Which Muppet Could You Take in a (Sesame) Street Fight?

We’ve all wondered it at one time or another: If put in a situation where we were forced to fight a Sesame Street character to the death — a sort of “two men enter, one man leaves” scenario, only one of the men is actually a cloth-covered hand with googly eyes — which character would we feel confident about facing in mortal combat?

What do you mean, you’ve never wondered this?

Okay, there are probably more appropriate ways to celebrate 50 years of a parent-tormenting but ultimately valuable, educational and progressive kids’ show (a show that’s won 189 Emmys, no less), but sometimes, you have to go with what feels right (pretty sure Big Bird sang a song about that once). So here you have it: the MEL staff on which Muppets (it’s not all strictly Sesame Street — sorry, list sticklers) we think we could take if it came to it. Apologies to your ruined childhood in advance. 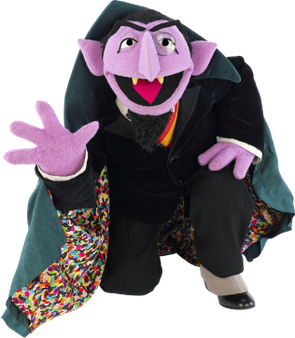 Miles Klee, Staff Writer: There are some Muppets you just don’t scrap with. Big Bird and Snuffleupagus are huge. Oscar the Grouch has nothing to lose. And, if anything, I’m more terrified of those Yip Yips aliens at age 34 than when I was in Sesame Street’s target demographic. But there’s one character I’ve been dying to deck in the face for years, and I’m damn sure there’s nothing he could do about it: The Count.

I mean, we get it. You count stuff, and you say the number “seven” weird. In that sense, you’re basically preparation for the math teacher who makes algebra utterly miserable. Fuck you. I will slap that damn monocle off your face. I’ll beat you into Mr. Rogers’ neighborhood, and I bet you’ll tally each blow as I pummel you in the cummerbund. You’re not even a vampire, really, just a dusty old goth with a few pet bats. Get wrecked. I promise to destroy this poser and hang his bloodied velvet cape outside my window as a warning to Ernie. (He knows what he did.)

Nick Leftley, Senior Editor: My pick is also the Count, but I’m going with a very different approach to what I fear may be Miles’ woefully underprepared one. Personally, I’m not taking the idea that he’s not a real vampire at face value at all. As far as I’m concerned, he’s exactly what he says he is, and that’s both his strength and his weakness. Because here’s the thing: We know how to kill vampires. Half the residents of Sesame Street are ill-defined, lumbering “monsters.” Who knows what kind of weird, supernatural powers they may have? At least with a blood-sucking member of the undead, I know where I stand.

So I see the battle going like this: As we first square up, I reach into my pocket and pull out a fist full of uncooked rice (not sand). I hurl it at the ground behind him, whereupon his obsessive, Rain Man-like need to count becomes his undoing. As he whirls around to tally the spilled grains, I bludgeon him over the back of the head with a Pittsburgh Automotive 20-inch four-way lug wrench (I figure this is worth at least +5 damage due to it being in the shape of a cross). This will only stagger him for a second, but that’s all I need, because I’ve already made my next move: Staking him right through his evil, black heart. Naturally, the concern here is that a regular wooden stake might not cleanly pierce a being made predominantly of fabric, which is why I’ve chosen as my weapon a 10-inch, heavy duty rosewood knitting needle.

As he falls to the ground, immobilized, I leap onto his chest and begin the real work of finishing him off, which as we all know with vampires, means severing the head. I’m unsure with a demonic muppet like the Count as to whether he’s just cloth and wires, or if there’s a possessed human hand in there, so I’m taking no chances: With a smooth back-and-forth motion, I proceed to hack off his skull with a 13-inch, stainless-steel, ring-handled Satterlee bone saw — more than enough to slice through any fingers still trying to force his mouth into speaking some ghastly incantation.

And that’s it: Nothing left to do but drag his headless carcass out into the street so it turns to ash in the light of the sun. You’re down for the count, dickwad. 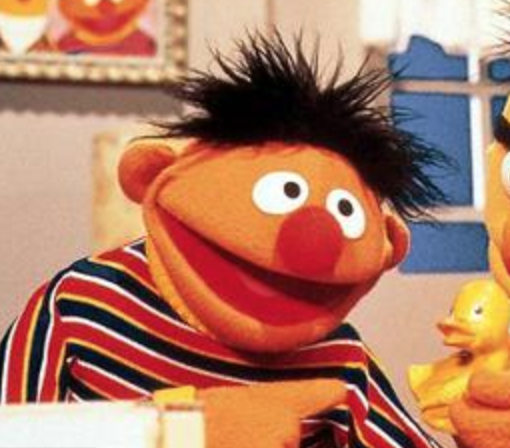 Ernest Crosby III, Video Producer: In an effort to reclaim and sustain my self-esteem, I choose Ernie. Ernie’s existence has plagued me — another Ernest — my entire life (also the Ernest Goes to Jail guy, but I digress). Being nine years older than me, Ernie was able to solidify his place in the world before me, but at this point, I do believe my contributions to society have by far surpassed his (no need to get into the particulars of that statement, but trust me, it’s undeniably true). To this day, in 2019, when burdened with introductions at random, I still get the occasional, “Ernie? Where’s Bert?” Imagine a grown person saying that to your face, then smiling afterwards — utterly ridiculous. So with this opportunity to take it to the streets, I have no hesitation in telling Ernie to catch me outside.

I’m not quite sure if you can sense the passion in my writing, so I’ll make it very simple: I plan to beat Ernie’s ass, no games. Yes, I realize this is a hypothetical situation, but that’s inconsequential to this fact. 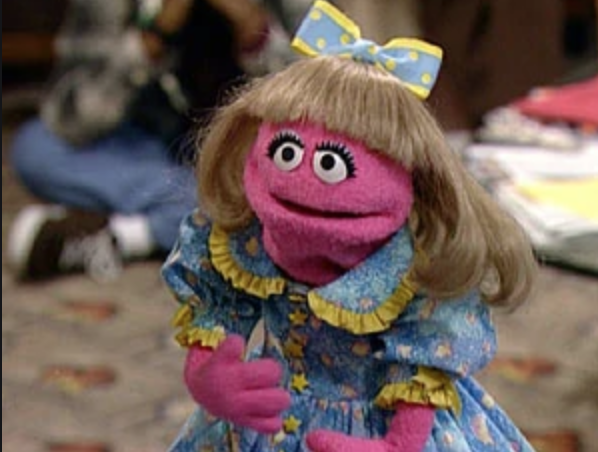 Brian VanHooker, Staff Writer: I’m pretty sure my choice makes me less of a man, but I feel like I could take Prairie Dawn in a fight to the death: She’s sweet and adorable and only about 18 to 20 inches tall. She is feisty and energetic, but I’m still pretty confident I could take her. I was, of course, taught to never hit a girl, but this is life and death after all! I’m not taking any chances going toe-to-toe with a monster of any sort — even a cute one like Elmo. The only danger I really fear with bludgeoning Prairie Dawn to a felted pulp is some sort of retaliation from her close buddy Herry, but I’d hope that the rules of the Noble Muppet Fight would be respected and there would be no reprisals. 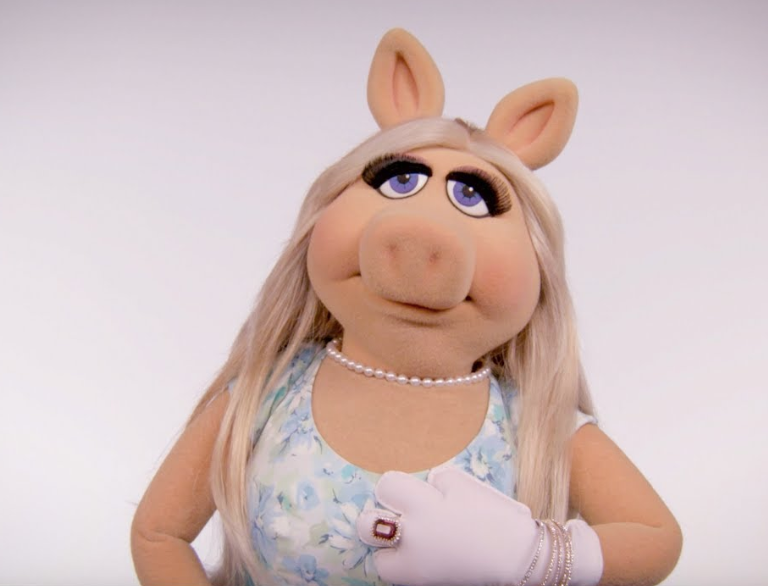 Erin Taj, Art Director: As the resident self-proclaimed Leo bad-bitch of MEL, the only real choice I have is to take on the notorious diva Miss Piggy. I have only one thing to say to Miss Piggy — PULL UP. As someone who’s been doing jiu jitsu for nine months (which, for the record, isn’t enough time to be good at jiu jitsu), I’m still confident I could take her stuffed-pig-ass down and kimura the shit out of her.

Her occupations are listed as: Actress, magazine editor, singer, talk show host, martial artist (karate is for six-year-olds you stuffed JOKE) and icon — see the resemblance? While I respect a woman with a solid career and a spicy presence, there really can only be one.

Tim Grierson, Contributing Editor: Not only could I beat up Elmo, I daresay Elmo is deserving of a beating. Where other Muppets were sweet and witty, Elmo always felt like a sop to unsophisticated kids. Most Sesame Street characters talked like adults, even if they were very immature (Ernie) or insane (Cookie Monster). By comparison, Elmo is basically a dumb red-furred toddler. And, sure, maybe we shouldn’t be advocating roughing up toddlers, but I’ll make an exception for that annoying sock-puppet. Plus, c’mon, he’d be easy to take: Elmo has really stringy arms and no eyelids. One quick jab to the cornea and he’s helpless. 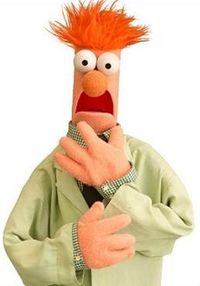 Jeff Gross, Social Media Editor: Personally, I’d love to give Beaker the hands. He’s the epitome of the exact kind of person I purposefully steer clear of: Skittish, soft as a marshmallow, always fucking shit up for everyone else and too dumb to learn from his many mistakes. The kind of guy who, if you were next to him in a foxhole, you’d frag the first moment you got. He’s like Season One Jesse Pinkman, except without Pinkman’s youthful cockiness. You just want to punch him square in the face. Not that it’d do much of a difference — Beaker is unkillable. Which, of course, makes you want to throw him down an elevator shaft even more. “Meep” this, motherfucker. 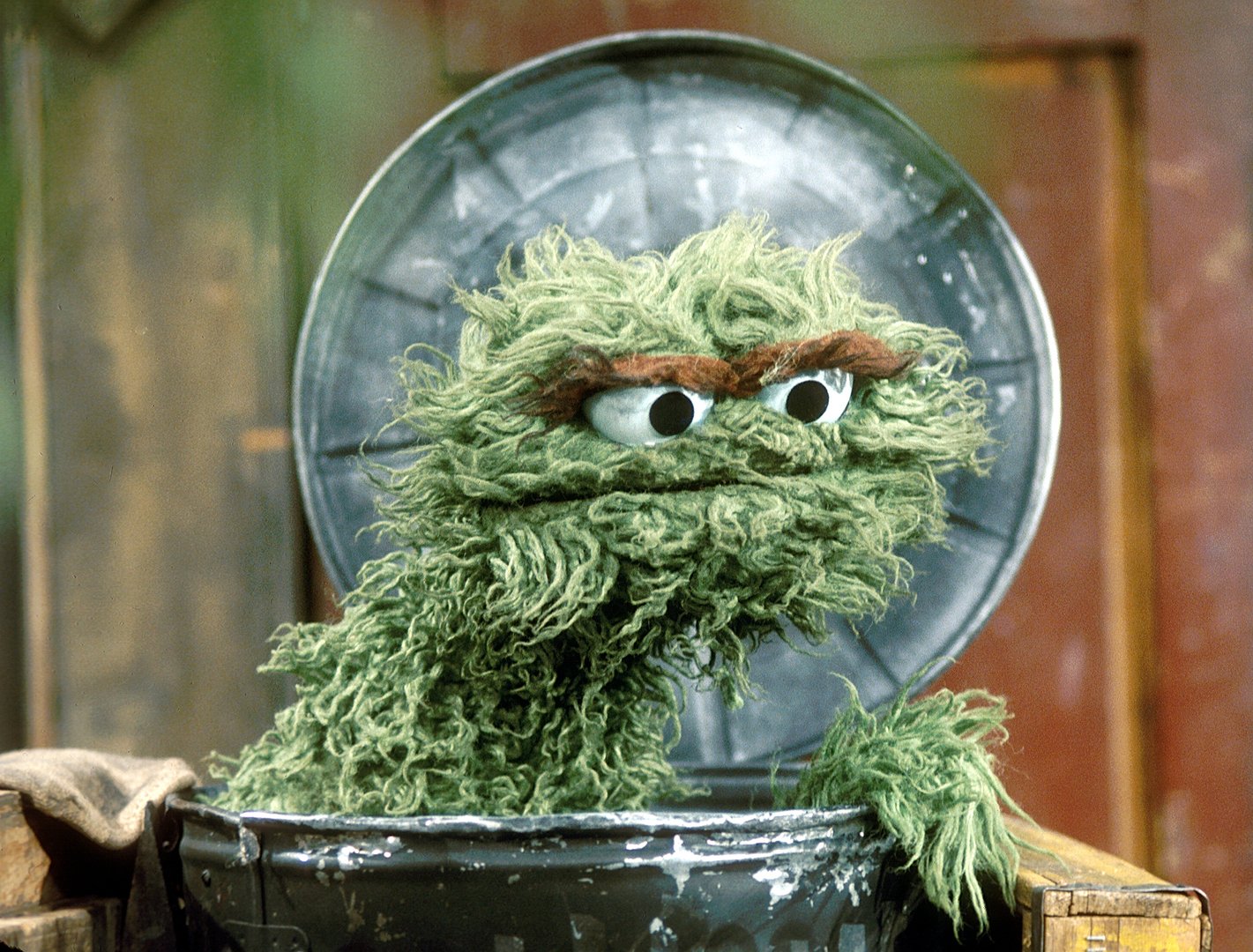 Magdalene Taylor, Editorial Assistant: While choosing the Sesame Street member I consider weakest would likely be the wiser move, I’d prefer to choose the character I consider my equal. Because imagine you miscalculated, and ended up dead by the hands of Elmo or Prairie Dawn. How embarrassing! If Oscar managed to take me out with a thwack to the head with the lid of his trash can, I’d die honorably, and I’d die how I lived: grumpy and surrounded by trash.