What Does the ‘Planetary Health Diet’ Mean for Me, an Average Guy Who Lives on This Stupid Planet?

Mostly, it means Captain Planet approves, and also, you’re probably going to be craving a burger

Less than two weeks ago, as Earth and its people spiraled increasingly closer to imminent devastation, an international committee of 37 scientists released a strongly-worded report urging humanity to adopt a new, planet-friendly diet.

Earth is kinda chill, I guess. Sooo… what’s this diet all about?

Globally speaking, the “planetary health diet” recommends that we reduce our red meat and sugar consumption by half while doubling our fruit, vegetable and nut consumption. How this pans out individually speaking, however, is a little more complex, since some countries regularly consume more red meat than others. For instance, the average American ate 222 pounds of red meat and poultry in 2018, whereas the average Chinese person ate nearly 140 pounds (and the Chinese have only recently begun eating that much). Meanwhile, in poorer regions like sub-Saharan Africa, populations could actually benefit from eating more animal products. All of which simply means some countries (and their people) might have a harder time implementing this diet, and others might need something else entirely.

And how does this actually play out for me, an average guy who also likes to, y’know, eat food?

The biggest requirement is that you consume less than half an ounce of red meat per day, which translates to about one quarter-pound hamburger per week, max.

The diet also recommends limiting white meat (such as chicken) to less than one ounce per day, which adds up to about two palm-sized chicken breasts per week.

It also recommends limiting your fish consumption to one ounce per day, and upping your vegetable consumption to about 10.5 ounces (or about two and half cups) per day. 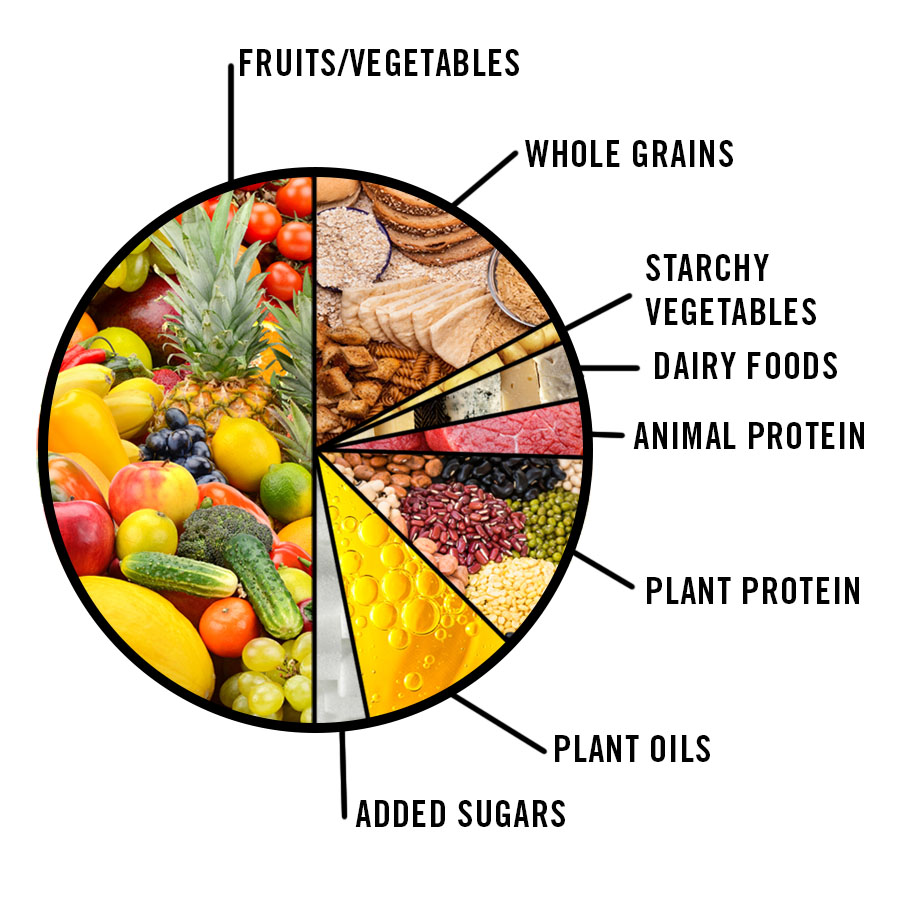 Dang. And this level of hideous deprivation is good for me, you say?

This diet is primarily plant-based, and numerous studies show that such diets are incredibly healthy when done right. In fact, nutritionist David Friedman, author of Food Sanity: How to Eat in a World of Fads and Fiction, recently told me that vegetarian diets can even provide enough protein to fuel bodybuilders:

“This doesn’t only apply to the average person: It also goes for athletes and bodybuilders who are intent on building lean muscle. If this sounds counterintuitive — that bodybuilders can gain enough muscle to compete professionally by eating a diet of only plant-based protein — I ask, ‘How does an elephant grow to 10,000 pounds by eating nothing except plants?’ They couldn’t grow that big if plants weren’t loaded with protein.”

I thought this was all about not making the planet die, though?

It is! And it would do a good job, too: A recent study shows that animal products generate 72 to 78 percent of total agricultural emissions that contribute to global warming, and this planet-friendly diet has us drastically cutting down on these products. Dana Hunnes, senior dietitian at the Ronald Reagan UCLA Medical Center, also recently told me that our penchant for hamburgers is devastating the environment:

“Each three- to four-ounce beef burger utilizes the same amount of carbon as driving a standard car for eight miles, and uses the same amount of water as taking a five-minute daily shower for three months. In fact, a recent Intergovernmental Panel on Climate Change report came out stating that, in order to avoid the worst effects of climate change and limit warming to 1.5 degrees Celsius (or even two degrees Celsius, at this point), we as a collective species need to significantly reduce our intake of red meat.”

Eating animals is kind of a pisser, huh?

Well, this report recognizes that animal agriculture isn’t 100 percent bad; however, the problem is that we’re currently consuming animal products at a rate that the planet simply can’t keep up with. The easiest way to tackle this problem, according to the report, is to adopt plant-based diets, like the one they recommend: “We estimated that changes in food production practices could reduce agricultural greenhouse gas emissions in 2050 by 10 percent, whereas increased consumption of plant-based diets could reduce emissions by 80 percent.”

And you’re sure this is gonna work?

Not really! But only because, if we expect to see real results from this diet, wealthy countries will essentially have to give up their gluttonous habits in order to help provide developing countries with much-needed food — in other words, it’s largely a matter of rounding out our current eating standards in a more sustainable fashion.

“In developing countries, this diet asks for more protein and calories than most people now get, and implementing it would go far when it comes to reducing malnutrition in these areas of the world,” Hunnes says. “Meanwhile, in developed countries, such as our own, this would go far when it comes to protecting the planet and the health of millions of people who might otherwise die from chronic diseases, such as heart disease, cancer and strokes.”

So — and I really am trying to ask this with a straight face — America needs to not only cut back on eating meat, it also needs to share with other countries?

That’s the major takeaway here, yes — that wealthier, meat-slamming countries — like, ahem, the U.S. and our burger-loving president — need to cut way back.

Well, if we try hard and incorporate this new, planet-healthy die—

But this new metho—