The Healing Power of Jigsaw Puzzles, An Astrologer on the Government Shutdown and Why Guys Get Off on the Sweet Smell of Pussy

I’m all about this piece on guys who have found relief from their mental health issues with the help of jigsaw puzzles. I, occasionally, get really bad anxiety — about work, about love, about the fact that I’m 34 and live in a one-bedroom apartment with my 13-year-old cat, etc. — and I’ve noticed that puzzles are incredibly helpful for taking my mind off of the terrifying shit in my life.

I don’t do jigsaws, mind you — I’m more of a crossword-puzzle kind of guy. I bought a New York Times subscription a few years ago, and I do about one or two puzzles a day on my phone. Personally, I think completing a Sunday crossword without any mistakes is right up there with a really satisfying bowel movement or mediocre sex, all of which has the power to reorient you mentally (yes, even the mediocre sex).

Moral of the story: Free your mind with some crossword puzzles.

“For Guys With Anxiety, Stress and PTSD, Jigsaw Puzzles Are More Than Just a Game”
Who would think that completing a 300-piece jigsaw puzzle might change someone’s life? Except that’s exactly what happened to Josh, an anxiety- and ADHD-suffering father of two, who received the puzzle as a gift and immediately noticed that he felt better and more empowered than ever. Josh isn’t the only adult male who’s found puzzles to quiet his busy mind. Quinn Myers spoke to several guys, including an Iraq War veteran with PTSD, who have taken to puzzling. Here’s what they love about it. READ MORE

The Employee Doth Poop Too Much, Methinks

Hey you! Yes, YOU, reading this on the toilet. I’ve got news for you, buster brown: Your corporate overlords are sick and tired of your 20-minute, pins-and-needles inducing shit breaks, and they’re breaking out the latest technology to speed things up.

When you get a vasectomy, only to realize you’ve made a huge, tiny mistake, if you want a reversal done right you see Dr. Philip Werthman, king of vasectomy reversal. Werthman, whose success rate hovers at a ridiculous 99 percent on a procedure that normally only works 60 percent of the time, has a motto: “Make the impossible possible.” And it’s been his north star while helping men bring 3,000 babies into the world.

Jack Frost, Ain’t Got Nothin’, On Me

You think you’re tough? Pfft, you’re not tough. Not until you’ve played football wearing as few layers as possible in zero-degree weather. THAT’S WHAT REAL MEN DO.

‘You Learn to Drive on This Car?’ 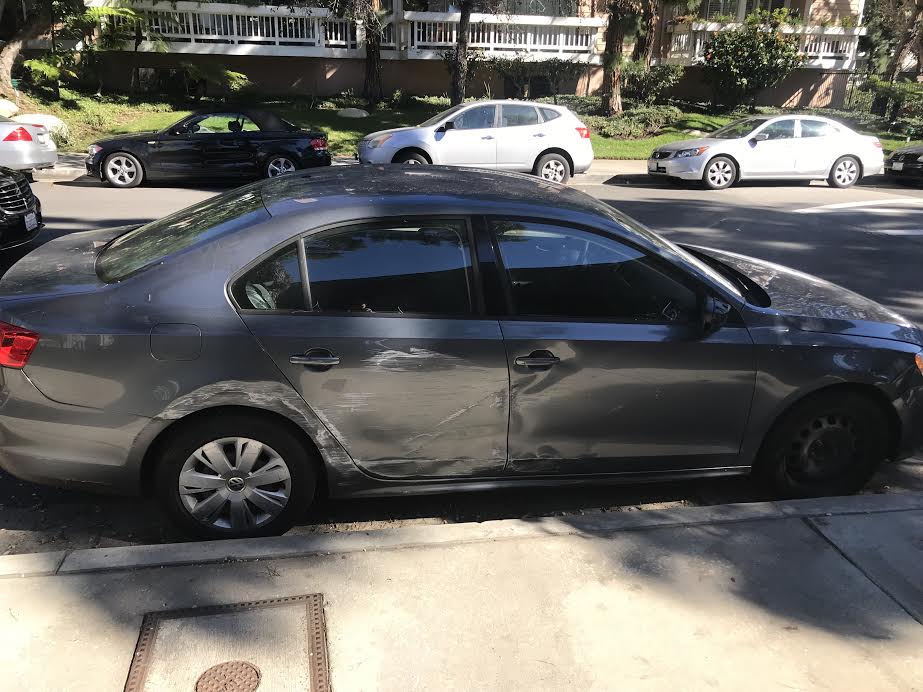 It’s so jacked up that it’s given Klee a complex — a complex that begins to flex its anxiety-inducing wings whenever it’s time to hand his keys to a valet. That’s because valets have straight-up roasted his car to his face on more than one occasion. Which, in classic Miles Klee fashion, has resulted in both devastating humiliation and a hardened resolve never to get the car fixed.

Should Have Put a (Better) Ring on It

Ring shaming is a rigged game no one wins. Proposers get clowned for their bad taste in engagement rings; proposées get clowned for being shallow, ungrateful, critical harpies. Thankfully, there are a lot of ways to avoid a ring disaster altogether, saving everyone the inevitable shame and criticism. Here are a few easy guidelines.

How Have Guys Made It This Far, Honestly?

A buddy of mine sat on his balls in the pub one night, and I spent about five minutes making fun of him. Then I went to the bar for drinks, came back and sat on my balls.”

Last month, a redditor who admitted to cutting his nutsack open in a futile attempt to manscape encouraged others in an r/AskReddit thread to share their most humiliating “man moments.” As you might imagine, the results are extremely man-barrassing.

It’s Day 33 of the partial government shutdown, and nary a soul has a clue when the stand-off between President Trump, Speaker Pelosi and Senator Schumer will end.

In this week’s edition of Dude-Strology, MEL’s Chief Astrology Officer, Taj, looks to the stars to determine whether our Gemini president will be able to bend the will of the Aries and Sagittarius Dems.

It’s definitely an aphrodisiac. It’s so sweet and makes me feel good. Sometimes after sex, I can still smell her pussy on my dick, and I like it. It makes me feel like, ‘This is my pussy.’”

You might be surprised by the number of men with a fondness for eau de vulva, aka, the smell of a vagina. In fact, that scent of fish, weed, pennies, beef, bleach and/or kombucha has been known to work men into a testosterone-fueled lather. Which should come as no surprise since that all-consuming desire some guys get from the sweet stench of pussy is simply evolution, baby.