The greatest anti-war movie ever made. One of Quentin Tarantino’s favorite Hong Kong flicks. A psychological horror film that’s perfect for our coronavirus age. All you need is a subscription to cinema’s best streaming service.

There are so many classic films available on so many streaming services that it can feel like if you’ve subscribed to a couple — say, Amazon or Netflix — that you’re pretty much covered. And even then, plenty of movies can be rented on Amazon, YouTube, iTunes or Vudu — and that’s to say nothing of the random free sites like Tubi or Popcornflix.

But one site still stands head and shoulders above the rest, and that’s the Criterion Channel, which is the online arm of the Criterion Collection, that wonderful film-loving company that puts out gorgeous DVD and Blu-ray sets of the world’s most important movies. A subscription gives you online access to almost everything in the collection, but since so many of its movies are also able to be rented or purchased on Amazon or elsewhere, I started wondering: What unique cinematic treasures are only available digitally on the Criterion Channel. What weird, quirky, amazing jewels could I find there and nowhere else?

Thus began my deep dive. Below are 10 great Criterion Channel films that are currently exclusive to the site. Movies drop in and out of digital availability all the time, but if you have a Criterion subscription — or are thinking about getting one for yourself or someone else — let these picks be an enticement to dig into the company’s more eclectic items. 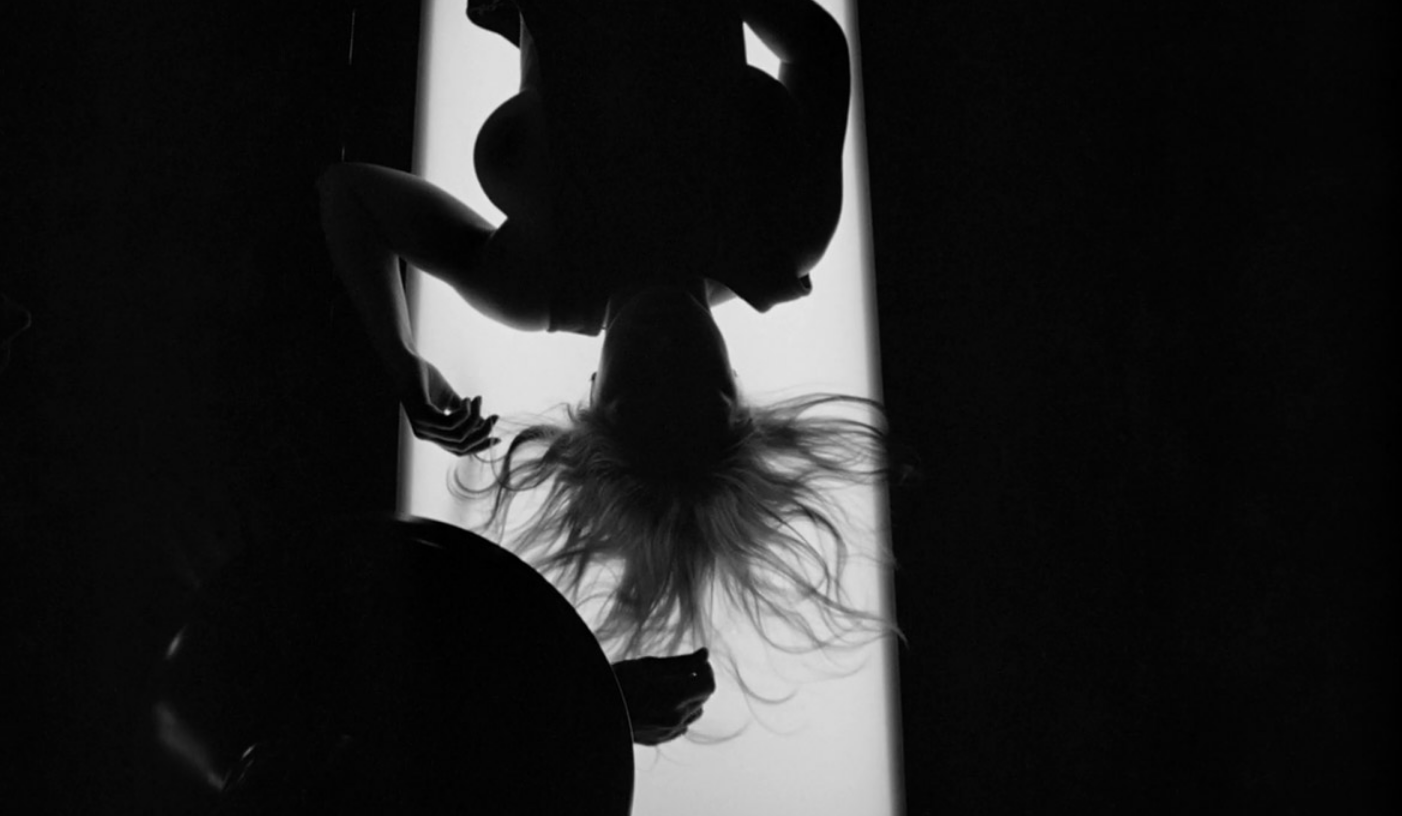 Why’s It So Great? Wonder how the man behind Scanners and Videodrome got his start? David Cronenberg’s first feature was this bizarre whatsit, reportedly shot for only $8,500. Long before the found-footage craze, Stereo was a playful (and kinky) riff on the genre, and the movie’s sci-fi/horror trappings hint at where the acclaimed filmmaker was heading. The film sometimes pops up on YouTube in its entirety, but its naïve, perverse beauty has a permanent home on the Criterion Channel.

What’s It About? I’ll let Criterion’s plot description do the heavy lifting: “Letters from Chantal Akerman’s mother are read over a series of elegantly composed shots of 1976 New York, where our (unseen) filmmaker and protagonist has relocated.” 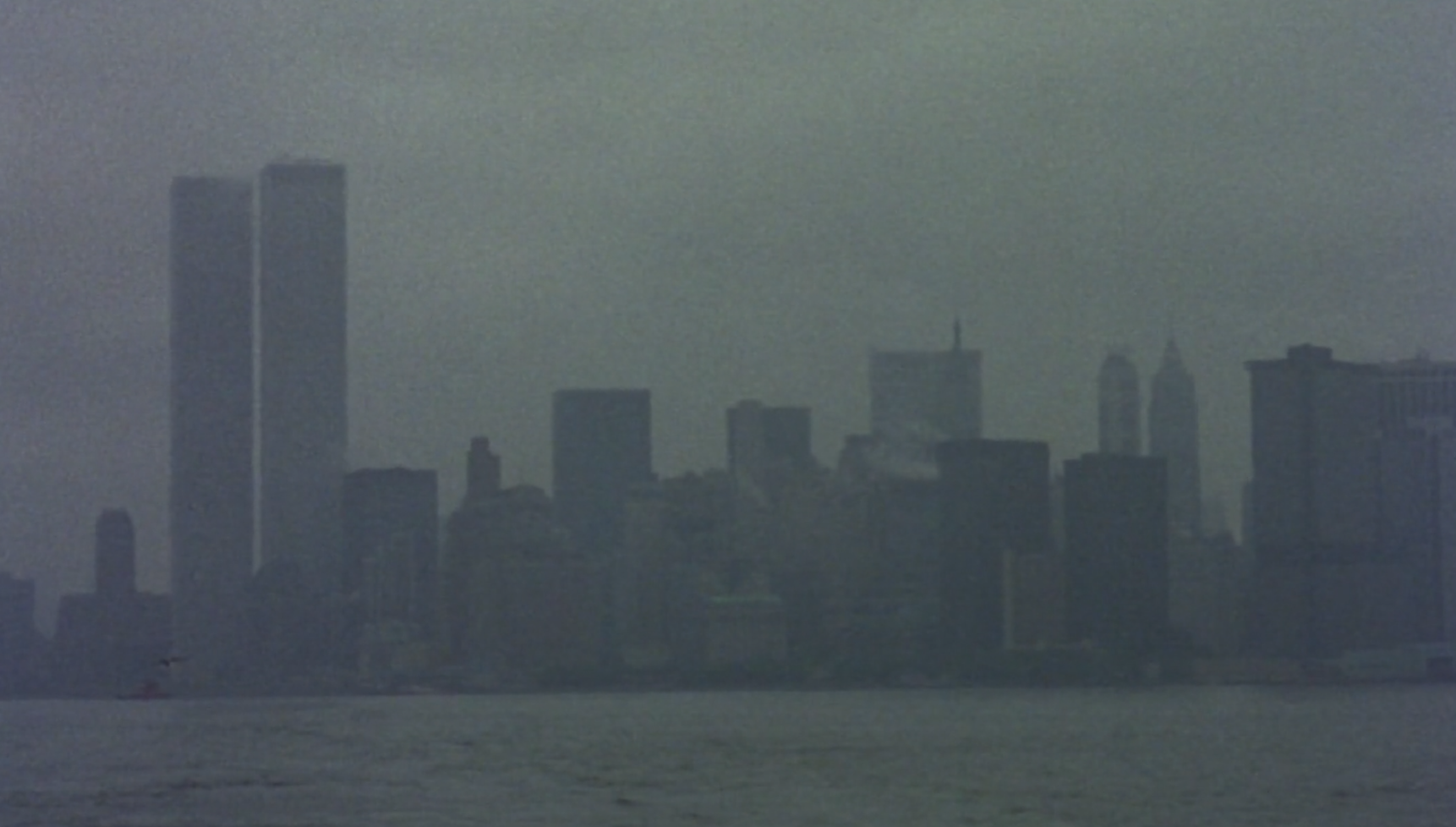 Why’s It So Great? Akerman, who took her life in 2015 at the age of 65, was a master of conveying isolation and alienation. Jeanne Dielman is her apex, but News From Home cuts almost as deeply — and is even more autobiographical. This nonfiction film consists of two elements — Akerman’s images of New York and her voiceover reading of her mom’s letters from back in Belgium — and the juxtaposition could make anyone homesick. Even though we never see Akerman (or her mother), we get a sense of both through the letters, which convey a parent’s concern for her child who’s far away from home. Some context helps — at this time in her young life, Akerman had moved to America to further her burgeoning film career — and News From Home suggests that, no matter how far away we venture, a part of home always stays with us. Plus, you get a great look at 1970s New York.

Why’s It So Great? The best anti-war film ever made? Yep. Director and co-writer Elem Klimov fills the screen with carnage and madness, making combat look far from glamorous or romantic. Largely, it’s terrifying and nonsensical, and Kilmov never lets us feel safe as the threat of death lingers around Flyora.

Come and See took nearly 10 years to get made because of resistance from Soviet censors, and what emerges hardly pulls its punches, depicting the pure evil of the Nazis in unflinching terms. (You will never think of the phrase “Kill me” the same way after watching this film.) Come and See recently got re-released in a restored print, and hopefully that version will be available digitally soon — but for now, the Criterion Channel is the only place you can witness its savagery and mastery.

What’s It About? Joe Mantegna plays Bobby Gold, a smart Jewish cop in New York who’s assigned to solve the murder of an older Jewish woman, but what he uncovers begins to make him question his identity and who was behind this killing.

Why’s It So Great? When you think of David Mamet, you probably flash to his swaggering studies of masculinity, like Glengarry Glen Ross, or intricate puzzle thrillers such as House of Games and The Spanish Prisoner. But Homicide is something different: a character study that contains all of his trademark arch dialogue but also a deeply melancholy acknowledgment of what happens when people lose a sense of themselves. Mamet’s work is often about deception — usually through scams or cons — but veteran character actor (and Mamet regular) Mantegna gives us a detective who’s only fooling himself, pretending his Jewishness doesn’t matter to him when, in fact, his heritage might mean more than he realizes. The sort of thoughtful, grownup whodunit we just about never see anymore, Homicide is the great forgotten Mamet movie.

What’s It About? An angry man named Johnny (David Thewlis) journeys from Manchester to London, hoping to reconnect with an old girlfriend. But everywhere he goes, he just brings about pain and sorrow.

Why’s It So Great? When people talk about movies being “hard to watch,” they usually mean gory horror films or brutal Holocaust dramas. But Naked is in its own category, telling the story of an absolute reprobate who’s such a miserable bastard that you couldn’t even call him an antihero. Johnny is, quite simply, a bad person — the film begins with him briefly raping a woman — and Naked is a bleak scream from a character (and the people he encounters along the way) who have lost hope in society, and decided to take their animosity out on the world around them. Writer-director Mike Leigh is one of the best filmmakers around — his award-winning Secrets & Lies is also currently unavailable for streaming except on the Criterion Channel — but he’s never made a movie this filled with dark rage. Prepare yourself.

What’s It About? Two separate single cops (Takeshi Kaneshiro and Tony Leung Chiu-wai) deal with their recent breakups by spending time in the same fast-food joint, each of them encountering unexpected romantic entanglements.

Why’s It So Great? Hong Kong writer-director Wong Kar-wai is a giant of world cinema thanks to films like In the Mood for Love, but Chungking Express was his first explosion, and in America it was helped along by Quentin Tarantino, who at the height of his Pulp Fiction popularity helped secure U.S. distribution for the movie. An intoxicating mix of genres — Is it a crime drama? An oddball love story? A treatise on modern-day loneliness? — Chungking Express glides along on Wong’s intoxicating swirl of colors, music and emotion. (Plus, its bifurcated narrative was very much in keeping with the hip, postmodern cinema of the 1990s.) Few films so nicely capture what it’s like to be pining for someone who broke your heart — or how it feels to fall head over heels for someone new.

What’s It About? In the late 1980s, a bored housewife (Julianne Moore) finds herself growing progressively sicker. The problem is, doctors can’t figure out what’s wrong with her. Is she somehow allergic to modern life itself? And if so, is there any cure?

Why’s It So Great? Safe was one of the first great starring vehicles for Moore, who graduated from As the World Turns to becoming a beloved Oscar-winning actress famous for challenging indies like Magnolia. In the 25 years since Carol writer-director Todd Haynes premiered this unsettling psychological horror film, its story of a woman made sick by unknown forces has become a disturbing metaphor for everything from AIDS to our current pandemic. (As W recently put it, Safe’s “themes of mysterious illnesses, social isolation and the despair of trying to protect yourself and recover from a misperceived threat are all too relevant at the moment.”) Safe will scare the hell out of you — both for its depiction of an unknown menace and its commentary on the touchy-feely ways that we as a society try to combat the fears we can’t control.

What’s It About? Badii (Homayoun Ershadi) goes in search of someone to execute an odd task: He wants a friendly soul to volunteer to bury him after he commits suicide.

Why’s It So Great? Iranian filmmaker Abbas Kiarostami produced a series of terrific, provocative movies, including the genre-bending Close-Up and the enigmatic love story Certified Copy, and Taste of Cherry tells a simple story to ask a profound question: What do we want our end to look like? This is a most unusual road-trip film, and the people who Badii picks up in his car react to his strange request in different ways, raising questions about whether suicide is a selfish act and what (if anything) makes life worth living. Taste of Cherry is full of mysteries, including what happens after we die. Decades later, people still debate the ending — and why Badii wants to kill himself in the first place.

What’s It About? Several generations of a Taipei family deal with loss, love and regret.

Why’s It So Great? One of the great family dramas of this century, Yi Yi creates a beautifully interwoven series of naturalistic stories that encompass weddings, funerals and unexpected reunions with former lovers. Written and directed by Edward Yang, who died in 2007 at the age of 59, the movie runs three hours and seems to engage in every aspect of life, just as wise about what it’s like to be a kid as it is insightful about facing mortality. Yi Yi makes our ordinary existence seem extraordinary. But mostly, it’s a film about family in all its complexity — how they’re the people who know you best and yet don’t understand you at all.

What’s It About? An older man (a local simply named Ventura) checks in on his neighbors in a Lisbon housing project, all of them trying to survive despite having few resources.

Why’s It So Great? Perhaps you’ve heard of slow cinema, an extremely minimalist style of filmmaking that prizes long takes and a glacial pace. The idea is to hypnotize the viewer through the unhurried rhythms, getting you to slow down your heartbeat so that you can fully absorb every detail of the frame. Portuguese director Pedro Costa is a maestro of the form, and Colossal Youth might be his most celebrated work.

Working with non-actors, Costa has fashioned a deliberately methodical portrait of poverty, combining documentary and fiction, and it requires patience to acquiesce to its slow flow. But if you can — and the absolutely gorgeous photography helps — then you may feel like you’ve been transported to another world. Colossal Youth is almost punk rock in its high-art aspirations, eschewing plot and character development for unflinching looks at ordinary people in desperate times. It’s the sort of ambitious, risk-taking film that Criterion was put on Earth to champion.