The new Amazon series features cool robots, parallel universes and weird surprises. But what the characters really need is a hug.

One of science fiction’s appeals is that its characters can do almost anything. They can make contact with aliens. They can visit the outer edge of the cosmos. They can travel through time, have robot best friends and show off cool martial-arts moves a la The Matrix. But what’s so satisfying about Tales From the Loop, Amazon’s superb new sci-fi drama series, is that despite the fancy technology and Twilight Zone-like strangeness embedded in the show, it’s a program that’s very much about our human limits. We might one day have jetpacks or flying cars, or be able to navigate across the multiverse, but even then, we won’t be able to conquer loneliness and loss. Most sci-fi could be described as transporting. Rather beautifully, Tales From the Loop leaves us stuck with who we are.

Based on Simon Stålenhag’s book, the show is set in an unspecified past — probably the 1950s — in a small town in Ohio that just happens to feature the occasional robot or floating tractor. That’s because of the Mercer Center for Experimental Physics — or “the Loop,” as the locals call it — which is run by the kindly, bearded genius Russ (Jonathan Pryce). As Russ informs us at the start of Tales From the Loop, the center’s purpose is “to unlock and explore the mysteries of the universe. As a result of our unique research, you will see here sights that you would say were impossible. And yet, there they are.”

Coming across as a grandfatherly Rod Serling, Russ seems to be setting us up for a show full of astounding wonders and weird curiosities. But in the three episodes made available for critics, Tales From the Loop provocatively keeps undercutting those expectations. None of the astonishments in store will make the characters feel any better about their perpetual unhappiness. Made long before our current pandemic, Tales From the Loop is here to remind us that we’ve always been miserable.

Though not quite an anthology series, the program doesn’t have the tight episode-to-episode storytelling that we see in most dramas. (As proof, look no further than the fact that episodes one, four and six were selected for reviewers. I don’t feel like I missed crucial plot points since the 50-minute episodes are all self-contained, despite crossover characters.) Showrunner Nathaniel Halpern (a writer on Legion) has fashioned each chapter almost like a short story. Unlike The Twilight Zone, there isn’t a moral at the end — or an O. Henry-esque twist. Instead, each episode subtly introduces a random sci-fi narrative staple — like, say, the phenomenon of parallel worlds — although the trope never impacts in quite the way you anticipated.

To explain further would lead to spoilers, but let me just say that if you’re someone who finds sci-fi programs to be obnoxiously nerdy or pretentiously dystopian, Tales From the Loop will be a relief. The most sci-fi thing about the series is its commitment to telling thoughtful stories, albeit in a genre-y setting.

Russ is the first character we meet, but the show (at least thus far) is as much about his family and those in his orbit. In the first episode, a young girl (Abby Ryder Fortson) goes looking for her mother, who has disappeared, aided in her quest by Cole (Duncan Joiner), who’s the son of Loretta (Rebecca Hall), Russ’s daughter-in-law. Like Russ, Loretta works at the Loop, which has been built under the city and is shrouded in mystery. Part of Tales From the Loop’s fun is piecing together how this alternative history works — how rotary phones and mid-century automobiles coexist with high-tech prosthetics. (Loretta’s husband George, played by Paul Schneider, has a fully mechanized arm.) But at the same time, we’re unscrambling the specific emotional need that each episode’s protagonist is facing, and in the pilot, it becomes this girl’s fear of being abandoned — and how the answers she gets leads to profound questions about those voids inside us that never get filled, no matter how old we get. 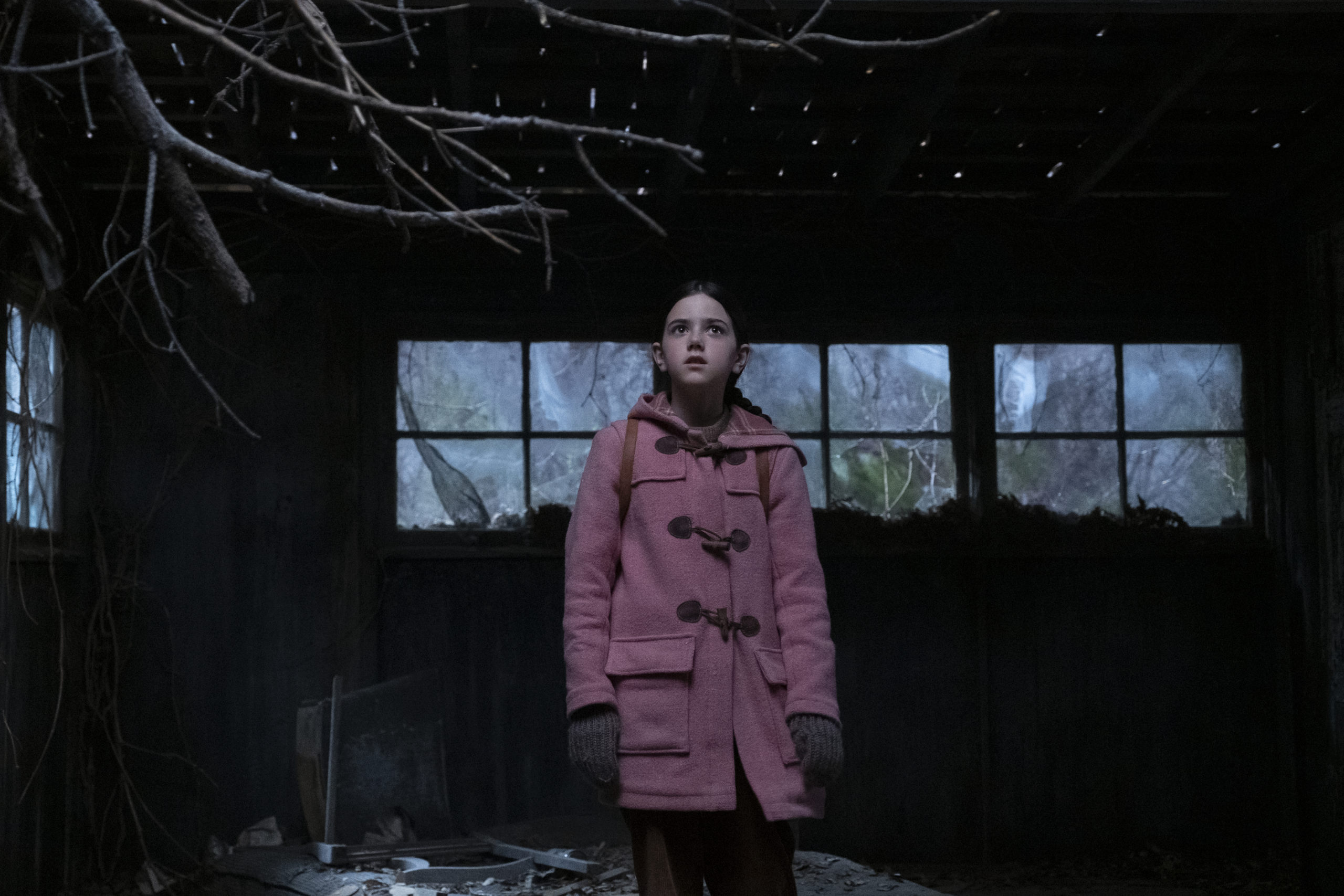 If anything, the other two episodes are even more devastating. In one, we see how close Cole is with his grandpa, but once Russ drops a bombshell on the boy, it tests the limits of just how many amazements the Loop can conjure up. The power of science fiction stems from its ability to bend the rules of science and nature — to dream up a new reality that transcends our sad present — but just like Cole, viewers of Tales From the Loop will learn that even the Mercer Center for Experimental Physics can’t produce miracles. Some of the most painful aspects of life exist even in this realm, and the characters have to make peace with that.

Halpern and his cadre of accomplished directors — Mark Romanek (Never Let Me Go), Andrew Stanton (Wall-E) and Charlie McDowell (The One I Love) helmed the three episodes I’ve seen — ground the show in a mundane, rural Midwest. People don’t talk about flux capacitors, warp drives, dilithium crystals or quantum mechanics. Tales From the Loop’s characters treat the science fiction around them in the same way that a lot of us treat our smartphones — as just this incredible thing that we don’t entirely understand.

In the third episode, about a single, lonely Loop security guard named Gaddis (Ato Essandoh) who suddenly finds himself in another reality — encountering an unexpected friendly face — the “how” and “why” of what’s happened doesn’t matter. Instead, the chapter, called “Parallel,” is entirely invested in Gaddis’ realization that the sensation of feeling alone can come in many different forms — including when being surrounded by others. Gaddis can barely bother to be wowed by the scientific anomaly that’s occurred — ordinary life, with all its disappointments and daily demands, are too busy pulling on Gaddis for him to care.

This is a running theme in Tales From the Loop, which like so much sci-fi comments on our modern times through a skewed, fantastical perspective. Except, the inhabitants of Mercer don’t really feel like their reality is that fantastical. Death, aging and sadness are rampant — as impressive as the secrets of the Loop are, our core human frailties are impervious to its magic. There’s real poignancy to the notion that neither science nor sci-fi can appreciably upgrade our lives — what we’re lacking isn’t technological advancement but, rather, a fundamental shift in how we see ourselves. The characters in Tales From the Loop reside in a world where so much is possible, yet they can’t escape themselves.