Why Does Every Stupid Lie Begin With a Cousin Reference?

Rap superstar Nicki Minaj, living up to her “you need the bad guy” ethos, ignited a firestorm this week with a series of tweets discussing vaccines for COVID-19. Although she confirmed that she’s not vaccinated herself — which might have been controversial enough — this revelation was overshadowed by what may go down as the most notorious piece of misinformation in this pandemic. According to Minaj, the vaccine gave her cousin’s friend a hugely swollen scrotum.

For the record: The vaccines are safe and effective, and they don’t cause painfully engorged testicles. That symptom, moreover, could indicate an STI like chlamydia or gonorrhea. The coronavirus itself can also infect the testes, causing pain there, and some men who contracted COVID-19 are now struggling with erectile dysfunction as a long-term outcome. If you care at all for the health of your dick and sack, getting the shot is the absolute smartest thing you can do, meaning Minaj’s claim isn’t just wildly off-base — it’s a disastrous inversion of proper guidance.

Beyond simple fact-checking, though, there’s something else in the tweet that should give us pause. I think New Yorker writer Vinson Cunningham sums it up quite beautifully here:

Yes, the cousin. “My cousin.” There is something so untrustworthy about a speaker who invokes their cousin to advance a dubious line of thinking. I noticed, too, that although the allegedly massive nuts in question belong to Minaj’s cousin’s friend back in Trinidad, many of the commentators joking and riffing on the post erroneously attached them to the cousin instead. It’s as though everyone understood this allusion to a semi-distant relative as the true bullshit, the little giveaway word that tells you the anecdote to follow is in no way a reliable one.

I wouldn’t accuse Minaj of making this up out of whole cloth. I believe she heard, through her cousin, some third-hand gossip describing a guy whose wedding was called off because his nads exploded and he couldn’t get hard anymore. It’s also possible this happened after he got the vaccine, and that he went so far as to blame the drug. Even then, however, this wouldn’t prove causation, nor does it qualify as “research.” And still, the cousin detail would nag at us. As a source of data, the anonymous cousin (who has a friend) may as well be the fictional girlfriend from sleepaway camp who “goes to another school” or “lives in Canada.”

The cousin is also close in spirit to the Letterboxd user who wrote, for a review of the 2019 film Joker: “This happened to my buddy Eric.” This phrase became a copypasta meme for whenever you feel like inventing a flimsy connection to the topic at hand. That’s precisely what Nicki Minaj did. 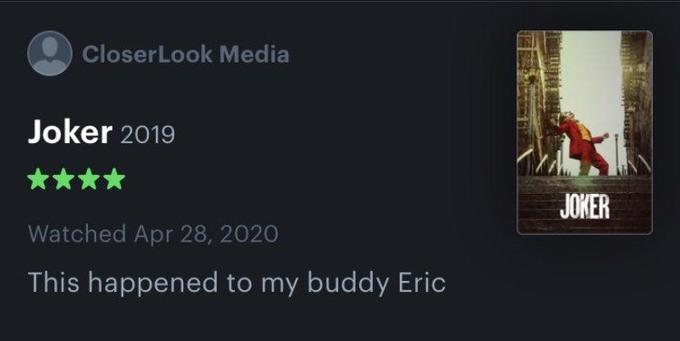 Do I believe cousins are inherently unreliable? Of course not. I have many fine, honest cousins — although some are prone to exaggeration. The problem, I suspect, lies in the nature of the pipeline. Your cousin tells you a story, and since it’s not about anyone you know, they gussy it up a bit. You’re so impressed that you want to relate the story to a new audience, and since these people don’t know your cousin or their acquaintance, you’re free to distort it even further. It’s the same for urban legends as it is for anti-vaxx Boomers fearmongering on Facebook.

In the case where you’re outright lying, the cousin is a blank and suitable proxy. Foisting your beliefs, opinions or experience onto them is a way of insulating yourself from consequences. Someone easily proves you wrong? Oh, well, it was my cousin who said it. While the familial relation carries an implicit credulity — my own flesh and blood wouldn’t lead me, or us, astray — the link is also helpfully fragile and unspecific. You can cut the cousin loose without a second thought, and without a name, nobody can follow the narrative back to its point of origin. Were Nicki Minaj to relay a falsehood she picked up from one of her brothers, we’d have a short list of people to ask for clarification. “Cousin,” meanwhile, is a dead end that allows for maximum deniability.

That’s why, however much we love our cousins, a society that depends upon their word of honor is untenable. Frankly, it would be chaos. Don’t let anyone slip a cousin reference past you — demand corroboration from a non-cousin. It’s the only way to be sure.

As for Nicki Minaj’s cousin’s friend: Sorry, pal, about the breakup, and your balls. At least you’re famous now.