We had a chemist break it down, because what the hell else is there to do anymore

I know this may come as a life-shattering surprise to you, but the delicious, citrus-packed, caffeine-loaded, brotastic soft drink known as Mountain Dew is not — nor does it contain — actual dew from a mountainside. Sure, with over 100 factories here in the U.S., some water sources for Pepsi products may be mountain-adjacent, but they are most certainly not dew — of that, you can be sure.

So then, why the misleading name? Well, Mountain Dew was born in 1932 in the foothills of Tenessee’s Smoky Mountains. Intended as a mixer for whiskey, the brew got its name from the slang term “mountain dew,” which referred to mountain-brewed moonshine. Eventually, people figured out that Mountain Dew was pretty rad in its own right, so they began drinking it sans-whiskey. Then Pepsi bought the product in 1964, and the rest, as they say, is history.

But I’m still stuck on the name. If Mountain Dew isn’t actual dew, how does it compare to its namesake? Are they similar in any way? How do they differ? Can boring-old clear dew even remotely compare to the neon-yellow Mountain Dew? And while we’re at it, which is superior, Dew or dew?

To answer these obviously important scientific questions, I reached out to several dozen chemists, most of whom ignored me or turned me down flat. However, YouTuber and chemistry graduate student Johnny Varelas was happy to take this on and agreed to break down both mountain dew and Mountain Dew, all the way to the molecular level.

That covers the first kind of dew, so let’s move on to the one made by Pepsi. Mountain Dew’s current ingredients list is as follows:

The first ingredient on the list, carbonated water, is only a bit more interesting than it’s non-carbonated counterpart, as most of it is going to be H2O with the occasional bit of carbon dioxide (or CO2) in there as well.

The second ingredient is high fructose corn syrup, which Varelas explains is a sugar replacement that consists of a mixture of glucose and fructose. Both of these are simple sugars, and they both have the same chemical formula of C6H12O6, though they’re arranged differently on the molecular level. 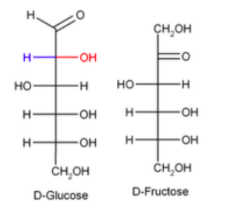 The third ingredient is concentrated orange juice, but Varelas explains that, to break that down, it would take explaining every single element inside of an orange, which could fill paragraphs worth. So all you need to understand here is that it’s an orange all squished up, minus any excess water. Much of that is going to be citric acid, which is also the next ingredient in Mountain Dew. Citric acid is used for flavoring, but it’s also a “chelating agent.” Varelas explains, “Chelating agents are in a lot of foods because they prevent taste spoiling, preserve the color and improve the shelf life of the product.”

“Natural flavors” is listed next, but since the FDA allows companies to be this ambiguous in its description of flavoring agents, we’ll just have to move onto sodium benzoate. Another preservative, Varelas explains that this is “the sodium salt of benzoic acid.” In this context, a “salt” doesn’t mean table salt — instead, it just has to do with how the ions are charged. Frankly, I found this to be really confusing, so all you need to know here is that it also preserves the taste and color of the Dew.

All important caffeine is up now, which is C8H10N4O2.

This brings us to sodium citrate, which is yet another preservative. It’s “an acid salt of citric acid,” and no, I don’t know what that means.

Next, we’ve got gum arabic, which Varelas says is “a natural gum, composed of the mixture of two species of plants, acacia senegal and vachellia seya.” Because these are plants, it’s kind of like the orange, where it’s just too much shit to actually break down (particularly for me). These ingredients help the other items all “stick” together — without them, the sugars and other stuff would separate.

Holy Christ, erythorbic acid is yet another preservative designed to preserve the color. How many fucking predservatives does Mountain Dew need? Anyway, this element is another jumble of shit that I don’t really understand. It kind of looks like a dude with a really long arm.

EDTA follows, which Varelas says is controversial because it has some negative health effects associated with it, but in very small doses — like in Mountain Dew — it shouldn’t cause any issues. Oh, in case you’re wondering, it’s also a preservative.

Finally, we come to the final ingredient, yellow 5, also known as tartrazine. This one actually gives Mountain Dew its bright hue, as opposed to every other ingredient, which simply preserves that color for all of eternity.

Okay, so, I (just barely) made it through all the ingredients of Mountain Dew, which are all the above molecules mixed together in a bright yellow soup of sugar and preservatives. The only bit of business left is to determine is, which is the superior dew? On one hand, it could be argued that the soda is better by virtue of its magical, addictive taste. On the other hand, the beautiful simplicity of plain water didn’t have me down multiple doses of Excedrin Migraine to understand it, so it really could go either way.

Before rendering a verdict however, another scientist I reached out to — flavor chemist Terrence Miesle of Sensient Flavors — suggests that I consider one more thing. “The water used in a soda is filtered and treated to be exceptionally pure,” he says. “In contrast, dew is full of life, from algae and microbes to animals like tardigrades and the nutrients which feed it all. These organisms hydrate and dehydrate with the cycle of condensation and evaporation.” So, while Mountain Dew may feed the caffeine and sugar fixes for dudes all over the world, actual dew provides far more for the planet, including adorable tardigrades, those teddy-bear-looking microorganisms that everyone loves nowadays.

Given that — and for the sake of the tardigrades — mountain dew clearly wins out over Mountain Dew (sorry dudes).