Somehow, Chicago managed to avoid any kind of real snow accumulation throughout late January, making my daily runs cold, but mostly normal. Until, that is, this week, when we got dumped on. And now, I find myself at a crossroads. Given the pandemic, I’m unable to purchase a gym membership to while away the winter on a treadmill, and seeing as my outdoor runs have become something of a mental health necessity, switching to indoor YouTube exercises at home isn’t an option either.

So there’s gotta be a way to run outside when there’s snow on the ground, right?

According to the running community on Reddit, it’s certainly possible, but doing so safely requires a few changes to your typical routine. First and foremost, you need to shorten your stride. As much as you might want to bound through the snow and over ice patches, it only leaves you at higher risk of falling on your ass.

Given the obvious injury potential, you might be thinking, Why not simply wait a few days until the streets are clear? To which I say, clearly you’ve never lived in a frigid tundra where the only people who give less shits about snow removal than landlords is the city itself. I mean, look at this: 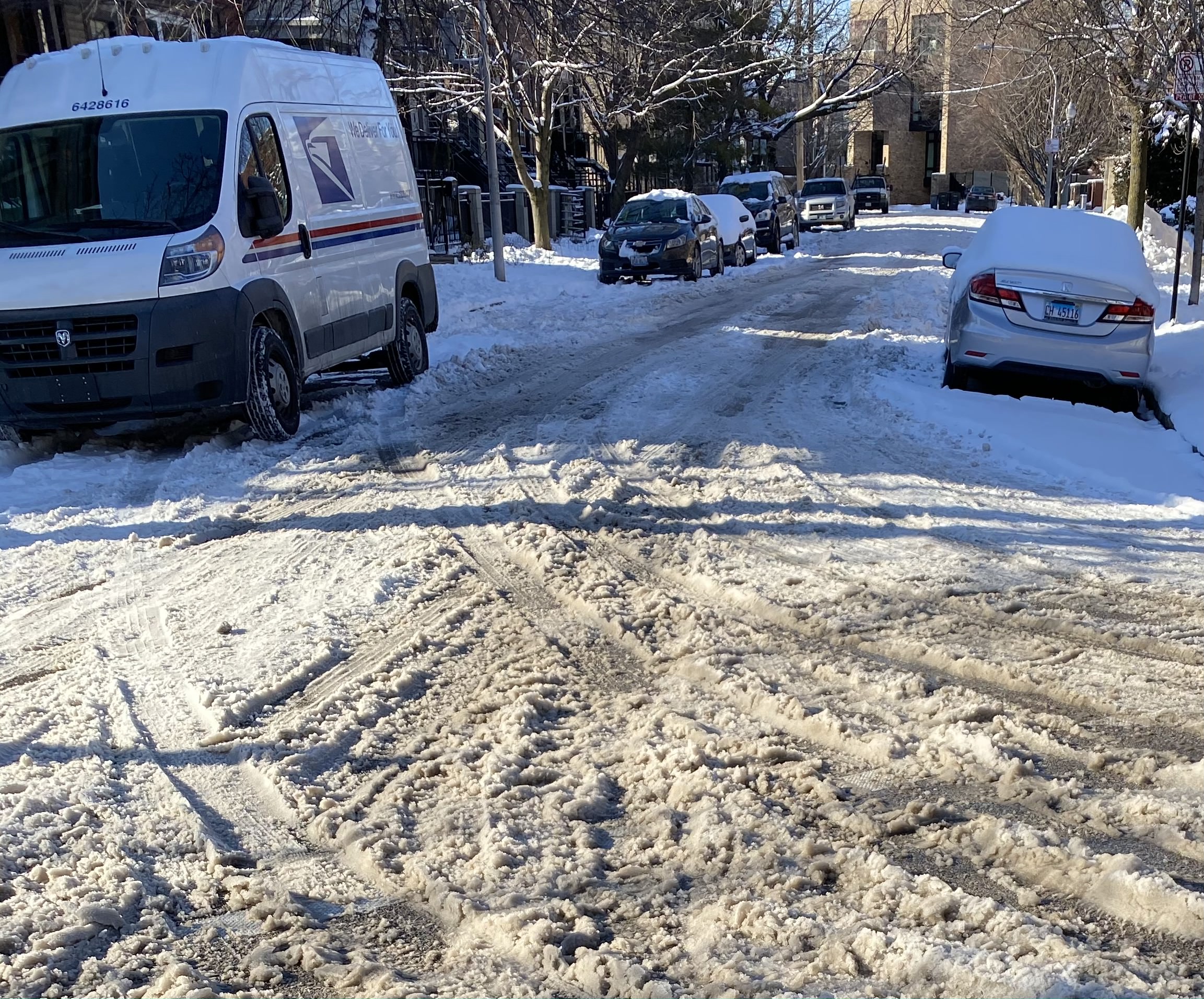 Veterans of snowy runs advise avoiding the grey sludge above, as it’s much wetter and slippier than white snow. That said, loose powder will likely get into your shoes and cause more slippage, so specifically try to run on hard-packed white snow when you can.

To help with traction, some runners recommend strapping on these bad boys: 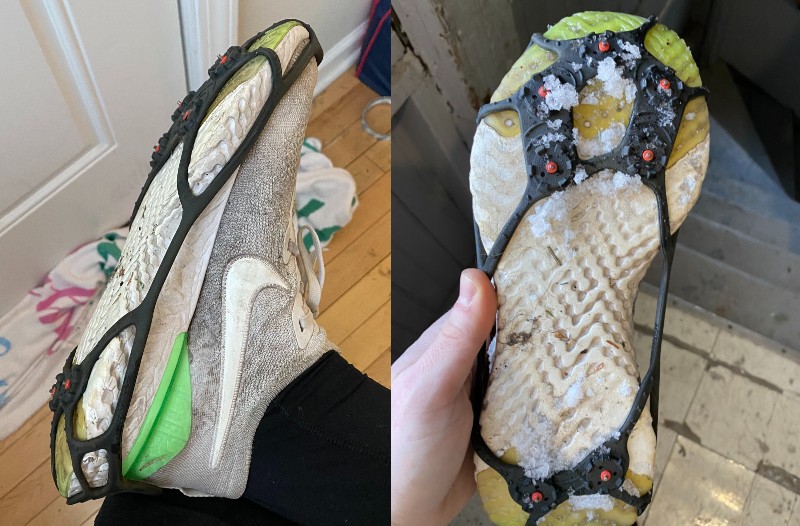 In theory, snow spikes are a good idea, but in my experience, they completely throw off your weight distribution, leaving your feet and knees in pretty bad shape. If you’re concerned about traction, buying a new pair of traction-focused running shoes would probably be better, no matter how much the sound of metal on concrete reminds you of your high school baseball glory days.

Regardless of traction, there are a few other adjustments to your overall running form worth keeping in mind as well. In particular, pay attention to your posture — by maintaining a straight back, your feet will land below your center of gravity, rather than out in front of you. At the same time, try to shift your foot strike toward the midfoot or heel, as it will force you to slow down and give you more control.

Either way, be prepared to be more sore than usual. All the tiny slips and slides are motions your muscles aren’t used to and can add up to a good amount of soreness the next morning.

From there, the best advice basically boils down to “be careful.” As in: Take turns very slowly, be cognizant of where your feet land and recalibrate your overall goals from running further or faster to returning home without a broken tailbone.