Seriously, just how gross is it to share one of these things?

I have a love-hate relationship with just about any cocktail served in a large bowl and meant to be shared. I had my first (and second and third) one on a night out with friends back in high school. It was at an event at a fancy hotel, where scorpion bowls — a tropical variation of these shareable cocktails — were floating around all over the place, and I probably managed to get a good glug of each and every one, even if only in passing. I got sufficiently drunk, had a good time, decided that the idea of a communal cocktail was fun and maybe puked in the bathroom for a while.

As for the hate aspect of my relationship with communal cocktails, well, as I grew older and started caring more about things like not drinking a whole bunch of spit, the appeal was a little lost on me. Now, whenever I see one on a menu, the only things I can think about are (1) how I wish I could order it for myself without coming off as an alcoholic; and (2) how if I were to share it with everyone at my table, my stomach would almost certainly end up being filled with a gruesome combination of their backwash in the process.

But I suppose I could be being overly dramatic and avoiding communal cocktails, which again, I think are pretty fun, for no real reason. So, in an effort to either mend or end my relationship with alcohol served in large bowls, I decided to ask some experts what they think about the whole situation. 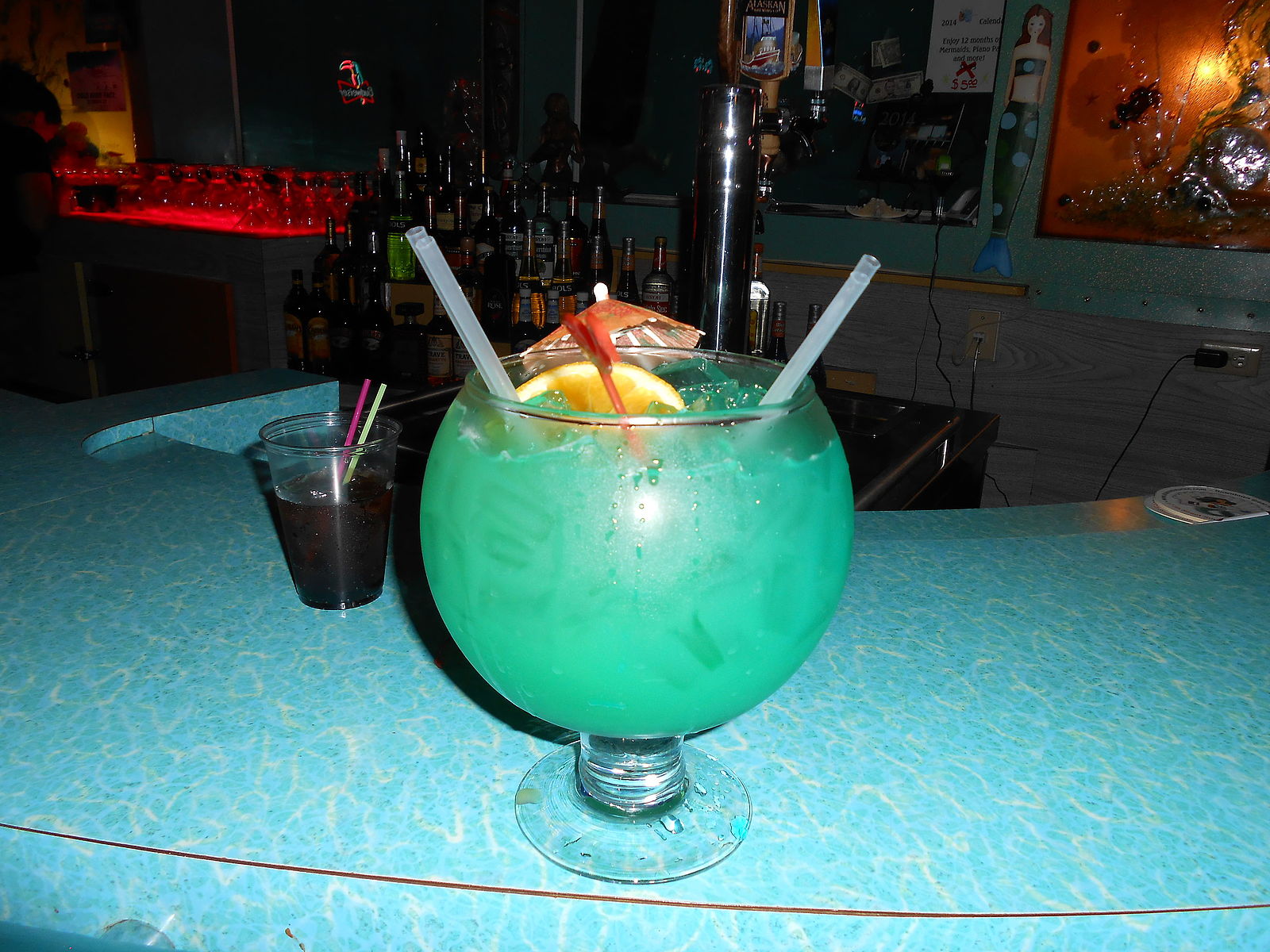 “When it comes to the straws, regular use will be a risk for backwash — this has been shown in studies and science fairs across America,” says microbiologist and “Germ Guy” Jason Tetro. “If you’re trying to avoid backwash, you can bite on the straw before you’ve finished the inhalation, such that you can prevent the gravitational pull from reaching your mouth.”

While I can appreciate the tip, nobody’s actively thinking about preventing their disgusting backwash from cascading back into their communal cocktail, which Tetro takes into account. “Since most people don’t do this, there will be some mixing of saliva with the drink inside of the bowl,” he explains. “Depending on the amount of mixing that occurs, it could lead to a diluted amount of saliva being shared across the volume of the drink.” In other words, after everyone takes a few sips, spit has essentially become a prominent mixer in your cocktail.

Let me just lie down for a minute. 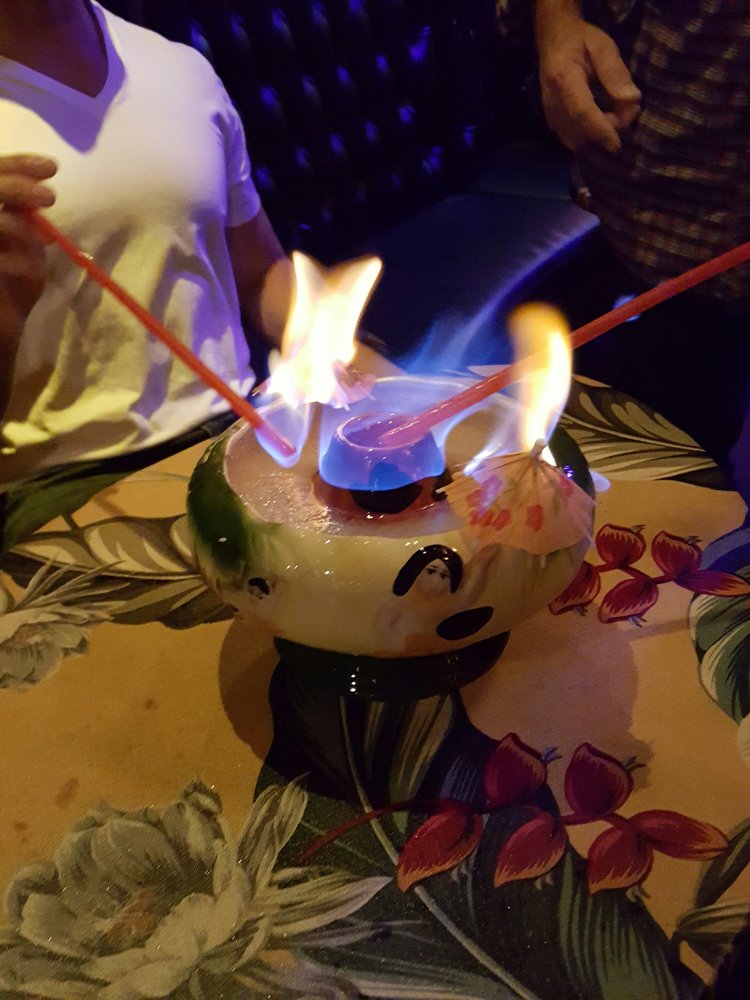 Anyway, besides being totally gross, the presence of saliva in your beverage could be problematic for your health. “Clearly, there are pathogens in everyone’s mouths, which can be shared in such a beverage,” primary care physician Marc Leavey warns. “After one sips a swig of swill, the beverage remaining in the straw — which is tainted with the individual’s saliva — slides back down into the common bowl. So, bacteria and viruses that are in one’s mouth soon become present in everyone’s mouth. These microorganisms are responsible for everything from tooth decay, in the case of some bacteria, to the common cold, influenza and potentially worse, in the case of many viruses.”

So, if your city has been quarantined due to the coronavirus, maybe don’t go ordering a fishbowl with strangers.

What can make matters even worse is if, in your intoxicated state, you start swapping straws. “If one’s not keeping one’s own straw, microorganisms at the mouth could be transferred from one individual to another, without the need to drink anything,” Leavey says. “The herpes virus would be particularly nasty and can be transmitted this way.” He adds, “There’s also the whole matter of consumption of excess quantities of alcohol from an inordinately large container being consumed by a potentially small number of people.” (And how dare he attack me and my personal scorpion bowl like that.)

Now, while all of this might sound nasty and a little scary, the truth is, unless someone in your group is actually sick or has a highly contagious virus, you’ll probably be fine sharing a few communal cocktails. “Will you get an infection? Highly unlikely, unless the person has some kind of illness that can be transmitted through liquids and has a very low infectious dose [or amount it takes to make you sick],” Tetro says. “This could be norovirus, hepatitis A virus and possibly other bacteria and viruses, if you have a suppressed immune system.”

“Is enjoying a shared drink worth it? It all depends,” Tetro continues. “If you’re all healthy and there’s no immune suppression in the group, there’s probably no reason to stop. If that isn’t the case, maybe it’s best to have your own drinks.”

Leavey, meanwhile, suggests taking the safest approach and ordering individual beverages. “My advice is, if you want to be convivial with your friends, order a round of drinks, make a toast and have a party, but keep your drinking to yourself,” he says.

Which, if you’re anything like me and prefer to not share your alcohol, might be the better choice, anyway. As bartender and MEL booze correspondent Haley Hamilton plainly puts it to me when I ask her opinion of shareable cocktails, “I’m not interested in ordering a cocktail built to share.”

And as I’ve learned from writing this piece, me neither, Haley…  me neither.