"Ewwwww. Found this on the boyfriend's nightstand. Not a fan."

Western tradition holds that a proposal of marriage comes along with a diamond ring to symbolize the bond between betrothed. For at least a millennium now, people have taken this concept way too far — but it sure didn’t help to get social media involved. The Facebook-Instagram axis, comprised largely of life-change announcements, open bragging and transparent attempts to stoke envy, is now crucial to our wedding narratives. These may begin with photos of the happily engaged couple, but almost requisite here is a shot that features the ring itself, the shining star of this giddy moment.

Regardless of their tribe, any invested follower is apt to render a judgment on the ring, which is not only centered for appraisal but provides a subtext on the couple’s future. The gem(s), the aesthetic, the size and the estimated price become figures in a matrimonial calculus. Eventually, though, an observer must decide if this is a type of jewelry they’d be caught dead wearing, and, style being the personal thing it is, they often wind up thinking: Wow, what a piece of junk.

Again, this doesn’t necessarily confer a matching verdict on the relationship — it can just be a wicked note to oneself. Or, if you want to, you can invite thousands of strangers to roast the ring on Facebook.

Because if a bride-to-be wants to show off the rock, it deserves some special scrutiny. 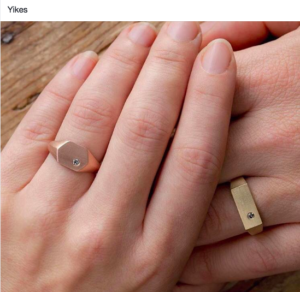 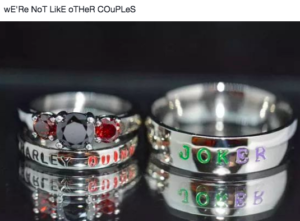 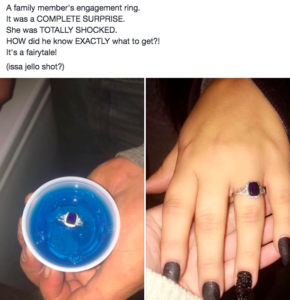 These are posts from “That’s It, I’m Ring Shaming,” a private Facebook group I assume will ban me if and when they see this piece.

Currently some 19,000 shamers strong, TIIRS attracted media attention when a screenshot of a recent submission found its way to Reddit, where it sparked significant backlash. In the post, a woman relates how she found a ring in her boyfriend’s nightstand and was appalled by how “basic” it looked. In a “self-shaming” post (a Friday tradition at TIIRS), she asks members to tear into the ring and share advice on how she might “tactfully” convince her boyfriend to return it. 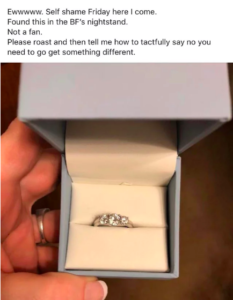 On Reddit, and in the viral backlash that followed, people were not only aghast at this woman’s behavior but the mere existence of a place like TIIRS. “Groups like this are just 100000% bad news,” reads a typical comment. “Someone posts a ring that’s really nice and clearly worth a lot, saying, ‘lol look what my boyfriend got me he’s so cheap,’ and then everyone adopts that mentality and it just becomes a nasty pit of narcissism and hatred.”

But they got it wrong. That cruelty is not at all what I saw on TIIRS. In fact, the woman who requested a vicious dogpile on the ring she hadn’t yet been given was thoroughly dunked on by the ring-shamers, who did not hold back. “That’s rude as hell,” one responded. “I hope the ring is for literally anyone but you,” said another.

Yes, believe it or not, the Facebook ring-shaming group is a positive place. 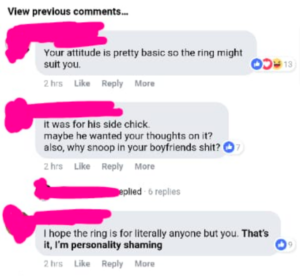 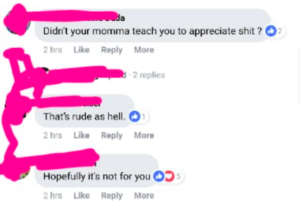 Since the kerfuffle, the original post has been deleted along with any related material, admins are banning anyone who mentions it in their request to join the group, and the person who disseminated the screenshot has been exiled. The page’s name has been reversed to “gnimahS gniR m’I, tI s’tahT,” making it harder to find in search.

Yesterday, a mod set up a backup Facebook group called “That’s It, I’m Ring Shaming II: People Hate Us” (“We’re definitely not that ring shaming group you heard about on the news. Please go away.”) These measures are understandable for an online clique fending off negative attention. Again, however, I must defend the ring-shamers: The offending post is not representative of the group, which swiftly condemned it. Many images of the rings up for discussion are taken from jewelry sites, Etsy, etc., rather than engagement shoots. The rules against doxxing, stalking and body-shaming appear to be strictly enforced; in fact, there’s a small separate page — “that’s it, I’m ring shaming (extra non ban happy edition)” — for those who have run afoul of the community guidelines and gotten kicked out.

And then there’s the fact that most of these rings are genuinely hideous. One of TIIRS’s top rules goes by the initialism ARAA: “All Rings Are Awful.” In theory, what this means is that any ring in the group feed is fair game for harsh criticism, but in practice, it has an absolutist application: If a ring exists, you can find someone to despise it.

Doesn’t have to be an engagement ring, either. Real ugliness is in the eye of the beholder. “Art is subjective,” the page explains. “Some people will love things while others hate it. Try not to take other people’s tastes too personally if you find your ring or one you happen to like in the group.” The point is that there will never be consensus on any given item. Sometimes people even confess to admiring a ring posted for mockery. It’s all good. 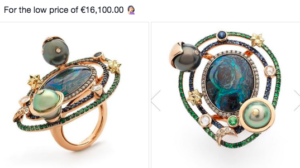 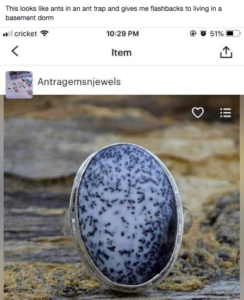 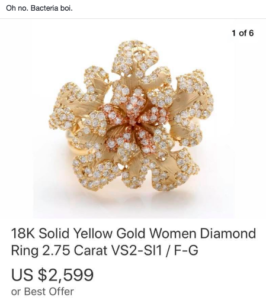 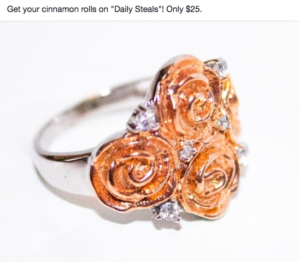 No, if there’s a villain to this story (besides the snooping girlfriend, I mean), then it is the bridal-industrial complex, with all its hyper-gendered baggage. The commenters of TIIRS don’t have many nice things to say, of course, but their discourse smartly circles the impossibility of perfection and our misguided quest to attain it. And implicit in their campaign of ridicule is the awareness that an engagement ring’s true value is metaphorical, known only to the wearer, while its glaring flaws are a concession to the rest of us. The ring is a scapegoat onto which we can offload every dark surrounding emotion — covetousness, loneliness, melancholy and spite — without attacking an innocent friend or relative. Put another way: Yes, everybody hates your stupid ring, but that’s perfectly okay. It’s only for you. Don’t sweat the gossip or the diamond snobs.

Besides, you have a wedding to plan — and all your guests will be judging that, too.