At the heart of the once-popular meme lies an acknowledgement that really, we’re all shoveling down a bunch of unnecessary crap that no one actually needs

Way back in 2012, the massive conglomerate Procter & Gamble introduced laundry detergent pods under its Tide brand. They were called, creatively enough, “Tide Pods.”

Within three months, U.S. poison centers reported more than 300 calls on behalf of children who had exposed themselves to, and in some cases ingested, the contents of these pods. In the same year, Procter & Gamble announced a redesign of the pod containers with a double latch, to make them harder for kids to open. Nevertheless, by early 2013, nearly 8,000 kids aged 5 and younger had run afoul of detergent pods some way or other, and in August, a baby died after eating one. In 2014, pods sent a kid to the hospital every day. Obviously, they are drawn to the item like moths to a flame.

The more children sampled the detergent pods  — those  mouth-sized, candy-colored capsules their parents had failed to keep out of reach  —  the more this became a fait accompli and fodder for dark comedy. Riffing on the kind of experimental, self-destructive bent that leads kids to play with electric sockets, The Onion published a satirical op-ed from a young boy with the headline “So Help Me God, I’m Going To Eat One Of Those Multicolored Detergent Pods.”

Eventually, however, this long-simmering meme drifted away from the matter of child safety and toward the realm of adult stupidity. College Humor’s “Don’t Eat the Laundry Pods” video, posted in March 2017, tells the story of a grown man who succumbs to temptation and messily devours handfuls of the product. (As he’s trucked into an ambulance, he gargles, “I don’t regret it.”)

Now, as Tide-pod-eating culture reaches its natural zenith, saturating Twitter, Facebook, Reddit, Instagram, YouTube and 4chan, poisoned toddlers are ancient history. The essence of current Tide pod memes is knowing you shouldn’t eat them and doing it anyway  —  because they’re “forbidden” or “irresistible” — or just because everyone else is. Mainstream news outlets, always up for a good panic, have misconstrued the gag as a “challenge,” claiming that teens have intentionally bitten the packets and suffered chemical burns, all for social media glory. The more plausible reality is that self-aware teens are having fun stoking those fears by threatening or pretending to do just that. 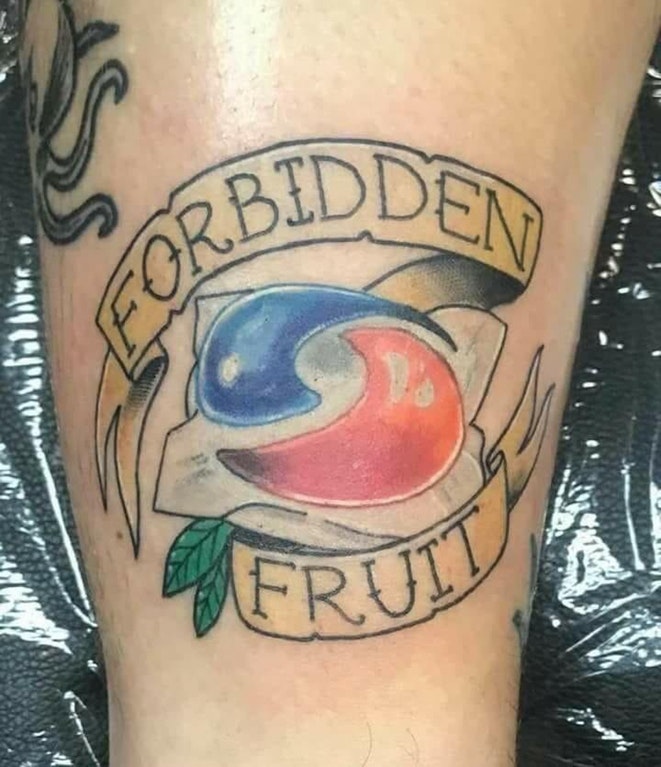 I see several themes coalescing to give the Tide pod memes their unique resonance and staying power in this moment. To begin with, there’s the telling age inflation, which speaks to the infantilizing aspect of new American adulthood. In particular, millennials — the oldest of whom are now well into their 30s—are routinely condemned as spoiled brats, unwilling to grow up and face their responsibilities. If we’re such babies, why wouldn’t we choke down anything that looks remotely like a sugary treat? A related form of generational malaise  —  the creeping depression, exaggerated or not, that undergirds so much internet comedy  —  reaffirms a desire to poison oneself. Long before Tide pods, edgelords advised each other to commit suicide with two words: “drink bleach.” A decade later, drinking bleach was a punchline for anyone overwhelmed by the pressures of existence.

There’s something to be said for the choice of domestic cleaning products in this mocking self-harm fantasy — as if it’s just another chore, and will leave us somehow “purified” of toxins accrued in a lifetime spent online. (Reddit’s r/eyebleach, contrary to what the name may suggest, offers extremely adorable imagery as a visual antidote to all that’s vile and depraved on the internet.) This is another expression of the inevitability built into the “someone’s gonna eat a Tide pod” premise; at some point, the world will be too much, the enticement will be too strong and fate will find a way. Our national anxiety, as with climate change, nuclear war or the collapse of a social safety net, crystallizes as an avoidable tragedy that we’re determined to steer straight into. Knowledge makes no difference because we aren’t willing to save ourselves.

At the heart of it all, as you should expect, beats a corporate pulse. Tide isn’t the only brand making pods, but they bear the brunt of the content. Procter & Gamble is struggling to reenter the YouTube marketing game in the midst of this tricky virality, with safety concerns again on the rise — the video that originally introduced the pods in 2012 comes loaded with comments like “is it just me or is it hungry in here,” “*stomach rumbling intensifies*,” “I want a Strawberry Kiwi flavor” and “Forbidden snacc.”

Meanwhile, actual Tide customers are running into issues, including bizarre blue stains on their clothes, that make you wonder if pods are a “solution” to a nonexistent problem. The harder P&G push us to use more Tide pods  —  even recommending an additional two capsules per load  —  the more they reek of a capitalist madness for bogus futurism. 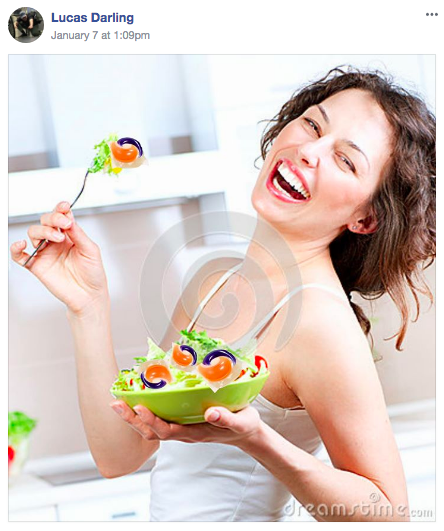 Maybe that’s the metaphor the pod memes are really reaching for: the suspicion that we’re force-fed shit we neither want nor need but happily shovel it down anyway. (Laundry pods accounted for “15 percent of the $7 billion U.S. laundry detergent market” in 2016 and grew 12 percent as a business the following year.) Ultimately, for these companies, the only downside of people eating detergent pods is that dead people don’t do laundry. So if they want to blame someone for the nihilist humor that has scrambled their already hamstrung advertising efforts, they might start with themselves. Relentlessly selling a gimmick that improves nothing of our drudgery and puts young lives at greater risk? Sounds like we’re sharing the same playbook.