Doctors <3 Their Whippits, a Gallon of Milk a Day for the #Gains and the Eternal Sunshine of the Cringe-Free Mind

It doesn’t surprise me much to read that doctors are doing whippits by the boxful. Think about it: MDs in residency often work 80 hours per week in shifts that can run more than 24 hours all by themselves. I work half that, and I feel the urge to get lifted.

Add to the fact that doctors in med school and in residency don’t make a ton of money — and thus, don’t want to break the bank for more expensive chemicals — and again, you could see why a quick nitrous break every now and then to get through the day makes sense.

I’m not condoning doctors for getting fucked up at work, not by a long shot. After all, there are far better and safer ways to take a mental break. Meditation comes to mind. As does a quick nap.

And of course, there’s reading MEL. Like anything we’ve published below…

“The Secret World of Doctors Who Love Whippits”
There are drug addicts in all walks of life. Politicians use them, lawyers do too, and yes, even doctors. Trouble is, when you work as a doctor, they don’t like it when you show up to work all fucked up. That is one the reasons nitrous oxide, aka whippits, have become the covert drug of choice: They’re short-acting, easily accessible and undetectable on drug tests. READ MORE

A Film Critic On… ‘Once Upon A Deadpool’

On what it is: “Once Upon A Deadpool is basically a recut version of Deadpool 2 without the stuff that gets movies an R rating. No nudity, no sex, very little cursing, very little blood.”

On what would possess OUAD’s creators to make a recut version of Deadpool 2: “The obvious answer is, duh, money: A PG-13 Deadpool 2 allows kids who couldn’t see the movie in the theater to buy a ticket.”

On the good and the bad: “I missed the cursing and shocking graphic violence. But I was also reminded that these films aren’t, in fact, just a bunch of F-bombs strung together.”

On getting that “late night on AMC” feeling: “Once Upon a Deadpool reminded me of the sensation of watching censored movies on cable.”

On the final verdict: “Once Upon a Deadpool is practically Deadpool 2: Unplugged. It’s not a good movie on its own, but it does speak to what’s good about this franchise — even if it excises a lot of what makes them so fun.”

Read the rest of Tim Grierson’s take on Once Upon A Deadpool, here  —  including more on the new precedent the film sets regarding the “reverse Director’s Cut”; why OUAD might be the most experimental studio movie of the year; and how its PG-13 rating actually helps the film’s supporting roles stand out.

I definitely feel the mystique of getting the things that I need for the best prices delivered to my door — and then needing something ‘fun’ to go with it, because why the F not?”

Speaking of addiction, have you purchased an indulgence or 10 from Amazon recently? Did clicking “purchase” give you the warm and fuzzies? If so, you might be addicted to the omnipresent retail giant. Tracy Moore spoke to a handful of self-described Amazon junkies about what keeps them coming back for stuff they don’t need.

Chugging Milk for the #Gains

GOMAD, or a Gallon Of Milk A Day, is a hot new trend on bodybuilding forums and the subreddit GainIt for guys who are trying to bulk up — and quick. But consuming a gallon of full-fat milk each day just to add tens of pounds in extra weight each month, has nutritionists terrified, since that much dairy can have some pretty nasty unintended consequences on the human body. So are the gains worth it? Let’s hear from the GOMAD bros themselves.

If you’re an intellectual like me, you probably reach for the liquid-gel pain meds long before you’d ever consider taking tablets like some filthy commoner. But did you know that liquid-gels are often $3 more than the regular stuff? Here’s why you’re paying that painful premium.

One of the best parts of going to the strip club — or worst, depending upon how you look at it — is hitting the ATM. It’s almost magical watching the thing churn out a hundred dollars in ones (or funny money), readying you for the rain you’re about to make. But once the rain has fallen, what actually happens to that cash? Where the hell do the dancers keep all those bills? And who else gets a cut? With the help of a few professionals, we got a few answers.

A wise woman once said, “Memories, like the corners of my mind.” That’s a good thing if a memory is something you’d like to remember — but if that memory makes your cringe, it can feel like it’s just sitting in that corner, ready to creep back in and ruin your day. Thankfully, there are ways to make peace with your embarrassing past. Ian Lecklitner spoke with a psychologist and social motivation researcher to figure out the best methods for doing exactly that.

Is there a naughty so-and-so in your life? Why not hit ‘em with a lump of coal this Christmas? Okay, so maybe gifting coal isn’t the most original prank you could pull this holiday season. But Miles Klee found a bunch of ad professionals in Kentucky selling the genuine article in a “rogue” effort to promote the state — replete with a “cocaine bear” mascot — and these guys are legitimately funny: 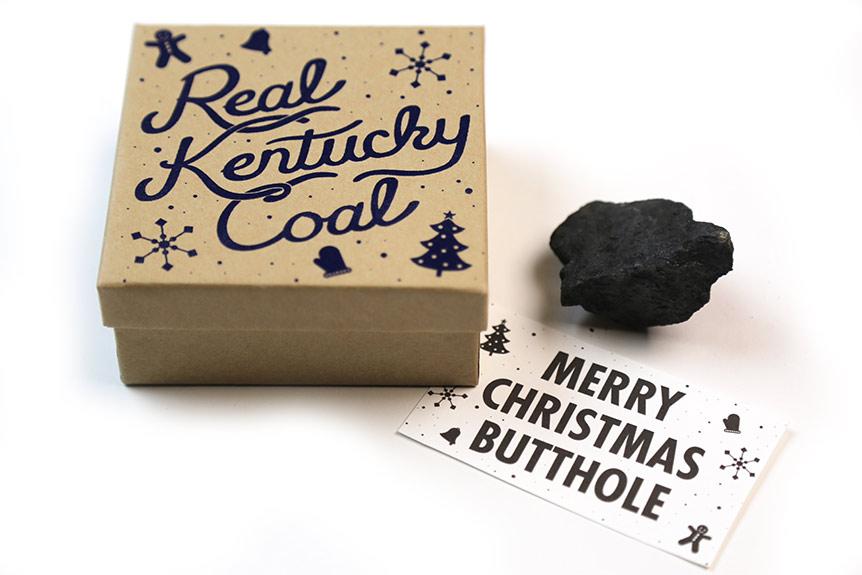 So yeah, last minute-shoppers, maybe coal is actually the hilarious prank gift you’ve been looking for.