What the hell is a ‘bread basket,’ anyway?

You got a charley horse?
Operation!

A broken heart? Of course!
Operation!

I’m the doctor for you!

This is the commercial jingle bored into my brain from endless hours of cartoon-watching as a kid. I remember the commercial, too: It had a patient resembling the guy from the Ernest movies with a blinking red nose on his face as a handful of kids butchered the crap out of him, pulling out essential organs like someone cleans out a desk drawer, performing surgery for ailments that are either imaginary or don’t require going under the knife.

While Operation was fun to play as a kid, in retrospect, the game — and that commercial — are pretty fucking gruesome, and it hardly portrays surgeons in the best light. Given that, it makes one wonder what real surgeons might have to say about the game.

On the Game, ‘Operation’

Dr. Sangeetha Kolluri, breast surgical oncologist at Austin Cancer Center in Austin, Texas: Operation is a classic beloved by all. It’s right up there with Weird Al’s “Like a Surgeon” for things that are cheesy, but surgeons love them anyway because they’re classic for us. Operation is a common gift for people who graduate from medical school and enter a surgical residency — I got one from my sister when I entered my surgical residency program. “Like a Surgeon” was also my away message on AOL Instant Messenger. We love that cheesy shit.

Dr. Anthony Rossi, dermatological surgeon at Memorial Sloan Kettering Cancer Center in New York City: I actually played Operation a lot as a kid — I was obsessed with it. From an early age I knew I wanted to be a doctor, and I loved that game because of the precision that you needed. It’s also the rare game where both winning and losing was fun — even hitting the buzzer was fun. I’m left-handed, so I’d play the game left-handed and then I’d try it right-handed just to see how good I was. I love that game so much I recently bought it for my nephews and told them to try it with their dominant hand, and then their non-dominant hand.

This isn’t specifically about the game Operation, but there was a study once that showed that surgeons who logged in more video game hours were better at certain kinds of surgical interventions, specifically a laparoscopy, which uses a video-guided camera. This relates to your hand-eye coordination, and the camera is using controls similar to a video game. In the same way, I think Operation is like that — you really do need patience to play the game. You need to think about it, and the hand-eye coordination is real. The tool that you use in the game, too, they’re like forceps, which you use a lot in surgery.

Dr. Otto Placik, plastic surgeon and body sculptor in Chicago: I absolutely loved that game as a kid, and I think I had the idea that if I could do that well, I’d be a good surgeon. There is a real dynamic in medical school where you determine if you’re more of a diagnostician or a technician. That really simplifies things and there is some crossover, but there is something that you are more inclined to, and for me, Operation speaks to that.

The crux of being a surgeon most of the time is cutting into human flesh, and I don’t think anyone takes it lightly. I bet every surgeon you would talk to would recall the first time they held a scalpel, because it goes against your very nature to hurt someone and you’ve got to literally pierce flesh to do them some good. I remember as a young resident, when my professor handed me a scalpel on a diabetic ulcer, I almost had to fight my instincts not to pierce the skin. Some people are comfortable doing that, and some aren’t. 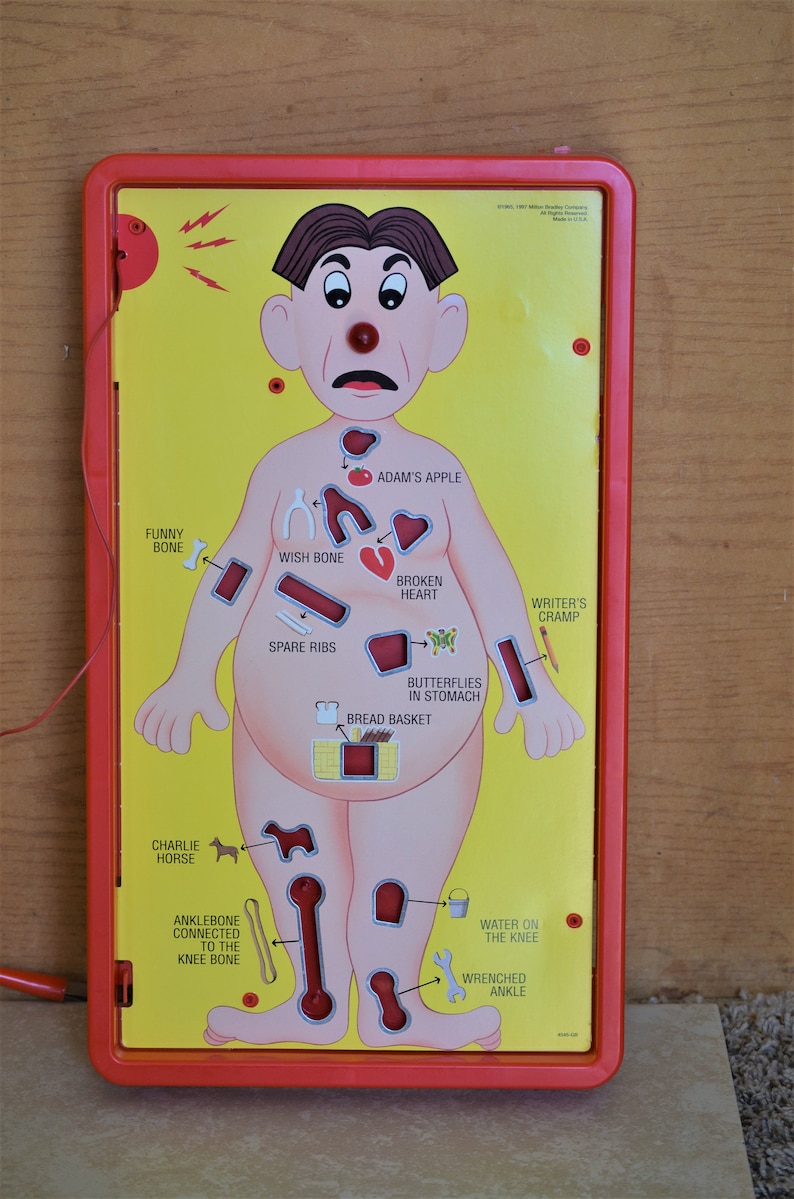 On If Humans Have a Wishbone

Placik: Humans don’t have a wishbone, not like a chicken does. It’s the top of the rib cage and in a chicken, that part is ossified — it becomes true bone. In humans however, our “wishbone” is more cartilage.

On If We Have “Spare Ribs”

Placik: The ribs serve a protective function by protecting your vital organs, particularly your heart and lungs. I’ve had the opportunity to treat someone — a “Human Barbie” — who has had some of her ribs removed and while she goes on living, you’re removing your natural armor; they’re there for a purpose.

Kolluri: In the game, they’ve actually updated a lot of these things. I recently saw that they updated “writer’s cramp” to “texting thumb” and put a phone in the guy’s hand and, let me tell you, that is a real condition. I remember when I went to a conference a few years ago and a surgical resident had a case report where a young teenager came in with very severe carpal tunnel in her right wrist. They pulled her phone records, and she had sent something like 15,000 text messages. That overuse really destroyed her wrist.

On What a “Bread Basket” Is

Kolluri: I think what they’re referring to when they say the “bread basket” is a pannus, which is when an obese person has a belly that hangs over. 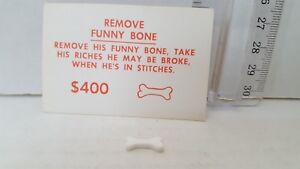 On Your Funny Bone

Kolluri: A charley horse is a major cramp that can happen in any of the muscles in your thigh. I just had my second baby, and both times I was pregnant I’d get the most God-awful charley horses. This happens a lot in pregnancy because of the shifting of electrolytes when you’re pregnant. You’re supporting the growth of a baby, and the baby is, by design, sucking your nutrients — it’s like a parasite that you’re choosing to have. So, if you’re not taking in enough magnesium or calcium, you can get these really terrible charley horses and they’re the worst.

On “Ankle Bone Connected to the Knee Bone”

Kolluri: That’s that old song, do you remember? “The hip bone’s connected to the thigh bone” — that one. I don’t think anyone remembers the lyrics though. I’m a board-certified surgeon, and I don’t remember the lyrics.

Rossi: So many people make up the words because they can’t remember the connections. In anatomy class, I remember singing that a little bit, but anatomy is so much more detailed, so that song goes out the window.

Placik: In that song, those aren’t real bones necessarily, but it’s close.

Rossi: If a patient isn’t completely anesthetized — like, if you’re using local anesthesia — the patient will jump if you hit a nerve or something painful, so it feels a bit like the game. Even under anesthesia, if something is painful, someone’s body might start to shake. They’re not registering it, but they’ll move and you know that that means they need more anesthesia.

Placik: It depends upon the surgery as to what happens when you hit the sides. If you’re operating on the brain and you touch the wrong nerve, you can lose your speech, you can lose your memory, you can lose your emotions, you can lose your vision. You have to be very precise in surgery. Much like the game, you have to be laser-focused — you don’t want collateral damage. If I go in and hit a blood vessel, someone could bleed to death. If I hit a nerve, they could lose feeling or it could result in paralysis. When I’m putting in a breast implant, for example, I can go too deep and end up in the lung.

Kolluri: There is something that’s kind of similar to the game. A lot of instruments today are still surgical steel — they’re metal — and the thing with metal is that it conducts electricity. We also use electro cauteries called “Bovies” during surgery because they allow you to cut and stop bleeding at the same time — or cauterize. But metal conducts electricity, which means you will burn the skin at the site of your incision, it happens a lot. As a breast surgeon, you want to make things cosmetically appealing to the patient. To do that, you need insulated instruments, which are special instruments which aren’t always easy to get. In reality, there is no good reason that we should still be using metal. Plastic would be much better.

So, for me, when I touch the edges of an incision, I can burn the skin, kind of like how the game buzzes when you touch the edges. The nose doesn’t light up though —  let me clarify that.