The Machiavellian Matriarch Who Shadow-Ruled France Through Her Husband, Sons and a Flying Squadron of Spies

Welcome to Bad Moms. This Mother’s Day, as we celebrate the beautiful angels kind enough to raise our sorry asses, we’re profiling five of the most notorious moms in history. Who says dads get to be the only antiheroes in pop culture? 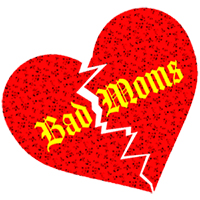 As the saying goes, always a bridesmaid, never a bride. But in the case of 16th century French Queen Catherine de Medici’s childhood, it went more like this: Always power adjacent, never the one officially in power. In many ways, that suited her just fine. The story of Medici, the ultimate climber, and her husband, as well as her three sons, all future kings of France, is merely a tale of being born a woman at a time when only crafty, backdoor ways into power would do. But she crushed the challenge the only way she knew how: By manipulating everyone in sight in whatever way necessary to bend to her will and do her bidding.

Medici was initially an unlikely candidate for becoming queen of France, but she was in many ways gifted precisely the circumstances to reach for the chalice. She was born in 1519 to the ruler of Florence himself and also a Duke, Lorenzo de Medici, who happened to be the nephew of one Pope and related to another. But perhaps most significantly, he also boasts the honor of having Machiavelli’s The Prince dedicated to him.

Three weeks into her birth, her father was dead of disease and her mother croaked from the plague. His title went to an illegitimate son. Now Catherine was nobility — a daughter of a duke, yet without an official princess title — but also the niece of a Pope with enough loot for a decent dowry someday. She was essentially raised in a convent, but found the experience a happy one.

The dowry and those papal connections are how she ended up married off to a teenage future Henry II of France while the country spent a century gripped by constant religious civil wars. But this was merely the beginning of her lifelong challenge to hold on to power. First up, even though they were both only 14, Henry was already in love with someone else — his 35-year-old mistress, Diane de Poitiers, who notably first met Henry when he was 7 years old. De Poitiers was what you might call a 16th century triple threat: beautiful, skilled on a horse and very clean from taking lots of baths. She even had a distinctive visual presence, refusing to wear any color but black and white. She must’ve known she was a looker, as she sat often for naked or topless paintings.

Catherine, meanwhile, was nothing special in the looks department, according to Renaissance beauty standards. Historians have noted her bulgy eyes and general puffiness. But she wasn’t one to let a little homeliness stop her from running a country. All she needed was to produce an heir. As was the custom, the two teens got to work on that immediately. Even though they showed “valor in the joust,” according to Henry’s father, Francis I, it didn’t take for 10 years.

Per usual, though, Catherine immediately demonstrated her ability to play whatever cards she was dealt, and tried multiple witchy remedies to get things cooking, like consuming the urine of a mule, rubbing the antlers of a stag on her vulva and something involving cow dung. Eventually they realized the problem wasn’t her, but him. Henry was determined to have hypospadias, a condition where the urethra appears on the underside of the penis (shared also by Hitler), which can make insemination difficult.

Catherine, with ever the can-do attitude, swallowed her pride and went straight to the expert she loathed the most: Mistress Diane, the horseback rider with the great knockers. By some accounts, she simply drilled a hole above their fuck room to pick up a few tips on how to service her husband correctly. By others, she asked de Poitiers straight up to help her get pregnant. And de Poitiers, totally unthreatened, was completely down to become a kind of sexual midwife for the couple, offering tips on positions like doggy style to better route the royal seed.

Together, they were said to have devised an ingenious plan: De Poitiers would work Henry up to near load-blow, and Catherine would come in for the finish. It worked, and by 1544, they had a son and heir, Francis, who was the first of 10 children, three of whom died in infancy, and the rest of whom were notoriously sickly. That would provide endlessly future opportunities for Catherine to meddle in the country’s affairs.

By 1547, Catherine was Queen and her husband King, but for 12 more years she would have to endure the pervasive power of Diane, who it’s fair to say had a knack for overstepping. Diane wasn’t just a more imposing political influence on Henry, penning his official correspondence (in one letter, they signed their name together in what may be the first couple’s portmanteau, as “HenryDiane”), and acting as his closest advisor. If Catherine held a royal event? Diane got to co-host. If Catherine wanted a fancy chateau? Henry gave it to Diane. Catherine wanted some bling? Diane got the Crown Jewels. Whereas Catherine had hustled up for her title, Diane got handed multiple ones on a whim.

That said, with Diane taking care of business, Catherine had the free time to indulge in a little livening up the court and the country and really lean into her power. She collected art. She hung out with astrologers and Nostradamus, got into the occult and was a patron of the arts, introducing ballet, music and other theatrical constellation-themed performances to the court. She brought her perfumer with her from Italy, and kicked off a perfumed leather gloves trend that caught on immediately. She even invented underpants for horseback riding so being thrown off from a horse didn’t mean exposing the hoo-ha. Her entourage included nine dwarves in miniature coaches.

She also beefed up her sources around the court, cultivating an 80-woman team of spies called the Flying Squadron, sometimes referred to as her “stable of whores,” and deployed them to seduce men, extract intel and report back. Her best technique, the legend goes: Throwing parties where food was served on topless women.

She also had a room built with hundreds of hidden secret compartments where she was said to keep poisons, one of the most common causes of death in France at the time. Unsurprisingly, the French never quite warmed up to Catherine, seeing her as an Italian sorceress and suspicious interloper.

But in 1559, when Henry died in a gruesome jousting accident that one of Catherine’s fortune tellers had warned her about, son Francis became King, and Catherine, in what must’ve been one of the singular most satisfying moments of her entire life, got payback: She sent Diane packing with a court ban, but not before grabbing those jewels. And the chateau. She also had her husband’s jouster murdered.

Finally, Catherine could rule more directly by dominating her children, even if behind the power of her 15-year-old King son. This was when everything turned for her, and her long reign of power, control and manipulation would begin. Francis II came into power the day after his father’s death, quickly mobilizing with his recent bride, Mary Queen of Scots, who was said to manipulate him easily. But mother always held the reins unofficially, and young Francis gave her frequent shout-outs, beginning every official act with the phrase, “This being the good pleasure of the Queen, my lady-mother.” If she needed the loyalty of the Duke of Guise, whose power presented her greatest threat, she would shift sides from keeping the peace with Protestants, to suddenly joining in on persecuting 30,000 French Protestant Huguenots in the St. Bartholomew’s Day Massacre. Whatever it took to consolidate her son’s power.

But her hold on that power was as tenuous as 16th century life: When Francis II lay dying of an ear infection in 1560, Catherine had to act quickly to make a pact with Antoine de Bourbon to essentially clear the path for her next son, Charles IX, to ascend to the throne. As soon as Francis was officially dead, she snagged herself the governorship of France on the same day.

Conveniently, Charles IX was still young enough at 9 years old to cry at his own coronation, and fairly indifferent to ruling, which gave Catherine another opportunity to call the shots. She didn’t waste a moment, pairing off her other children in marriage to tighten her grip on remaining in power. Her eldest daughter, Elizabeth, went to Phillip II, the King of Spain, and when she died, Catherine offered her next daughter to succeed, which Phillip politely declined. She also finagled a match between daughter Margot and the son Henry of the Queen of Navarre, Jeanne. Jeanne resisted, insulting Catherine’s bloodthirsty massacring, remarking that she “eats little children.” Jeanne eventually relented to the pairing, but would pay a high price for the jab. As soon as the wedding date was set, Jeanne was found dead wearing gloves doused in poison.

Charles IX wouldn’t last through his 20s, though, and when he died at 23, muttering “Oh, my mother,” as his final words, she spent the third son, Henry III’s, rule, trying to prevent the impending war over her St. Bartholomew’s massacre. Even though he was an adult, he didn’t find the ruling itself to be a particularly fun pastime either. He was harder to control, marrying a commoner against her wishes. But his lack of interest in the crown at least allowed her one more run repairing the fateful decision to slaughter a bunch of Huguenots. It was a massive failure.

But as all devious power stories eventually go, everyone turns on everyone. Catherine’s two sons, Francis and Henry III stepped right into the role. Francis turned against her and forced her to negotiate with the Huguenots, pissing off the Catholics. Meanwhile, Henry hatched a plan to assassinate the families of his enemies and succeeded, pissing off the French.

Catherine died in 1589, weeks after this debacle, watching her weak, boneheaded sons ruin everything and leaving France in shambles. The official cause of death was pleurisy, but the word on the street throughout the royal court was that the real cause was maternal disappointment.