The Grownups Who Never Saw ‘E.T.’ Because E.T. Freaked Them Out

Objectively speaking, he’s NOT THAT CUTE

With the exception of his big eyes and his adorable love for Reese’s Pieces, if you really think about it, E.T. isn’t actually that cute. If you forget about the context of the film and whatever it might have meant to you as a child, and just take a cold, objective look at E.T. you can see that he’s actually one ugly-ass motherfucker. 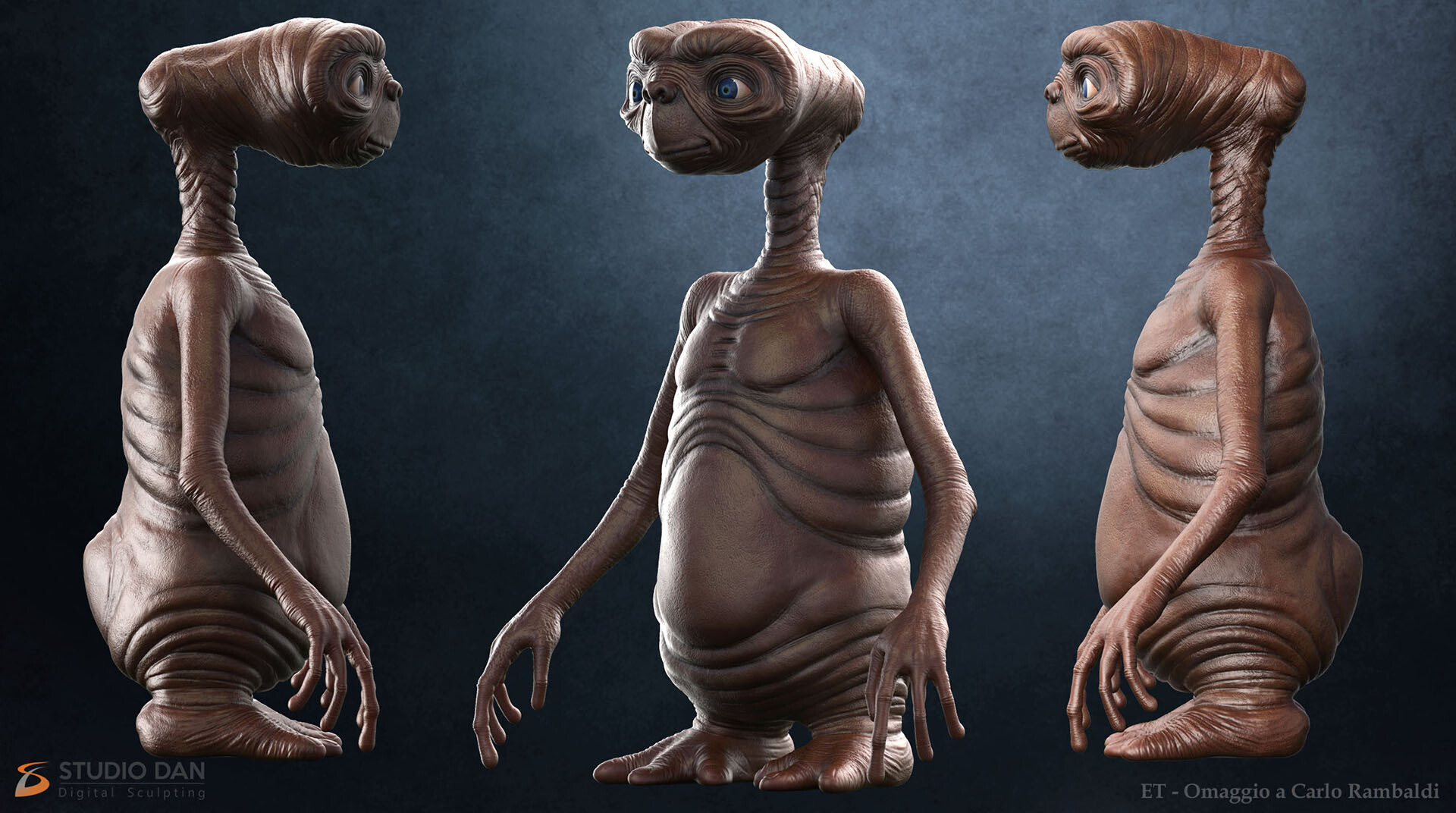 He’s wrinkly as fuck, he’s got weird little three-toed feet, a flabby old-man belly and those really long arms and fingers. He’s also got that bizarre extending neck, a misshapen head and that slow, strange voice that sounds like a goblin farting in a bucket of soapy water. Somehow, though, since his big-screen debut in 1982, E.T. has endeared himself to everyone.

Or rather, just about everyone: There are some out there who could never get past E.T.’s strange appearance, to the point where they’ve never even seen the film. To them, E.T. isn’t some lovable space visitor — he’s downright scary.

This is also a topic of discussion on Reddit, where people have written, “When I was younger, my parents bought me a life-size, moving, speaking E.T. with a glowing finger. It scared the absolute fuck out of me. One day, I just snapped and beat the fuck out of it until it didn’t work anymore.”

“I used to have dreams, repeatedly, when I was a child, of E.T. coming into my room at night,” wrote another.

So what are these people seeing differently about E.T.? Well, for podcast host Heather Foley, she says that, as a kid in the 1980s, she was “pretty terrified of aliens,” so anything with an alien in it — like E.T. or Star Wars — was off the table for her. As for why aliens bothered her so much, Foley says, “My fear has always been purely pragmatic. You can roll the dice with a human attacker, you can even tell a ghost to go toward the light, but how are you going to protect yourself from an alien? They’re clearly the superior being, they found us. If an alien wants you, they’re getting you, you’re screwed.”

For warranty claims administrator Diane., however, aliens weren’t the problem, E.T. was the problem. “I saw the beginning and stopped watching because I was scared. I don’t know — I guess the alien thing scared me at five years old,” Diane says. She still remembers when this happened, too, saying, “I was at my grandma’s house and she wanted me to watch it since it was one of her favorite movies. I remember going to bed that night, and there was a perfect shadow of that E.T. body in the window shade. I was up all night clinging to my mom’s blanket, as she was in the bed next to me.”

Thirty-three years later, Diane says she’s still a little creeped out by E.T. and has no desire to watch the film, even if people are always shocked that she’s never seen it.

As for zoologist and animal trainer Arras, she tells me that while E.T. himself is “pretty creepy,” she was more scared of E.T. as a film. “When I was little — I can’t recall how old exactly — my parents were watching E.T. on the TV. I happened to walk into the room during a scene with the federal agents in the hazmat suits. I don’t remember anything else about it — just the hazmat suits. I was terrified and ran away. After that, even when I was older, I never wanted to see E.T. I just remembered being scared.”

Despite this fear, E.T. is basically a universal touchpoint in American culture, so it’s not like he can be totally avoided. Thus, Arras ended up riding the E.T. ride at Universal Studios — and much to her surprise, she actually enjoyed herself.

Meanwhile, Foley explains, “I have a very vivid memory of going to see Santa at the neighborhood Christmas tree lighting and getting an E.T. doll. I had a vague notion of what it was and thought it was ugly, and a little scary. I think I gave it away to someone at the tree lighting.”

But why does E.T. hit these people differently than nearly everyone else?

Jim Henson’s Creature Shop veteran Tim Clarke, who spent time on productions like The Dark Crystal making all sorts of creatures, tells me that there are some features of E.T. that are “traditionally” considered to be scary. “For one, he’s just odd-looking, with a truncated form without legs,” he says. “There’s also the long arms and elongated fingers.” Elongated features are an especially common feature in scary things — just think of Slenderman.

Given that, perhaps it’s better to ask why the rest of us all thought E.T. was cute. To answer that, Clarke recalls a conversation he once had with the creators of Cabbage Patch Kids dolls, who told him, “The reason why Cabbage Patch Dolls are successful is because they’re imperfect.”

He shares that he himself has experienced this dynamic as the co-creator of the creepy, ugly Boglins toys. “I’m always amazed when I’m doing shows with Boglins and women come up to me and say, ‘I had Boglins when I was a little girl, they are so cute!’”

To take this even further, Clarke says that children are especially gifted with that kind of empathy, and when it comes to E.T., we spend the vast majority of the film viewing him through the eyes of children. So, if those kids can accept that wrinkly, elongated, neck-stretching little weirdo, well, so can we — or, at least, most of us can. Because Foley says that no matter how old she gets, she still doesn’t want to mess with E.T.: “I’ve made it 40 years without seeing it — no need to end my streak.”