This acclaimed indie comedy about male friendship speaks to our age of toxic masculinity, but it’s not quite as cutting or insightful as it’s been given credit for

The two men are friends because, well, they’ve just always been friends. When we first meet them, they’re bike-riding in France: Mike (Michael Angelo Covino) is the more assertive and confident of the two, while Kyle (Kyle Marvin) is sweeter, excitedly talking about his upcoming wedding, where Mike will serve as best man. Kyle can’t believe his luck to be marrying someone as amazing as Ava, which prompts Mike to finally come clean about something: He slept with Ava, multiple times, and at least one of those times was relatively recently. Kyle is furious — how could his buddy betray him like that? — and it seems fairly obvious that this friendship is over. But when we cut to the next scene — which takes place a few years later, after Mike and Ava got married — Mike is at the funeral for his dead wife, and Kyle arrives at the cemetery to show his support. Sure, Mike stabbed him in the back, stealing the love of his life, but there are some things that you forgive because of friendship. You know how guys are.

I’ve just described the opening of The Climb, one of the most acclaimed films of last year’s Cannes, earning rave reviews at every subsequent festival where it’s played. (The film opens in some theaters starting today.) It’s a movie about toxic masculinity, bromances and the ways that guys never really grow up, seeing the adult world through the warped prism of the insecurities and adolescent traumas they suffered as teenagers. As a man who’s had plenty of difficult male friendships — some that stood the test of time, some that didn’t — I should be the film’s target audience, its themes resonating with me in the same way that they’ve spoken to so many others.

But having seen The Climb three times now over the last 18 months, I confess that while I admire this jagged comedy’s ambition, brittle humor and overall conceit, I don’t think it’s especially insightful. Written by Covino and Marvin — and based, at least in part, on the dynamic of their real-life friendship — The Climb puts us in the company of two men who should very much not be friends anymore. But, you see, they can’t help themselves, constantly returning to each other’s orbit to experience more shared unhappiness. Why do they do that? Well, you know how guys are — which, as the film rolls along, starts to feel more like received wisdom than a searing revelation.

The Climb is directed by Covino, who audaciously stages nearly every scene as a single-take shot — or, at least, what’s meant to feel like a single-take shot. Viewers have gotten used to this cinematic device in action movies — watch the hero run down the stairs, through the hallway, jump in his car, drive down the street, bad guys shooting at him in every direction, all without a cut — but Covino seems drawn to the technique in order to give this multiyear narrative a spontaneous, real-life intimacy. After Ava’s death, Kyle and Mike have seemingly reached a permanent impasse: Kyle is back with his old high-school girlfriend, the controlling Marissa (Gayle Rankin), while Mike has gone to seed, drinking too much and generally lamenting what’s become of his once-great life. (Beyond being a widow, he was also the star football player on their high school team.) But after Kyle’s mom (Talia Balsam) invites Mike over for Christmas, a new cycle starts up between the two guys. Kyle wants to stay mad at Mike, but he can’t: The guy’s too pathetic to warrant Kyle’s anger. And, besides, Kyle’s always been a bit of a softie. It’s the quality that Mike has been taking advantage of since they were kids. 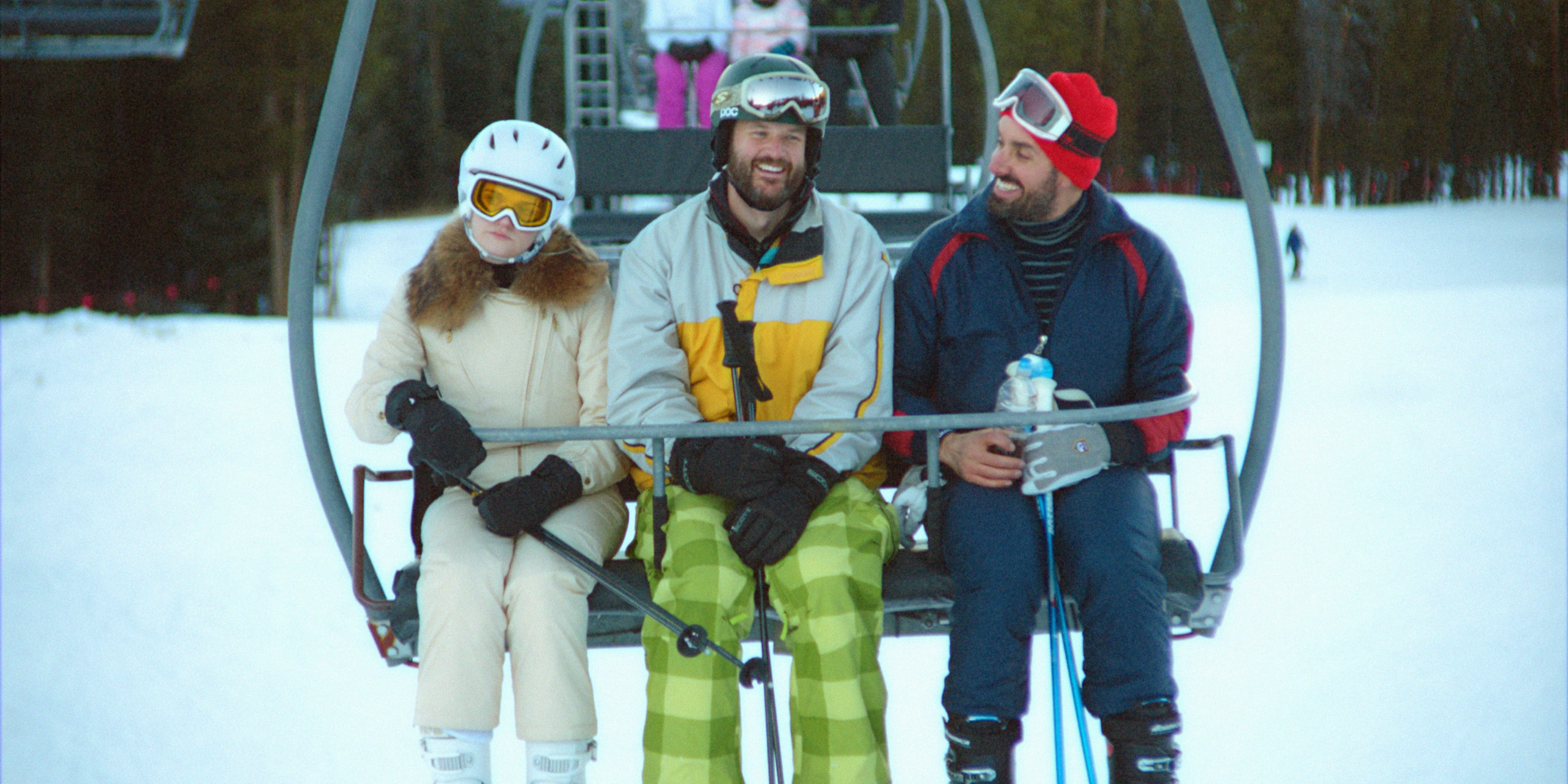 Movies are full of abusive romantic relationships, but The Climb is that rare one to focus on a platonic relationship that’s no good for one of the participants. Surly and a self-confessed asshole, endlessly pissed that things haven’t worked out for him, Mike admires Kyle’s big heart, wishing he was more like his buddy. Not that Mike is going to take any meaningful steps to emulate Kyle’s demeanor, mind you: Instead, he just treats Kyle badly. He’s always been the alpha in the friendship — the jock, the ladykiller, the leader — while Kyle (although he’s bigger than his friend) has always been the loyal puppy dog. A good friendship can sometimes feature one person who serves as the follower, but certainly all bad friendships do. Mike loves Kyle because he knows his pal will forgive him anything. But Mike will never change because, well, he knows his pal will forgive him anything. And as the years pass, and Mike continues to do damage to Kyle’s personal life, the bad old dynamic gets repeated.

The Climb forces us to accept these two men’s perpetually stunted, inequitable relationship. Anyone who objects to watching a whole film in which the characters never grow or learn anything — Mike is Lucy perpetually pulling the football away right before Kyle’s Charlie Brown can kick it — will be deeply frustrated by these guys’ arrested development. Normally, the realist in me appreciates movies that reject such narrative niceties — come on, how many people do you know who genuinely turn over a new leaf? — but Covino’s film can feel a bit self-satisfied in its depiction of Mike and Kyle’s broken-record failings. Too easily, The Climb’s explanation for why these guys never evolve is “Men??! Amirite?!?” At a time when straight white men are deservedly facing a dark tea time of the soul — everything from #MeToo to Black Lives Matter is, in part, an angry reaction to their entitled, often unearned cultural superiority — a movie like The Climb that offers two amusingly average dudes sleepwalking through their inadequacies doesn’t feel particularly biting. It’s more of a shrug than a critique — a simplistic commentary rather than something that really stings.

There’s still plenty to admire about The Climb. While I think Covino’s heavily choreographed single-take shots can sometimes be too showy for their own good — just like the movie’s occasional musical interludes can feel self-consciously quirky — the casual leaps forward in time from sequence to sequence create a feeling of permanent limbo that nicely complements the characters’ chronic immaturity. But if the two men can both be depicted a little too broadly — Mike is an irredeemable (albeit well-meaning) shit, while Kyle’s penchant for being a pushover can get old — two of the film’s main actresses are The Climb’s highlight. 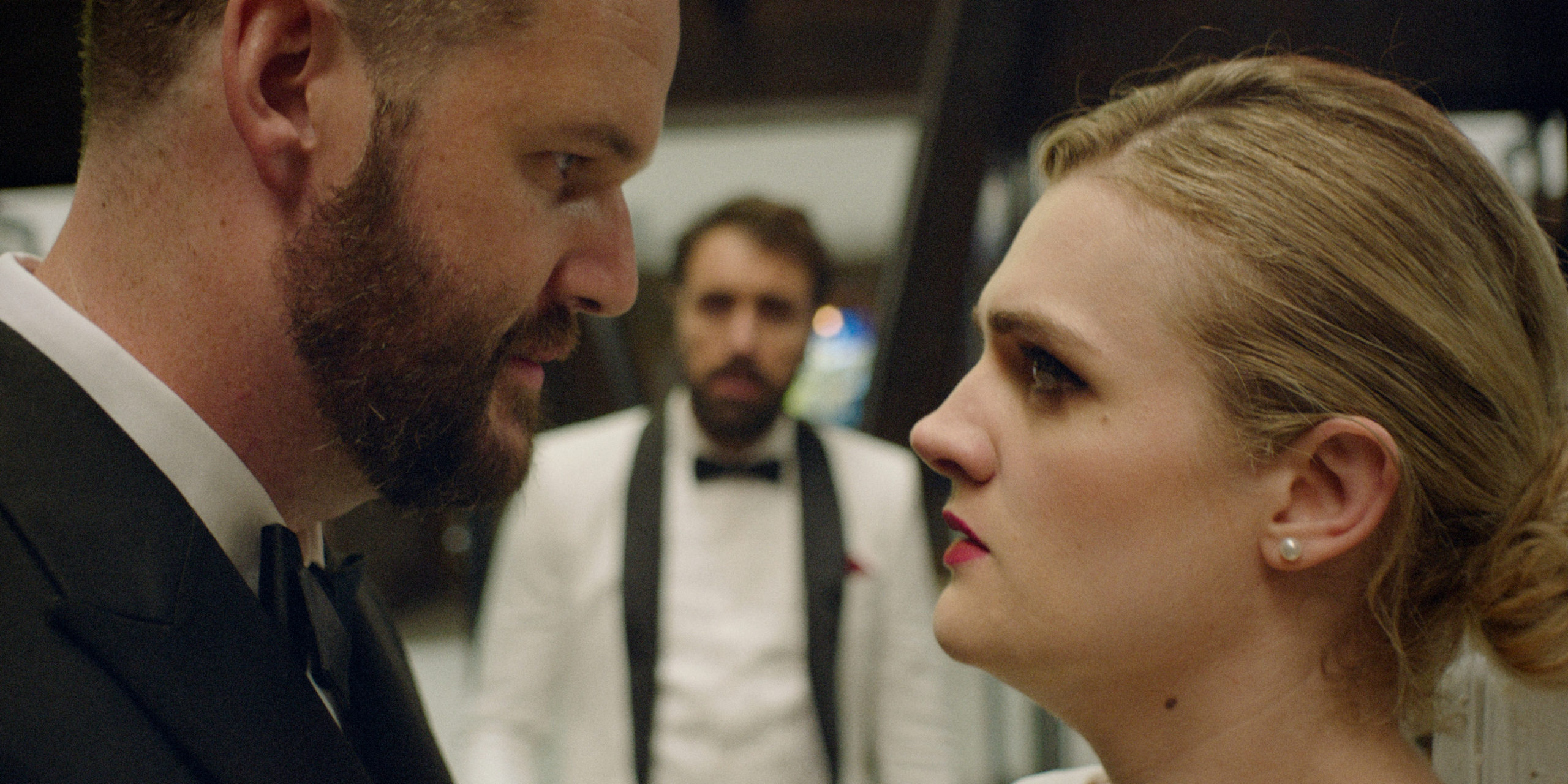 As Kyle’s quietly disapproving mom, Balsam nails the character’s every small little judgmental moment. (We can see how her needling, along with that of her opinionated daughters, turned Kyle into such a beta.) And Rankin is terrific as Marissa, who clearly isn’t a perfect match for Kyle, and yet her stubborn love for this big, kindly dolt — and his love for her — is the closest thing to a genuinely healthy relationship anywhere in The Climb.

It’s hardly novel for a modern film to dig into the complexity of male friendship. (This year’s First Cow does this beautifully.) Nor is it a newsflash to suggest that adult men are really just grown-up babies, forever afraid of emotional intimacy and still jockeying for dominance in the sandbox. The Climb is part of a cultural conversation that’s already happening, although I’m not sure it has a lot new to add.

That said, its ending has gotten to me all three times I’ve seen it. I won’t reveal what happens — spoiler alert, they’re still very much Mike and Kyle — but the final sequence suggests what’s ultimately most pitiful about guys like them. They’ll never learn — you know how guys are — but, eventually, they may procreate and pass on all those bad habits to a new generation of young men. And so the cycle continues.