The watermelon burger is neither fruit nor meat patty, it’s mostly just the most divisive trendy food of 2020

What is a burger?

You may argue it’s simply ground beef, seared and tucked between two halves of a bun.

But then again, there are turkey burgers, salmon burgers, veggie burgers, quinoa burgers and burgers made with cutting-edge meat substitutes, all in the zeitgeist, all accepted as burgers.

Hell, does a burger even need the bun? You might nod vigorously, but I’m not convinced; consider the In-N-Out “protein style” burger, which is undoubtedly a burger despite using iceberg lettuce for buns. (And in the U.K., the word “burger” often refers to just the puck of browned meat, anyway.) Traditionalists might turn their noses up at this laissez-faire definition, and cry that a “true burger demands” a bun. But I think most of us have expanded the reach of the word, and developed an innate sense of what qualifies as a burger.

It’s like what Supreme Court Justice Potter Stewart said about obscenity: You know it when you see it.

But no foodstuff endowed with the name “burger” has sparked controversy quite like the rising 2020 trend of the watermelon burger — a slab of sweet summer fruit, cooked until it turns mahogany, and dressed in cheese and other condiments. Sometimes it’s just grilled naked with a little salt and pepper, just until a char has formed but a little crispness in the center remains. Other times, every cell of the watermelon undergoes a transformation thanks to a combination of curing, fermenting, smoking and frying, coming out beautiful and alien.

Outlets from Missouri to New York City are touting watermelon as oddball meat replacement, noting that the application of heat does wonders to the texture. “Watermelon Burgers Must Be Seen (And Tasted) to Be Believed,” raves food blog The Takeout, in a headline that seems to sum up the last decade of watermelon-as-meat discourse.

So why on Earth do so many people just flat-out reject the idea? It’s not just a tentative reaction to what cooked watermelon might be like. It’s more like outright disdain. 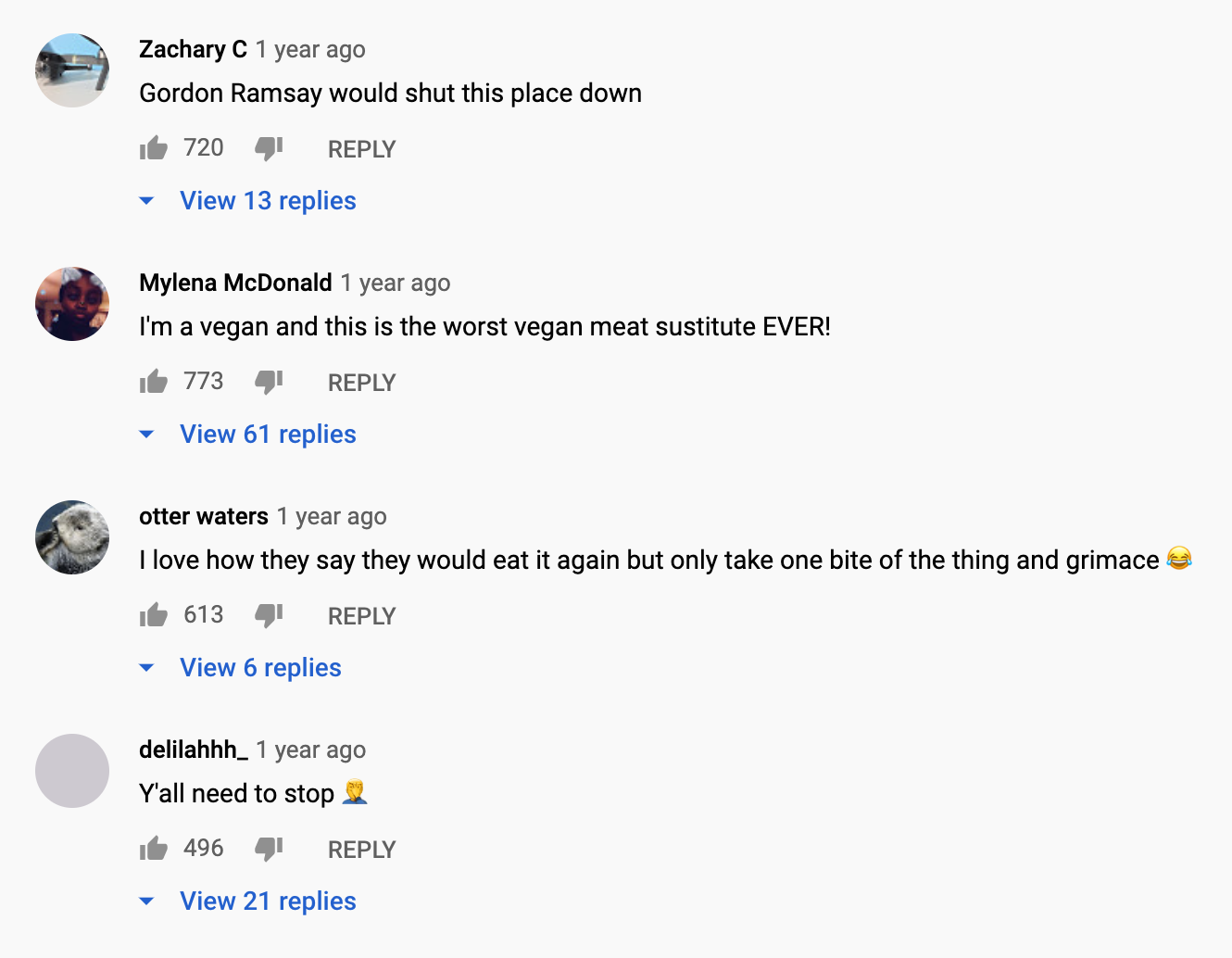 Maybe our deep-seated suspicion of fruit in savory settings just overrides any sense of wonder and appreciation of the new? Honestly, all this humbuggery reminds me of how some cattle ranchers get deeply offended when the words “meat” or “burger” refer to anything that’s not good ol’ beef. In that context, Will Horowitz, the stoner-voiced chef at Ducks Eatery in New York City, is the freedom fighter leading a meaty-fruit revolution, given that he’s the one responsible for dreaming up the viral watermelon ham, cantaloupe burger and friggin’ radish prosciutto. I’m not sure how the hell the latter won a prize at a charcuterie contest, but all that experimentation and effort seems to pay off.

As Thrillist writer Max Falkowitz details, “For Horowitz, it begins with identifying the specific components of meat that register to us as meaty and then bringing out those qualities from the melon using natural means. He also manipulates the plant’s texture, condensing crunchy cell walls into something soft and dense, with the chewable quality of real animal muscle.”

I’m going to leave the multi-step watermelon cooking process to a guy who has a lot more time, kitchen resources and knowledge to get the technique just right (versus, say, everyone on YouTube trying to do it and creating an inedible mess). For me, the perfect watermelon burger is as easy as cutting a thick (two-inch!) slice of watermelon that will fit on a piece of bread, then slowly searing the fruit in a grill pan or a medium charcoal fire, painting it with olive oil every so often and not turning it too frequently. I find that a dash of a meat rub (say, Montreal steak seasoning with a touch of liquid smoke) can really turn up the weird factor but also lead to some spectacular results.

A caveat, though: I’ve only done this twice in my life. Both times, the people I fed had mixed feelings on the stuff. Personally, I love how off-the-wall this idea seems until you really think about the culinary fundamentals at play. Heat helps push moisture out of the ingredient you’re cooking, concentrating its sugars and flavor compounds in the process — so basically, the taste of watermelon both changes and intensifies. And melding sweet with savory in unexpected ways isn’t some bizarro gag — hell, an average episode of Chef’s Table features stranger taste combinations.

My favorite honest take is probably from BuzzFeed’s Merle Shane O’Neal, who recreates the “watermelon ham” recipe, and after several hours of work, takes a big bite. “Confused. The only word that comes to mind. I’m like, is this dessert? Is this dinner? Is this an appetizer? Is this good? Is this bad?” she ponders. “I would say it’s pretty good!”

On a philosophical level, the watermelon took a long, very American route to its role as a favorite summer fruit — it’s the product of immigration, exploitation, racism, innovation and big business. The repulsion to cooked watermelon is exactly why we should continue investigating this nascent, on-again-off-again trend. Often, the grossest-seeming things in the food world end up being the most spectacular. And to be honest, serving up a piece of seared, smoky watermelon is one of the easiest ways to surprise your friends and family at dinner. (Maybe they’ll laugh at you, but at least the memeable qualities shine through.)

There are times when a critic truly risks something, and that’s in the discovery and defense of the new. So, here: I think watermelon burgers are great, especially if you serve it open-faced topped with good feta, basil and a grind of coarse black pepper. Next time, I might even make some watermelon tuna as an appetizer.