Getting to the Bikini Bottom of ‘SpongeBob’ Sex Memes

First a target in the culture wars, then part of queer internet canon, the show defied all expectations

At some point in the not-too-distant past, an anonymous reader submitted a question to a Tumblr blog called “br0teinshake.” This is what they asked: “i’m a girl and i’m going to have sex with my bf. what do i do?”

The witty author of br0teinshake didn’t need to write out an answer, instead supplying a single frame of the cartoon SpongeBob SquarePants. 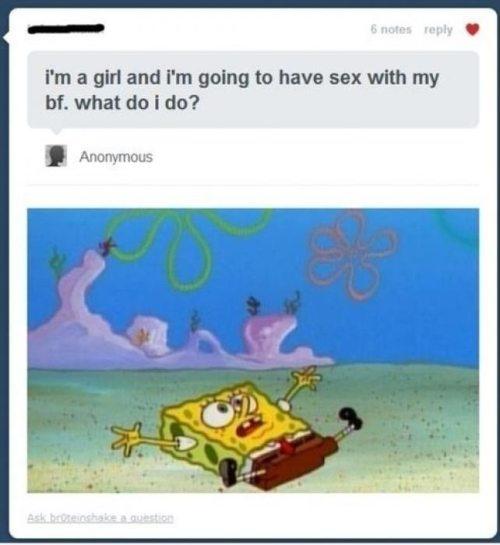 Sexualizing a kid’s TV show is, for the average content creator, all in a day’s work, and really its own reward besides. You have the satisfaction of twisting innocence into smut for a laugh. Here, the joke was perhaps twofold, as SpongeBob — a sea creature — lies in what’s colloquially referred to as “starfish” position, flat on his back, with limbs flung out to accommodate a more active sexual partner.

This week, Nickelodeon itself continued to draw connections between SpongeBob and questions of gender and sexual identity, including the yellow, absorbent protagonist’s image in a tweet shouting out the LGBTQ community. This read to some as a declaration that SpongeBob is canonically gay, although scholars of the show pointed to past evidence of his asexuality: The show’s late creator, Stephen Hillenburg, confirmed as much in 2002, when first pressed about claims that SpongeBob is attracted to other male… aquatic organisms.

In fact, it appears to have been offended conservatives — who had just devoted time to complaining of Tinky Winky, a supposed gay menace, in Teletubbies — responsible for bringing sexual overtones to bear on SpongeBob. While the show did resonate with a queer adult audience, not until 2005 did factions of the religious right suggest it was homosexual propaganda. At issue was a “pro-tolerance” music video from the nonprofit We Are Family Foundation, featuring SpongeBob, Muppets, Barney the Dinosaur and a zillion other TV characters, set to the Sister Sledge song “We Are Family.” The clip began airing “on Disney Channel, Nickelodeon and PBS on March 11, 2002, the six-month anniversary of 9/11, to provide a positive message of togetherness,” according to WAFF.

Three years later, James Dobson, founder of the fundamentalist Christian group Focus on the Family, denounced the video at a black-tie Washington dinner with members of Congress and conservatives, singling out SpongeBob by name for allegedly tolerating or celebrating differences of “sexual identity.”

Dobson’s spokesman later added, “We see the video as an insidious means by which the organization is manipulating and potentially brainwashing kids.” But there was no mention of SpongeBob, who at any rate is barely in the video. For Dobson, he was only a handy, well-known reference.

It was around this time, too, that the canvas for memes as we know them today — social media platforms including YouTube, Reddit, Facebook and Twitter — at last unfurled. Of these networks, the blogging site Tumblr, founded in 2007, would prove especially popular for teens and young adults versed in the golden age of SpongeBob (the run from its debut in 1999 to the full-length film and Hillenburg’s departure as showrunner in 2004). 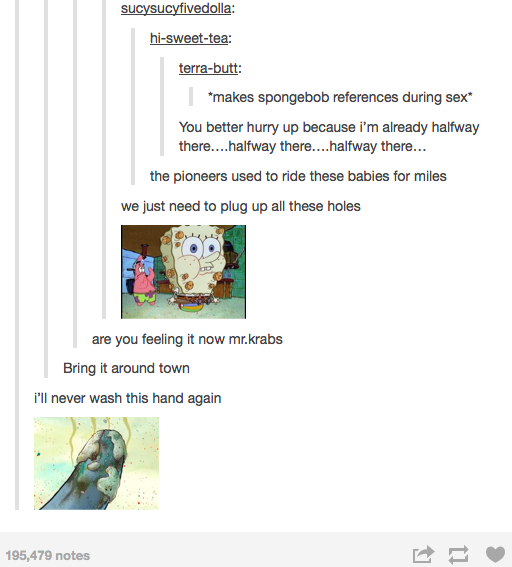 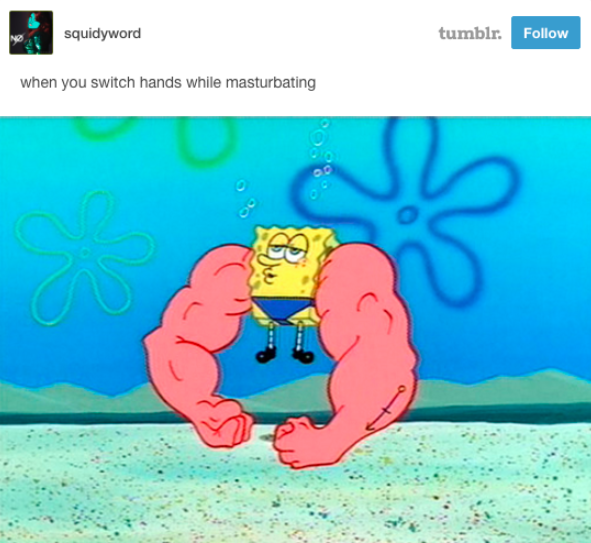 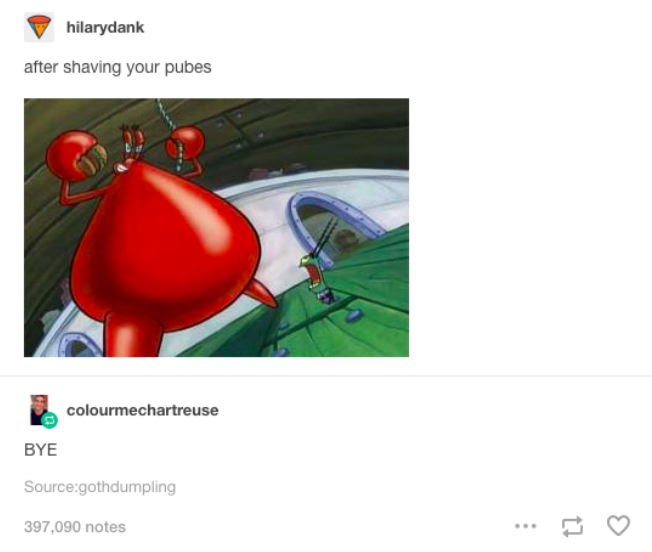 In a curious way, the explosion of carnal SpongeBob posts on left-leaning Tumblr vindicated the fears of religious bigots who thought the series advocated against traditional values. Here was a generation that, as it grew to maturity, processed their sexual awakening with imagery and quotes from a cartoon where the two male-presenting leads (that is, SpongeBob and his companion, a goofy pink starfish named Patrick) walk around town holding hands. While the idea that SpongeBob had indoctrinated this cohort into queerness will always be absurd, what Dobson had actually worried about was not conversion but acceptance — that straight people would cease to shun and repudiate their queer or non-conforming neighbors.

It’s more than plausible that SpongeBob had some influence on that level, since it delights in uniqueness and individuality, with a hero who chases his own bliss despite (or in naïve ignorance of) anything that would stop him. If the show has a message, it’s a simple one: be yourself.

Moreover, the style and humor are silly, uninhibited, tropically bright and joyous. The antagonists, such as they are, tend to be dour and grumbling characters like Squidward, the stick-in-the-mud next door annoyed by SpongeBob’s zest for living. Nobody wants to identify with these judgmental scolds; it’s SpongeBob who has fun and makes friends, rarely daunted by the haters. This attitude jibed with the pansexual utopianism of the peak Tumblr era — all are welcome, fly your flag proudly — while borrowing the outlandish conceits and art from SpongeBob helped to break down any association of sex with human shame or guilt. Erotic impulse has no stigma if you make light of it through the animated adventures of an ocean invertebrate who has a pineapple for a house. 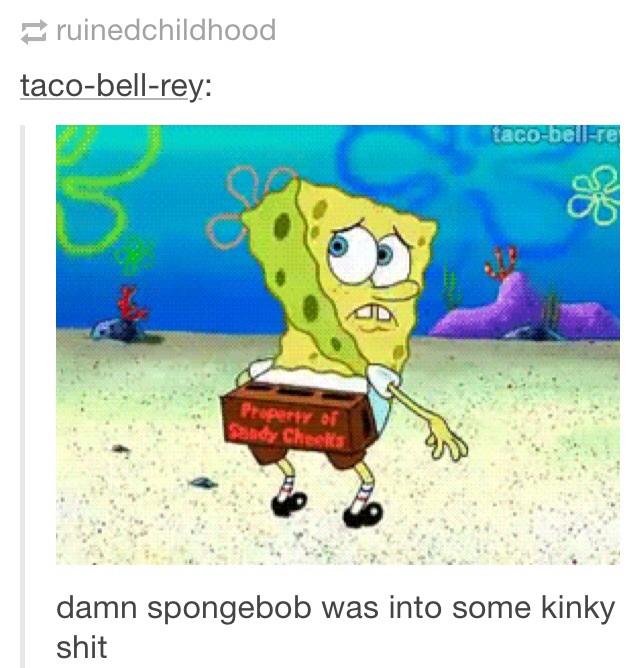 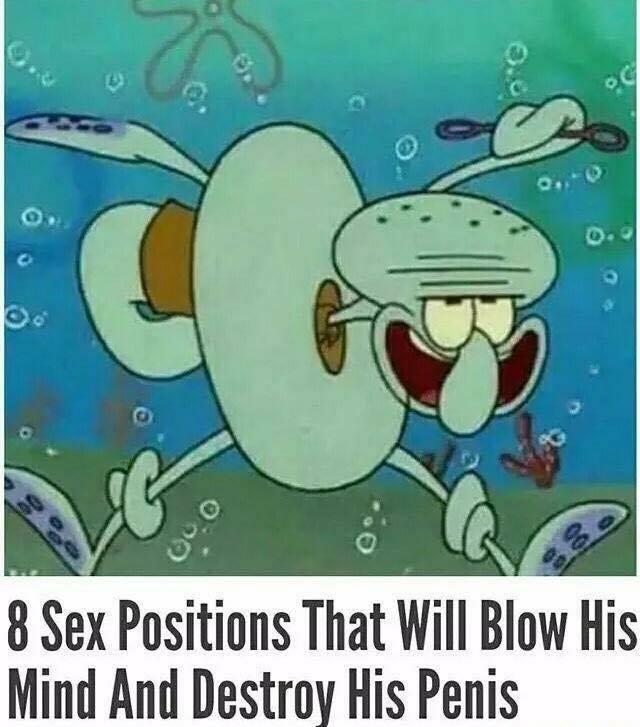 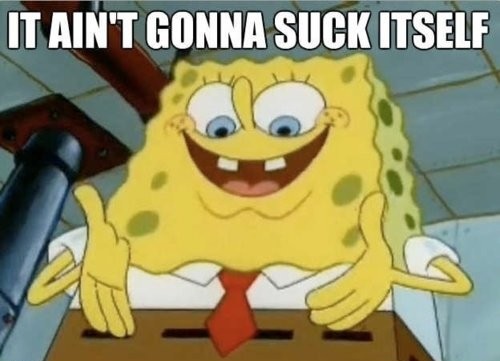 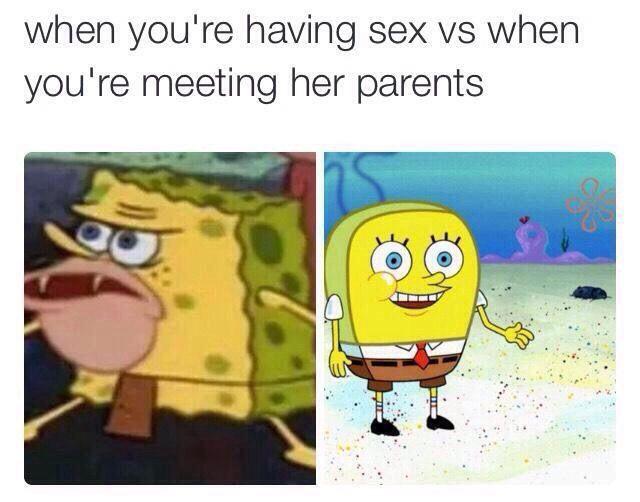 Over the last 15 years, of course, SpongeBob memes have spread to every corner, addressing every kind of experience, becoming the common currency of a chaotic market. The show’s versatility and gift for non sequitur allowed a translation to this newer, faster, fractured yet collectivist medium, with Bikini Bottom a convenient microcosm of the internet’s population, casually going about their days in a topsy-turvy place where nothing is altogether predictable or sane. That, as we say, is relatable.

The now firmly established legacy of SpongeBob sex jokes wasn’t the result of mere juvenile instinct — the need to deflower what is chaste and obtain forbidden knowledge — but a recognition of the show’s eccentric spirit as applicable to the vast treasury of human behavior. Mr. Krabs, who is a crab, has a daughter named Pearl, and she’s a whale. How? Don’t sweat it! In exploring a world like SpongeBob’s, or seeking pleasure in our bedrooms, creativity reaches a maximum. We are, to put the finest possible point on it, free.

There’s no price of admission, either. The memes speak for themselves whether you’ve seen the show or not, because they satirize us, and our manic horniness, not the kid-friendly source material. And they vent sexuality in surprisingly wholesome terms, which is to say comical ones, as sex, considered objectively, is the biggest joke we have. It’s a lovely way to indicate our bodies, our desire and ourselves while feeling safe. It’s nonsense layered on nautical nonsense, so it’s accepted, then second nature.

And then it is the water we swim in. 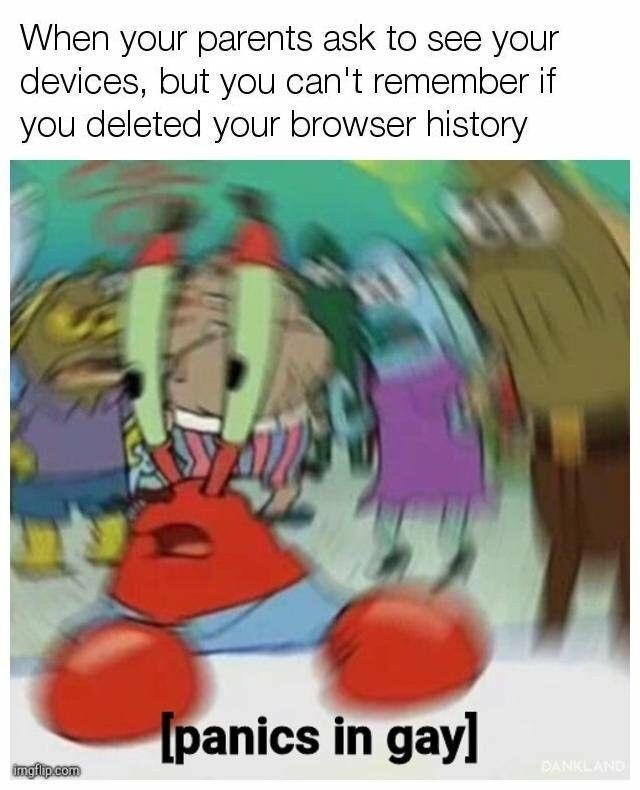 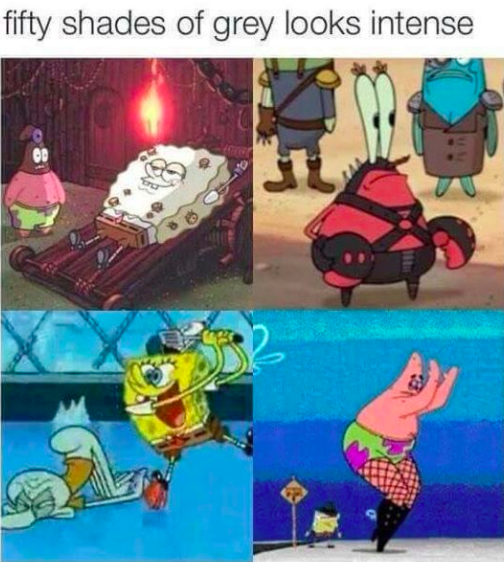