Dank Recovery Memes and The Quest to Find Humor in Addiction

‘A lot of people in recovery feel like they’re all by themselves. When I take a chance with a meme that’s a bit weird and it gets lots of likes, I realize that I didn‘t even realize how isolated I was before.‘ 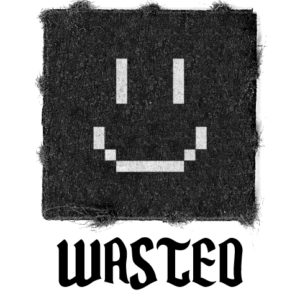 Timothy Joseph Kavanagh was worried about relapsing. He’d been clean since March 2012, but his brother had recently died in a drunk driving accident and his girlfriend dumped him after grief overtook him. When his dad invited him over to his house for a whiskey, Kavanagh thought of the way the liquid would burn his throat and numb his aching brain like medicine. But before he took a sip, he remembered his rock bottom: slumped in the basement of his grandma’s house, injecting heroin with a dirty needle, Hepatitis C already in his bloodstream and a warrant out for his arrest.

He didn’t want to go back there, so he consulted a sober friend who invited him to a Facebook meme group for alcoholics. A week afterward, Kavanagh made one of his own, writing the words, “This was the last text she sent before crashing,” over a photo of a crying woman. The phone below her reads, “This heroin is fucking fire! I don’t think I should be driving. Hahahaha.” When people commented on his post — “It’s so bad how much I’m laughing right now” and “dead” —  it made Kavanagh feel a little less alone. And so, he stopped thinking about pills and started thinking of punchlines. It was good to know that there were others out there who admired Obama’s forearm veins not because of how good they looked, but because of how well they’d hoover up heroin.

In 2015, Kavanagh ended up starting an Instagram account of his own called @DankRecovery and filled it with his darkest thoughts. Not everyone likes his work: “Why are people laughing? This is sick,” one commenter scolds. “Woah that’s fucked up,” says another. Some think recovery should be serious, and not involve pictures of Winnie the Pooh celebrating the return of his sex drive after withdrawing from opiates. Unfortunately for them, dank recovery memes are everywhere now. Case in point: Kavanagh’s page has nearly 45,000 followers, and he’s inspired another 20 or so other recovery accounts, many of which refer to him as their “meme daddy.”

Their narrative is obviously in stark contrast to the usual recovery journey — e.g., Russell Brand swaps out crack for yoga, or a co-worker goes on and on about how much more energy they have now that they’ve quit booze: When I wake up, I feel so fresh. Not to mention, other Instagram accounts focused on recovery are often super earnest and wholesome — search for #soberlife and you’ll find quotes like, “When you quit drinking, you stop waiting” superimposed over sunsets.

For Tim Gerry, the guy behind @theragingalcoholic_ meme account (23,000 followers), all the positivity made him want to puke. “Before I had my meme page, I’d scroll through my feed, and it would just be lots of people posting their achievements and their best selves, which could get you down,” he says. “Now that I have my meme account and only follow meme pages, I can scroll for hours, and a lot of the shit will make me laugh and feel better.”

Harry, one of the five people behind @Fucking_Sober, also finds that nasty content makes him feel better than inspirational posts. Content such as someone Googling how to induce a coma, a woman with a fish carcass between her teeth because since she got sober she’s gotten into some freaky sex stuff and Gandalf oversharing the details of the physiological effects of chronic alcohol abuse on the gastronomical tract. “When someone goes through something so awful and then survives,” Harry explains, “it leaves you with a really sick sense of humor.”

Harry didn’t always think this way, though. During his first few months of recovery, he became, as he describes it, “holier than now,” believing that sobriety meant seriousness — forgoing darkness to embrace light. His path to sobriety began, ironically, with a three-day bender. He swallowed MDMA in a club bathroom on a Thursday night and three nights later, he found himself sweating into a sofa with tinnitus from hours of techno smacking against his eardrums. That evening, still absolutely wasted, he went to an AA meeting and burst into tears.

As he made the adjustment to sobriety, Harry found himself filled with all these new thoughts and feelings, some of which made him act differently. “If you detox quickly, your brain explodes because you’ve sedated it for so long,” he explains. “You wake up and feel things again; it’s beautiful. I felt like I’d been through a religious experience. But then I started sending really long emails to my friends and family diagnosing their problems. At the time, I wasn’t even fully sober. I was preaching the gospel, but I still couldn’t give up poppers.”

But then Harry realized sobriety didn’t mean he had to become a different person; he could be just as coarse and sarcastic as when he spent each Friday avoiding eye contact with his boss lest he notice his giant pupils. “For me, it’s been very therapeutic not to ignore it, but to embrace what I was before and accept that it’s still in me,” he says.

Kavanagh agrees: “I realized there’s a difference between being a fucked-up person and having a fucked-up sense of humor. I don’t hold back because of some weird idea of how a person in recovery is supposed to be.” After all, he adds, “When you get your coin at AA after completing the 12 steps, they all say, ‘To thy own self be true,’ which basically means be yourself.”

For both Kavanagh and Harry, the ultimate joy these days are messages from people saying that a meme was the reason they got help. “Someone once said to me, ‘Addiction is isolation, recovery is connection,’” Kavanagh tells me. “A lot of people in recovery feel like they’re all by themselves. Often when I make memes I don’t realize other people have experienced that moment, but people’s jaws drop. I get messages saying, ‘I can’t believe that somebody else has thought this.’ When I take a chance with a meme that’s a bit weird and it gets lots of likes, I realize that I didn’t even realize how isolated I was before.”

Memes will obviously never be the difference between someone getting sober or dying of liver failure, but as Kavanagh can attest, they could be the thing that drags someone to a musty community hall for their first AA meeting, and/or offers much-needed serotonin to a juiced-out brain.

From there, the trick is sobriety — it just needs to be funny.

Annie has written for VICE, i-D, Dazed, and The Quietus.