Hot tip: Being wrong is actually totally normal and cool

Whether you spend your time online p0wning libs, educating Trumpers or passionately typing about something else altogether, chances are, you argue a lot. Hell, you might even take your arguments offline from time to time. (What a thrill!)

But, hypothetically speaking, what would be the best thing to say if you were to suddenly recognize that your stance on something is misguided? What if, god forbid, you were presented with a counter-argument that you simply can’t deny?

It only takes two words to solve everything: “You’re right.” 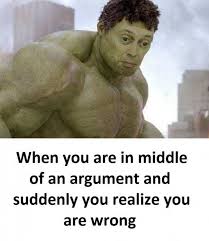 As Jeremy Pollack of Pollack Peacebuilding Systems says, agreeing to another person’s point in such a straightforward manner “immediately puts you on their team.” It quickly switches the scene from volatile argumentation to open discussion, and by validating the other player, you relieve tension all around. That way, you can move forward with a much more civil, much less fiery discussion — one where you put yourself and the other person (a living, breathing, feeling being) above the argument in question.

There are a few other things to consider after you admit defeat, especially if you still hold some opposing views. “Be ready with an alternative way of making your point or justifying your claim even more strongly,” says Lawrence Susskind, co-founder of the Program on Negotiation at Harvard Law School. “Trying to cover up your mistake won’t get you anywhere. You’ll just undermine everyone’s trust in you. Take a break at the moment you realize you’re wrong, and do what you can to construct an alternative argument. Then say, ‘You know, on second thought, I’m probably wrong about what I was saying. But there are even stronger reasons to take my general point seriously.’” At that stage, you can lay them out. 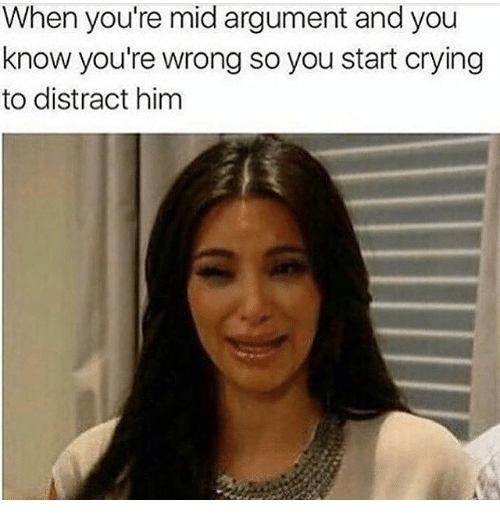 If you find yourself being out-argued often, it may also help to consider your psychology in our increasingly polarizing world. “Realizing something in midstream that conflicts with your stance suggests that you’ve been denying and splitting off what you knew to be true prior to the argument, because it didn’t suit your position,” psychologist Jeanette Raymond explains. “In other words, cognitive dissonance made you discard what didn’t fit.”

“If you sense that the discarded part has merit in the middle of an argument,” Raymond continues, “it suggests that (1) you’re less threatened by the ‘wrong’ stance; (2) you’re able to integrate both sides of the argument, and therefore aren’t killing yourself off by realizing you were ‘wrong’; or (3) the integrity of the relationship with whomever you’re arguing with becomes more important than you being ‘right’ and saving face.”

In other words, simply being able to recognize and say when you’re wrong is a positive thing that displays bravery and a general willingness to evolve. “You should acknowledge that you can see the other person’s point-of-view and the merit in it,” Raymond says. “Not in a way of who wins and who loses, but as a way of making room and being emotionally available to consider alternatives, because you’re no longer threatened, nor shamed.”

Once you have that resolved, you can freely move on to your next victim of intense internet activism.