It will leave you feeling anything but bitter

With the descent of the summer heat comes prime citrus season — a time for lemonade stands, bake-sale lemon bars and lemon-y iced tea. My neighbor’s lemon tree is starting to bear fruit, as if to prove the point right in front of me. Right on cue, too, I stumbled across a pile of lemons on sale at the market the other day, and walked away with 10.

So it’s time to do something with all this citrus, but one common problem awaits: The waste of the peels. It’s arguably the best part of the whole lemon, packed full of oils that deliver flavor and aroma that lemon juice on its own cannot replicate. It’s what makes a grove of lemon trees so fragrant, and what gives that distinctive lemon scent to all sorts of products. To toss it out with the squeezed fruit ought to be a kitchen sin, yet we do it all the time. 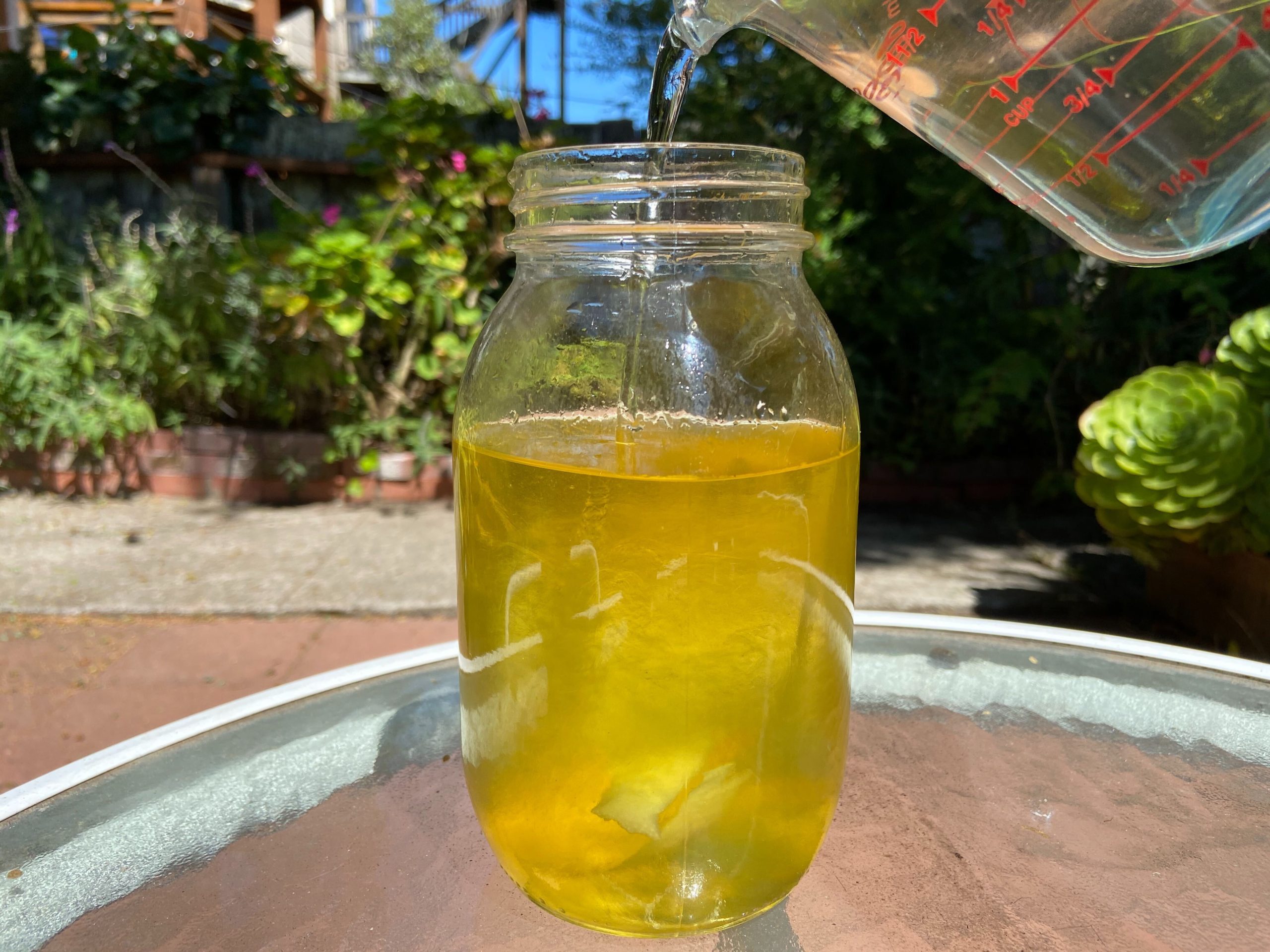 It’s consumed most commonly as a digestif after meals, but you can pretty much sip a shot of it whenever, most especially on a late, hot summer afternoon while sitting outside. Limoncello is classically a liqueur made in Italian homes, and rightfully so —  it’s one of the easiest and best-tasting infused alcohols for anyone who wants to tinker with booze.

Plus, I feel like an old Italian man (think Gennaro Contaldo, or YouTube cult favorite Pasquale Sciarappa) every single time I drink the stuff, ice-cold out of the freezer. It’s strong in every way possible: Powerfully lemon-y, high in alcohol and sweet as honey. It tastes a little like delicious medicine, which sounds about right when I think about mellowing out with two tiny glasses of the stuff.

Limoncello is the stuff of woozy daydreams, anyway. Diane Lane’s character falls for a stupid-handsome Italian guy in the drippy 2003 rom-com Under the Tuscan Sun, and he seduces her after dinner with the surprise of limoncello. Three years later, Danny DeVito evolved into a living meme when he got hammered on limoncello with George Clooney on an all-nighter, then stumbled onto the set of The View for an unforgettable appearance, then decided to make and sell his own limoncello for the U.S. market to capitalize on the whole fiasco. (It even has a theme song.)

That incident kick-started a bit of a zeitgeist-y boom around limoncello, a drink that wasn’t known much outside of Italian-American circles. Turns out, despite the mass popularity of limoncello in its native Italy, it’s not even all that old by Italian culinary standards. While some legends suggest limoncello was quaffed as far back as the Middle Ages by fishermen on the Amalfi Coast, or made in monasteries by monks for centuries, most reliable records trace it back just to the turn of the 20th century.

Was it first a fashionable post-dinner drink in the coastal town of Sorrento? Or was it actually born on the island of Capri, as the official Italian association for wine and liquor producers claims?

I have no idea, and you bet your ass I’m not getting into a territorial Italian food fight. Either way, the Italian obsession over using the right lemons from the Amalfi Coast is valid — by all accounts, those huge lemons are much sweeter than our run-of-the-mill American ones.

So the main tip here is that you need good, ripe lemons. You’ll probably want to seek organic ones at the market, because they lack the waxy coating that conventional lemons have for protection. Even better for anyone in citrus territory is to find a generous neighbor who has a lemon tree (give ’em a bottle of limoncello in return!). As for the length of time you need to infuse the lemons with your neutral alcohol of choice — a week will do, although you can keep it going for up to a month.

And while DeVito sings in his ode to limoncello that “it’s so very nice, perfect served cold on ice,” it’s traditionally served neat, straight out of the freezer.

In terms of prep, peel the lemons with a vegetable peeler, avoiding the bitter white pith as much as possible (you can carefully trim away any excess with a sharp knife afterward, if necessary). Put the lemon rind into your infusion container and top with the alcohol. Store this away in a cool spot away from direct sunlight for a week or longer. (The vast majority of the infusion will occur within the first week, but feel free to experiment with the timeframe.)

When that’s ready, the only remaining step is to sweeten the infusion with simple syrup. You can push the sweetness on this liqueur as far as you want; some recipes suggest three cups or more of sugar, which seems like too much for my taste. In addition, you can bump up the ratio of water to sugar in your simple syrup if you’d like a smoother-sipping beverage with less alcohol. Just keep in mind that 80-proof vodka is a different ingredient than 120-proof grain spirits; you’ll need more water and sugar with the latter to make it palatable, obviously.

No problem. Try it in a limoncello tonic (the bitterness of the tonic helps balance the sweetness). Or try a limoncello smash: A glug of limoncello muddled with mint and a wedge of lemon, then shaken with ice and served with a fruit garnish.

Limoncello is versatile and delicious in a number of drinks, so don’t let any stuffy Italian traditions tie you down.