What It’s Like to Be the Husband of a Hoarder

At what point do you choose a clean house over the person you love?

One day like any other, Jeff Nichols, a 54-year-old in Pittsburgh, walked into the house where his wife and their son lived, said “what the fuck” and left for good. It took a decade of marriage and cohabitation, but Nichols had finally had enough — his wife was a hoarder, and she wasn’t ever going to change. “It was just a moment where everything came together,” he tells me. “Like I hadn’t realized how dark the room got and a lightbulb came on. Our house was unlivable.” 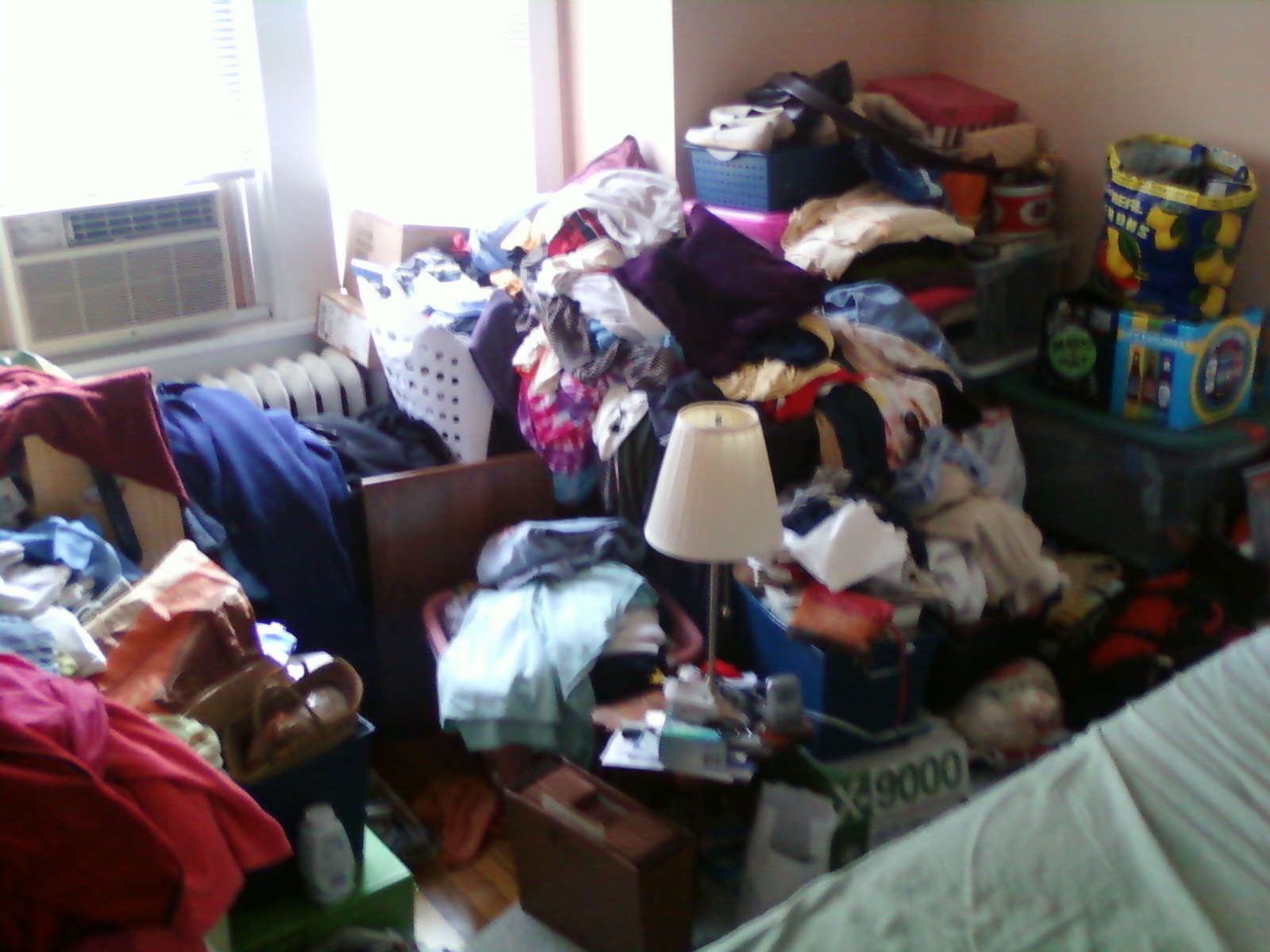 As seen, of course, on A&E’s Hoarders, hoarding is a form of obsessive compulsive disorder, where someone has obsessive attachment issues. (Per the Washington Post, there are roughly 19 million people in the U.S. afflicted with compulsive hoarding.) According to the website Beyond OCD, hoarders may “have fears or feelings that something bad or catastrophic will happen if they throw something away,” or might suffer severe feelings of incompleteness when something is given or thrown away.

“In the worst cases, hoarders will keep things around that are toxic: garbage, old newspapers and substances that are symbolic of early toxic relationships, where the attachment and connection wasn’t loving or healthy,” explains Claudia Luiz, a psychoanalyst in New York. “We don’t always connect to what’s healthy and good, sometimes we connect to what’s familiar. [Hoarders] are holding for dear life onto things that provide the illusion of being connected and filled up. The hoarder truly has a garbage connection to the world, but that’s what feels familiar and safe — and what the brain returns to.” According to the Washington Post, there are roughly 19 million people in the U.S. afflicted with compulsive hoarding.

“I should have been quicker to just get out,” Nichols explains. “I didn’t know what hoarding was, the TV show wasn’t around and awareness around hoarding wasn’t what it is today.”

Nichols recalls how the family’s social life slowly deteriorated. Neighbors stopped inviting them to the traveling supper club, and his son had trouble making friends since no one was allowed into the house. “There’s a huge shame component to hoarding — for the hoarder and the people who live with the hoarder,” he says. “We never let anyone know what was happening, yet our basement was literally floor to ceiling with her things, with very small walkways in between the piles.”

In fact, every room of the house was bordered with piles of old mail, newspapers, documents, disassembled desks and boxes of junk. Yet to Nichols’ wife, everything was perfectly organized. “She could tell whenever me or my son had been into one of ‘her’ bins,” Nichols says. “She literally had the positions of her stacks and piles memorized.”

Nichols says he once figured that if he broke all her jars, she wouldn’t see a use for them anymore, and they could be disposed. “I was wrong,” he says. “You’d have thought I was cutting up puppies or small children from her reaction.” The fights only grew more volatile from there: “I felt like my son and I were hostages in our own home. I was being battered down, avoiding anything that might lead to a half hour fight over a spaghetti sauce jar.”

As a last ditch effort, Nichols volunteered to go into therapy with her, but it didn’t last. “She quit therapy altogether, saying the therapist and I were ganging up on her. I wanted her to get better — I still do — but she just won’t have it.”

According to Luiz, it takes a lot of time and trust before a hoarder will come anywhere near addressing the “motherload of buried feelings, like being unloved and unwanted. Only then does the need for hoarding finally dissipate, as it gets replaced with real feelings and self-compassion.”

Nichols, unfortunately, couldn’t get that far with his ex-wife. “If she’d just said, ‘Okay, I realize what this is and I’ll work to get better,’ or showed any signs of wanting to improve or acknowledgment of her problem, we’d still be married right now,” he laments. “But she didn’t, and here we are.”

“Until recently she still had some custody of my son,” Nichols continues, “so I was picking him up after he’d spent a weekend with her. Normally he’d refuse to stay at the house, and stay at her mom’s instead. But this time, when he got in the car, my heart started racing like it was trying to escape from my chest. I started sweating as well. He said something to me but I couldn’t respond.”

His son was wearing a coat his mom had gifted him from the house, and with it, the smell of the house flooded the car. “I don’t know that I’d have been able to articulate prior to that moment that her hoard had a smell. But smelling that coat, I was transported back to our marital home. I was suffocating in that place that I left almost a decade ago. I locked the coat in a closet and didn’t have the strength to clean it until weeks later.”

Nichols’ son suffers anxiety about the hoard, too. “My ex’s impact on me will continue to wane with time, but she’ll always be his mother. How do you, as a kid, reconcile yourself with your mother having a shitty life, and a seriously debilitating mental illness? My son suffered for my mistakes, and hers. I only hope that I can continue to make the rest of his childhood good.”

Today, Nichols has full custody of his son, and has cut off all contact with his ex-wife. “She’s still in the same house, and nothing has changed,” he says. “But I don’t blame her. I realize that her issues are part of who she is, and that she genuinely can’t help herself.” (In her defense, hoarding is often passed down from one generation to the next, and her father was such a bad hoarder that he had to rent an apartment to live in because his house was so filled with stuff.)

With enough therapy of his own, he’s also realized his own faults — figuratively attempting to clean up his own life. “My wife did things that sucked, but I compounded any mistakes she made by smoothing things over, hiding them and tolerating what should have been intolerable for myself and my son,” he explains. “I thought I couldn’t win against my wife, and that I couldn’t be a good father. But I was completely wrong on both counts.”