Cold pizza is canon, but what about cold mac and cheese? Cold fried rice? Maybe this is an idea I should have, um, put on ice

I’d like to reveal to you one aspect of how the sausage (this column) gets made. My editor really likes cold food and very badly wants you to like cold food, too. My recent story about hot versus cold sandwiches was her idea, for example, though I did ultimately come down on the side of the much sexier hot sandwich. (What can I say? I’m a sickass rebel who isn’t about to listen to any “boss” or “authority figure” who likes “cold sandwiches.”)

Today’s piece about hot foods that are better cold was her idea, too. Now, I took issue with the idea that a cold sandwich could be just as good — nay, better! — than a hot sandwich. I’m a godly woman and have no interest in pursuing any kind of advocacy for the devil. But hot foods that are better cold, well, that’s just common sense. Everyone knows there’s no point in reheating pizza because it becomes a delicious cheesy cracker in the fridge overnight. Everyone likewise knows that stews and chilis are better the next day.

But does it stop there? I took to the streets — okay, to my kitchen 10 feet away — to investigate. First, though, allow me to start with the obvious…

To my mind, pizza is the classic “food you don’t need to reheat.” If I was a gamblin’ man, I’d say that has something to do with pizza’s status as one of America’s first true convenience foods. Pizza Hut, founded in 1958, was one of the country’s earliest fast-food restaurants. Pizza was the first food Americans could order to be delivered to their homes en masse. It stands to reason that the sorts of people who would order delivery in the days when such behavior was uncommonly lazy would also be too lazy to reheat that delivery before eating it the next day, right? I mean, how many of us have been 21, eating cold pizza standing up and failing to fend off depression? I’ll bet lots.

But then I took a poll, and it turns out that 43.5 percent of Twitter users surveyed are too proud to hunch over a batch of cold pizza like the wretched little goblins that they are. Numerous people recommended the “Roberta’s Method,” brought to prominence by esteemed Roberta’s pizza chef Anthony Falco: 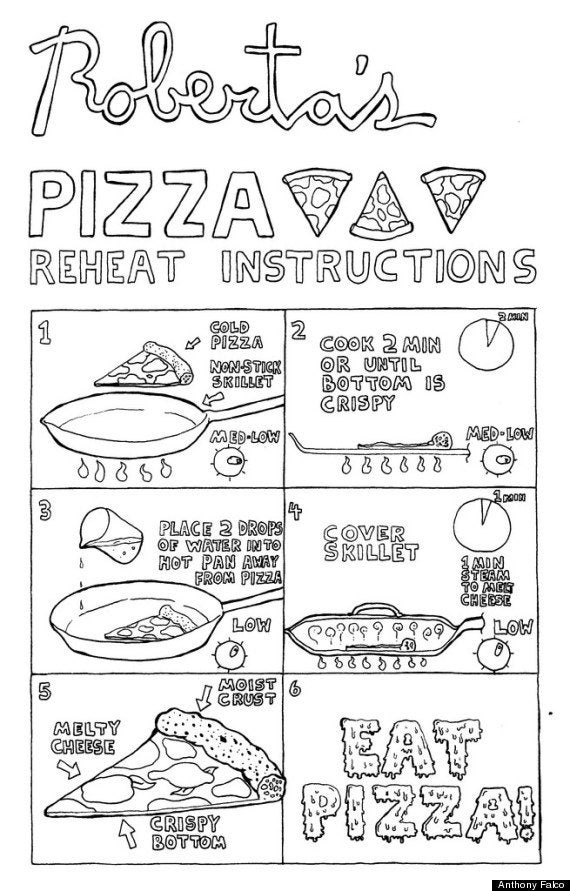 I gave it a shot. The method wasn’t that much more labor intensive than the now-despised one of throwing a slice into the microwave and forcing yourself to eat the lava-hot, gummy mess in shame. And wouldn’t you know it, my pizza was totally revived! It wasn’t identical to the freshly delivered hot pizza that it had been the night before, but it was a pretty damn respectable approximation.

Except… I like cold pizza. It’s a different food from freshly delivered hot pizza. It’s meant to be! In fact, if I may grandstand for a moment, I think we might all be generally happier with our leftovers if we allowed them to be different from the foods they were when they were freshly prepared. One of my favorite things to do is make a big ole pork shoulder, and then, when I feel myself getting sick of it, repurpose the remaining shredded pork shoulder into a sort of bootleg shepherd’s pie, with barbecue sauce and mashed potatoes on top. Made new, the pork shoulder is saved from becoming the stale, tiresome leftovers that we have to force ourselves to keep choking down by day three.

Which is to say, hot pizza is great. Cold pizza is great not in spite of the fact that it isn’t hot anymore, but because of it. Not everything needs to be brought back to life and forced to imitate its most perfect self. Let food get a little old and cold!

It turns out that cold rice and pasta can both cause food poisoning, which means that you should 100 percent ignore my advice below to eat cold fried rice. Except, I don’t know, do I really care that much? So many things can cause food poisoning, but also, I smoke cigarettes and have Crohn’s disease, and am, generally speaking, an unhealthy little urchin, and I just can’t care about every potentially harmful thing all the time — especially during pandemic times. Unlike COVID-19, the shits I might get from eating cold pasta are mine and mine alone, impossible to spread, which makes them practically benign. So consider this your healthy warning to never do the things I do, and read on.

All that said, cold mac and cheese sucks shit. But so does reheated mac and cheese! Pastas in rich, creamy sauces are the worst kind of devilry — delicious when hot and fresh, but too heavy to finish in one sitting, but impossible to satisfactorily reheat, and gross when eaten cold. Guess I’ll just die!

If you must turn a mac and cheese-like pasta into leftovers, reheat those leftovers slowly on the stovetop. Low heat only, please. You don’t want the sauce to break up and go all oily and gnarly. (Or maybe you do want that, in which case you’re a miscreant and I’d frankly be more comfortable if you went and read something else.) Eaten cold, the pasta’s cheese sauce is clumpy and tastes like nothing. Reheated on the stovetop, it’s still not great, but at least it more closely resembles the proud dish that it was when it went into the fridge in the first place.

I’ll be honest, I included this one because I felt like eating fried rice, and now I get to write off that fried rice on my taxes as a work expense. Is this what all those frog avatars mean when they get on Twitter to accuse me of being a grifter? 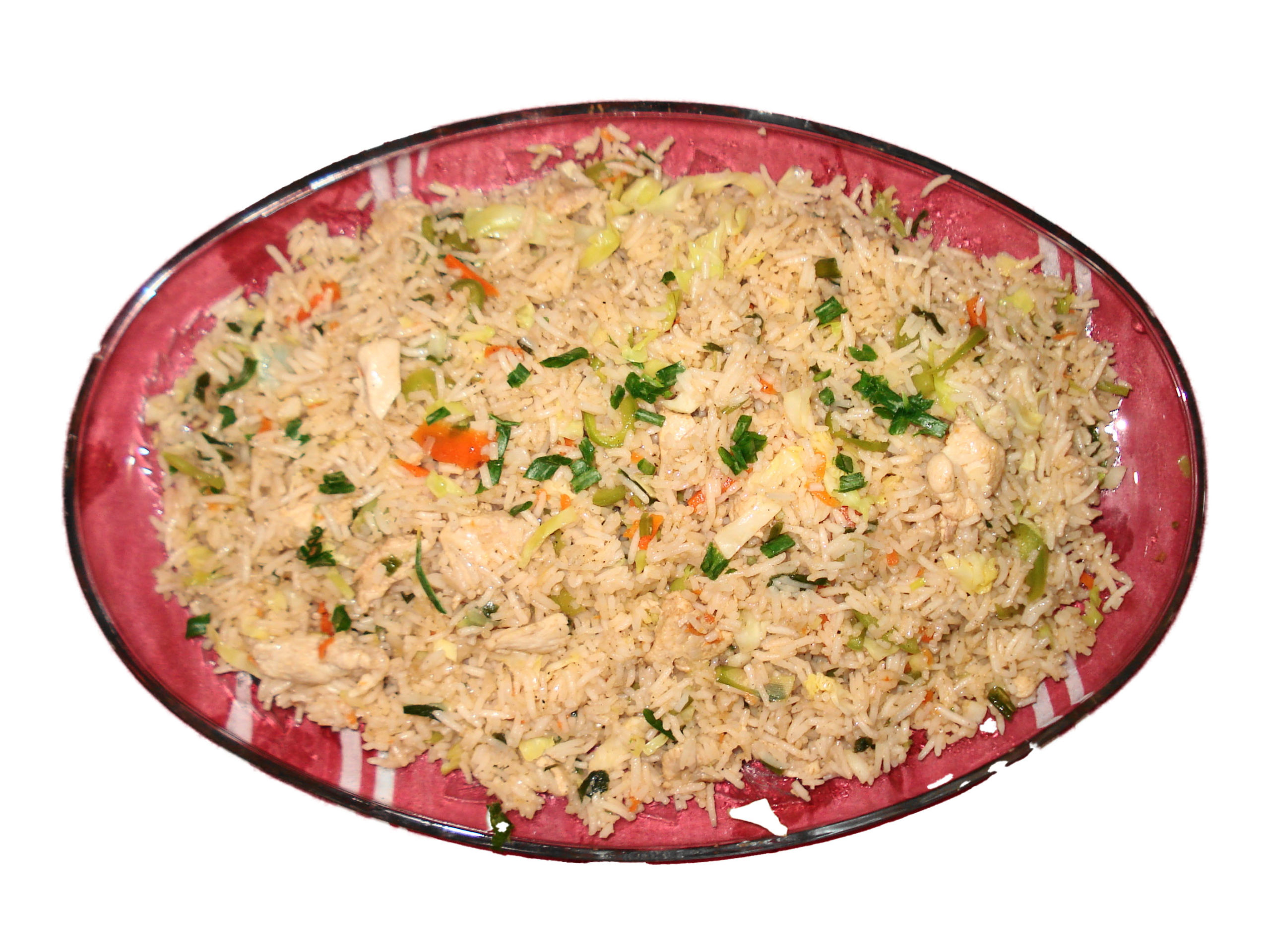 Still, I think cold fried rice deserves an advocate. It behaves so nicely in the microwave that I suspect most Americans don’t even bother to try it cold. I, however, am an impatient fuck with a pothead’s punishing appetite, and so, I bothered. And it’s great, especially if you throw some sesame seeds and scallions on top! (That last sentence can be applied to most things, in fact.) The rice goes a little crunchy in the fridge, which I think is nice. (I’ve been told this is actually gross, but I don’t care.)

Yes, my Indian takeout order is basic as shit. Judge not lest ye be judged.

Curries in general feel like an eminently reasonable addition to the “hot food that’s better cold” oeuvre. It checks all the boxes — braised meat, lots of spices, heavily sauced. Dishes that partake of all three are those that do well in the fridge overnight. (A seared or sauteed meat might toughen in the fridge, only to come back to life once reheated; a less-than-spicy dish might become bland, and a sauceless dish is likely to dry out.)

I was, however, on the fence about samosas. Their deep-fried skins didn’t seem like they’d hold up well to refrigeration. Honestly, I’d never had cause to find out because I’d never had a samosa last long enough to become a leftover. 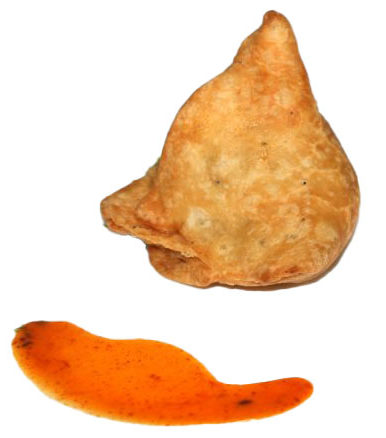 I needn’t have worried. Both were great. All those strong flavors married beautifully in the fridge overnight, and it turns out that the fried samosa dough is just as tasty even when it loses its crisp. I don’t think I’ll ever microwave a leftover curry again. I just love a happy ending!

This seemed like it could only go poorly. First and foremost, don’t even talk to me about a cold French fry unless you’re in the market for a knuckle sandwich. There’s nothing more dismaying than a French fry that’s lost its heat and crunch. As for fried chicken, the best part is, of course, the skin. Fried chicken skin is both crispy and greasy, two features that rarely lend themselves well to chilling overnight.

I’d love to have better news on this front, but surprise: This tasted like shit. The chicken wasn’t awful (protected, maybe, by its grease), but I just plain don’t like cold chicken unless its chickenliness is disguised in some way, like it is in chicken salad or in a stew. And the cold French fries were, you know, cold French fries. Eating a would-be hot food cold is sort of a depression move to begin with, but this was the only meal I tried that felt genuinely depressing. Even the gross cold mac ‘n cheese was so gross as to be exciting. This was just gross.

Others speak highly of cold fried chicken, and more power to them. But who are you gonna trust? A bunch of experts who “know what they’re doing,” or me, your buddy Rax?

That’s what I thought.

Broadly speaking, stews and braises get better when they’re cold because “crispy texture” isn’t what’s good about them when they’re hot. In the fridge, strong flavors marry and already-tender, slow-cooked meats become even more tender. Flautas, on the other hand, are deep-fried and crunchy. If anything should be unequivocally better hot, it’s this triumph of crispy tortilla technology.

Flautas are somewhat variable, depending on where you get them from (or, duh, if you’ve made them yourself). My particular flauta salesman fills them with tinga and dollops fat gobs of sour cream, pico de gallo and guacamole on top; I’ve also had varieties filled with grilled chicken instead or topped with shredded lettuce, which I like much less, because I didn’t sign up to eat a goddamn health food. 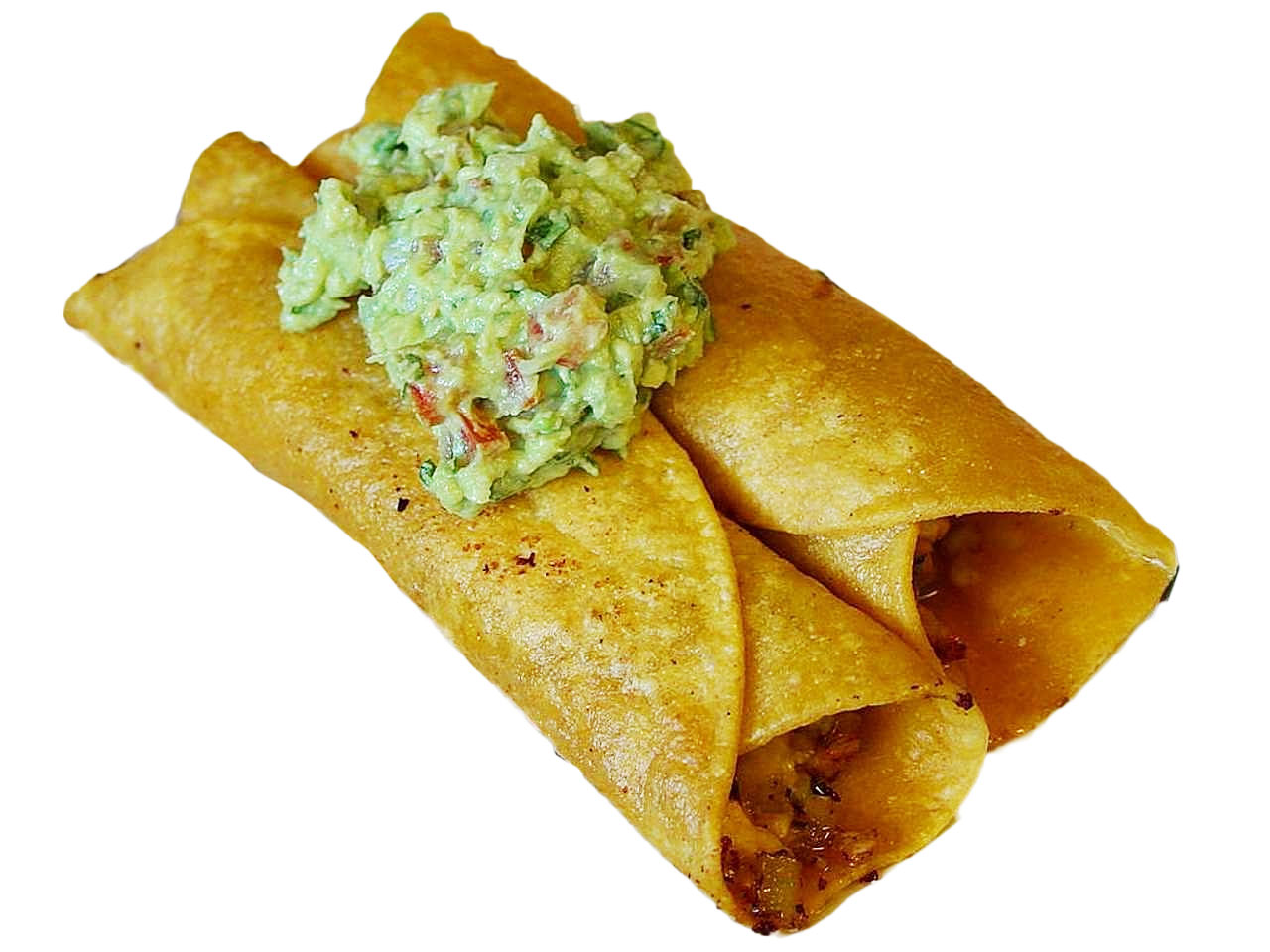 The cold flautas certainly looked iffy, with the sour cream congealed on the surface and the guacamole all brown and oxidized. But Lord if this wasn’t delicious. When hot, they often threaten to bow under the weight of their toppings; once chilled, the flautas regained enough structural integrity to be used as a scoop for the rice and beans Paloma’s sent me on the side. And the tinga inside remained just as tasty as it was when it was hot.

This one is cheating, because I don’t actually mean “cold cookies are better than warm cookies fresh out of the oven.” If I dared to say such a thing, I’d be straight up assassinated, and rightly so. What I’m saying is that cookie dough (cold) is better than warm cookies (hot). And if I had to move some goalposts and fudge some terms in order to get to proclaim this for a national audience, it was worth it, and may God have mercy on my soul.

Obligatory: Never eat raw cookie dough, salmonella, blah blah blah. Except the thing about that is that we’ve been living through the slow, agonizing death of society for over a year, and I think that should mean we all get to eat raw cookie dough without worrying about stupid salmonella for a little while, maybe until the weather is warm again. Like, I just think it would be cool if nature cut us a fucking break and pressed pause on things like salmonella so that the rest of us could begin to approximate the faintest shadow of a good time during these plague times.

Anyway, if you somehow went your whole adult life without depression-buying a tube of cookie dough at the store and squeezing the tube’s contents directly into your mouth while watching 90 Day Fiancé, there’s no better time to start than now. Go forth and squeeze!