Instagram is like a home to me. It’s where I marvel at memes. It’s where I maintain my group chat. It’s where I compare myself to others until I have no more self-esteem. So when unhinged sex bots started to swarm the comments under nearly every popular post in 2019 — and have been doing so ever since — I took it personally.

“I do find them very annoying,” says Josh Ronan, the man who runs ImSoWaved. Not only because the never-ending flood of bot comments discourage actual conversations, but also because having to delete them takes away from the precious time he could be using to post more memes. And Ronan’s not the only one feeling bad about all this: Instagrammers across the web have taken to pointing out Instagram’s severe “bot problem,” and more specifically, the “absolutely outrageous” comments.

So, what’s going on here? Who’s behind these bots, and what’s their objective?

It’s actually pretty simple. The bots leave funky comments all over Instagram and use fake likes from other automated programs to achieve top comment status. They lure you to their page (which typically has raunchy photos stolen from somewhere else), or they slide into your DMs where they send you a link that promises sweet nudes. In reality, it leads to an adult dating website (or something similar to OnlyFans), where they hope you’ll enter your credit card information. 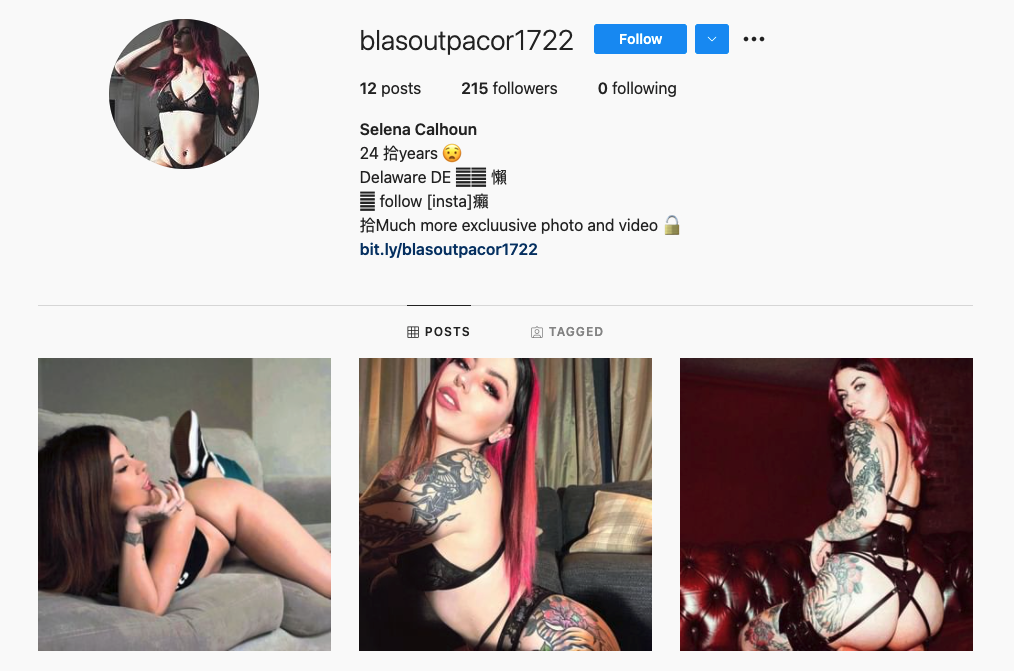 The moderators of r/Scams tell me it’s similar to the classic “Mandy” scam, where a swindler disguised as a hot babe texts you a link and says it’ll take you to her nudes. But ultimately, it leads you to an obscure adult meetups website, which says they require a credit card for “age verification.” Once you enter your card information, you’ll end up with a monthly charge that’s intentionally tough to cancel. 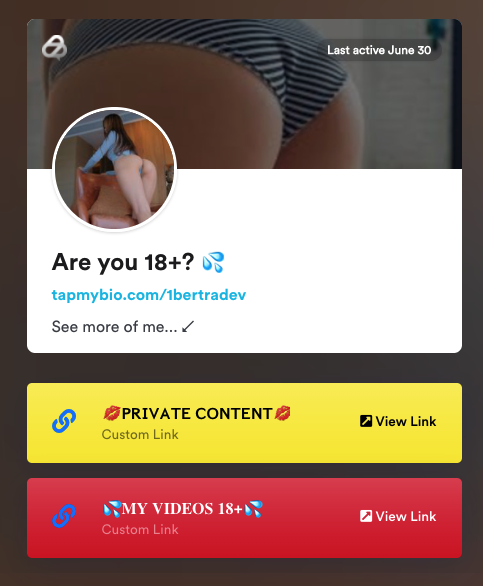 As for who’s behind these bots, it’s hard to say. “These are real people with families, and they have feelings,” says the purposefully anonymous creator of GrapeJuiceBoys, an Instagram account with 3.3 million followers and a massive collection of bot comments. While I can’t argue with that, it’s also likely that the majority of these bots are running through programs (or bot farms) that keep them active, so there’s probably one person at the head of many, many accounts.

Hoping for a clearer answer, I made a Finsta called TimeSimp420 and set out asking these sorts of bots where the hell they came from. I was able to send three DMs — two heart emojis, because that’s what the bots said to send if I wanted to “see more,” and one “Who the hell are you?!” — none of which received a response. Soon after, I was suspiciously locked out of my account and sent the following message: 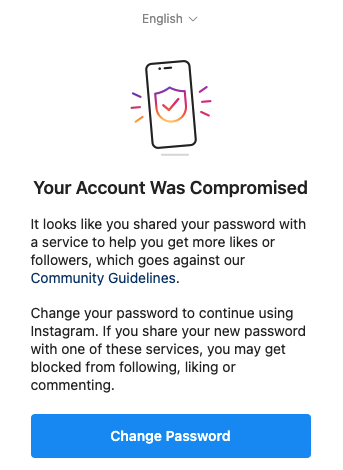 Raki Wane, policy communications manager at Instagram, says this isn’t unusual and was likely a protective measure built into the app’s systems. It’s possible that Instagram didn’t like me messaging all these strange accounts, especially as a new account without many security methods in place. Or, Wane says, one of the bots may have somehow gained access to my precious TimeSimp420, triggering Instagram to lock the account.

The good news, she continues, is that Instagram has been evolving to eradicate all bots across the platform. (Though, if you’re feeling conspiratorial, some have speculated that Instagram could be doing more to eliminate bots, but that would cause their engagement rates to plummet, which would make for unhappy investors.) This has been especially tricky, however, because the bots’ behaviors “continue to change.”

If you spend much time on Instagram, you’ll know what she means. Less and less are sex bots leaving comments like, “I’ve got a huge booty,” because those attract the Instagram police. Now, their comments are becoming more and more random, which as Wane points out, makes detection complicated.

Fortunately, influencers, frustrated at the mess beneath their posts, have joined the battle as well. “Instagram recently added a feature where you can block someone and any future accounts they make, which definitely helps a lot with the bots,” says Ronan. But sometimes, it feels like a war that can’t be won: “There’s always new ones on every post, as they use multiple accounts.”