What’s in This?: Weed Killer

We’re often told that you should never eat anything (or put anything on your body) if you don’t recognize everything on the ingredients list. But since most of us have no idea what xanthan gum or potassium benzoate are — or more importantly, what they’re doing to our bodies — we’re decoding the ingredients in the many things Americans put in (and on, or near) themselves.

This edition: Roundup Ready-to-Use Weed & Grass Killer III with Sure Shot Wand, which is made from three separate ingredients (well, kinda) that we’ve broken down in the exact order they appear online.

1) Glyphosate: Glyphosate is the most widely used herbicide in the U.S. It works by halting the shikimate pathway in plants, which essentially prevents them from making proteins necessary for growth. Glyphosate also happens to be a hot-button ingredient right now. In California, a couple was recently awarded $2 billion in punitive damages after a jury concluded that exposure to glyphosate in Roundup resulted in their cancer diagnoses, and more than 13,000 similar lawsuits have been filed in the U.S.

The owners of Roundup — and even the Environmental Protection Agency (EPA) — continue to argue that glyphosate is totally safe when used correctly. However, numerous studies suggest that the herbicide is indeed carcinogenic to both animals and people, which is especially problematic considering glyphosate is often used on our produce. A new study even found high levels of glyphosate in cereals and snacks marketed toward children, although pharmacologists argue that the amounts detected in food are less worrisome than the amounts farmers or enthusiastic gardeners might breath in or accidentally consume on a regular basis — say, they have a meal without washing their hands after using Roundup. These studies encouraged the International Agency for Research on Cancer (IARC) to take their own look at glyphosate, and they concluded that the chemical is “probably” carcinogenic. 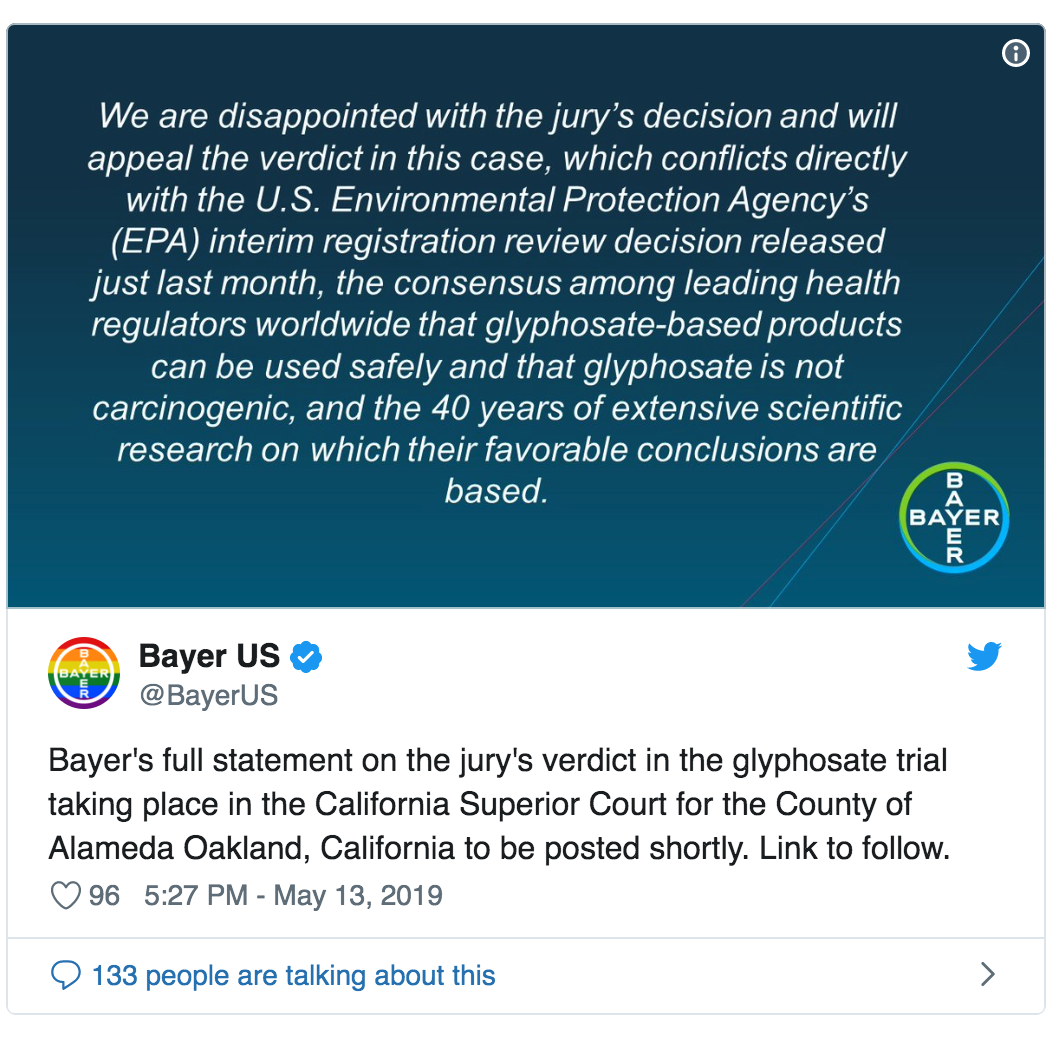 As for how exactly these various agencies came to different conclusions about the safety of glyphosate, a report published earlier this year suggests that the EPA based its decision primarily on industry-funded studies that found the chemical to be non-carcinogenic, which could theoretically lead someone to believe that those findings were somewhat biased. Meanwhile, the IARC based their conclusions mostly on peer-reviewed studies that suggests glyphosate probably is cancerous.

You can make your own assumptions about what’s really going on here, but yeah, it certainly seems sketchy. It’s no coincidence that the owners of Roundup have promised to invest $5.6 billion over the next decade on developing new weed killers that presumably won’t contain glyphosate.

2) Pelargonic and Other Related Fatty Acids: Pelargonic is a naturally occurring fatty acid, and it works by essentially burning away plant tissues. It also increases the effects of glyphosate when mixed together. Compared to glyphosate, pelargonic is generally thought to be less toxic to both people and the environment.

3) Other Ingredients: These are inert ingredients, which theoretically means they have no effect on the herbicidal ability of the formulation, and therefore, Roundup isn’t required to list them on the label. In other words, we really have no idea what these ingredients are! However, a 2018 study found several toxic ingredients, including arsenic, in multiple herbicides, which therefore encouraged the researchers to argue that these ingredients aren’t actually inert after all.

Previous studies have also suggested that these alleged inert ingredients increase the toxic effects that glyphosate has on human cells, however, much like the studies focusing primarily on glyphosate, this research was surrounded by controversy, with some arguing that the outcomes were overblown and that the study was performed incorrectly. Whatever the case, it seems that more research is necessary to figure out what these inert ingredients are all about.

The truth about Roundup and glyphosate is well hidden behind politics and money, which makes coming to a real conclusion difficult. That said, there seems to be more than enough evidence to suggest that this stuff isn’t to be messed with, and again, even the makers of Roundup, after immense public pressure, are looking into offering other formulations. In the meantime, consider using non-toxic alternatives whenever you need to whack some weeds.