What Really Happens When You ‘Die Inside’?

Micah Thompson, a 21-year-old bartender in New Zealand, died last week. Then he posted about it on Reddit. You can watch the very moment his soul left his body: It was when the full tray of beers he was carrying fell to the ground and shattered.

He walked away as someone else — a shadow of his former self.

“I’ve carried thousands of trays in my time as a bartender, and this one wasn’t any different,” he tells MEL. “However, I have never dropped a full tray like this before.”

Thompson scored the CCTV footage and uploaded the clip to the subreddit r/WatchPeopleDieInside, an immensely popular forum that boasts over 1 million subscribers. The New Zealand bartender’s video is now the subreddit’s No. 2 post of all time, and one of the top Reddit posts ever, with 119,000 points.

Thompson’s manager wasn’t upset — he found it hilarious too. “It was just amazingly funny,” Thompson says. “I was stoked at how good the angle was, and he thought my face was hilarious. We watched it about five times together before I had to go back down.”

Why We Love Seeing People Die Inside

There’s something thrilling about witnessing someone’s precise moment of self-reflection as they spiral into a pit of shame and regret. According to Alex Ribbentrop, a psychotherapist in Florida, there’s a few potential reasons why that is.

“It can be strongly argued that we are the only species that engages in such activity, essentially feeling some sense of enjoyment from the misfortune or suffering of others,” he says. “This may be understood as the result of a distorted sense of power or control, [where] if one is observing shame or embarrassment in someone else, it follows that the observer is not experiencing it.”

Unfortunately, he adds, “this may basically be saying that enjoyment or some emotional gain is experienced from a ‘better-you-than-me’ perspective.”

The other, “more optimistic perspective,” Ribbentrop says, “is [that] the feelings of shame, humiliation and embarrassment are some of the most intense emotions that humans experience and are almost universally relatable… these emotions tie deeply to feelings of insecurity, fear and vulnerability that are in place to keep us alive.”

And since the majority of people can relate to these feelings — particularly just how fragile our entire existence is — it brings us together.

“[These videos] bring us face to face with the inherent vulnerability that is part of our existence and the insanely fine line between life being ‘together’ vs. completely falling apart,” he explains. In other words, it allows people to experience a taste of life utterly falling to pieces… without having their life actually fall to pieces.

Viewers may experience the same sort of voyeuristic emotional rush “from [seeing people die inside] as they would when observing a near-death experience,” Ribbentrop adds. After all, some research “even indicates that fear of social embarrassment or shaming is almost, if not as strong, as the fear of death in humans.”

What Is ‘Death’ When You Die Inside?

So what is actually happening when someone dies inside? No, they’re not literally dying, but somehow you can tell that this poor waiter, or this poor guy, has changed: a fire has gone out, he’s disconnected from this mortal plane, he’s halfway to oblivion.

As Thompson explains, it all happens in slow motion. He walked me through the clip, breaking down each moment.

“They ordered six Heinekens, which are super-annoying to pour, so I was a little annoyed at that, but oh well,” he tells MEL. 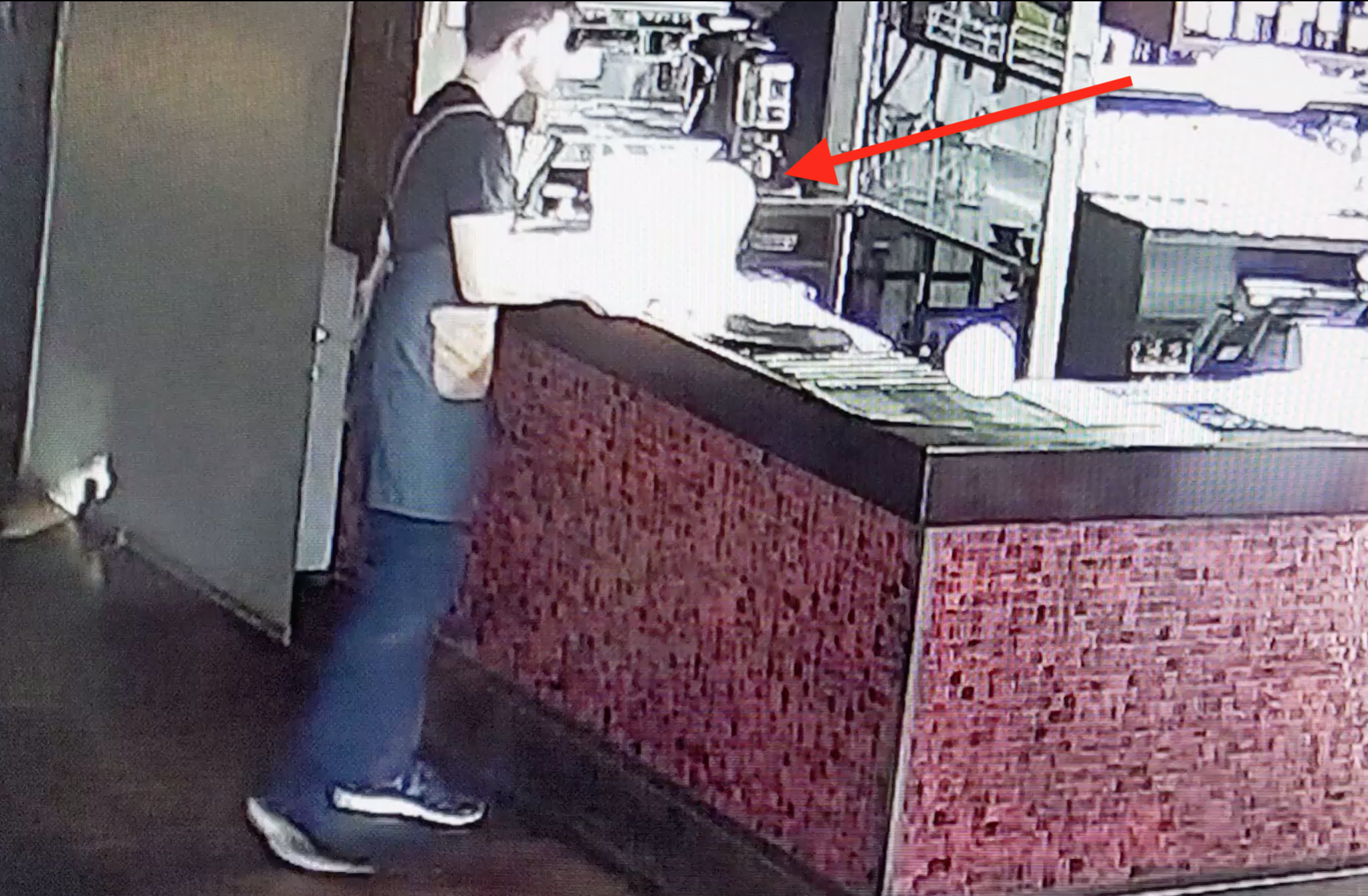 “I grabbed the tray and slid it onto my left hand.”

“I took a step or two and noticed that one beer had tipped toward me and hit another glass. I thought, Crap! … It’s okay, though. Nothing has spilled. I can still save this if I’m very careful.”

Thompson then tried to tip the tray forward to calibrate the beers. “I remember thinking, Yo, I’m the man! Good recovery, Micah!”

“Then the beer kept going forward.”

“As soon as the beer hit the tray and the other beers started going, I knew there was nothing I could do.”

Finally, Thompson “accepted his fate” and let the tray go.

“It happened right in full view of the customers [the beers] were for, too. I was really annoyed at myself because I knew I was better than this. I very nearly swore and threw the tray on the ground, but I knew that customers were watching.” 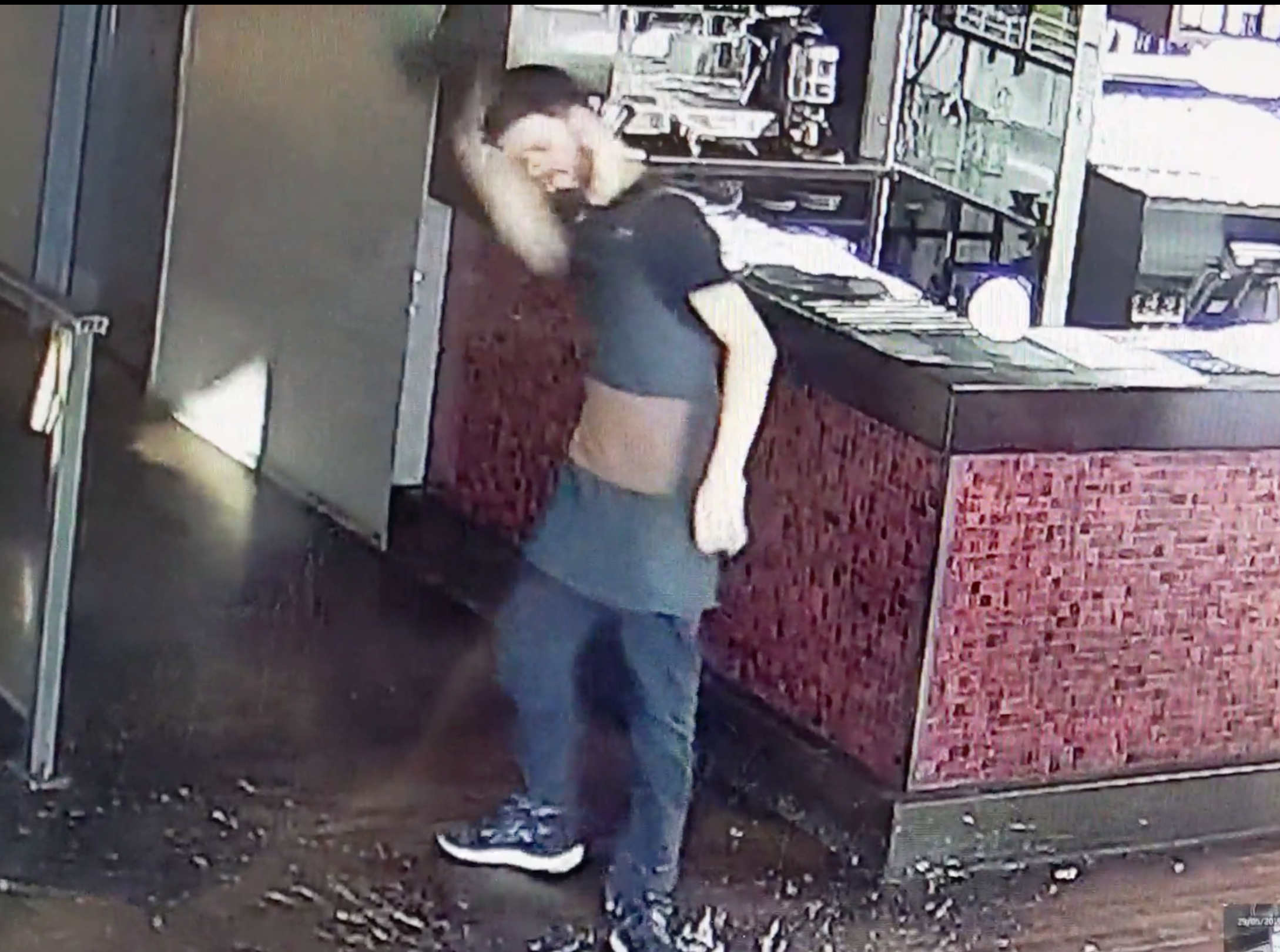 As Thompson returned to the kitchen, he says, “my annoyance subsided and I cracked up laughing. I realized that once a glass is broken it’s not like I can fix it, so I may as well just enjoy the fact that I got to break something… and hopefully that they got all that on the CCTV, which I knew was running.”

According to Dr. Catherine Jackson, a psychologist in Chicago, Thompson’s inner-death experience went all according to plan.

“To die inside basically means to lose any and all hope of happiness, joy or satisfaction for the future,” she tells MEL. “When you this happens, three parts of the brain are affected: the prefrontal region, the hippocampus and the amygdala. 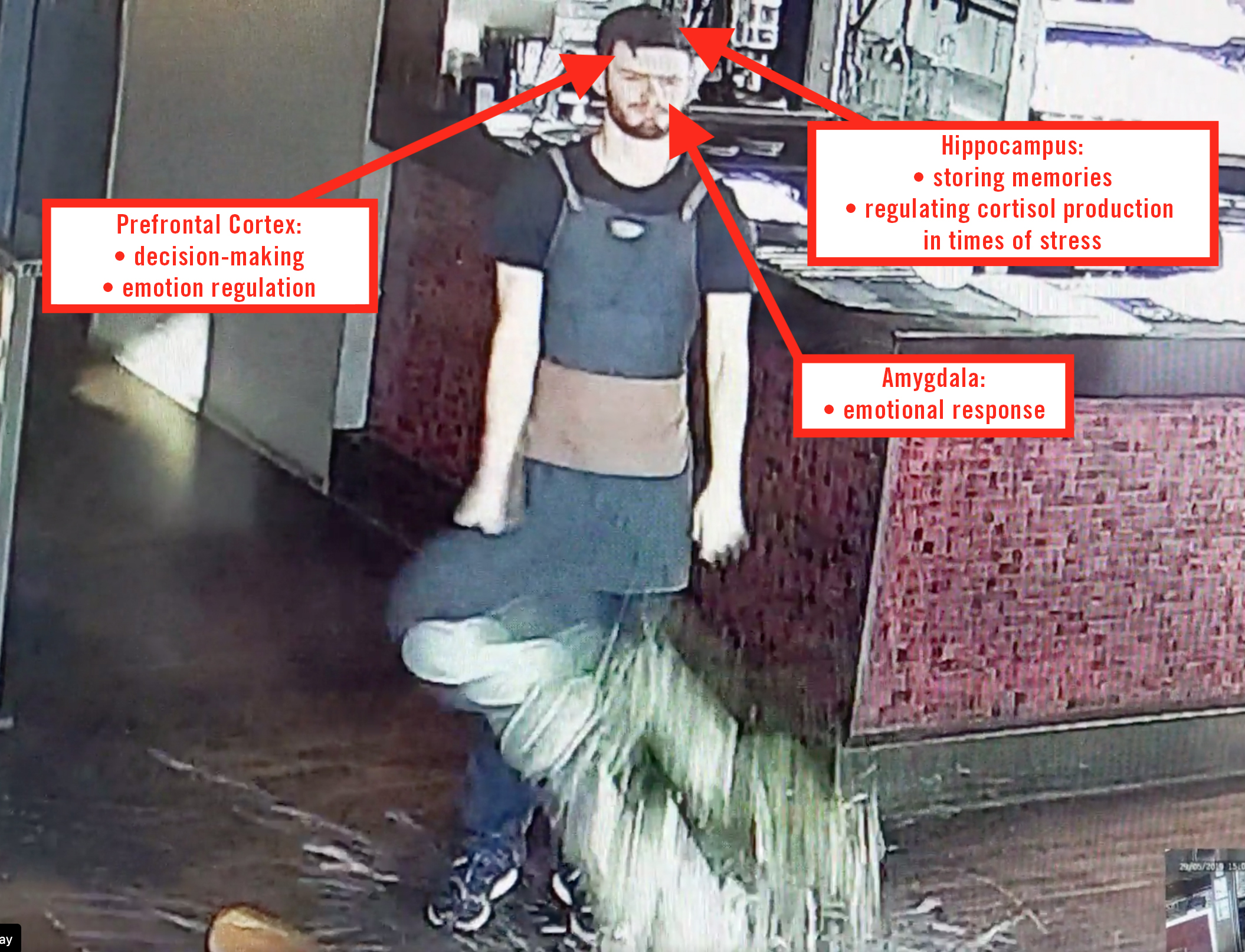 Eventually, she says, people who die inside over and over might suffer from diminished serotonin and suffer depression from “prolonged production of cortisol and a hyperactive amygdala.” If these moments happen more and more, and people are less and less able to bounce back, people might develop “learned helplessness,” where “individuals learn from experience to expect things not to go their way and eventually stop hoping or trying to make things work,” Jackson says.

How Do You Recover From Dying Inside?

Watching people die inside wouldn’t be as fun if, for example, we knew Thompson’s dropped tray of beers was just another in a long line of huge mistakes. His reaction hints that this is out of the ordinary, and something Dr. Deborah Heiser, an applied developmental psychologist, would call a healthy “attributional style.” That is, what he attributes to why everything went wrong.

When people “die inside,” it’s all about how we react to this shame and guilt. “Those who have a healthy attributional style, feeling a sense of control and feeling confident in terms of who they are, will have an easier time with public mistakes or mishaps,” she explains.

Some people might attribute the fuck-up to “something internal,” Heiser says. They’d blame themselves, “saying, ‘I’m a jerk and a klutz, so of course I dropped and spilled the drinks.’” On the other hand, they could respond by saying, “‘I can’t believe I had a moment of butter fingers — I’m usually skilled at carrying drinks,’” Heiser says. “These feelings will go away, and this isn’t going to affect other parts of my life: ‘I dropped a tray of drinks at home, but I am still a good husband, father, friend, hard worker, etc.’”

As for Thompson, he’s the perfect example of a healthy attributional style. “I was really annoyed in the moment, but I really don’t find my worth in being a bartender,” he says.

And even though the popularity online has drawn the trolls, of course, he remains resilient. “A lot of people have ridiculed me about it and said that I’m a bad barman, but it hasn’t affected me at all. … Although I died inside at that moment, the whole situation has just been so much fun and has given me more life because it has caused me to get closer to God.”