The ‘Undo Send’ Button on Gmail Is Proof Email Is Superior

You know you can make the unsend period longer than five seconds, right?

If you’re using Gmail on your desktop, there’s no reason to suffer through the torment of somehow sending out a half-written email before it’s finished, or addressing it to the wrong person entirely. The platform automatically gives you a five-second grace period in which “Undo Send” appears at the lower left corner of the window. Tap it, and huzzah, that sent email has now returned to draft form, the intended recipient none the wiser.

But five seconds is a relatively short window of time to realize your mistakes — you might easily spend that time succumbing to panic-brain before you even remember that the undo feature exists. Well, good news, fellow compulsive typo-makers: You actually have the option of extending that “undo” period for up to 30 seconds, and it’s easy as heck.

Gmail Undo Send: How to Unsend an Email 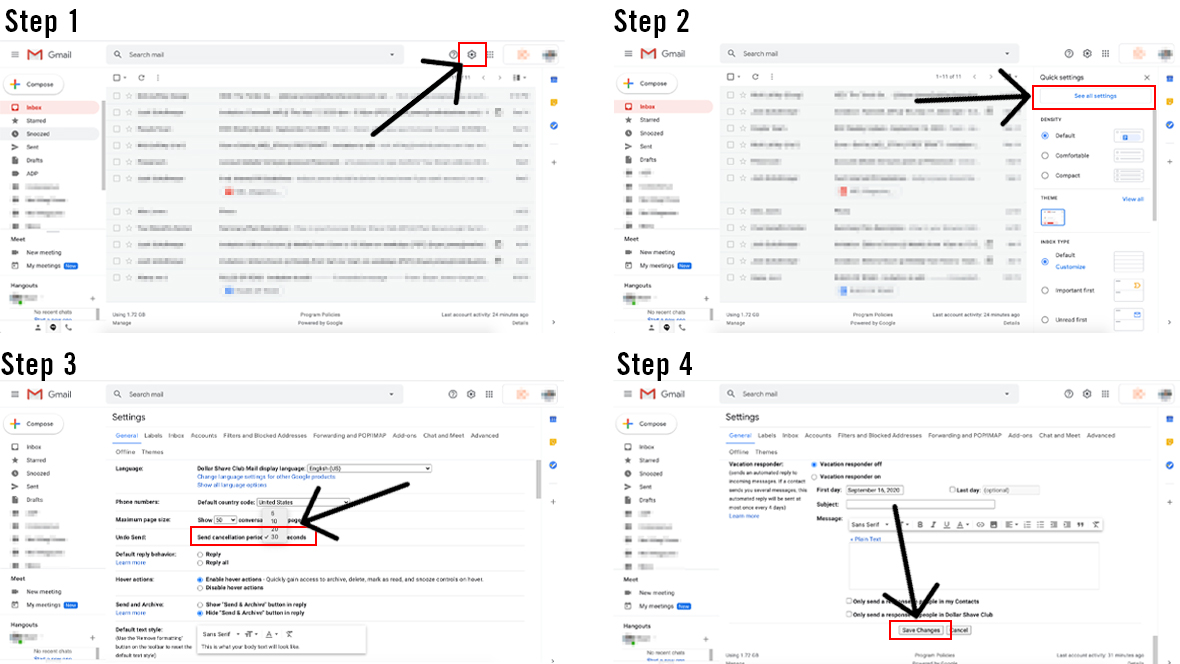 I’ve chosen 30 seconds, because I might as well give myself as much back-up as possible. It’s probably overkill, but I’d rather be safe than sorry. It’s worth noting that the feature doesn’t actually unsend an email and remove it from someone’s inbox — instead, the email isn’t actually sent at all until the Undo period is over. Either way, I’m eternally grateful.

I’ve gotta wonder, though, why is this not an option for our other forms of digital communication? I screw up texts and tweets far more often than I do emails. With iMessage, you can sometimes get lucky and turn off your data and Wi-Fi, preventing the message from going out at all. It’s not foolproof, though. Perhaps it would hinder the kind of back-and-forth communication many people have via text were there some kind of five-second buffer, but it seems obvious that Apple should at least make it an option.

In any case, this is just another reason why emails are my preferred method of communication, especially when written on an actual computer and not an iPhone. Emails require the buffer of formalities, everything is written in some type of esoteric code like “I hope you’re doing well in this trying time,” nobody expects an instantaneous response and you have the opportunity to unsend it!

Please, I beg you not to text or call — just send me an email, instead.