Trump Is (Accidentally) Reminding Us What’s in the Constitution

For the first time since high school, I remember what most of the amendments are

Several millennia ago, when I was taking a government and politics class in high school, I bet I could have remembered the broad strokes of each amendment to the Constitution. Or at least the first 10: aka the Bill of Rights. But these days, on the mornings I check Twitter to find that a specific amendment is trending — always, always because of some steaming bullshit from Trump — I have to refresh my memory. What does that one say, again? And so, with quick research, I give myself a private civics lesson.

To state an opinion I’ve shared many times before: the #Resistance patriots who log on every day to yell at the president for clout within their demographic are deeply annoying. I understand that it makes them feel good to post in this fashion — that many believe themselves part of a “movement” with influence and import — but that is a mollifying daydream. At least the sycophantic MAGA repliers have an outside chance of being seen and retweeted by the big boy. But the blue wave emoji army calling him “Mango Mussolini” as they enjoin him to read the founding texts of our democracy? Woof.

Still, even if Trump doesn’t see this junk, I do. And now I recall that the Tenth Amendment declares “powers not delegated to the United States by the Constitution, nor prohibited by it to the States, are reserved to the States respectively, or to the people.”

In fact, thanks to Trump’s vast ignorance, overreaching and criminality, I’ve also revisited Amendment XXV, which includes a provision for removing a chief executive “unable to discharge the powers and duties of his office,” and Amendment XXII, which sets the two-term limit on the presidential office. Then there’s Trump’s favorite part of the Constitution, Article Two, whence he falsely claims to derive unchecked powers (Article Two also outlines the process of impeachment, if we want to try that again). 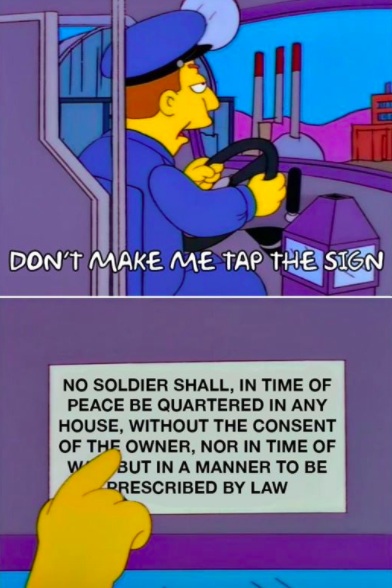 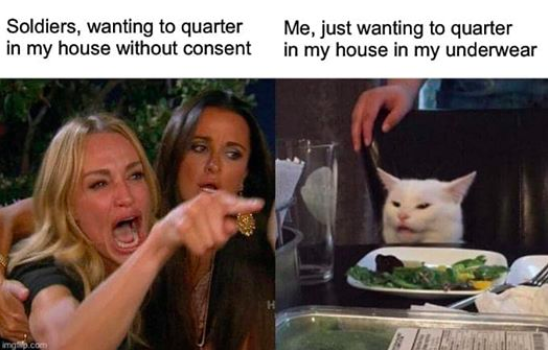 What’s cool is I’m far from the only one with a renewed interest in the primary document of the United States. We’ve gone from a culture that used to only tout the rights to speak freely, bear arms and, occasionally, not incriminate yourself in court to a time where you have to know the deep cuts, too, because almost everything in politics now is bizarre and unprecedented.

True, a lot of the amateur scholarship on the Constitution is making social media even worse, but at least… we… care? On balance, an absurd meme page celebrating the Third Amendment (it forbids the military from nonconsensually using your residence as a barracks in peacetime, in case you were worried) is a positive sign of engagement and political intelligence. So if we’re going to thank Trump for anything, it may as well be “fucking up so consistently that the rest of us have to dig up and reread the direction manual for America.”