Dick the Vote: Why Guys Named Richard Are Voting for Trump

Dicks are coming out for the GOP.

The New York Times has a nifty little dataset that breaks down the voting preferences of people in various battleground states — by their first names. You could gripe that this is uninformative, click-harvesting content; there’s a quiz you can take, and the feature trended in part because it revealed that Karens are breaking 60/40 for Biden (contrary to the popular “Karen” stereotype).

But, as I wrote about the curse of the name “Bret” or “Brett” a while back, names do have a demographic story to tell. More interesting to me than the Karen data in the Times polling is the bar that shows 64 percent of people named Richard leaning toward Trump.

That is, the Dicks are pulling the lever for a dick.

This would no doubt please the president, simply because he likes people who like him, but, were he given to caring about shit like this, the name “Richard” also has a close association with royalty and power. Going by its Germanic roots, you could even arrive at the literal translation “hard king.” Muscle, bravery, leadership. That’s Richard.

Could it be that Richards, who bear the legacy of strongman rulers, are disposed to see in Trump a realization of that promise? Do they vibe with Trump’s German ancestry? And, post-Nixon, could Richards be more sympathetic to presidents they consider unfairly treated by the media and the masses? Those may be some intangible factors in play, but there are a couple of starker, simpler ones: Nearly 8 in 10 Richards are white, and the trend line for the name hit its absolute peak in 1946, during the postwar Baby Boom, and crashed in the years afterward. If your name is Richard, odds are that you’re also a white male Boomer. 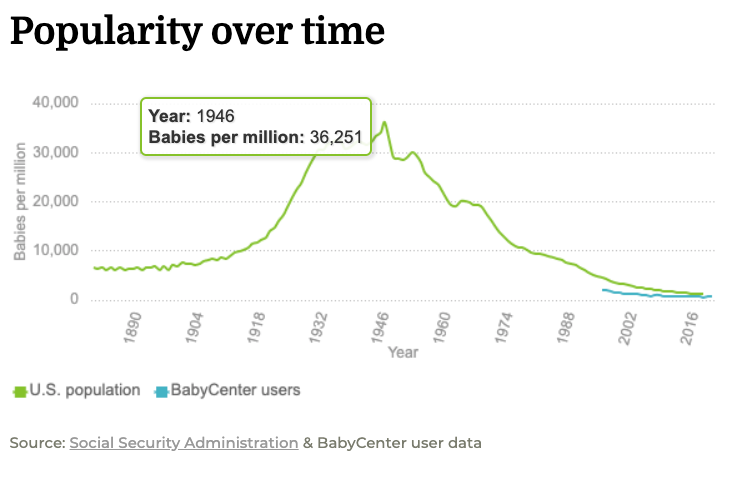 This is certainly in keeping with what we know of Trump’s base, which is that it skews older and toward white men. His critical dependence on “the Richard vote” and other support like it is also what could cost him this time around, as he hasn’t broadened his coalition and the coronavirus he downplayed is killing people in the regions that back him. The Richards would seem to be at particular risk from the disease: An international study shared by the CDC found that among thousands of “patients with confirmed COVID-19, men were older, were more likely to be hospitalized and had a higher prevalence of hypertension, diabetes, coronary heart disease, obstructive pulmonary disease, nicotine dependence and heart failure,” no doubt contributing to their “higher all-cause mortality.”

So the Richards are sticking with Trump, but for those who continue to scorn masks and social distancing, it could be the last gasp — the last chance to vote for someone who embodies some kind of monarchist tradition, and continually promises a cultural reset that lands this country back in the decades when the name “Richard” was more common.

What a bunch of dicks.