Twenty years ago, India Pale Ale — better known as IPA — was at the cutting edge of American beer.

The craft beer industry was still in its infancy back then, and obsessive brewers wanted to shepherd in a new era of suds. They found the answer in the bitter, malty punch of IPA — a beer invented by the British in the 18th century, after they discovered that using a large amount of hops to act as a preservative helped transport beer from Europe to the colonists in India.

What started as a pragmatic addition would later become a star to American craft brewers, who began experimenting with hop blends and infusion techniques. What they created were IPAs packed with floral, fruit and vegetal flavors — a major contrast to the dark, one-note British IPAs of yore. Better yet, these “West Coast” IPAs appeared to be a critical counterpunch after a century of bland American lagers. But nobody wanted it: “Back in the 1990s, there was absolutely no recognition for IPA. You could barely give ‘em away,” says Vinnie Cilurzo of Northern California’s Russian River Brewing, today a renowned IPA producer.

By the end of the 2000s, however, the IPA boom was in full force, carried by an unprecedented swell in the number of craft breweries in the U.S. As the icon of the revolution, IPA was more than just the most popular kind of craft beer. It was the height of beer counterculture, converting casual drinkers into hop-heads and sparking a million homebrewing projects. Even as other craft beer styles appeared, none touched the prestige and visibility of the IPA.

Today, though, IPAs seem to have lost all the luster and cutting-edge appeal of those golden years. The twentysomething demographic that once propelled IPA to its height is increasingly turning its back. Instead of accolades, the style that built America’s beer revival is now the butt of endless jokes on TikTok and Twitter, mocking how basic it is, how nasty it tastes, how needlessly alcoholic it is and how the snobs who love it ruin the simple joy of guzzling beer.

The sales figures may not suggest it, but in 2021, IPA slander is in the zeitgeist — and it might just be here to stay. 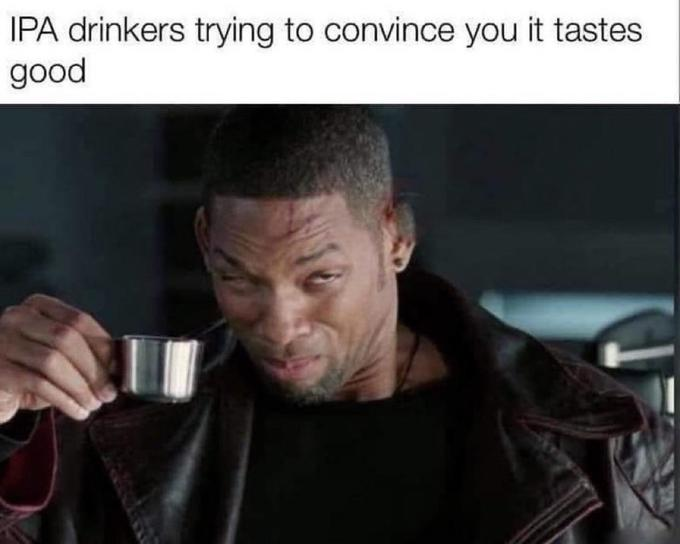 It’s worth considering how the conversation around the “IPA bro” trope has changed: A decade ago, the archetype was a flannel-wearing hipster dude who sniffed pint glasses and yammered on about the unique ester aromas that arise from Chico yeast when you brew above 22 degrees Celsius. These days, the memes aren’t just about the painful monologues of nerds with a beer superiority complex. The rhetoric is equally about how shitty IPA has been normalized as “good beer,” with dudes choking it down in the name of some false masculine conviction.

The IPA joke framing parallels the jokes about “basic” women and Pumpkin Spice Lattes, and the prevalence of so many IPAs with “Bro” in the name doesn’t exactly help. 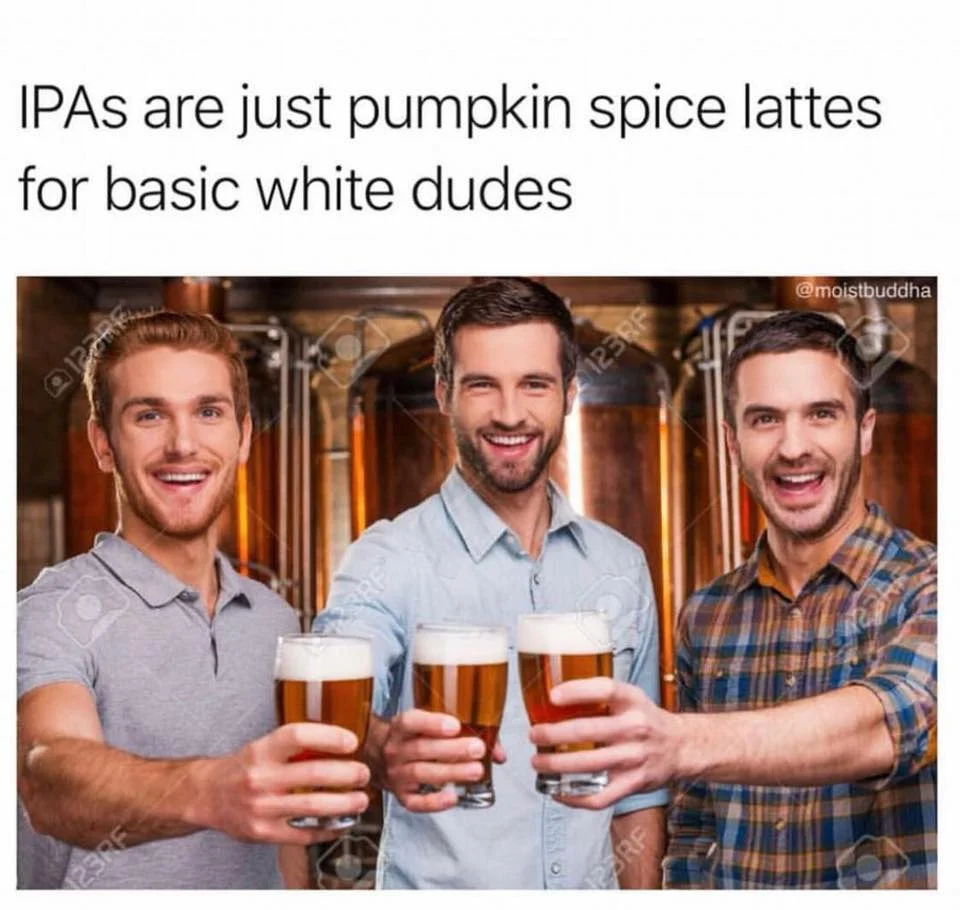 This is quite the backlash, given that the craft IPA craze forever improved the variety and quality of beer we have access to. The long dominance of American lagers like Budweiser and Coors was the end result of a century of domestic beer devolution, which eschewed the brisk flavors of original Czech and German lagers in favor of bland drinkability. Even today, despite the ubiquitous shit talk about IPAs, the most popular beers in America are the quartet of Bud Light, Coors Light, Budweiser and Miller Lite. (There is more Bud Light made in a single year than all American craft beers combined.)

Yet the IPA exhaustion is palpable, and the criticisms of the style expressed in memes and punchlines are legitimate, says Jason Perkins, the brewmaster at Allagash Brewing Company, which specializes in Belgian ales (and, currently, zero IPAs).

“There was a period of time when there was a race for more bitterness going on, for more alcohol content, just pushing it as high as you can. Thankfully, that seems to have settled,” Perkins says. “I just hope there continues to be a movement toward balance, as cliche as that word is. For a lot of craft beer drinkers, they evolved from entry-level stuff like a Sam Adams and ended up pursuing more flavor, more hops, more bitterness, more, more, more. Nowadays, I don’t want to be overpowered by a beer.”

The videos and memes dunking on IPAs also reflect an exasperation with their sheer dominance on the craft beer shelves. For Kofi Meroe of Washington, D.C.-based Sankofa Beer Company, the phenomenon is the result of an industry obsessed with chasing microtrends and new consumers. “I’m an IPA lover at heart. And that’s really what brought me into craft beer. But I don’t drink IPAs the way I used to,” Meroe says. “When did IPAs go off the rails? I think it was when it caught the social media bug, and everyone felt like they always had to put a new beer out to get attention. After a point, all those IPAs all start to taste the same. Is anyone actually having the time to dial in and perfect the recipe?”

Brewers like Cilurzo, Meroe and Perkins all have their eyes on a different burgeoning trend: Craft lagers, which suggest the pendulum is swinging back toward a less intense, more refreshing beer experience. “Many brewers’ favorite style now is a pils, and I think that’s great,” Cilurzo says. “The advent of IPA only happened because that’s what brewers were making and loved to talk about. Then consumers hopped on board. That’s happening with lagers now, and I wouldn’t be surprised to see more and more attention in coming years. “

Will the proliferation of craft lagers also eventually be followed by memes about how craft lagers are gentrified Budweiser, drunk by basic dudes who can’t help but loudly debate the merits of bottom fermentation?

Only time — and the internet — will tell us.