Three Camp Counselors Weigh in on ‘Friday the 13th’

Apparently, yes, there is a lot of sex at camp — but there’s no way Mrs. Vorhees could’ve killed ALL those counselors, right?

With only about 20 minutes left in the film, the offscreen killer of the original Friday the 13th is finally revealed. It isn’t the hockey mask-wearing psycho killer Jason Vorhees, the man who would make the franchise famous, though — instead, it’s (spoiler alert!) a friendly-looking middle-aged woman by the name of Mrs. Vorhees, who reveals that her son, Jason, drowned at the camp back in 1957.

Throughout the evening, Mrs. Vorhees has picked off teenage camp counselors one by one — including a young Kevin Bacon — leaving just Alice as Camp Crystal Lake’s sole survivor. Like she did back in 1958, Mrs. Vorhees intends to kill everyone on the campsite to prevent the camp from ever reopening. Unfortunately for Mrs. Vorhees, Alice proves herself to have a bit more spunk than her fellow counselors, and after a struggle, Alice successfully beheads Mrs. Vorhees with a machete.

But how realistic is any of this? To find out, I asked three camp counselors to dissect the 1980 horror classic.

Benjamin Camp, former camp counselor and owner/director of Camp Bonfire: An abandoned summer camp is definitely a good, creepy place to set loose a homicidal maniac. It’s isolated; there are lots of places to hide. When camp isn’t in session — like in the movie — there aren’t enough people there, so it feels really empty and it definitely can be creepy.

Dan Atkinson, former camp counselor: The whole time I was watching it, I was like, “This is exactly what pre-camp is like!” Typically, most of the staff are there for about a week before the kids come, and it’s a combination of training and preparing stuff, like putting docks in the water, patching shingles, reconfiguring bunk beds, all that stuff. That was all very real.

The setting really resonated with me, too. I don’t know what it is about camps, but they always look old. No matter when it was built, every summer camp always looks at least 50 years old, just like the movie. The only thing that didn’t really ring true was when the director left for the day and the teenage camp counselors were left alone. That seemed very strange to me.

Camp: That moron shouldn’t have left those kids on their own! Camp counselors are kids themselves, so it didn’t make sense for them to be left there. We had a policy at my camp — “one actual adult” — so him leaving would definitely not happen. I don’t know what the hell that guy was thinking. Also, there aren’t a lot of new camps that just pop up, either — part of me was wondering, “What is their business model? Did they get a grant? How did they get the money?”

The ratio seemed off, too. If they were going to have 50 kids, I’m not sure they had enough counselors with only six of them there, it should be at least 10. The cook — which is the girl who never makes it to camp — would have had her hands full cooking for 50 kids all by herself, and I don’t know if they were going to get a nurse, but they needed a nurse. Oh, and originally I was going to say that the singing at the beginning of the movie was unrealistic, but then I just went to a camp reunion and we totally sang.

Also, I will say about that kid drowning in the lake — what happened to Jason — that was always my worst fear as a camp director. It doesn’t happen frequently, but I’ve known of camps where a kid has drowned and it’s just the worst thing. Early on at one camp I worked at, we got a bunch of equipment really cheap from a camp that had closed down and the camp director said to us, “You like all those new benches? You know where those benches came from? Camp-Closed-Because-a-Kid-Drowned!” And he’d bring that up over and over again during our lifeguard training, so we took that really seriously.

Oh, one more nitpick, she should have been wearing a life jacket at the end of the movie. That is an ACA-mandated rule: Everyone has to wear a life jacket. Even if you’re a good canoer, you can bump your head — or get attacked by an undead child.

On How It Portrays Camp Counselors

Atkinson: I thought that was a pretty good representation of camp counselors because there’s a diverse — well, not racially diverse, of course, but it was a diverse group of characters. There’s the goofy one, the hunky one and the nerdy one, and they’re young and athletic and they’re getting along and working together on this set of projects. But they’re also taking time to slack off because they’re young and a little lazy and not very professional. So I thought that was all pretty on point. 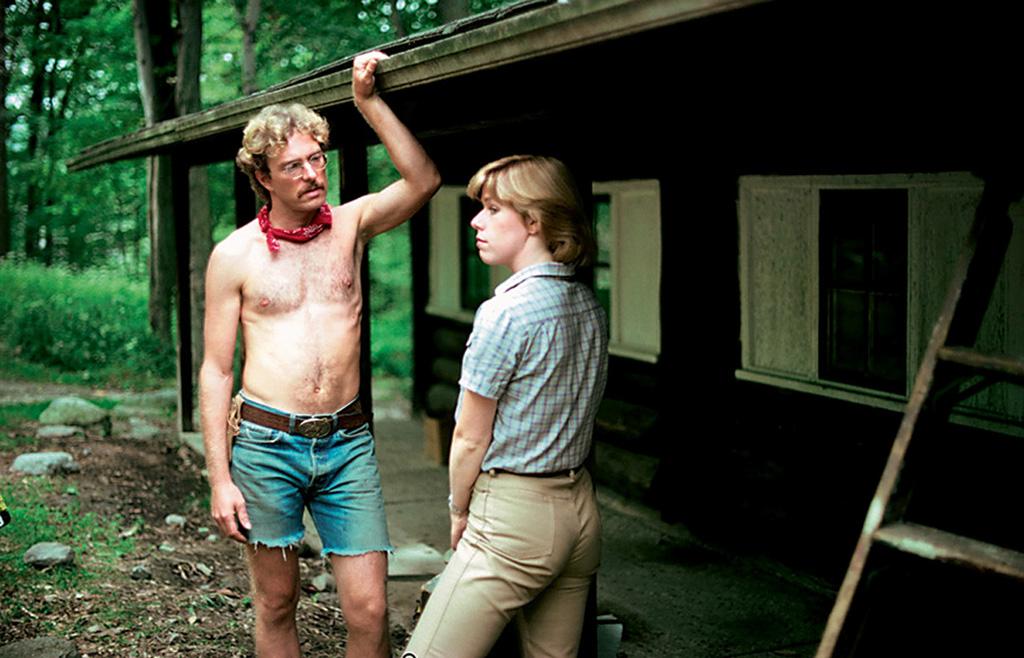 Camp: You never see them with kids, but I don’t necessarily get the sense that this group of people were going to be amazing counselors. They were the stereotype of counselors who are just there to hang out with each other. When I’m hiring counselors, I’m looking for enthusiasm for working with kids and I guess I could see one or two of them getting hired by accident — I’ve hired a few duds over the years — but none of the ones in the movie seem that responsible.

Joe Benamti, former junior camp counselor: I hate to say it, but they were just dumb. I mean, that one kid — I think his name was Ned — he’s walking by a cabin and he happens to see a little bit of a fluttering of something in the doorway and he goes in! It’s after dark, he’s alone and he decides to go in there. It’s like, “What are you doing, guy?” These kids were always breaking apart, and there was no effort to stay together and secure a building. Everything was done alone so that that woman could get them. Everything that they did, I would have done the opposite, at least I hope so.

On Whether or Not Camp Is Really That Sexually Charged

Atkinson: I don’t know what it is about being in the woods that just makes people want to hump each other, but being at camp is very sexually charged. It could just be that you’re in close proximity or that it’s a pretty intimate environment where there’s no one around to distract your attention, but people are always pairing off and looking for places to be alone together. And the topic of conversation is who is hooking up with who, so that’s definitely correct, there are always myriad relationships among counselors.

Camp: There was definitely making out at camp. Put a bunch of 17- and 18-year-olds together — people want to smooch. There’s also a weird thing that happens at camp where time dilates, and you can get into a relationship for a week and it feels like a year. It’s a very common experience for people who are at summer camp, time really warps.

Atkinson: I’d never seen this movie before and all I knew about Friday the 13th was that Jason Vorhees was the villain. So I kept waiting for him to show up and he doesn’t! He’s only in the movie for about half a second at the very end, and he doesn’t look at all like you recognize him. I researched it afterwards and the hockey mask doesn’t show up until the third movie — the creators never really intended for him to be the main antagonist, it just sort of evolved that way. So I thought that was interesting.

I did wonder how she got the drop on everyone. In some cases it made sense, like with Kevin Bacon — she caught him by surprise, grabbed his face and stabbed him with an arrow, so that made sense.

But with that dude Ned, we don’t know how he died. Also, I don’t remember all the girls’ names because they all looked the same, but the one who gets killed in the bathroom, she saw Mrs. Vorhees there and still got killed — from the front.

Why couldn’t the others do what Alice did and fight back? And I’m sorry, but I don’t believe how hard it was to defeat Mrs. Vorhees. I mean, she took numerous blows to the head and she was not young. Like, when she was hit on the head with a cast iron skillet and then she was bleeding from her head, she got right back up again! That woman had amazing strength!

Benamti: The way they tried to explain it was she had some kind of, not necessarily supernatural power, but some extraordinary stamina because of what happened with her son and that drove her. I think that’s how they explain that she could overpower Kevin Bacon and all these other healthy young adults and teens.

Camp: It’s Goddamn ridiculous that she killed all of those kids. She must have been possessed by some ancient force of evil. I could see why they didn’t show her for most of the movie, though, she was the least scary-looking person ever.

On Whether or Not They Themselves Would’ve Fallen Victim to Mrs. Vorhees

Atkinson: Maybe. You do get comfortable at camp because it’s a relaxing environment. You drop your guard and there are moments when you’re not paying attention, so I definitely think it could happen. I’d like to think I was a strapping young man and there’s no way that an old woman could’ve gotten the better of me — but yeah, there’s certainly a chance. She was tactical enough and she picked her spots, so, yeah, she could have got me.

Benamati: If she surprised me, yeah. I’m easily scared, so I’d probably freeze and she’d get me.

Camp: I like to think she wouldn’t be able to overpower me. I feel like I could take a woman in her 60s. But, you know, she’s filled with an unholy rage and I’m more of a pacifist, so I guess I could see myself getting stabbed. I’m no warrior. I’m here for everyone to love each other.