This Guy Found 50,000 Records in the Trash—and Kept All of Them

Taylor Wallace doesn’t remember the record he saw first. He’s pretty sure, though, it was one of the following: Lionel Richie’s Dancing on the Ceiling, Jane Fonda’s Abs, Buns and Thighs, the soundtrack from Zorba the Greek or something from Kris Kross. What he does know is that he decided to keep each of them — including all 10 copies of Dancing on the Ceiling. And that he’s kept everything else he discovered on that June afternoon and the days that followed. Legendary stuff from Sinatra, The Beatles and Ray Charles. Not-so-legendary stuff from the Booty People, John Travolta and Jabba the Hutt’s band from Return of the Jedi. And something called Bob Wiseman Sings Wrench Tuttle. “Do you have any idea who General Public was?” asks the 37-year-old Wallace, who prefers neon patterns and believes his thick, exaggerated hair means he possesses neanderthal DNA. “I’ve got two of those.”

The records were, as most found treasures are, an inadvertent discovery. Wallace, who makes furniture and art for restaurants, retail stores and hotels, had recently rented studio space in an imperial-sized brick warehouse on the South Side of Chicago. Locals know it as the “Tank Factory,” through its reputation as a munitions plant during World War II; in fact, the basement was used as a morgue for soldiers’ bodies returned from that war. It was in that basement a couple of months ago that Wallace spotted a crew of workers from the Junk King (“North America’s Best Junk Removal and Hauling Service”). They’d been hired to clear out the 7,000 square-foot space, which had become the bastard child of Hoarders and High Fidelity. Records overwhelmed any sense of the basement’s vastness or history. In all, there were 170 pallets of vinyl, six 25-foot long industrial racks packed to the top of the 15-foot ceilings — as well as several other 50-foot racks similarly kissing the ceiling with vinyl.

By the time Wallace got to the hoard — day four of its two-week long liquidation — 640 cubic yards worth of records had already been taken to the landfill. From then on, it was all Wallace could do to save every record he could get his hands on. (The Junk King crew didn’t mind him taking some weight off the job as long as he stayed out of their way.) “I was really only thinking about saving as much as I could as fast as I could,” he says. “It was dark and dank down there with these junk dudes working to clear it out. They just had pallet jacks rolling back and forth. The only thing holding them back was waiting for new dumpsters because they were filling them up so fast. There were pallets and pallets of records lining the halls 20 feet from the dumpsters.”

Wallace, along with one of the employees, stacked armload after armload of records onto their own pallets, working day and night over the next several days. He prioritized their armloads by quality, then loosely by genre. A lesser person would’ve been tempted to sort by taste, leaving behind the later years of whomever’s work, Huey Lewis and The News, Mike Love’s solo stuff, acoustic and disco KISS — you know, things that should be given back to the earth sooner than later. But not Wallace: “We were completely ignoring album content so that more could be saved.” 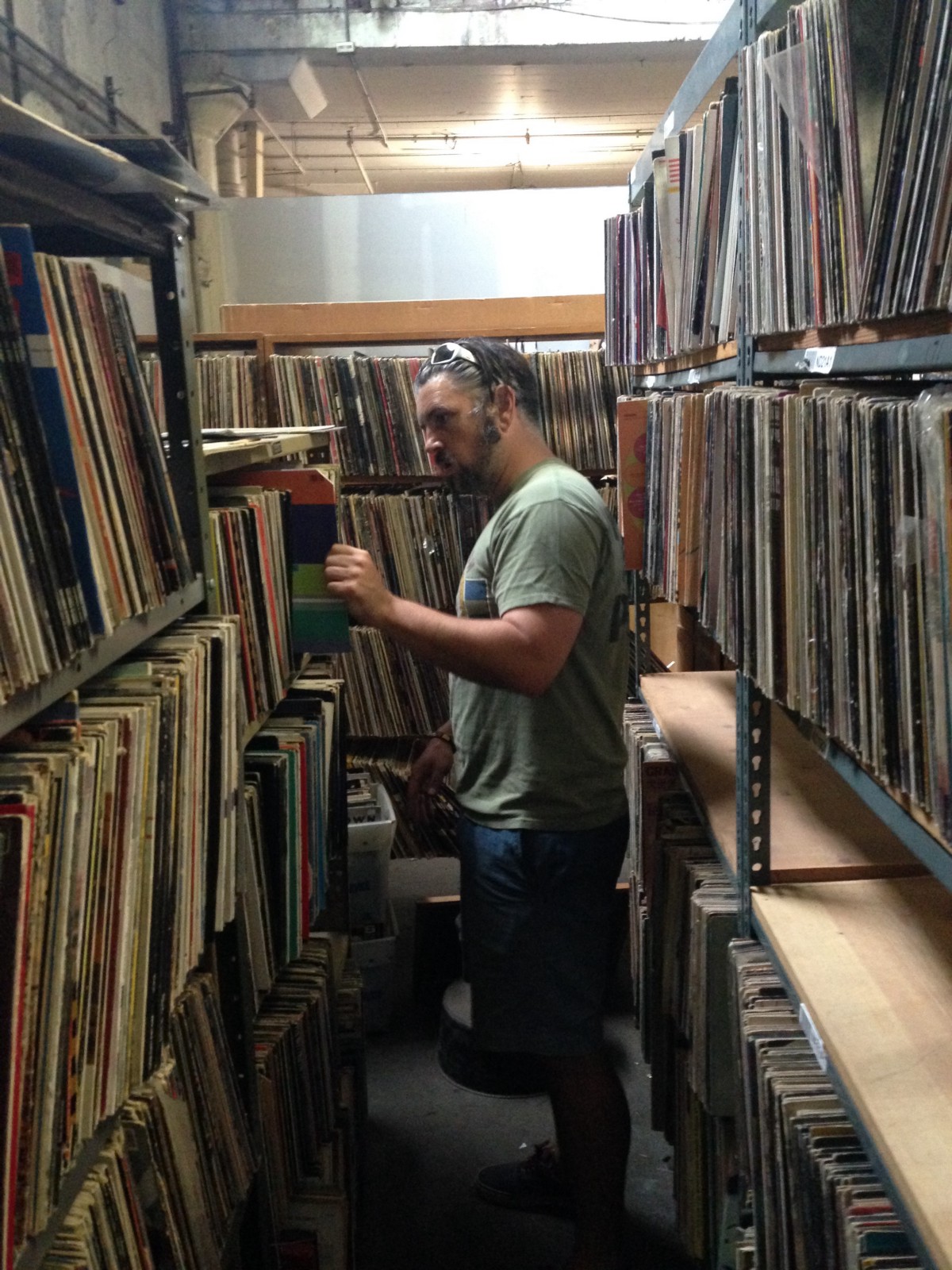 Even now, he’s still not sure exactly what he’s got. At his 2,000-square foot studio one floor above the basement, he points to a dozen pallets, each holding 1,000 pounds of vinyl. “You can’t get through this in a day,” he explains. “Even if I looked at 100 records a day, there’s no way I could ever get through it all. It’s gonna take some time.”

Wallace walks over to the back wall of his studio and stops at a large table where he’s sorting the hoard by market value. “As I’m flipping through, I’m picking out the things I recognize. I’m no expert, but some things that are obviously more coveted than others. I’ll set aside the Grateful Dead and Michael Jackson. And if I see it on Ebay for at least $30, that goes into one section. I’ll probably sell those first and try to get some rent money paid on this place. That’s the plan at the moment at least: Sell some on the internet and make the giant pile smaller somehow.”

Gary Horwitz began feeding what became the giant pile in the Tank Factory’s basement in 1977. From ’77 until 2004, he owned the Record Exchange, which opened and closed seven iterations in Chicago (as well as two others in Colorado) over those 27 years. As the locations shuttered, their contents were stacked into others until their tonnage was consolidated into the massive underground storage room where Wallace discovered them.

Horwitz started Record Exchange with the idea of “getting the music to the people.” This meant buying and selling records as cheaply as possible. Record Exchange is rumored to have been the first record store in Chicago to have sold both new and used vinyl, and Horwitz claims one of its locations served as inspiration for the screenplay of High Fidelity — i.e., one of the film’s screenwriters and occasionally John Cusack himself used to hang out in the store and study the staff’s interactions with customers.

When records were big, Record Exchange bought in bulk, and when records lost their edge, Horwitz says he put them in storage, knowing they’d be of value to someone at some point. (Which is maybe now? Record sales are presently enjoying a 28-year high.) “The theory I ran this thing on was something I call the ‘Economic Theory of Procrastination,’” Horwitz says. “It means that if you wait long enough, eventually somebody’s going to want whatever it is.” 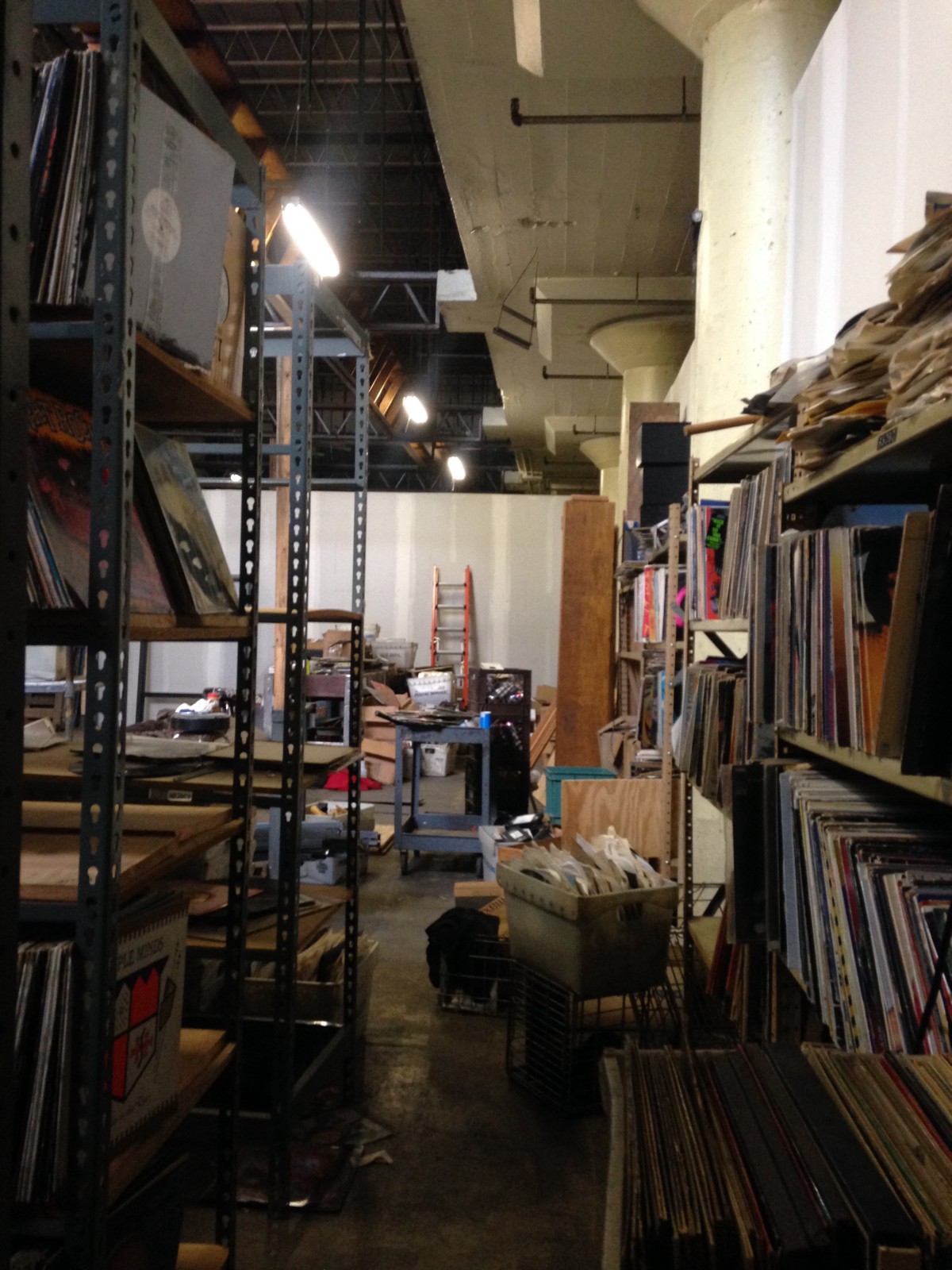 Still, the vinyl renaissance came a little late for Horwitz. After planning to retire for the last 10 years, this summer he actually did, heading off to Hawaii with enough vinyl tonnage to last him the rest of his life (two shipping containers’ worth, or in the neighborhood of 120,000 records). Horwitz tells me by phone that he has enough vinyl to change the balance of music in Hawaii — mostly because as people move to an island, they get rid of heavy stuff like books and records. “There’s a radio station here I might set up a program with, which would just be to turn a lot of people onto some new music,” a sentiment he says lines up with the reason he started Record Exchange in the first place. “My whole idea of the store was about getting music to the people — it’s never been about the money it takes to do that.”

As for the rest of the records Horwitz left behind in Chicago, he says, “You’d think that everything with any value would’ve been pulled and the rest would just be whatever, but I didn’t do that. There’s a lot of great stuff in there that reflects different times, different eras and different realities. Some of it’s even limited edition; things you simply cannot find today. If someone had the time, energy and inclination, they’d uncover a lot of gems.”

Just about every weekday morning, Wallace comes to the Bridgeport Restaurant for breakfast and to forget about the pile (at least for the time it takes to finish a cup of coffee and a plate of eggs). He’s normally a loud talker, but he talks more softly when discussing the pile. The pile is stressing him out because it’s a mess he sort of loves, but it takes away from the focus required to keep his business running, and keep his clients happy. And storage space isn’t free, even on the spacious South Side of Chicago. Currently, he’s paying workers from his fabrication shop to sort and stack records as well as paying rent on storage, which is something between $6 and $7 a square foot per month; it adds up. Worse yet, every time he finds something interesting in the pile, he wonders what else could be in there — and what else he couldn’t rescue.

“I can’t be sad about what I couldn’t save,” he explains. “That wore off after the first seven or eight pallets. I did what I could. Still, the rest of it is getting rolled over in a landfill somewhere right now. That sucks.” 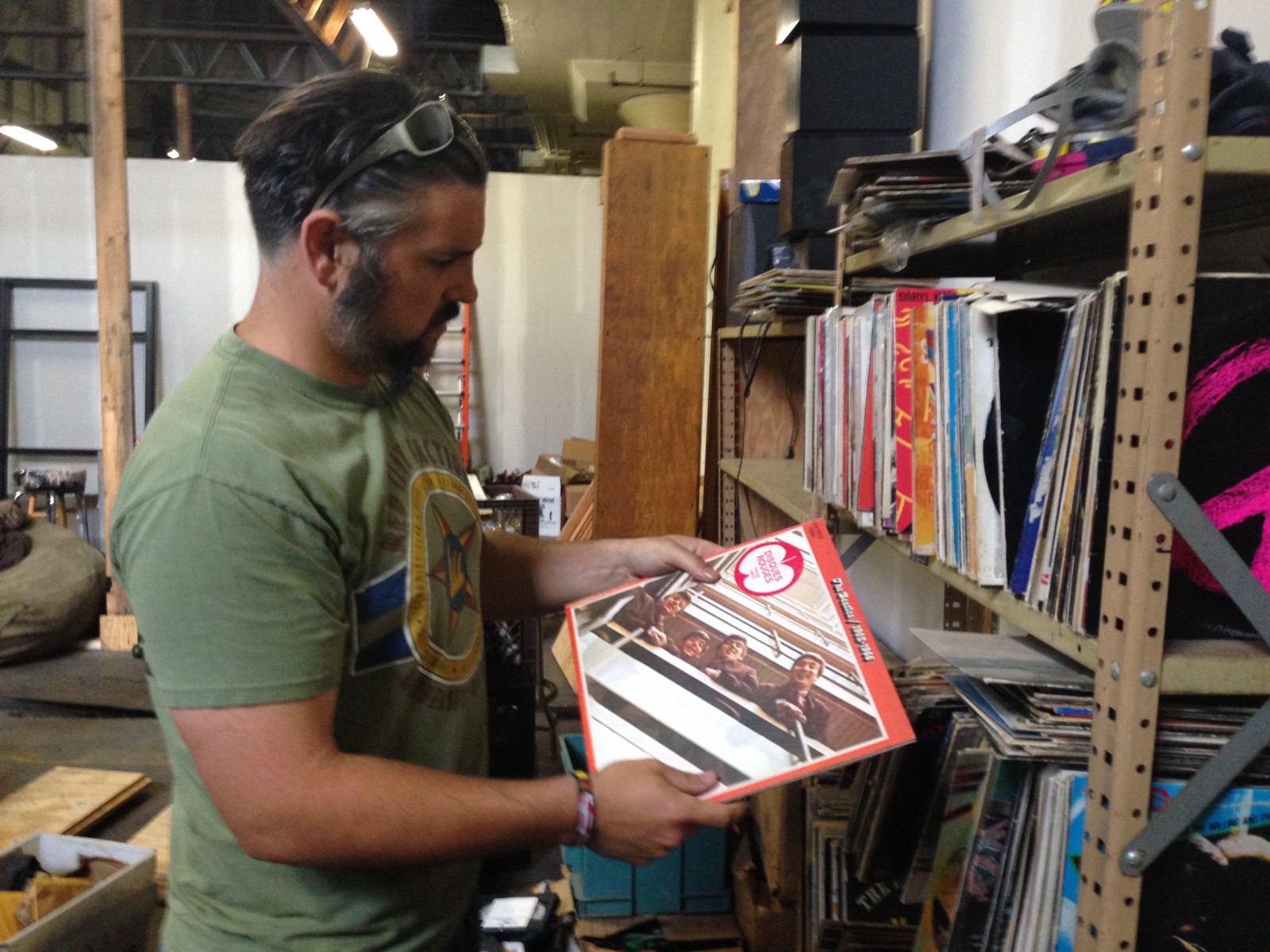 Even more melancholy comes a little later as he pokes at his breakfast with a fork: “I can’t say if this was a good decision,” he says. “You can’t help but have a small level of apathy generated by a task like this. You get to that point of being overwhelmed, and what happens after that?”

“I mean, I guess I could open a record shop,” he continues. “I do live above what could be a retail space. I could cherry pick the best out of the pile and put those up for sale in a coffee shop or sell them online. But it’s like, do I want to be the guy from High Fidelity for the rest of my life?”

And yet, he doesn’t speak with conviction about ridding himself of the pile. If anything, all of the stress is coming from trying to figure out ways to keep it. He vows that if cost and space weren’t an issue, he’d be happiest letting it sit there and diving into it whenever he felt like going off on a treasure hunt. Because while he might not know exactly what’s in the pile, he’s pretty sure that if he searches long enough, he’ll find what he needs.