The Third Amendment Gang Is Finally Having Their Moment

For a long while, the Third Amendment to the Constitution has been something of a joke. And that’s if you even knew what it said. As recently as this past February, comedian John Mulaney made light of the law, which was written to ensure that soldiers cannot quarter in any home without the owner’s consent (in peacetime, at least). “And don’t you thank god every day for that Third Amendment?” Mulaney asked the audience of Saturday Night Live, after theorizing that it was written by a guy whose wife had cheated on him.

But everything has changed since then. Mass protests over police brutality have prompted the activation of the National Guard — thousands of troops in addition to those already deployed for pandemic response, at least 60,000 in total. Soldiers of the Utah National Guard and other out-of-state service members stationed in Washington, D.C., had to check out of their hotels on Friday, at the behest of Mayor Muriel Bowser, drawing ire from one of Sen. Mike Lee, who called the order “unacceptable.” The moment he tweeted this, he got blasted with 3A replies.

You’ll see that last meme is from a Twitter user who goes by the pseudonym “Jim Amendments III.” His bio notes that he’s “Using the First [Amendment] to defend our Third.” Jim is not merely some bandwagoner, either — he’s been on a Third Amendment trip since before it was cool. He’s one of a couple moderators in Facebook’s “Third Amendment Rights Supporters” group, some 4,600 members strong at present, founded back in 2010 by an Illinois motorcycle enthusiast named Kurt Bihler, who intended it as something of an intellectual and civic exercise. 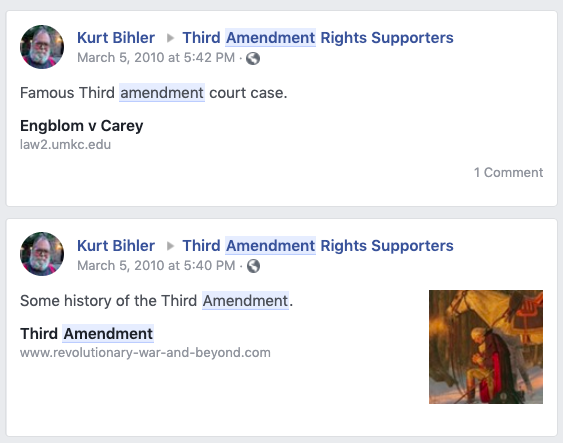 “There are many groups set up to support specific articles of the U.S. Constitution,” Bihler explains in the page’s statement of purpose. “We have 1st Amendment groups promoting free speech, 2nd Amendment rights groups to preserve the right to bear arms, and so on. I have felt the 3rd Amendment to our Constitution has been left out with virtually no supporters. I for one, think this is unfair, and have started this group to show support for the least used, underdog of amendments.” Naturally, enthusiasm was slow to build for what’s been called the “runt piglet” of the Constitution, often overlooked and never essential to a case heard by the Supreme Court. Bihler’s daughter even ribbed him about the pointlessness of such a social media presence. 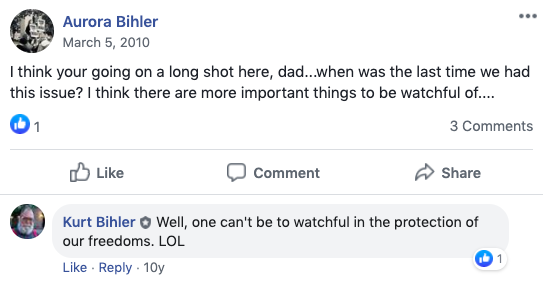 Indeed, for years, the page lay dormant. It was not until the days leading up to Donald Trump’s shock victory in the 2016 election that some content — which is to say memes — started trickling in. On November 9th, the day after Trump defeated Hillary Clinton, member Ascher J. Robbins warned that Trump would try to repeal the amendment. “We need to form a strong resistance. #BuildThatWall around your house so he cannot quarter soldiers in it!!!!” he wrote. 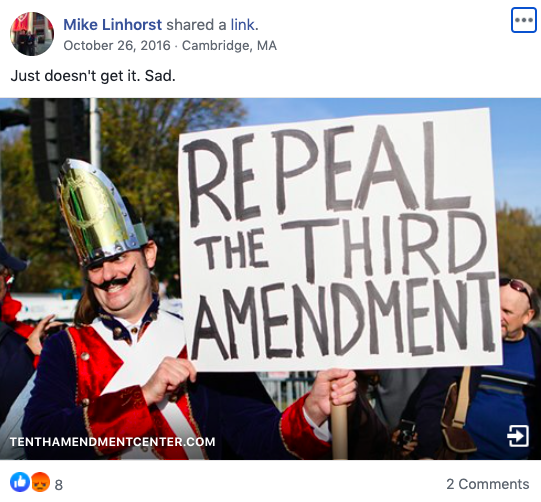 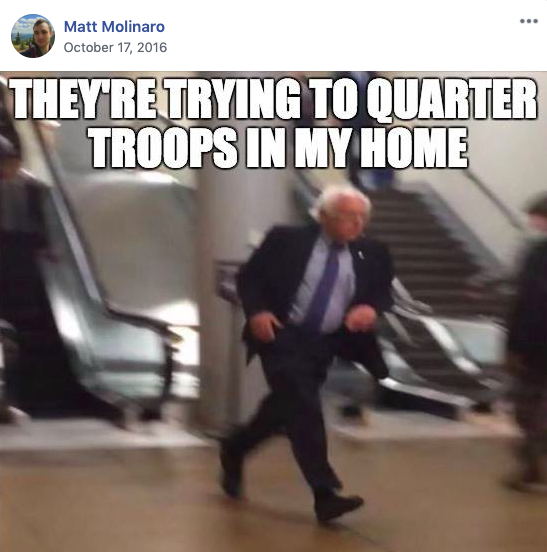 Still, there wasn’t much action. The 3A coalition wanted for a transformative figure — someone to light the way. The pseudonymous Jim Amendments appears to have joined the cause on Facebook in March 2020 (his Twitter account, @jimamendments, was created in August 2019), almost exactly a decade after it was established. With the zeal of a visionary, Jim immediately set to work on dankifying the archive of Third Amendment memes, producing an incredible run of posts, most of them also shared on the Twitter profile.

If Bihler was a Saint Peter, laying the foundations of a religion, then Jim Amendments was its Michelangelo, painting the ceiling of the Sistine Chapel, opening our eyes to the heavens. 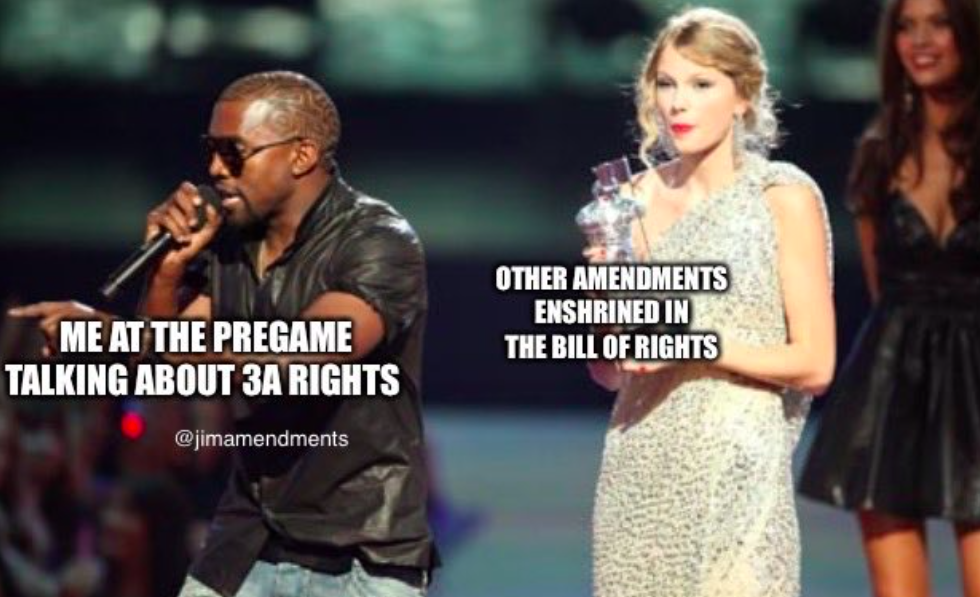 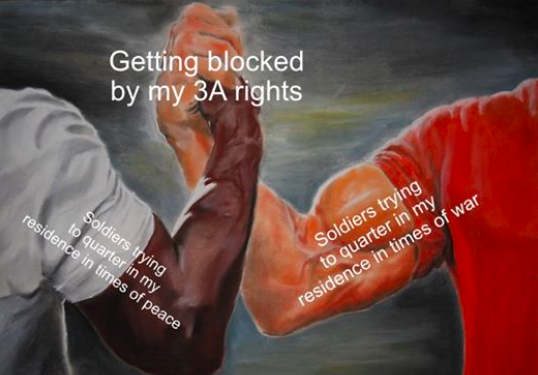 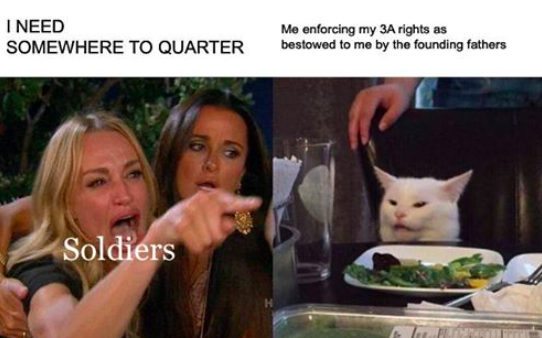 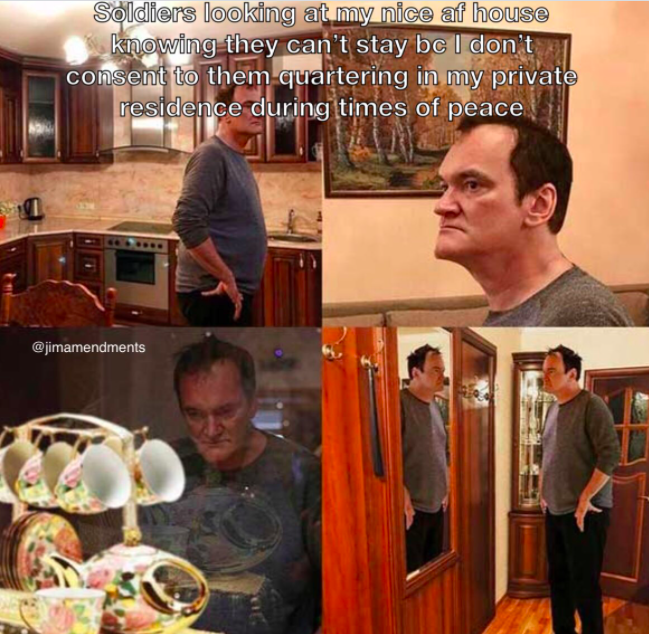 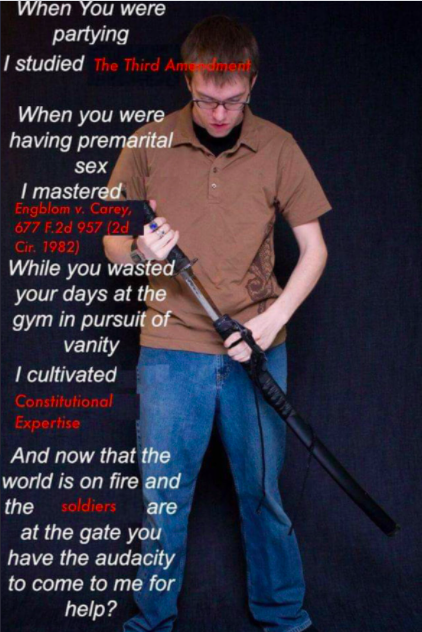 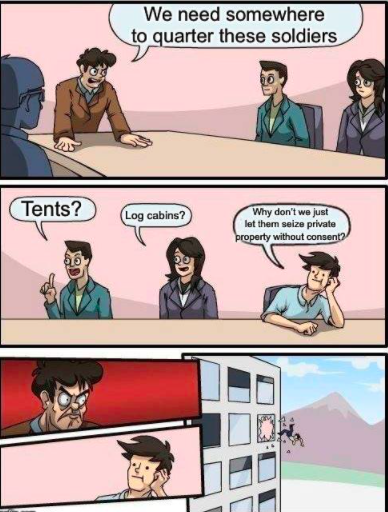 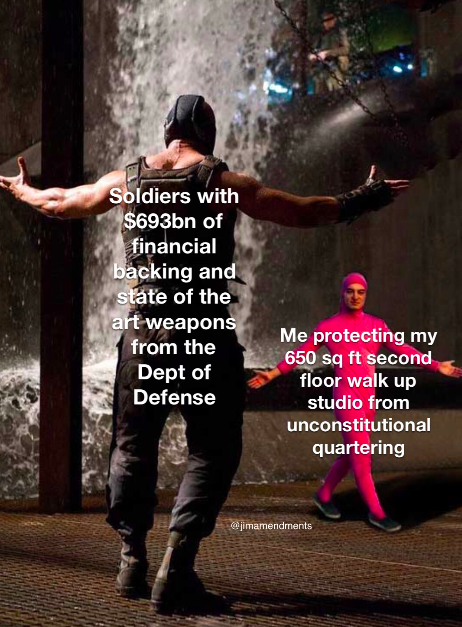 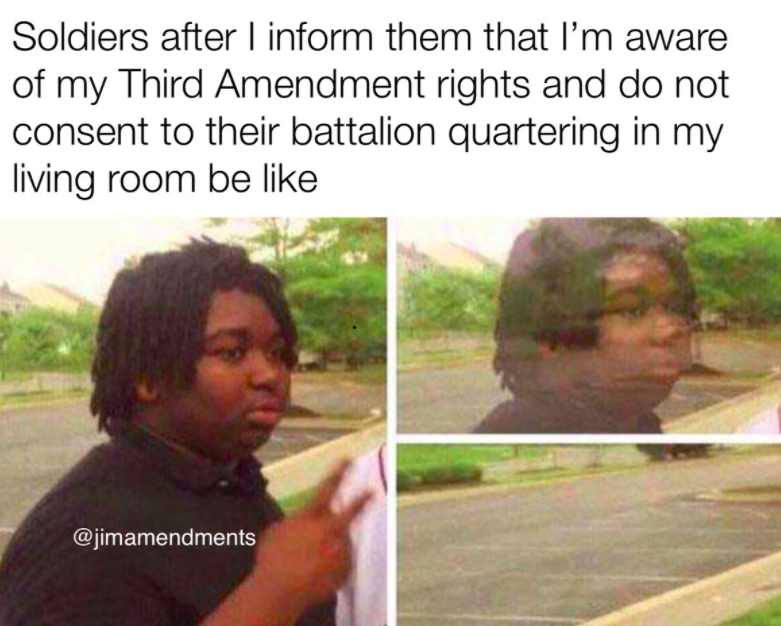 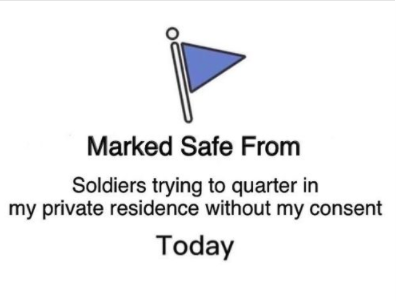 As coronavirus swept the planet, Jim Amendment’s 3A memes made both his Twitter feed and the Facebook group a destination for connoisseurs of niche web humor. Where any of this stuff found its way into the relative mainstream, people took it as an elaborate bit: No one actually cares about the Third Amendment, the reasoning went, so crafting an entire persona dedicated to its trivial import is a kind of performance art, or maybe a sly parody of First and Second Amendment absolutists. Not until a military occupation was enacted to quell civil unrest did we have the stunning turn: the U.S. is now on the verge of an actual Third Amendment crisis. 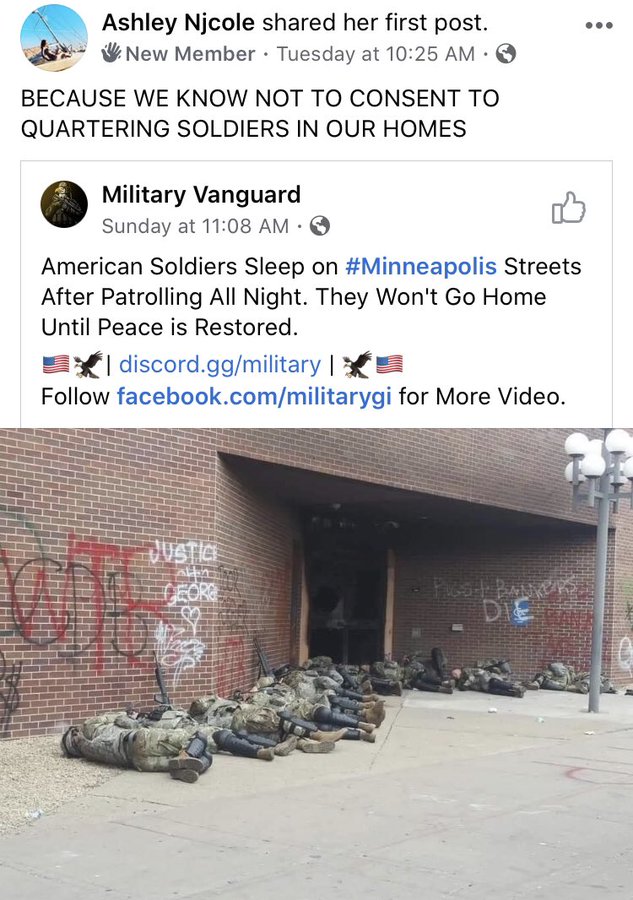 What will be interesting to observe now is whether the quartering of service members in hotels — and efforts to kick them out — bring 3A to the legal fore. Especially because, as Jim Amendments himself has observed, the few applicable decisions on record set conflicting precedents. Sen. Mike Lee’s spokesman, for one, has claimed it is irrelevant here. But unlike the First and Second Amendments, which have been parsed and interpreted nearly to death, the precise meaning of the Third Amendment has never been the subject of popular debate. How do we define “soldier”? What about “house”?

The most important ruling on the spirit and letter of the provision came in 1982, with Engblom v. Carey: the U.S. Court of Appeals for the Second Circuit, in the absence of prior jurisprudence, held that the National Guard qualified as “soldiers” and that one did not technically have to own property to dwell in it as an “owner” would, with all attendant rights and expectation of privacy. Under this rubric, it seems that individual hotels have the express choice to provide lodging to the troops for a fee or not.

But, as scholars of the Third Amendment realize, everything in the Constitution is flexible.

“I’m mostly happy for Kurt,” Jim Amendments wrote of the resurgent Third Amendment conversation in a Twitter DM. “He’s worked so hard to cultivate this community. I’m also obviously ecstatic for our civil rights getting their chance to be realized. People say the Third is rarely invoked, but it’s really there supporting us every day as we live peacefully in our homes without threat of non-consensual quartering by troops or other agents of state.”

Whatever happens next, we must recognize a larger truth at play: There’s no political meme so obscure that its eruption into our hectic reality is out of the question. From the moment Kurt Bihler decided that the Third Amendment needed some love, through Jim Amendments’ renaissance of the forgotten text, to the epiphany that wow, holy shit, we might want to brush up on this material, it’s been but a single step from the ridiculous to the sublime — to borrow the reasoning of the American revolutionary Thomas Paine.

Learn and treasure your Third Amendment rights, for they were not set down in frivolity, but the expectation of use.