The Faces of the True American Cowboy

Finally, round out the group with a fourth. The most daring of the gang.

If your imagination was historically accurate, at least one of them would be Black. After all, roughly 25 percent were. Yet those dusty, trail-worn Black faces mostly go missing when we tell stories of the Old West. But they shouldn’t. They were integral to creating the iconic myth of the cowboy.

The fact that there were so many Black cowboys makes perfect sense if you think about it. Coming out of the Civil War, who would’ve been working with the livestock? That’s right, the enslaved population of Black people in the South, who’d just been effectively freed (at least on paper). Many of them had been responsible for feeding, tending to and caring for all the farm animals on plantations or ranches. They knew well how to handle cattle and horses dating back to the herdsmen cultures of West Africa.

The vaqueros in Mexico share a similar tale. In the early 1700s, the Spanish colonists who brought cattle and horses with them from Europe to Mexico taught the Natives there how to ride horses, how to tend cattle and how to rope them. Basically, the first cowboys in North America were Indigenous. (The term for them, vaquero, would later be anglicized as “buckaroo.”)

Eventually, of course, the paths of the Black cowboy and vaquero crossed. In particular, in 1829, the first Black president of Mexico, Vicente Guerrero, outlawed slavery in his young nation. (Mexico won independence from Spain in 1821.) Around that same time in Texas, which was still part of Mexico, a group of American ranchers and slave owners arrived and vigorously opposed the new anti-slavery legislation, and conspired to cleave Texas away from Mexico. 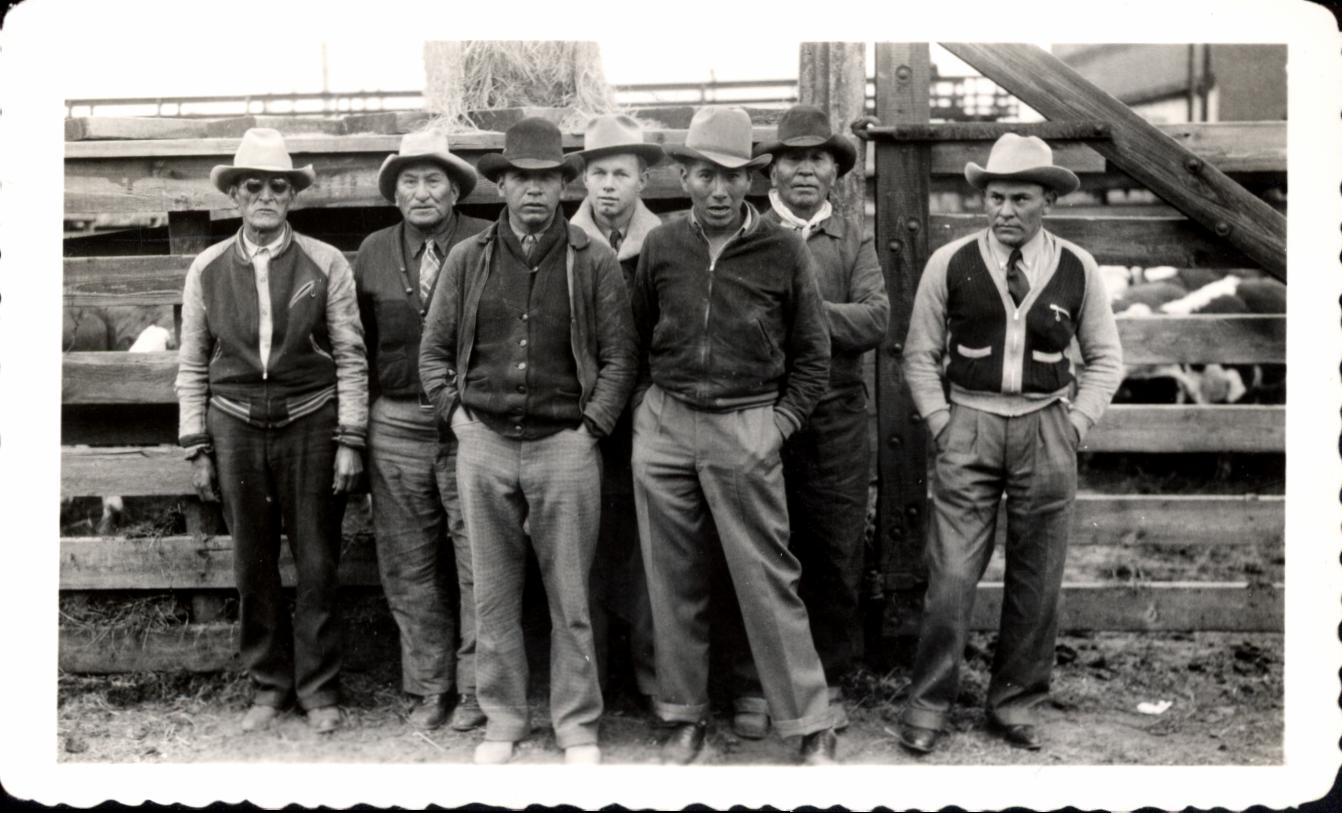 The men were led by the extremely racist Andrew Jackson and Jim Bowie, along with other men who now have Texas cities and universities named after them (e.g., Sam Houston and Stephen F. Austin). Together with the great Alamo-defender Davy Crockett, these ranching, slave-owning opportunists planned to turn Texas into an American slave state. And so, throughout the 1830s and 1840s, Southern ranchers flooded Texas with their slaves, regardless of Mexican law forbidding the practice.

By 1845, the year the U.S. annexed Texas, the territory held roughly 100,000 whites and an estimated 35,000 slaves. By 1861, the year Texas left to join the Confederacy, the state had grown to a population of 430,000 white citizens and 182,000 enslaved Black people, who, again, spent most of their time tending cattle and roping horses. And by 1865, the year the Civil War ended, many of these Black buckaroos headed West.

Among the most famous of them was Bill Pickett, a legend among cattlemen and cowboys who’s credited with inventing steer wrestling. (Not many would think to throw themselves off their horse and down onto the neck of an angry steer, but it’s now a rodeo tradition and a measure of toughness.) Pickett began working on ranches at age 11 and continued through the mid-1890s, when the transcontinental railroad made overland cow drives unnecessary and the cowboy way of life obsolete.

Forever industrious, however, Pickett moved on to entertaining in Wild West shows. He and his brother had a touring show called Pickett Brothers Bronco Busters and Rough Riders. Like Buffalo Bill and Annie Oakley, they kept the Old West alive in stage performances across the country.

Here’s where the story turns tropical. That is, just about the time the first American cowboys were making a name for themselves in Texas, far away in the island kingdom of Hawaii there were Spanish-trained cowboys called paniolos who herded cattle in paradise. (Paniolo is a Hawaiian word that means “a person who herds cattle, a cowboy.”)

The legend of the paniolos begins in 1832, with just three Mexican-Indigenous vaqueros (named Louzeida, Kossuth and Ramon). The Hawaiian royal court of King Kamehameha III sent envoys to Mexican California to hire cowboys to teach the king’s people to herd cattle and raise horses. The envoys returned to the islands with the three vaqueros, who then taught the Hawaiians how to cowboy.

No recounting of cowboys of color, however, is complete without mention of the outlaw Deadwood Dick, aka Deadeye Dick, aka Red River Dick, or as he was called by his mama, Nat Love. In 1869, Love freed himself from the plantation where he’d been born into slavery. He was 15 when he walked 837 miles from his home in the hills of Nashville to the frontier town of Dodge City, Kansas. At the end of his trip, he approached a trail boss. The veteran cowboy gave Love a listen, then told him if he could ride Good Eye, their most untamed stallion, he’d give the tenderfoot a shot with the outfit. Love didn’t tell the trail boss that he’d grown up breaking horses on the plantation.

It went, then, completely counter to how the trail boss imagined: Love tired out Good Eye, riding him to a standstill, and officially became a cowboy in the process.

Over his days, Love would ride on both sides of the law. He was there in the Dakotas in 1876, just a day’s ride away, when Crazy Horse led Lakota and Dakota warriors in a slaughter of George Custer and his doomed men at the Battle of Little Bighorn. And he was there in Deadwood some days later at a Fourth of July celebration to mark the centennial of the nation.

Love recalled the epic adventures and contours of his cowboys days in his autobiography, The Life and Adventures of Nat Love. Stories like the time he nearly died in a winter storm only to be saved by the young buffalo he was weakly able to shoot and kill and feast on its warm blood. Or the time he rode with fellow outlaw legend Billy the Kid: “I was in the city of Elmorgo, New Mexico, and saw him the morning he was forced to flee to the mountains to escape arrest. We could see him up there behind the rocks. He was well armed having with him two Winchesters and two 45 Colts revolvers and plenty of ammunition, and although the officers wanted him badly, no one dared go up after him as it was certain death to come with range of the Kid’s guns.”

All of which is to say: Nat Love was as cowboy as they come.

So is, I should note, my father. He was raised on a farm in North Carolina. He loves Waylon, Willie and Charley Pride. He also made sure that I knew about Herb Jeffries, a Black actor who made Westerns intended for Black audiences in the 1930s. He was, in fact, known as the Bronze Buckaroo.

Most of all, he was crucial to my understanding of what cowboys look like — just like me.