Long Live the King of Beans!

Rancho Gordo's Steve Sando, a master of heirloom legumes, is a driving force behind the bean renaissance in kitchens across America

Twenty years ago, Steve Sando stashed away his former life as a web designer and clothing wholesaler, feeling burnt out and in search of a future rooted in something more tangible — quite literally, in fact. “All I knew was that if I had a garden, things could turn out okay,” Sando, 60, tells me. “There’s just something so romantic about putting a seed in the ground and watching it grow.”

The tale of his early experiments with tomatoes, greens and beans is, by now, culinary legend. In 2001, Sando set up a humble little booth at the Yountville Farmer’s Market in Northern California, and quickly realized he was the loneliest vendor there. Shoppers were perplexed by the rare, jewel-like heirloom beans he had grown from seed; they walked away, disappointed by the realization that Sando wasn’t selling sweets or baubles.

But not long after he began displaying his wares, a lanky chef with combed-back hair approached Sando’s booth, enraptured by the beans. It was Thomas Keller of the acclaimed French Laundry, and as Sando talked with Keller, the hypothesis of his bean project began to crystallize. Sando realized that the beans had a unique story to tell for those curious enough to learn.

His company, Rancho Gordo, started with just a hundred pounds of beans, and now has grown into a coveted business guided by Sando, built by a network of growers and boosted by a litany of professional chefs, food media figures and home cooks alike. Last year, amid the pandemic, Rancho Gordo broke its own records as more people stayed home to cook, shipping out just over a million pounds of beans by Sando’s estimation.

Rancho Gordo’s beans aren’t just a prized ingredient — they’re the subject of obsession. Consider its Bean Club, a subscription program with 11,000 devotees and a stunning 28,000 people on the waitlist. I’m not in the Bean Club, but I know someone who is, and the hype is real. I’ve never heard of Hidatsa Reds or Yellow Eyes, but cooked simply with aromatic vegetables, they’re some of the best beans I’ve ever eaten, bursting with silken texture and rich flavors that evolve as you chew.

So, yeah, Rancho Gordo’s beans are a big deal, brought to my table thanks to 20 years of growth, indigenous knowledge and a lust for the unknown. Sando recently sat down with me on a video call to discuss two decades of legume love and the future of this humble, yet spectacular, food.

You love beans for a lot of reasons, but what made you grow so obsessed with heirloom varieties and indigenous plants? And what convinced you others would fall in love, too?

Beans had been the focus of hippie food. It’s good for your health, it’s cheap, etc. But as I was watching the chefs who were buying from me in the beginning, I realized that this wasn’t a hippie-food thing at all. It’s just an ingredient we’ve taken for granted. I realized my customer isn’t the Boomer hippie who loves the local co-op, where they can get old beans for 69 cents a pound. It’s the people who were fueling the American food revolution in the 2000s — the foodie thing. If I have any talent, it was recognizing this, because I ended up really not being a good farmer or grower of any kind (Laughs).

What was the first bean you sold?

The Rio Zape. Like a pinto, but better. I remember thinking at the time, how odd it was that in Napa and Sonoma, people knew about special balsamic vinegars and sherry but not the food that was native here. That really seemed kind of racist. The mindset was, “It’s from Mexico, it has no special value.” And I just thought, “Well, this was Mexico. And they’re our neighbors!” European traditions are great, but it offended me a little that there was no interest in these beautiful beans. Then Thomas Keller came by, and suddenly people were asking for the “Thomas Keller beans.”

I imagine the price was a challenge for a lot of shoppers who’d never seen an heirloom bean.

Heirlooms are more expensive to produce, and just harder to do right. Some people think they’re more expensive just to be more expensive, but nope. We’ve never discounted a single bag in 20 years. The price is sacred. A lot of new people in this industry, they’ll do anything to get into Whole Foods or a big distributor like that. But we’re good. I’m happy, and the price is what it is. We don’t play that game.

I’ve been broke for so long that I always thought I’d get more greedy if I saw success. Funny enough, it’s been the other way around, and it’s important to how the company works. We don’t have a lot of entry-level jobs, but the ones we do are $15-an-hour jobs. If you can’t afford to do a $15 minimum wage, that just means you don’t have a good business plan. It’s not unfair to you because you’re a small business. Make a better plan and pay people.

You source your beans not just from the U.S., but around the world, including via the Xoxoc Project in Mexico. What’s the importance of this?

You know, I used to go to Mexico and try to buy beans to use as seed. But I was ignorant — I didn’t realize how offensive that was to farmers. All they have is the seed, after all. And I realized I wasn’t going to grow much anyway, so I met business partners to get imports from Mexico the right way.

In the early days, my friends would pick me up in their truck and we’d just go drive somewhere to find heirloom beans. I remember one time, we heard about a guy who had heirlooms, so we drove for hours on these awful roads to get to his village. He had rows and rows and rows of beans, really clean, using really good water. Often, farmers didn’t trust what I was there to do. But he was very excited to see us, and I asked him what he was growing. He told me, “Michigan Blacks.” Then none of it was amusing anymore. 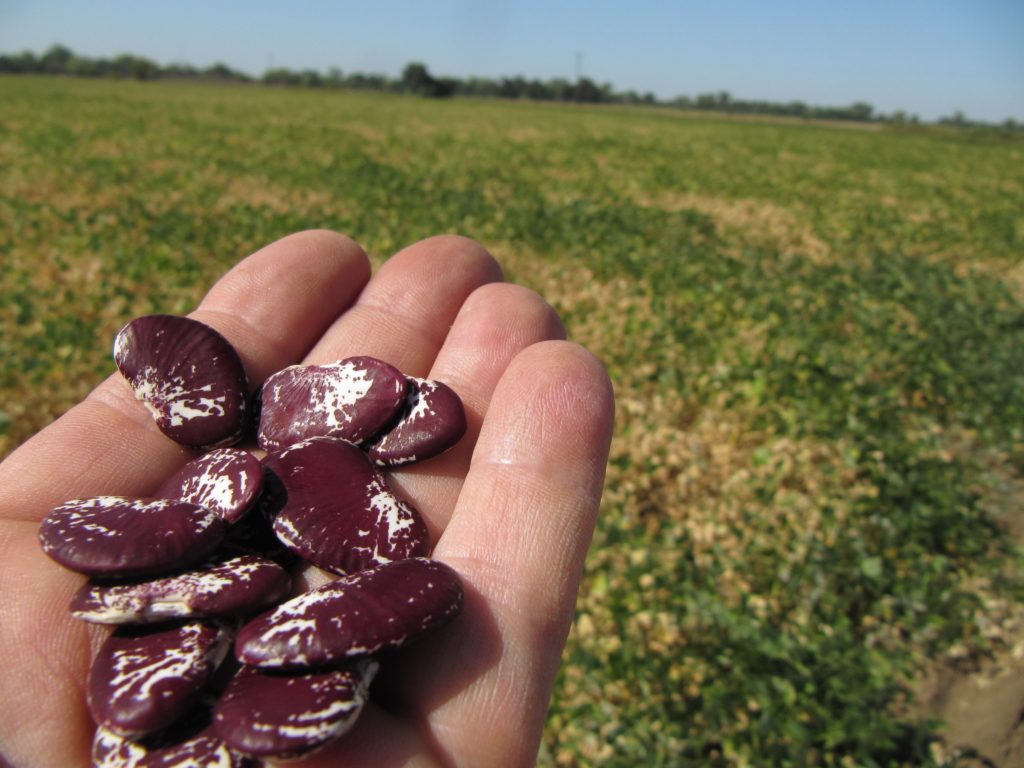 Somewhere, this guy got the message that he should be growing Michigan Blacks so he could compete with the Chinese or the Peruvian growers. That’s when I realized we need to get serious about heirlooms. Farmers in Mexico will often ask us what we want. We want their grandmother’s beans! They almost don’t believe us, because even people in Mexico City don’t buy these beans. They’re that regional.

Why is cultivating these rare varieties and respecting their provenance a priority to you?

It reminds me of my happiest meal in Mexico. It was with these farmers, the first we contracted with. They were embarrassed about cooking us a dinner with beans they grew, salsa made from produce they grew and tortillas made with corn they grew. For me, it was the best meal I’d ever eaten. As much as I like the French Laundry, I’d much rather do this with these amazing people who were so proud, and so confused, but felt validation. That is, to me, the joy of the whole thing.

You know, a lot of well-meaning people make plans to go down to Mexico, to export textiles or some product or build a Ford motor plant. It works for a few years, but then falls apart; the money leaves, and suddenly, workers are left high and dry. So the lack of trust from many Mexican farmers is totally understandable. Just because I’m a gringo with an idea doesn’t make me special. But this is about the beans and where they come from. 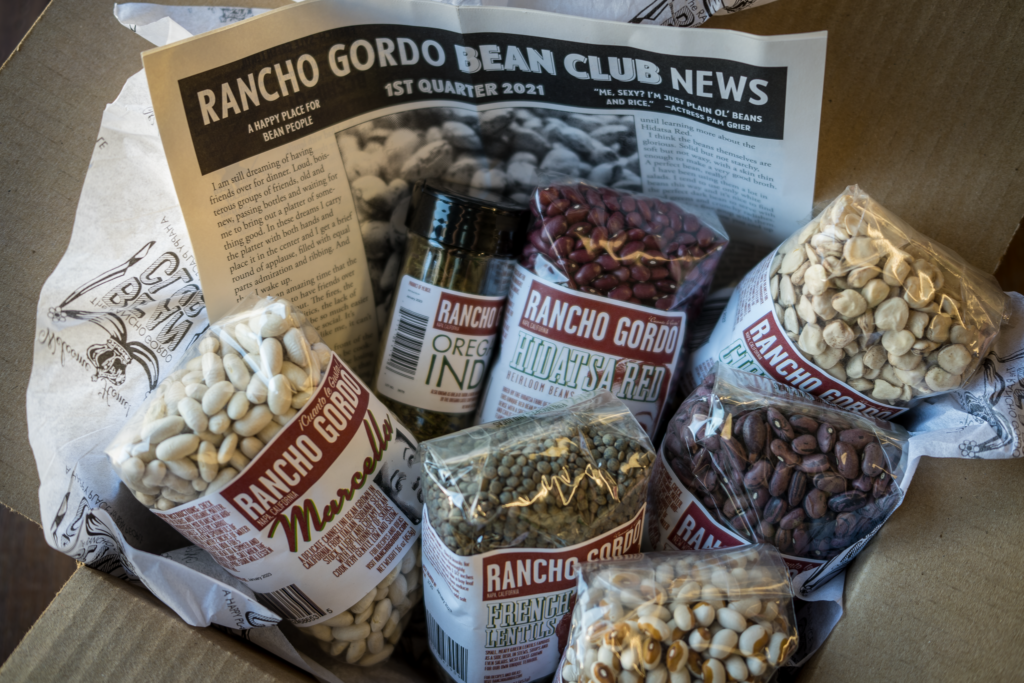 Looking back at 20 years, are you surprised by how heirloom beans became so beloved?

When we first started, I don’t think people even knew they wanted to geek out about beans. When they eat heirloom beans, though, it’s just that “oh!” lightbulb moment. If I’ve done anything right, it’s to make people realize that beans are an incredible ingredient. And now, we’ve got some competition! I even got a wild offer to buy us out. And it just felt so wrong. They’re investors, and they’re going to want to see a return on investment. It was clear to me that the Mexican beans would be the first to go, because of the cost.

That’s the opposite of what I want to do. So we’re good staying put. At the end of the day, I love these beans. And they’re the secret I want to share.