Stanning Peppa Pig, Queer Icon, Hypebeasts From Outer Space and Why You Should Never Mess With a Dad’s Thermostat

Man, Bob Mueller sounded nervous this morning, or at least, discombobulated, didn’t he? His favorite words appeared to be “uh” and “um,” and don’t even get me started on the throat clearing. Did Trump actually get to him?

Then again, it’s reasonable that anyone forced to answer pointed questions in a high-pressure situation (a la Mueller) might sound shaky at times. Which brings up an interesting question: What’s the deal with our inability to speak naturally when we’re nervous, anyway?

“Peppa Pig Is a Queer Icon and It’s Time We All Stan Our Queen”
Move over, Judy. Step aside, Cher. There’s a new Queen on the block, and she’s 7-foot-1, has a BFF named Suzy Sheep and (probably) loves gay circuit parties. Yes, I’m talking about none other than Peppa Pig, the Nick Jr. anthropomorphic superstar and owner of the record of the year, My First Album. With jams like “Expert Daddy Pig” and “Rainbow, Rainbow,” to say that Peppa’s music resonates with the LGBTQ+ community would be an understatement. She is quite literally the queer hero we deserve, and need right now. READ MORE

For the filmmakers behind The Great Hack — a new Netflix doc about the dark side of the internet’s innovation  — unencumbered data collection is as big a threat to our entire way of life as global warming. Which is probably why directors Karim Amer and Jehane Noujaim set up the film to act as a sort of virtual town crier, begging us to think more deeply about what we surrender by downloading apps to our phone or filling out Facebook questionnaires.

Tim Grierson spoke to Amer and Noujaim about their film, why the Cambridge Analytica scandal is about more than elections and why they haven’t deleted their own Facebook accounts yet.

In honor of the 50th anniversary of Apollo 11 and humanity’s shining achievement of putting a man on the moon, we need to talk about fashion. Specifically, lunarcore, a tribute to the accidental style that NASA discovered when it first sent men to space.

In 2016, a study revealed that one-third of gay men reported experiencing some form of anti-fat bias, despite most of them being normal weight, clinically speaking. But that was 2016. Now three years later, Madeleine Holden checked in on what it means to be “gay fat” — i.e., men and non-binary people who are considered “chubby” or even “average” in straight spaces but deemed “fat” in gay communities — and found that while bias still exists, blatant discrimination is on the downswing.

Wash Before You Wank (Yeah, Right)

Should you stretch before, or after working out? Historically, the answer has always been “both,” but recent studies are beginning to demonstrate that stretching’s ability to prevent injury is at least overblown, and at most, non-existent. But that doesn’t mean you should blow off warming up and warming down completely.

There are dads, and then there are dads with A/C. If you’ve never met the latter, you’ve never seen a dad go full “dad” when you have the audacity to alter the room temperature by even a single degree. It’s the dad-mode that launched a thousand memes: 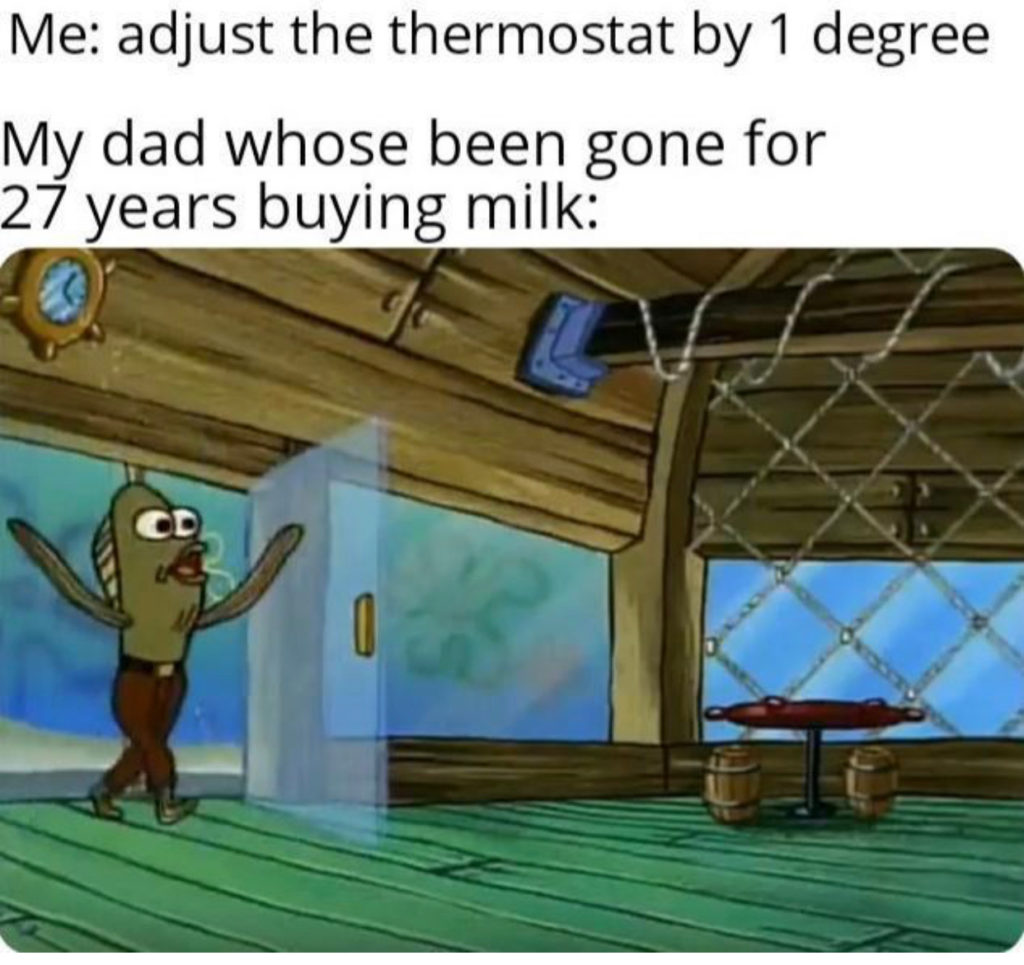 Quinn Myers looks at why messing with the air conditioning setting elicits such a strong, fatherly reaction.