Aviation Experts on All the Safety Violations in ‘Soul Plane’

To our great surprise, Snoop Dogg may not be qualified to fly a 747

“Thank you for reaching out to Capt. Sullenberger. Unfortunately he’s working to capacity, and will not be able to participate in your project.”

That’s the response I got from the representatives of Captain Chesley “Sully” Sullenberger when I emailed them to see if he’d want to help me point out all the safety violations in the 2004 classic Soul Plane. Why? Well, with air travel returning to normal, I figured it was important to help the public distinguish fact from fiction. And who better to come to my aid than the best-known pilot in the country?

Sully is an Air Force veteran and the subject of a Tom Hanks-starring biopic (but, seriously, who isn’t nowadays?). Many see him as a hero for his bravery during the “Miracle on the Hudson,” in which he emergency-landed a US Airways plane in the Hudson River, killing exactly none of the 155 people on board. But, by his own choosing, he will not be able to add “Expert on Soul Plane” to his illustrious resume. That’s fine Sully. I’ll try not to take it personally.

In time, I realized that I didn’t need Sully to talk Soul Plane with, anyway. Before long, I had a couple of airline pilots of my own, and one of them even has a mustache! Along with them, a very knowledgeable flight attendant and a couple of snarky TSA agents on Reddit, I was able to identify all the safety violations in Soul Plane without Sully’s help. So there!

TSA Agent on Reddit: The TSA absolutely doesn’t strip-search people. Targeted pat-downs and full-body pat-downs are done to look for prohibited items and done by [the] same gender. Although, I’ve heard that sometimes, cross-gender pat-downs are done due to staffing issues at smaller airports.

Dancing on the Tarmac is Fine

Shoshanna James, a flight attendant with a major airline: The runway guy is fine. They dance like that in real life, it’s all over YouTube.

Those Wheels Are Definitely Too Big

Captain Jeff Nielsen, pilot with a major airline and co-host of Airline Pilot Guy podcast: A hydraulic system to make the plane bounce would be really dangerous. The way planes are loaded and where the center-of-gravity is, is very critical, so you wouldn’t want things bouncing around. Also, those tires would add a lot of extra weight — they’d be cool to have though, you could land anywhere.

No Strap-Hanging on a Plane

Shoshanna: There were definitely some violations in the “Low Class” seating. Some seats were car seats and some were subway seats — there’s no way all those different seats are meeting the safety requirements. There were also straphangers in the back of the plane like in a subway train — that’s definitely not safe!

Also, it’s a little thing, but back in Low Class, they’re watching an old TV with an antenna on it, but you can’t use anything with an antenna because it can interfere with the plane’s radio signals.

Capt. Nielsen: There’s a part where a bunch of football players run to the front of the plane. If that happened in real life, I’d notice it from the cockpit because the plane could be put off balance by it. I’m also worried about the dance floor on the plane. I don’t think that would be safe. There are big planes with lounges and that sort of thing, but a dance floor with all those people — they could really get hurt if they hit turbulence. Turbulence is the thing that injures the most people on flights, which is why I always advise people to stay seated and buckled in.

You Can’t Serve Anyone Underage

Shoshanna: There’s no problem with serving Colt 45 on a plane, but at the bar they serve an 18-year-old and that wouldn’t be allowed, they would have to be 21. Even if we were going to Mexico, where the drinking age is 18, we still couldn’t serve them.

The Flight Attendants Missed All the Safety Requirements

Shoshanna: While I hate to say it, skimpy uniforms are allowed. When I used to work for Virgin, it seemed like the shorter the skirt, the better. Plus, back in the 1960s and 1970s, the uniforms were really skimpy.

No Watching the Knicks in the Cockpit

Capt. Nielsen: The fact that you never hear anyone communicate with this flight is concerning. That would be constant throughout the flight. Also, they listen to music, but my airline wouldn’t allow us to listen to music, even classical or soft jazz. The cockpit on this plane is also really big. The plane is modeled after a 747SP, but the cockpit in those is much smaller.

Oh, and the navigator is watching the Knicks at one point, that wouldn’t be okay.

Shoshanna: There’s that part with all the locks on the door, but all those locks on the cockpit door wouldn’t be allowed. There are only supposed to be two locks — a manual one and an electronic one. You can’t lock it from the inside without having access from the outside system because if anything were to happen to the pilots, we’d have to be able to enter. We have to put a code in and then the pilots have like 15 seconds to override it to not let us in. They can’t permanently lock us out.

There’s no rearview mirror on a flight deck, so he couldn’t have those dice, but the Fred Sanford bobblehead on the dash is probably fine. I’ve seen pilots put their lunch up there, and I saw a pilot who put up one of those dancing hula girls.

Shoshanna: The fact that the airline owner’s cousin hired the pilot without any FAA credentials whatsoever would be a huge violation! Also, we’re all randomly drug-tested, so the captain couldn’t bring a bong on or smoke weed in the cockpit. We cannot have any drug paraphernalia at all. Even in states where weed is legal, we can’t smoke at all because it’s not federally legal and we get tested by the Department of Transportation.

Capt. Nielsen: The captain’s uniform isn’t regulation, but that’s not really a violation. That’s something decided by the airline, but it’s not about safety, it’s more about image and branding, as you want the pilot to carry a certain degree of authority. That’s really important. He’s also a felon, and I don’t know that he’d pass the background check.

There’s also the part where he’s accidentally on the loudspeaker and he threatens to crash the plane and he jerks the wheel. Yeah, that’s a big no-no.

Everyday Airline Pilot, EU airline pilot with 4,000 hours flying Airbus 320: No pilot would ever get hired with the resume Snoop Dogg has. It would most likely get passed around to give everyone a laugh though. 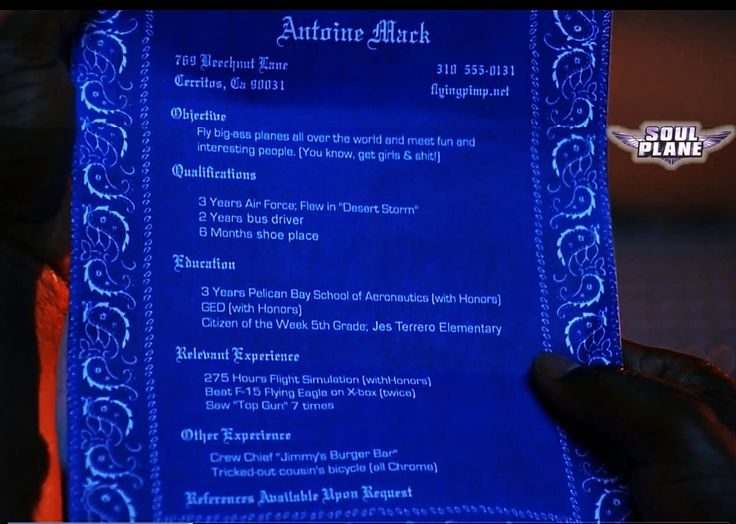