Christopher Moltisanti Memes Are Our New Barometer for Mental Health

It’s been one year of feeling like The Sopranos’ tracksuited failson — wrapped despondently in a blanket, or nodding off on heroin in front of a corn dog stand

The continued use of The Sopranos in memes serves as a cultural Rorschach test. The moments we quote, the images we repeat, are all mirrors of our collective psyche. We use young AJ when we’re feeling nostalgic, Tony and his ducks when we’re happy and Christopher in almost any context when we’re depressed. This year, Sopranos meme account @timeimmemorial_ has had a lot of Christopher. 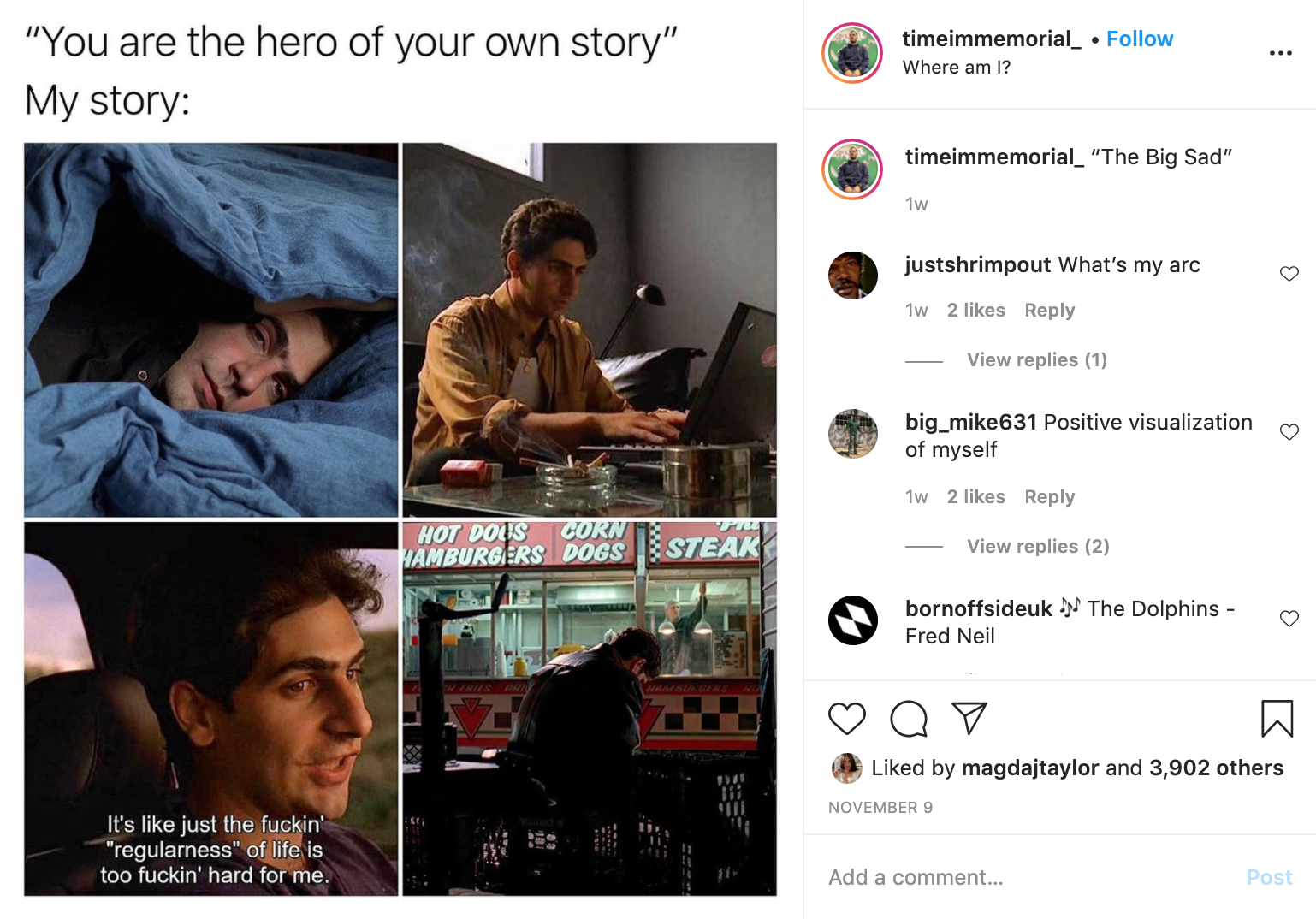 Tony, too, of course. We know Tony is depressed, he’s even prescribed Prozac. But why was Christopher Moltisanti so unhappy with his life? He seemed to have what he wanted — money, a beautiful wife and child, screenwriting credits, some semblance of respect from his peers. In the first season, before he acquires any of these things, he laments the banality of his existence. “I don’t know, it’s just the regularness of life. It’s just too hard for me or something,” he says to Tony, who asks if he sleeps all the time. “It’s the only thing I still enjoy.” 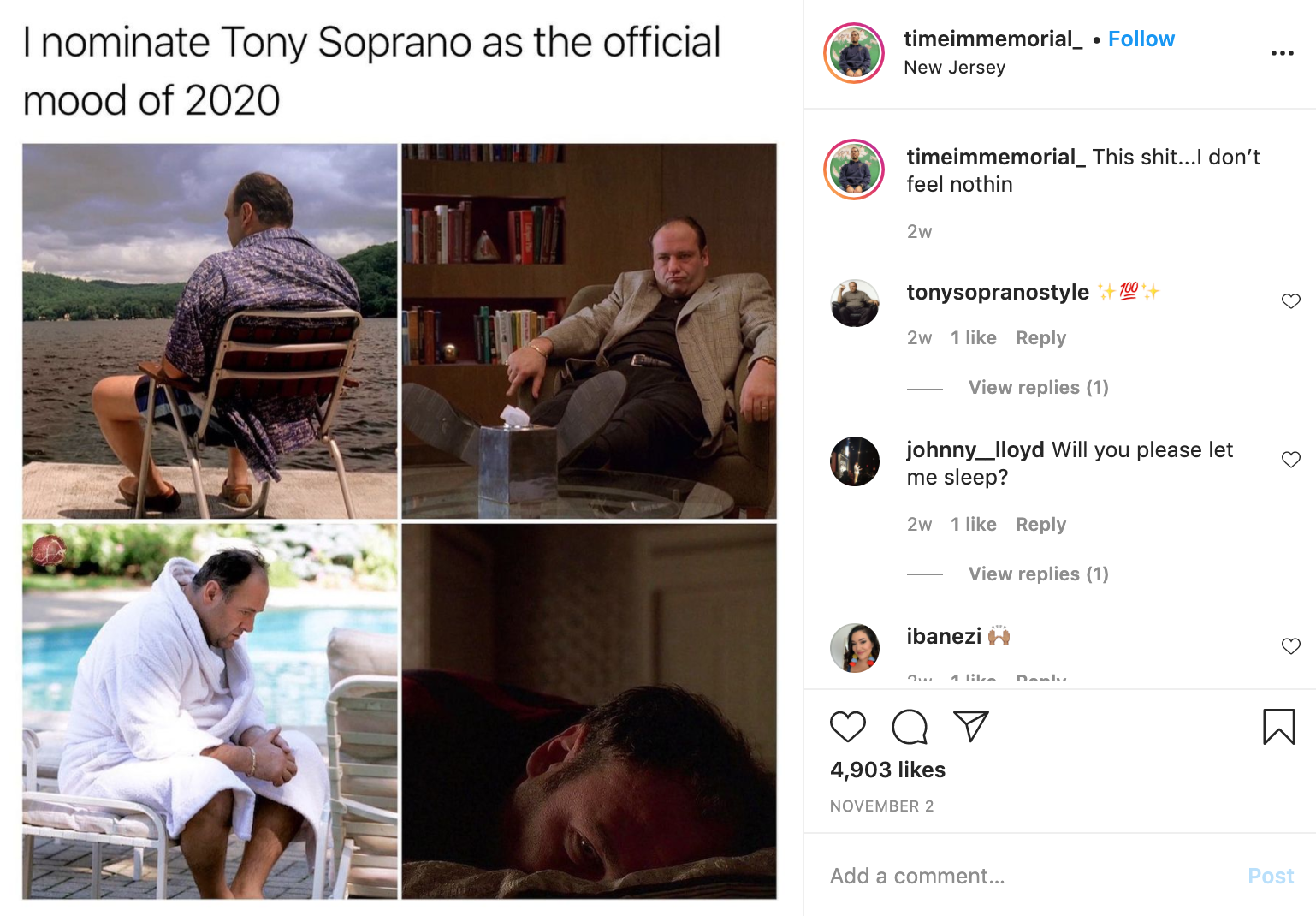 So what does it say about us when Christopher, and this quote in particular, form the basis for our Sopranos meme content?

Maybe nothing. The show has been over for 13 years. We have a fixed bank of material to work with, and the Christopher material is particularly rich. But it’s hard not to question why I relate so deeply to photos of Christopher looking despondent wrapped in a blanket, or tapping away anxiously on his computer, or nodding off on heroin in front of a corn-dog stand. It’s hard not to question why 3,500 other people feel the same. 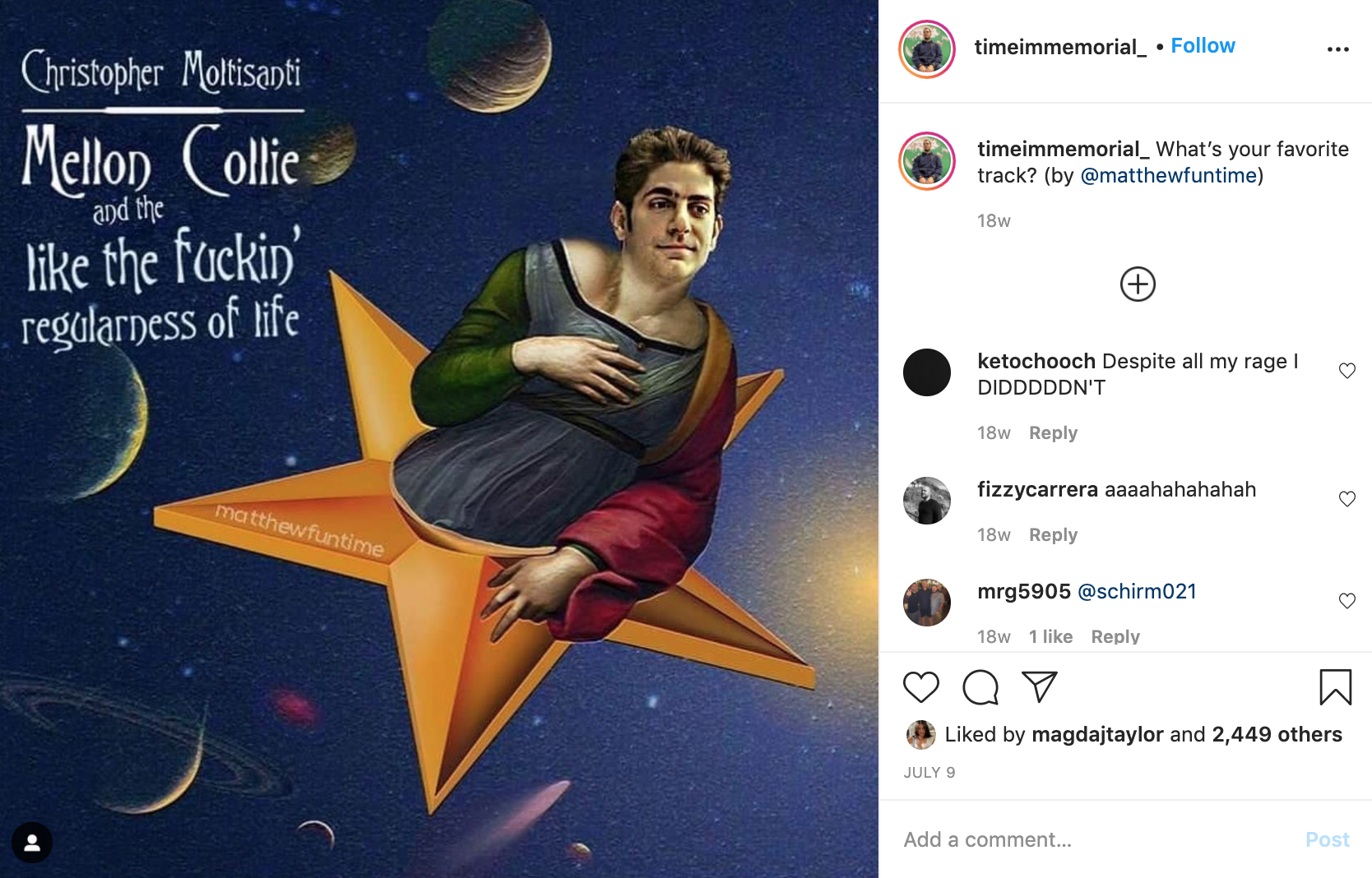 Perhaps the regularness of life wasn’t our specific mental health issue before the pandemic, but now we’re confronting it daily, confined to our homes. Perhaps, more optimistically, the pandemic has instead granted us the freedom to acknowledge the tedium we’ve long experienced.

Alongside Christopher in many of these memes is Paulie Gualtieri, a figure whose misery is defined more by unexamined anger and stubborn resignation than existential despair. Together, they create another oft-repeated scene. “You ever get the feeling that nothing good was ever gonna happen to you?” Christopher asks.

“Yeah, and nothing did. So what?” Paulie responds.

Christopher and Paulie together may instead provide a more accurate reflection of our social subconscious. We’re teetering between indignation and sorrow, confined by pressures we’re barely even able to identify with words. I just hope next year brings us back to memes of Artie Bucco drinking on the Stugots, instead.