‘Pumpkin Spice Latte’ Poppers Are the Scent of Gay Autumn

When Jakub is having gay sex this autumn, he won’t just be thinking about his leather harness cutting into his chest. He’ll also be musing on the crisp, woody aromas of fall — thanks to Pumpkin Spice Latte poppers.

“It smells like someone opened a bottle of poppers in a Bath & Body Works,” says the 31-year-old from Missouri. “Or like a pumpkin pie was brought to [famous gay bar] the Eagle.”

Once You Pop, the Fun Don’t Stop

From Meme to Market

Last year, inspired by a poppers meme, “farm-to-disco” company Double Scorpio added a little autumnal dazzle to the culture. Co-founders Julian Eternal and his boyfriend Brian came up with the idea in August 2018 after they were repeatedly tagged in a poppers meme: a Rush bottle with the words “Pumpkin Spice,” placed over a wreath. 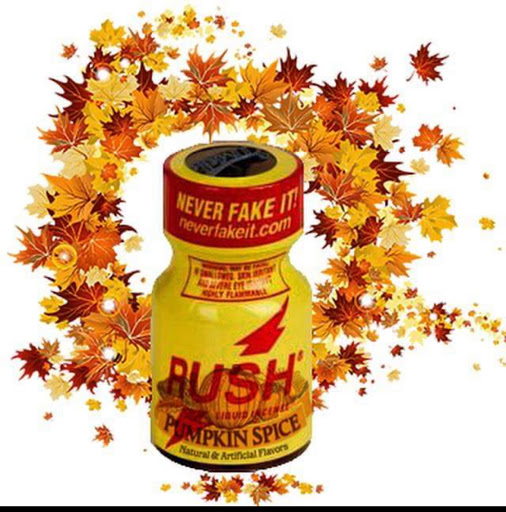 “It was just a gag,” Eternal says. They initially just wanted to try to recreate the meme. After two months of experimenting, the couple found a working formula of essential oils and isolates (synthetic scents like spearmint or peppermint).

All Hail the Great Pumpkin

To be fair, the PSL moniker is misleading: It’s not really a replica of Starbucks’ infamous drink. There’s no real “latte” in the scent, for instance. “It does not smell true to a PSL,” criticizes Justin, a 28-year-old in San Francisco. “It gives more of a vanilla-and-spice profile.”

Even Eternal acknowledges it’s more about the essence of the season than any specific autumnal smell. “Think of an apple cider without the apple. I’m really, really proud of how we managed to capture the scent,” he says. 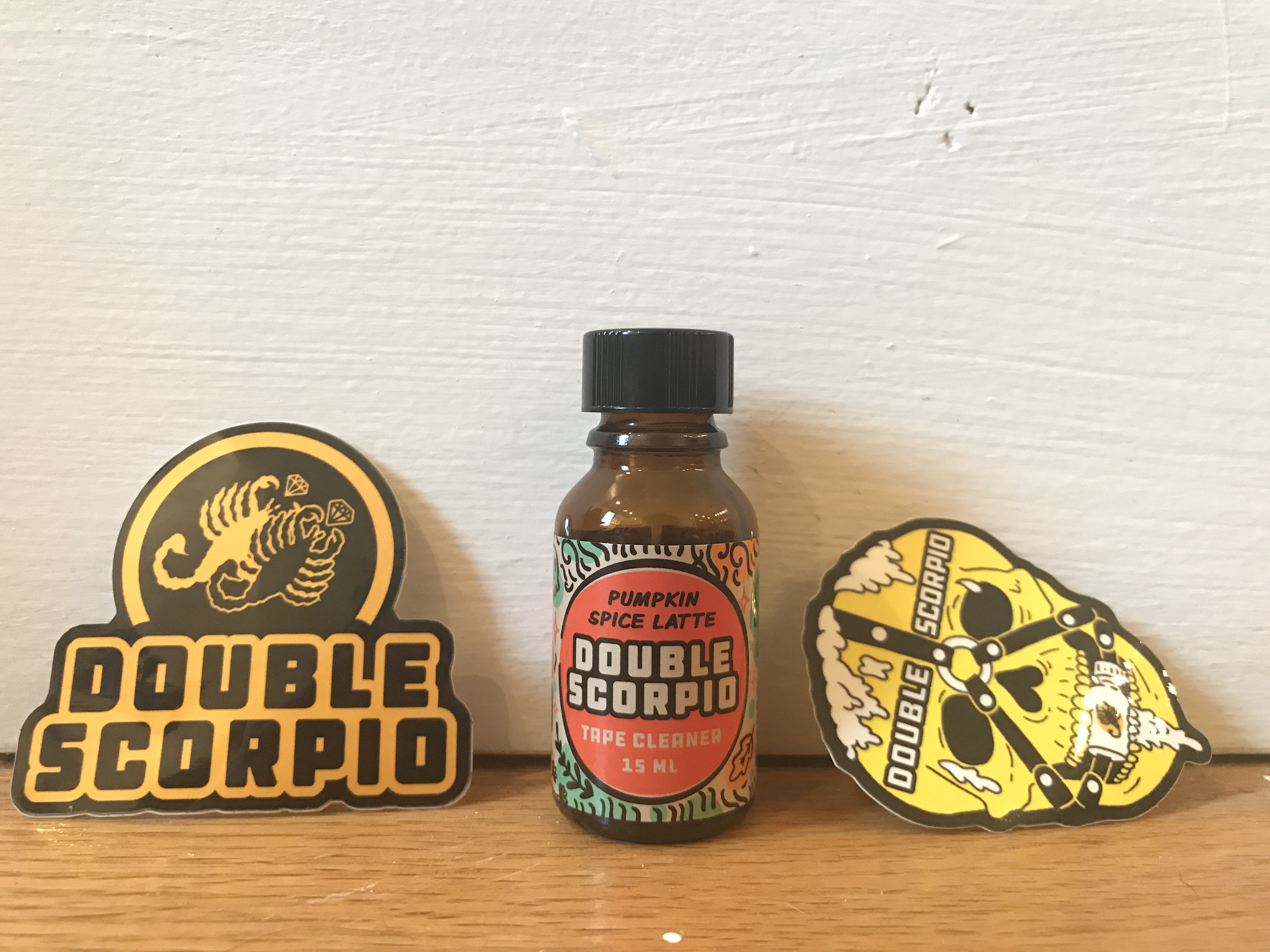 However, scented poppers serve a greater purpose than a seasonal novelty. Like a signature cologne, isobutyl nitrites can be a pungent token of a special friendship — or fuck session.

“I have a friend who specifically likes Honey, so I use that with him only,” says Bentley, a 29-year-old gay man in New York. He has six Double Scorpio scents in rotation; Emerald is his signature aroma. “It’s refreshing, familiar and crisp, and it leaves me with the cleanest VHS tapes I’ve ever had.”

Because counterfeit poppers are rampant and there’s an air of mystery around where these big companies like Jungle Juice and Rush (the Nike of poppers) operate, buying small-business poppers offers some peace of mind.

“I was paranoid ordering online my first time,” says Mickey, a 31-year-old gay man from Dallas. Then he found queer-owned Austin, Texas-based Double Scorpio, which allowed him to buy directly from its website as opposed to janky online stores. Mickey has since become a loyal customer, and it just so happens that PSL poppers are his favorite. This year, he bought five bottles.