He’s still around, but he’s gone from hippie dropout to high-fashion wannabe

Most men of a certain age can recall their first encounter with puka. Greg, a 30-year-old living in Southern California who admits he “sort of wishes it was still cool to wear them,” and who “probably still has one lying in the back of a junk drawer somewhere,” remembers the puka shell men of the 90s well. “On the first day of second grade, this really popular kid wore a puka shell necklace around his neck with a tank top and from that point on, I knew I needed one too,” he says.

The Dawn of the Puka Shell Necklace

Interestingly, when you remove the douchebags who inevitably ruin pretty things, the puka shell necklace is made up of a cone snail’s exoskeleton, a piece of Polynesian idiosyncrasy gone mainstream. “Shells were collected and used as jewelry and clothing adornments,” says Terry Peek, currently the co-owner of Grass Shack Trading, one of the premier Puka shell stores on Etsy, and who formerly ran Hobie Surf Shops in Dana Point, California, and Honolulu in the 1960s. “‘Puka’ [in Hawaiian] literally means ‘hole,’ as in, shells with a hole in them. The original puka shells were conical tips of snail shells and more of a mottled brown color, now called tiger puka. These shells were strung on cotton or silk cord and worn as necklaces, celebrating the island culture.”

“A genuine puka shell necklace is sourced from the terminal helix of a cone snail,” explains Deep Sea News. “When the snail dies, the shell may eventually erode until the terminal helix breaks off. If the tip of the helix erodes further, it will leave a ring-shaped fragment of shell as a remnant. This natural bead was collected to create the original puka shell necklaces.”

Peek tells me that the proliferation of puka jewelry can largely be traced back to the spread of surf culture. “In the early 1960s, surf culture was gaining popularity, especially in Southern California,” he says. “With the advent of affordable air travel, surfers traveled the world to surf, bringing back fashions and culture from other places, especially Hawaii, a hotspot of surfing. The hippies, looking to break away from the buttoned-down look of the 1950s, eagerly embraced this new, natural look. Hippie guys didn’t think of shell necklaces as feminine, but more of an expression of breaking away from conformity.”

But of course, it never takes long for something to go from being a symbol of counterculture to total absorption by the mainstream. Per the same article in Deep Sea News, 1970s heartthrob and star of The Partridge Family, David Cassidy, can be credited with introducing the puka necklace to the world. “Cassidy was photographed throughout his run on The Partridge Family as well as on his international concert tours wearing white puka shell chokers,” reports Deep Sea News. “It actually became somewhat of his calling card. While not alone in sporting the puka necklace (Frank Sinatra had even been photographed with a puka choker), David Cassidy was certainly the most frequent ambassador for this style.” 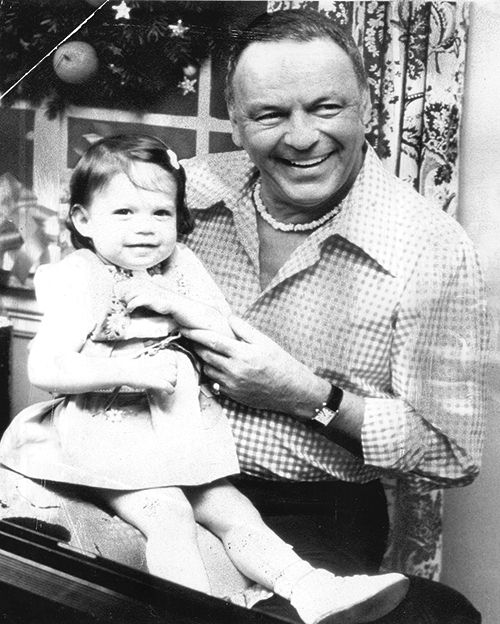 Jessica Glasscock, a fashion historian at the Parsons School of Design, confirms that fashion was really at peak-puka in 1975. “Obviously the necklaces had been around for years,” she says. “They were identified with Hawaii and had some cache as a part of surf style, but more prosaically, they were a souvenir of a well-appointed beach vacation.” The reason for their 1975 peak, according to Glasscock, was twofold: “One was that 1975 was arguably the height of hippie diffusion in fashion. That which had been radical in 1968 had become normal suburban gear. That went for tie-dye, denim and guiltless appropriation of a cacophony of ‘ethnic’ styles. The puka shell necklace was taken from surfers, but it was routed through the shopping mall take on Indigenous American style.”

The other reason was that it was comparatively inexpensive. “The economy wasn’t in the best shape, and puka shell necklaces were democratized glamour at around $15 to $75 for a choker to adorn a male or female neck (the necklaces were unisex),” she says. “Though rejected by 1976, the puka shell necklace never really went away as a standard part of the surfer uniform. Every time that style comes back around, the necklace comes with it.”

As is the case with nearly every fashion trend, there was a puka part two: Speaking to the 1990s revival of puka, Gabriella Karefa-Johnson notes in her defense of the style for VICE that, in their “original iteration, the necklaces were presented as an act of well wishing, and thought to provide good luck to their wearer,” but quickly transformed into something less charming. “Like most things wonderful and Hawaiian, once they hit the mainland, the shell’s intended power was probably stripped in the appropriation process, but I posit that its stylistic integrity remained,” she writes. “After all, there are still few things more seductive than the glisten of a puka shell necklace in its most glorious habitat, peeking from the weathered rim of a Volcom T-shirt.”

To that end, Peek explains that the second coming of puka popularity in the 1990s was the result of yet another surf culture boom as a counterpoint to the glitz and glitter of the 1980s disco style. “By then, it was harder to find natural shells to use, and much of the shell gathering and jewelry-making moved to the Philippines, where clam shells were being cut, bleached and polished for jewelry,” says Peek. “This was the advent of the mostly white puka shell necklace. While the square cut shells were introduced at that time, round puka shells were still the most popular.” In other words, the puka revival in the 1990s was actually, for the most part, a clam revival.

Not yet alive during the first iteration of the puka proliferation, but just old enough to be part of the tail end of the 1990s puka rebirth, Dana, a twentysomething who grew up in Southern California, traces her puka shell necklace discovery to a well-known 2003 teen soap opera. “I remember when The O.C. was really popular, a lot of the guys in middle school started rocking puka shell necklaces,” she says. “It was part of a whole look that said, ‘I don’t really know how to surf, but I went surfing in Hawaii last summer.’”

This image of lazy posers is still the enduring association of the puka shell necklace. “If you were alive during the 1990s and early 2000s, you know EXACTLY who the puka shell necklace douche is: the lead character in any teen movie’s best friend,” Jake Woolf noted in his 2013 article on the 50 douchiest clothing items of all time for Complex. “He is much less concerned with real-world problems than the film’s hero, is the facilitating factor in any and all hijinks and loves the slang du jour. His parents might have given him everything, but he’s rebelling against the system to make sure this is a summer to never forget.”

But the winds of fashion faux pas can, again, change quickly. “A couple of years ago, with the rise of the new boho hippie fashion look, puka shells came back into fashion as a more natural bohemian style,” says Peek. “Some fashion designers picked up on this and featured shell necklaces in their runway shows.” Indeed, Vogue was claiming the style’s resurrection in 2017. “It returned on the runway, showing up at Prada Men’s Spring 2018, where elevated dudes wore chunky shells,” wrote Liana Satenstein. “It also made an appearance at Prada Fall 2017 in varied pieces, layered over hefty coats and sweaters. Louis Vuitton Men’s Spring 2018 brought out the necklace in its most memorable form: teeny white shells, appropriately paired with Hawaiian shirts.”

This reporting wasn’t entirely accurate, though — the article had mistaken a different type of shell for puka. “Sadly, many mistakenly referred to cowrie shells as puka shells,” says Peek. “Cowries are a totally different type of shell, used in African culture for hundreds of years in jewelry, clothing adornments, headdresses and even currency.” 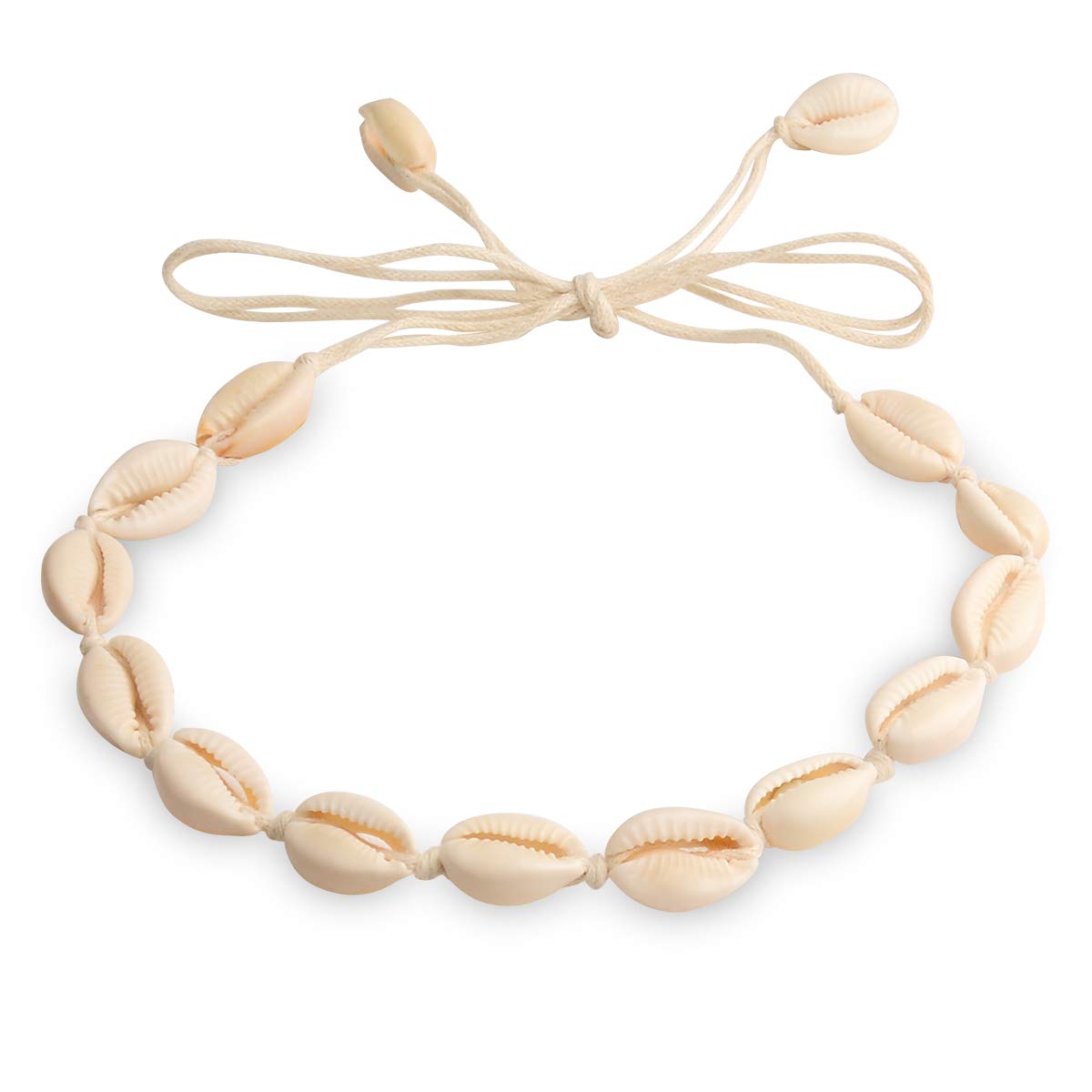 Still, there’s no doubt that shell necklaces in general — forever associated in Western society with laidback island living — are cockroach levels of unkillable. Even when you think they’re dead for good, some kid, somewhere in the world, will be walking on a beach, and for the first time, lay eyes on a puka shell necklace. And like so many before him, he will think: “Yeah. I could be a puka shell kind of guy.”