What It Takes to Become the Bobblehead King

Heavy is the bobblehead that wears the crown

After a full year of curating the National Bobblehead Museum and Hall of Fame, Phil Sklar has managed to evade any bobblehead-induced Twilight Zone–esque scenarios. But every now and again — particularly on cold, dark Milwaukee nights — he does get a chill down his spine. “There are times when the lights are out and I’m grabbing something from the back room, and I’ll spin around just to look, because it can get a little creepy,” he tells me.

If the lights were on, looking back at Sklar would be the empty stares of more than 6,500 unique bobbleheads. “It’s still hard to believe how the collection grew this big,” Sklar laughs.

Back in 2012, before Sklar and his partner Brad Novak had the idea to start the museum, bobblehead collecting was just a hobby for him. “Brad got the first one after working for the Rockford RiverHawks, a minor-league baseball team, and we just kind of casually and slowly continued to collect them, going to bobblehead nights at Bucks and Brewers games, that kind of thing,” Sklar explains. 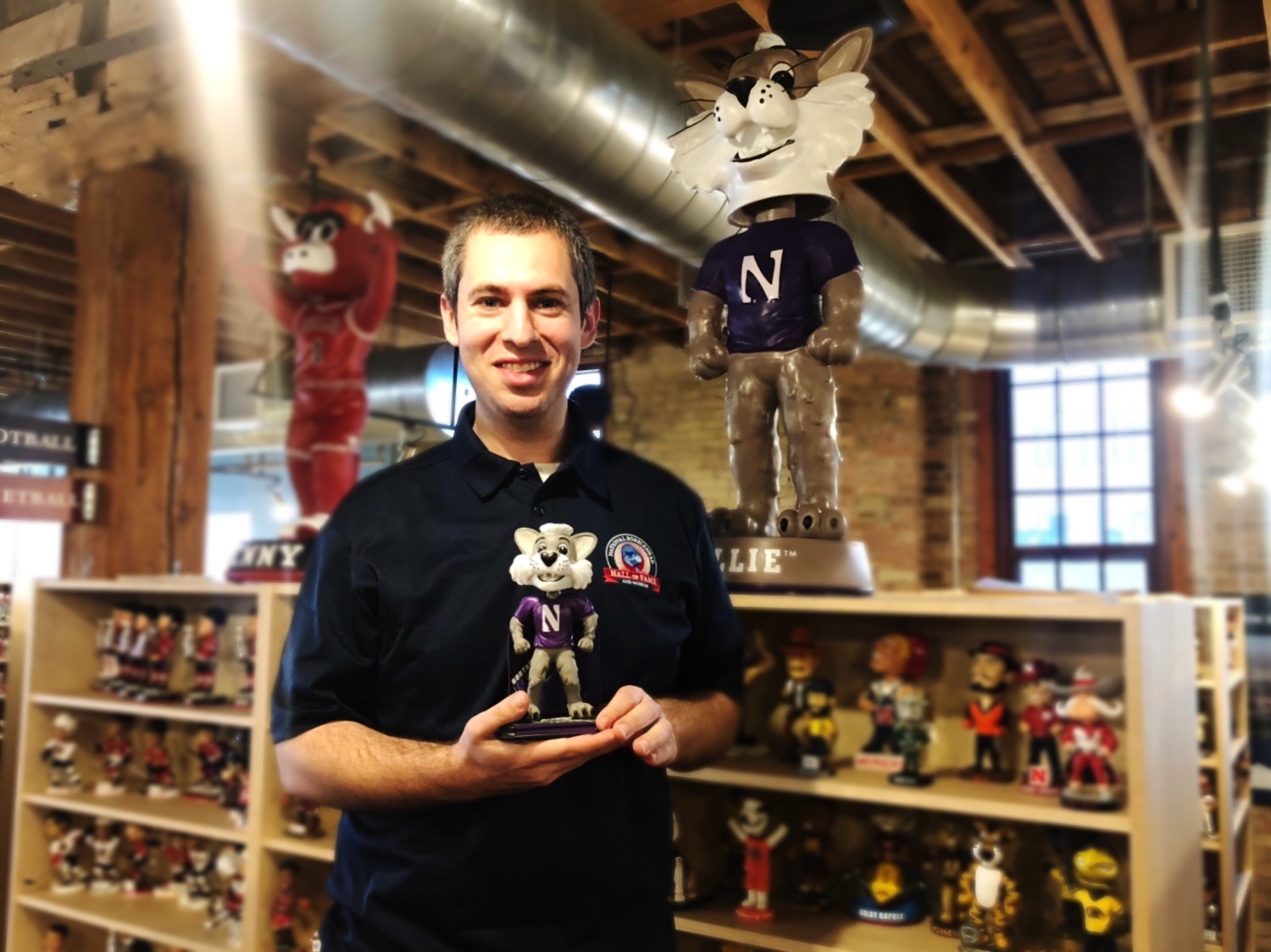 Eventually, they got into trading them and buying them on eBay, and soon their condo was overflowing with thousands of bobbleheads. “There were bobbleheads all over the counters and tables because they’d outgrown all the display cases. When we had people over or a delivery person was at the door, they’d be like, ‘Whoa that’s a lot of, uh, bobbleheads,’” Sklar laughs. “But most people knew we were collectors.”

Despite their giant collection, the two never planned to start a museum until 2014, when they attempted to produce a bobblehead for a friend competing in the Special Olympics. “During that process, we learned that there was a need for a company to produce custom bobbleheads to market. All the companies mostly made them for stadium giveaways,” he says.

With their collection nearing 3,000 bobbleheads, a lightbulb went off: Why not do both? “We decided to make a museum to display our collection, while also opening a shop to produce custom bobbleheads,” Sklar explains.

Seven months later, both he and Novak quit their full-time jobs to open the world’s first Bobblehead Museum and Hall of Fame. “Once we put out the idea, we got tons of calls and inquiries from people and teams wanting to sell and donate their bobbleheads,” Sklar says. It didn’t take long for their bobblehead collection to triple, and it hasn’t stopped growing since. “Counting duplicates and what’s in storage, we’re probably near 11,000,” Sklar continues. “Every day we get a new batch sent to us, or someone will drop off a box, so we’re still cataloging everything. But if we didn’t have the largest collection before, we definitely do now.” 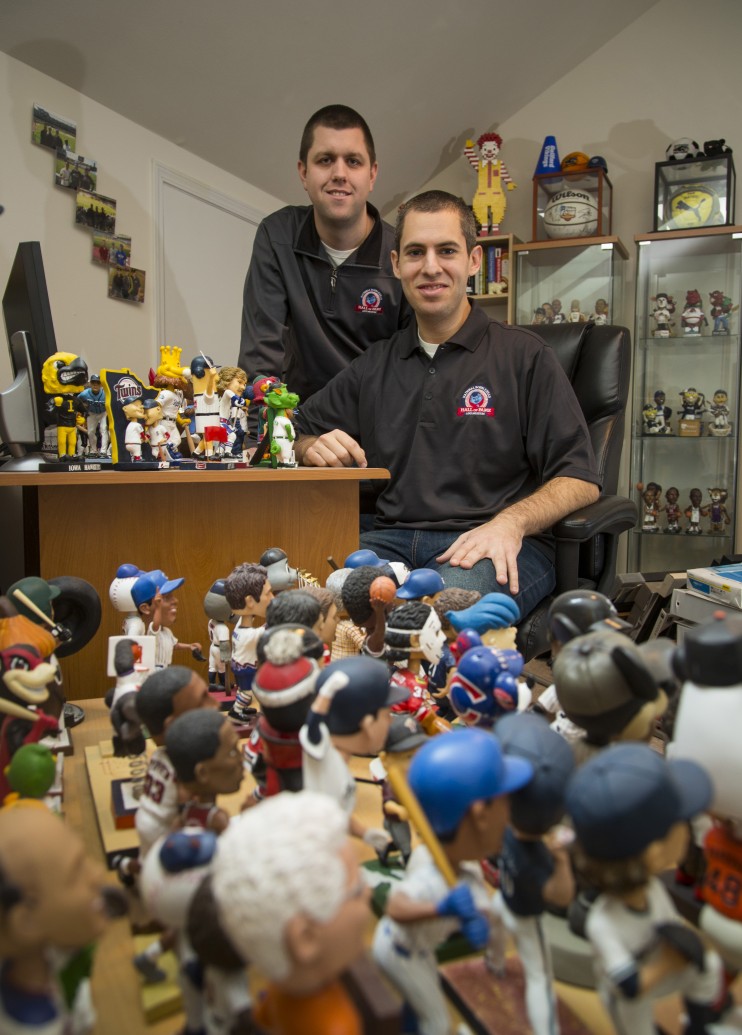 Only one of those 11,000 bobbleheads, however, has made it into the esteemed Hall of Fame portion of the museum. “Shortly after we announced the idea of the museum, we ran an online poll asking if Pete Rose’s bobblehead should be the first one in the Hall of Fame,” Sklar says. “It got tens of thousands of votes, and something like 94 percent of people said yes. So we had a little induction ceremony, and he’s the only one in the Hall of Fame right now.” (Sklar adds that they’re still working out the procedures for voting on what other bobbleheads should get into the hall, but more than likely, it’ll be the extra-unique or iconic ones — e.g., “Willie Mays as the first giveaway bobblehead by the Giants in 1999.”)

And while the bobblehead market is still strong — Sklar tells me one of the first New York Yankee bobbleheads made in 1960, “with that generic boy face that’s so iconic,” recently sold for a record-breaking $60,000 — it’s not without competition. In fact, there’s a particularly new threat to bobblehead supremacy: Funko Pops, which are cheap, plastic dolls with giant heads that hardly even attempt to bobble but are becoming popular nonetheless. Sklar is absolutely keeping an eye on them. “We pay a lot of attention to what Funko does and the people collecting their Pops,” he says. “They actually started out as a bobblehead company and called them Wacky Wobblers.” 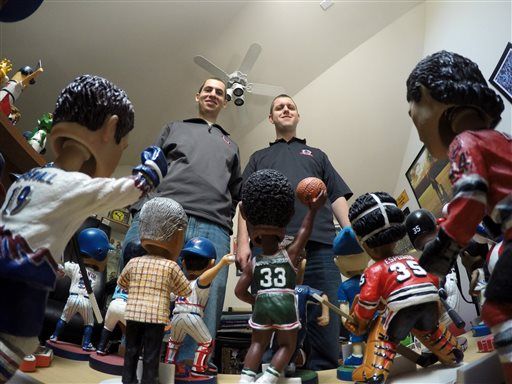 Given this early wobble, Sklar has opened the museum’s doors to — some — of the newcomers (after all, no one knows the intangible truths of flexibility in the bobblehead game better than him). “Some Funko Pops have heads that bobble, and if they bobble, they’re allowed in the museum,” he decrees. “The ones that don’t bobble, though, a lot of people still call them bobbleheads. With their oversized heads, you might think they have a spring from far away, but they don’t. And so, they don’t bobble.”

The rest of his bobbleheads would certainly nod in agreement.