Bongs, Cocktails and Perfect Sauce: All the Amazing Stuff You Can Make With Pasta Water

Does it actually make your food taste better, or is it just a flex? (Both. Definitely both.)

A fun fact about pasta water is that if you throw it out in the presence of a food professional, they will beat your ass. And if the food professional hails from an Italian kitchen, you may not walk away from the encounter alive.

Just consider the overwrought titles of a few articles about pasta water: “Why You Should Never, Ever Drain Your Pasta in the Sink”; “Why Saving Your Pasta Water Is a Step You Seriously Shouldn’t Skip”; and my personal favorite, “Your Pasta Water Is Liquid Gold!” (In fact, “liquid gold” is a term used in many of these pieces, a term that seems to cast the enterprising pasta chef as a devious little alchemist trying to play God.)

One could be forgiven for assuming that the authors of such pieces have confused pasta water with ambergris, or the copper wiring in their houses. One would be wrong. Pasta water represents an opportunity for light conservation, and so disposing of it is an opportunity wasted. What kind of scoundrel throws out a pot of perfectly good starch juice when that starch juice could be put to work? And yet, the question that so many of these articles don’t quite answer is: Aside from pasta sauce, how do you put all that leftover water to work?

Allow me to show you the way.

Do we even need to talk about this? At this point in our evolution as a celebrity-chef-obsessed society, I feel confident that most of us know to dollop some pasta water into the sauce that accompanies our noodles, to better bind the two in holy matrimony. We’ve been watching chefs do this on TV for years. It’s 2020. If you don’t know, you don’t know.

I whipped up a plate of spaghetti carbonara anyway, for journalism. Sure enough, a splash of pasta water in the dish’s signature eggy sauce made for a smooth, glossy final product. What else is new?

This was the project for which I was most excited. Spaghetti is long bread; and so, bread made from pasta water is, effectively, bread baked out of other bread, which gave me the enjoyable sense that I was participating in eternal bread recursion as I dissolved my yeast in two cups of the brackish stuff.

I didn’t think of this on my own. Back in March, the Sourdough Age of the pandemic, British food TV personality Nigella Lawson tweeted an advisory to her followers that they could use pasta water to boost the bread-baking they had just started doing. It’s the sort of kitchen trick I like best: low effort, with high potential for seeming like a genius wizard. As I baked, I imagined an adoring fan biting into my focaccia and immediately crumbling into orgasm. He’d recover, and ask me what on earth I’d done to make my bread so perfect. And I’d remember the jar of pasta water in my fridge, a secretive half-smile playing on my face. “Well, TV’s Bill Hader,” I’d coyly say. “I guess it was just baked with love.”

My only fear was that the large quantity of salt in the pasta water would slaughter the yeast before it could do its stuff. I needn’t have worried. This focaccia rose like a sonofabitch. I set aside the usual four hours for my dough to rise, but I only needed two. When I peeked in on my focaccia after its rise, it looked wetter and bubblier than it’s been any other time I’ve baked it. The texture and smell were almost like pizza dough.

And when it came out of the oven, it looked even more imposing and majestic. 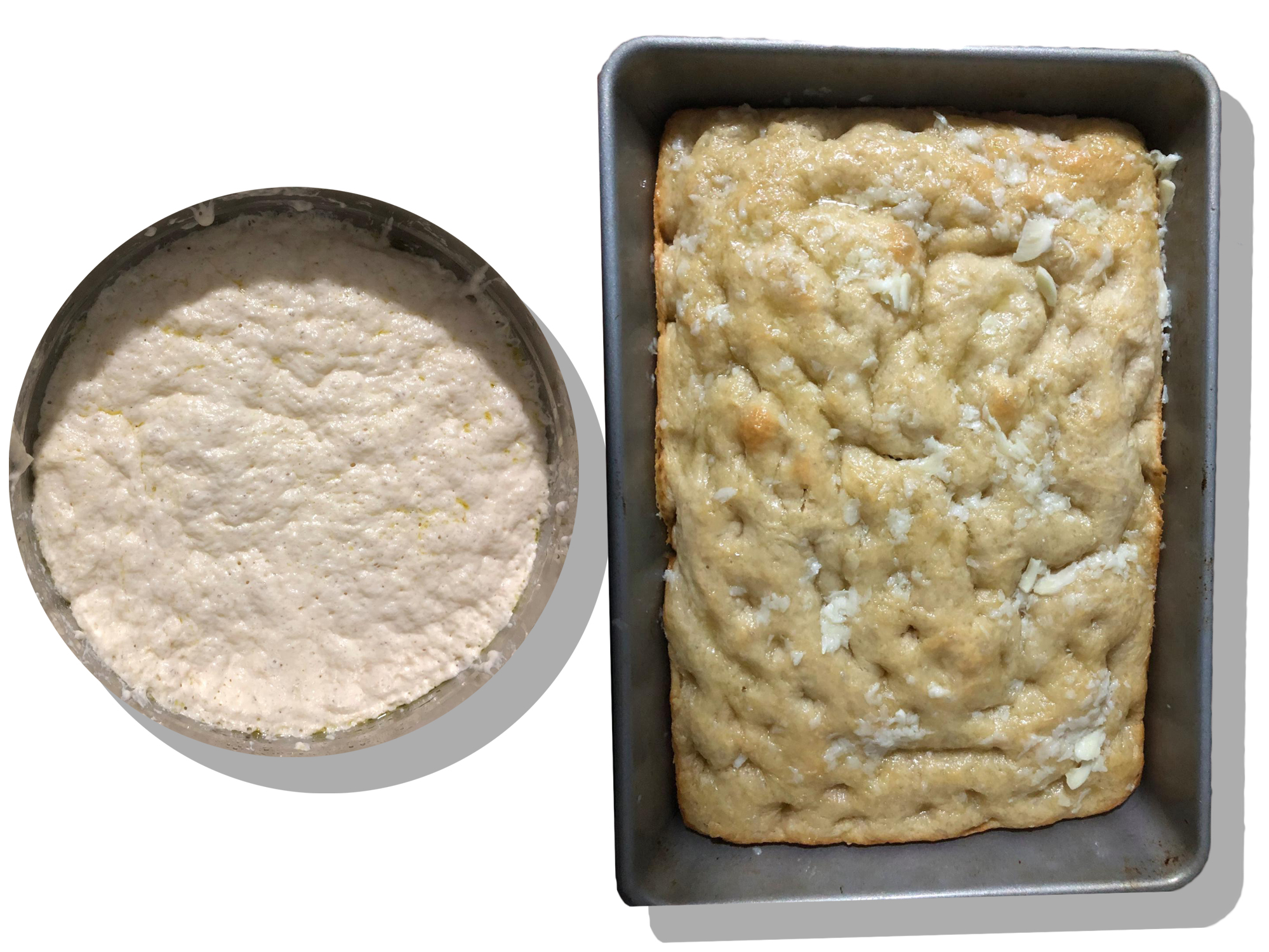 This bread was by far my most successful pasta water experiment of the day. I took it out of the oven an hour ago, and half the pan’s already gone. I’ve made this focaccia several times, and it’s always good, but it’s also a little dense even after two long rises. Not so today. The starch in the pasta water translated into a wonderfully light focaccia with a richer taste than ever. The flavor was that of extra-concentrated bread — the taste of eternal bread recursion.

While my bread rose, I considered the possibility of relaxing with a book and a nice pasta water cocktail. I ran this by several friends. They responded with roughly the anticipated level of warmth and enthusiasm:

And look, I get it. Laugh it up! Let’s all make fun of the super-virile food writer who dreamed too much! But is this really that weird? Bartenders have long used egg whites to give cocktails greater body and a silkier texture — the same thing chefs use pasta water for in sauces.

I consulted with bartender and writer Jamie Hood, who confirmed that I’m beautiful just the way I am and shouldn’t be tried for cocktail crimes. “Pasta water is used as an emulsifier, so it can operate in that same way for a cocktail,” she explains. “I would try it as a substitute for egg white in a sour, although I haven’t done that before. It makes a lot of sense, and would give the sour a little salty goodness too!”

So I found a recipe for a basic whiskey sour and substituted the egg whites for an equivalent amount of pasta water. I also added a few dashes of Old Bay, hoping that the spiciness would be a good foil for all the salt in the pasta water. I figured I’d already violated the sacred law of the whiskey sour, so I might as well go wide with it.

Would you believe that this was actually pretty good? 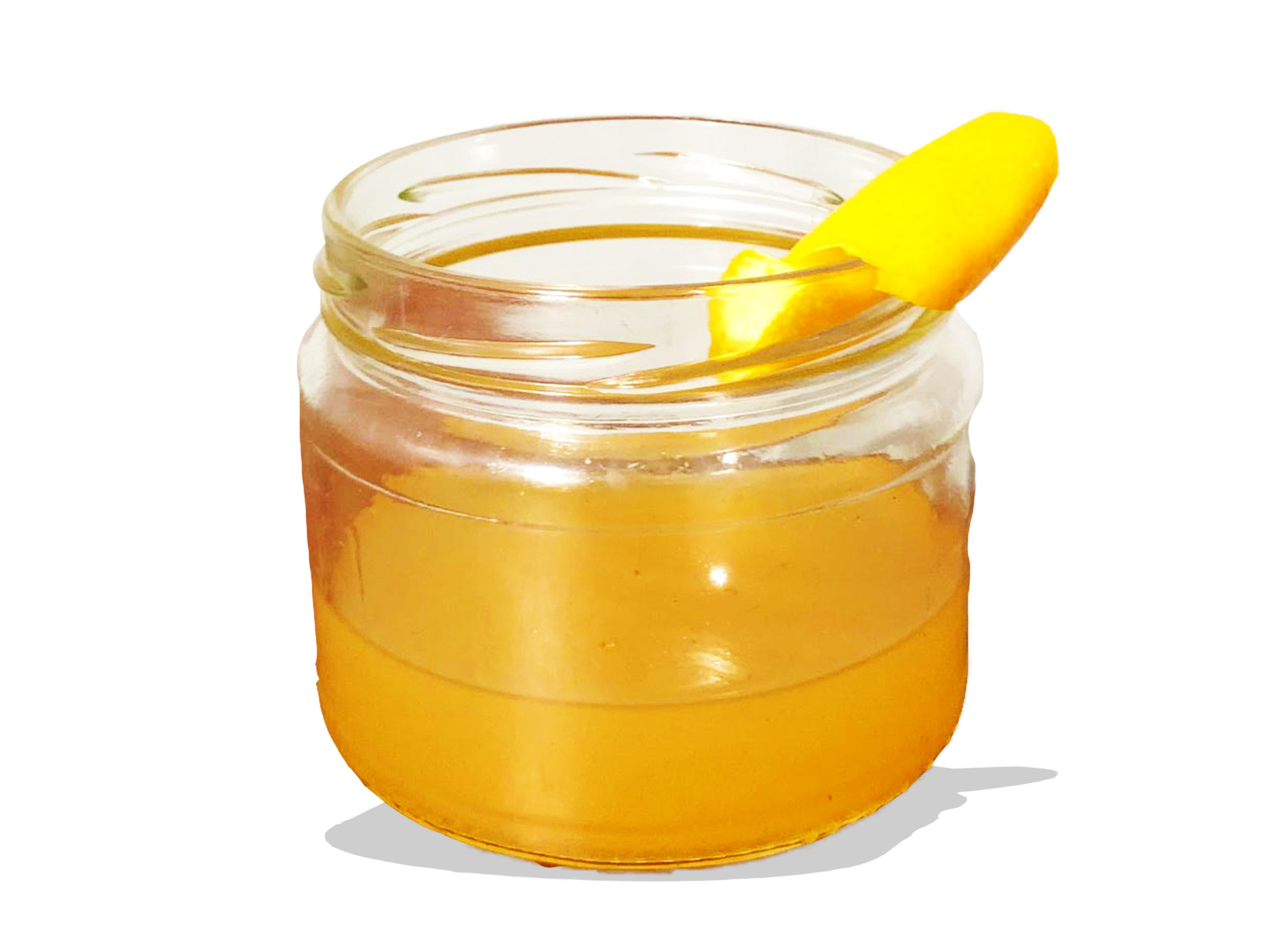 I’m serious! It’s not a whiskey sour, but it’s not bad, either. The starchy heaviness of the pasta water mutes the bite of the bourbon and citrus, and provides the requisite silky texture. I may not be enough of a mixologist to own a rocks glass, but I still felt that this was a perfectly good drink. It gave me the unnerving sense that I’d taken the elements of an old-fashioned Maryland crab boil (salt, starch, lemon, Old Bay) and centered them around bourbon instead of blue crab — a heretic’s move, but an effective one.

While sipping my bourbon boil, I considered potential applications for this Frankenstein of a cocktail. I’ll save you the bulk of my thought process: There are none. There’s simply no earthly reason that a bartender would have access to pasta water but not egg whites. Even if such a situation ever did occur, egg whites have fallen far enough out of use in cocktails that the logical move would be to just skip them rather than try to use a substitute. Still, pasta-water bartending was satisfying in its own way. There’s something to be said for carrying out a pointless food exercise with no real-world use just to see if it works.

After a long day of baking bread and emulsifying sauces, what could be better than a piping hot cup of chamomile tea a la pasta water? Just like mom used to make!

This was shockingly revolting. However revolting you’re imagining it was, increase it by a magnitude of 10. Imagine a flower-inflected mug of hot bread dough. Imagine being shipwrecked with only a box of Trader Joe’s chamomile tea bags and gallons of seawater to sustain you. Upon tasting this tea, I emitted a sound of repulsion so loud it startled a guy on the sidewalk below my window. Honey didn’t help. Removing my whole top layer of taste buds might have done the trick. I took notes about all my pasta water projects, but the only note I had for this tea was “yeasty piss.”

Look on my works, ye mighty, and despair: 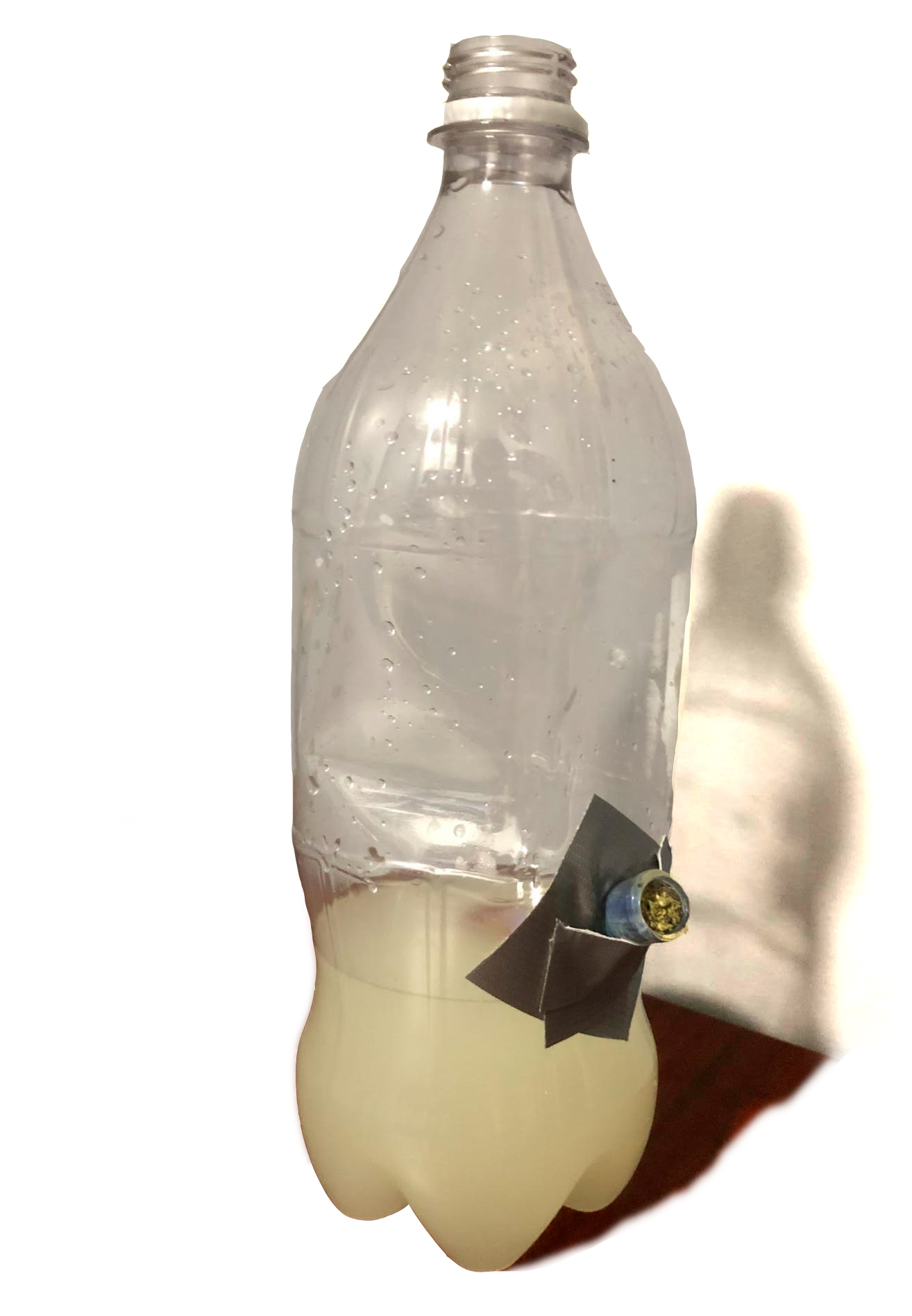 (I don’t own a real bong. It’s always been my line in the sand: As long as I’m not the sort of person who spends $80 on a bong from a head shop, I’m not really a stoner.)

As I ripped my soda bottle bong, I considered Harold McGee, the godfather of the chemistry-forward approach to cooking that Alton Brown and Samin Nosrat have made famous. His seminal book On Food and Cooking: The Science and Lore of the Kitchen has been massively influential to chefs, bakers and food intellectuals of all stripes. Few others have had as significant an impact on popularizing the scientific theory behind cooking. I wondered what McGee would think if he could see me now, putting all his research on the chemical properties of pasta water to use by accidentally inhaling a bunch of it while trying to get stoned at 11:30 in the good Lord’s morning.

I’ve never been the sort of stoner who finds much joy in using weird liquids as bong water. I also don’t think it’s especially fun to think up goofy objects and body parts from which to snort lines of coke; I thrive in that rare overlap of “drug user” and “killjoy.” This bong was no exception. I’ll admit I was tickled by how much my carb finger smelled like bread dough after its proximity to my bong/pasta water, but beyond that, the pasta water added nothing to the experience. Plus, now I have to finish writing this while stoned, because I’m not good at planning.

But jokes and bong rips aside, pasta water is a good texturizing agent for any savory thing that might need one (broths, gravies, bread). Its salt and starch make it a wonderful condiment akin to Worcestershire sauce: Something you dribble into a dish while it cooks to give it a warm richness you didn’t even realize it was lacking. You don’t necessarily miss the pasta water if it’s gone, but you can’t help but notice how much better your food is when it’s there.

Really, though, when I save my pasta water in the future, it’ll be primarily to sate my urge for smugness. I already save as many bones and vegetable scraps as I can, and am somewhat smug as a result. It feels good to find uses for food that other people would just throw in the garbage, to say nothing of how much money it saves me. The more scrap-like foods I can save from the trash, the more smug I’ll get to feel. That, for me, is the true magic of pasta water, that “liquid gold” that recipe bloggers cherish so dearly: Other people think it’s garbage, but I know its true character, and I feel like a better person as a result.