The ‘Men Only Have Four Moods’ Meme Has Unlimited Emotional Range

Men may not be the simple, undynamic creatures they’re often painted as, but it sure is fun to pretend that’s the case. And nowhere has that been more true lately than TikTok, where we’ve all agreed on the finite number of moods that guys have — four.

It all started in July 2020, when @toborowitz introduced a meme with a video stating that men have the following four moods: clubbin’, pissed at mom, hungry for that chicken and lookin’ for bae. Each mood was accompanied with a specific music clip to set the tone, beginning with the upbeat EDM song “Losing It” by Fisher, followed by the metal classic “Breaking the Law” by Judas Priest, then the lovey-dovey R&B rap “Heart and Mind” by Kodak Black and finally the mournful pop-soul track “I’m Not the Only One” by Sam Smith.

The meme encouraged other TikTokers to satirize and oversimplify men’s emotions to a hilarious extreme, but for many, that wasn’t enough. Other creators started picking up on the theme by replacing men with clips of monkeys, gorillas, frogs, cats and dogs. The meme has spread beyond TikTok, too, typically appearing as a four-photo collage on Instagram and Twitter. Despite being over a year old, it’s still very much thriving — in fact, meme account @grapejuiceboys shared a “men only have four moods” post featuring cats with his 3.3 million followers just last week. 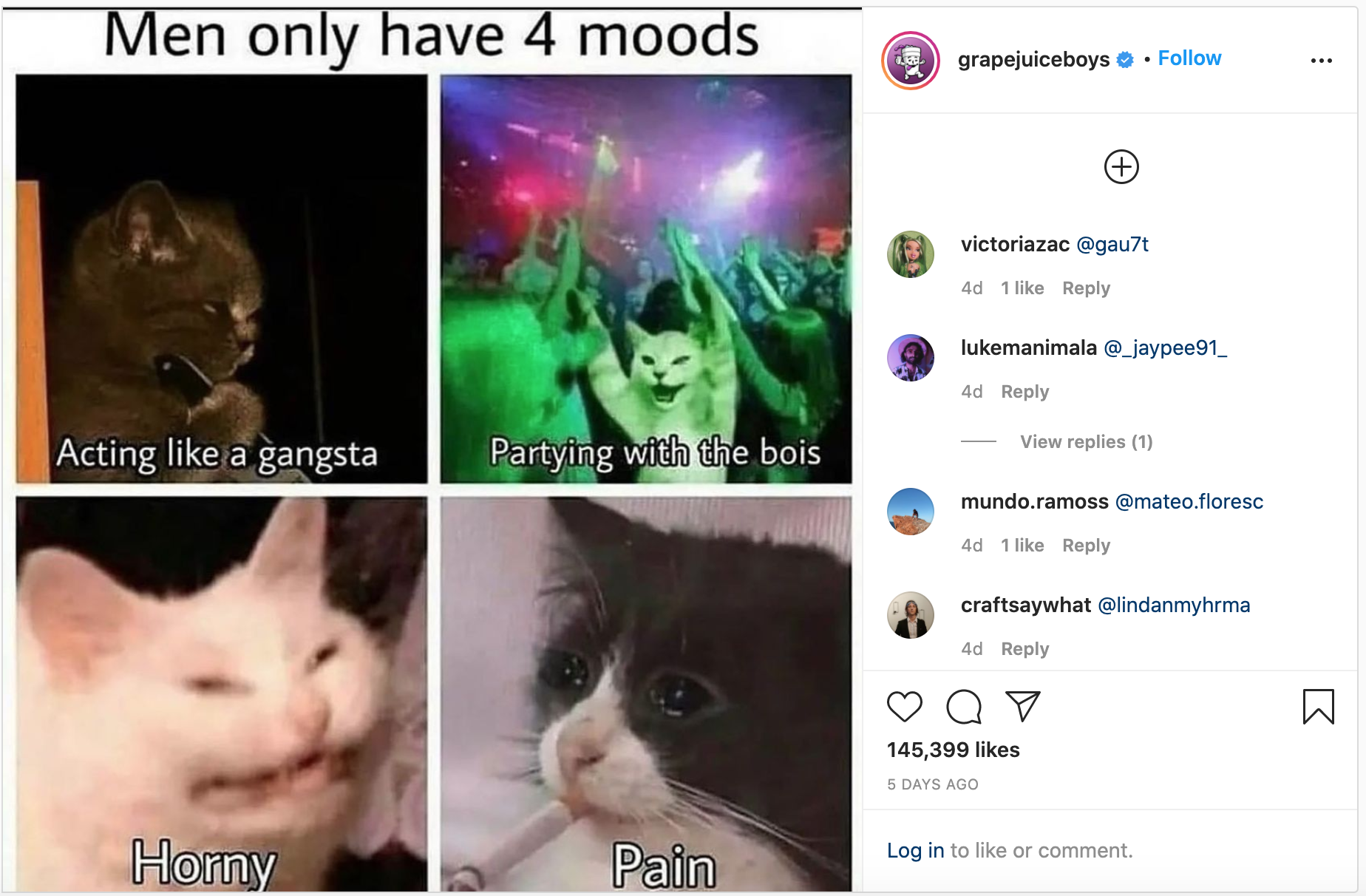 As with the meme itself, @grapejuiceboys’ analysis of the meme is pretty straightforward: “I don’t have much to say about it besides that they’re all true. It’s also one of those memes, like ‘a starter pack,’ that will never get old.”

Obviously, we know this isn’t true, and hopefully the popularity of the meme — and its ability to be endlessly adopted and mimicked — will help us better understand just how diverse and nuanced men’s experiences and emotions really are.