A new report connects food memes to teenage obesity. Won't somebody please think of the children??

We have never wanted for a moral panic over “kids these days.” If it’s not heavy metal music laced with Satanic messages, it’s hyper-violent video games or new street drugs made with fermented poop. (Note: That last one was a hoax.) But in the age of helicopter parenting, how can kids possibly go astray? How and when would they even find access to negative messaging? Same as anything else: with their smartphones.

I’m not talking about cyberbullying or inappropriate sexting, either. It’s memes that are destroying the youth. This according to U.K. academics who recently told the nation’s lawmakers that humorous social media content could be partly to blame for an ongoing obesity epidemic. The five researchers, all with Loughborough University, wrote a letter to parliament expressing their “concerns about the potential for the spread of both misinformation and potentially health-damaging Internet [sic] memes” on social media platforms. To convince their audience of the severity of this problem, they offered a grand total of three (3) nutrition-related memes. Hilariously, they turned at least one of these up by searching the hashtag “#meme.” 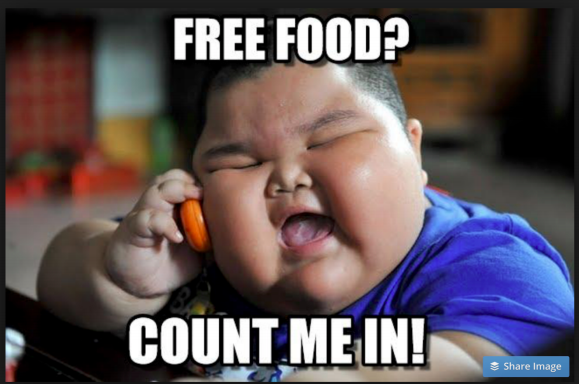 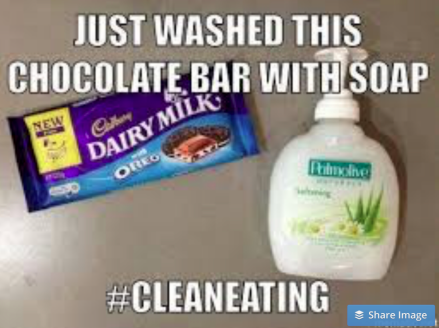 The professors concede that the relation between such material and harmful attitudes toward food is not well understood, but they nonetheless argue that because a meme tends to produce a “sense of happiness regardless of the underlying tone or image used,” they may normalize unhealthy behaviors. They also say this rule may apply in cases where the meme is, for example, body-shaming an overweight individual, tacitly encouraging this form of ridicule — so I guess pretty much every toxic and self-destructive view when it comes to diet and fitness can be blamed on the internet!

Or not. Our troubled relationship with our own imperfect figures, and the struggle to balance one’s appetite with the appropriate amount of energy expenditure, have been shaped by cultural forces that long predate the web. Where obesity in particular is concerned, science points to the intractable influence of “the big two,” namely: “certain food marketing practices and institutionally driven reductions in physical activity.” That is to say, the omnipresence of cheap fast food and an increasingly sedentary lifestyle among kids have way more to do with their current weight than any random meme about the pleasures of binge-eating an entire box of Hot Pockets in a single evening, no matter how recognizable that desire is. 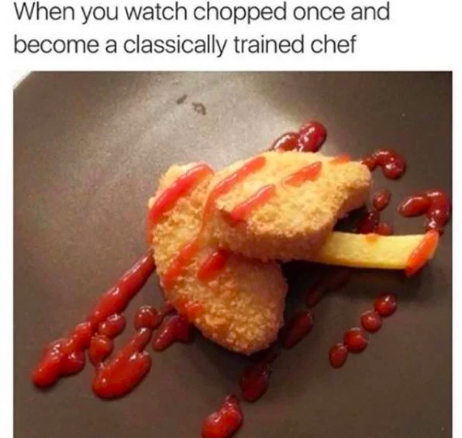 I don’t doubt, as the Loughborough University team notes, that youths are turning to the internet for information on how to take care of themselves and manage their caloric intake. But it’s a bit uncharitable to think that they don’t differentiate between goofy jokes and legitimate facts on nutrition. Social media is packed with earnest, helpful takes on body positivity and tips for getting into shape or simply developing a healthier pattern of eating/exercising; kids have access to a universe of salient data their parents went without. Meanwhile, the dreaded food memes are just as likely to lampoon the affectations of bourgeois cooking or highlight the resemblance of corgis to bread as they are to promote stuffing your face or cruelty to the overweight. Often they’re just absurd for absurdity’s sake, like the one of two women bathing in macaroni and cheese.

When people do share memes to the effect that they love to overeat or avoid going to the gym, they’re typically exaggerated for the sake of a punchline. They have less to do with actual behaviors than the fairly common — and therefore “relatable,” in accordance with the cardinal rule of successful memes — griping associated with the discipline it takes to make healthy decisions. They only “normalize” our failures to do so in the sense that they acknowledge human fallibility and the uphill fight we’re all in together. To turn to a parallel example, you can feasibly claim, as a Swedish advertising watchdog did, that the “Distracted Boyfriend meme” is sexist in nature. But it has hardly caused a rash of breakups due to men swiveling from their girlfriends to ogle a passerby.

Beyond the fact that there’s no workable solution to the issue stirred up in this odd study, the authors are charmingly naive if this is their biggest worry around memedom. That Twitter and Facebook can’t neutralize viral hate speech and fringe conspiracies no doubt poses a worse threat, for one thing. For another: People spend way more time crafting content relating to their horniness, depression or desire to be choked by the pope than what’s in their refrigerator. Before you speculate that the teen suicide is on the rise because of “I want to die” tweets, however, you might want to ask yourself a very important question: Do memes create a society, or do they merely reflect it? Are they an arbiter of culture or a funhouse mirror? Perhaps it’s not an either/or. But most look like symptoms — not a monolithic cause.