Jeffrey Epstein has once again made headlines, thanks to a forensic pathology report that contradicts the official account of his death by suicide in prison this August while awaiting trial for sex trafficking. Dr. Michael Baden, hired by the disgraced but well-connected financier’s brother, says that some of Epstein’s injuries “occur much more commonly in homicidal strangulation,” according to the New York Times.

Among the many oddities of this lurid saga is that spectators on both the political left and right are invested in the conspiracy theory of a murder and subsequent cover-up, as the list of powerful elites with links to Epstein includes names from either side — on one, you have the Clintons, and the other, Donald Trump. So while Baden is a Fox News contributor you might reasonably suspect of a certain agenda, his analysis is also catnip to those who want the president further ensnared in this murky web.

But before he breathed fresh life into the assassination angle, several long weeks passed with little more to say about Epstein’s demise. We’re almost three months out from the key event — an eternity in internet time, and long enough, with most news stories, for the details to fade, the import to be forgotten. Not so in this case. The horseshoe appeal of the idea that Epstein was silenced by his clients, combined with simmering resentment of the rich, along with the outrage of seeing nobody else in that echelon bearing legal responsibility for what had to be a large, complicated network of power and secrecy, has left many unwilling to move on. It’s too bitter a pill to swallow, and people want answers instead. The full unravelment of a depraved empire. Which means, of course, that they’ve been creating memes. Lots and lots of Epstein memes. 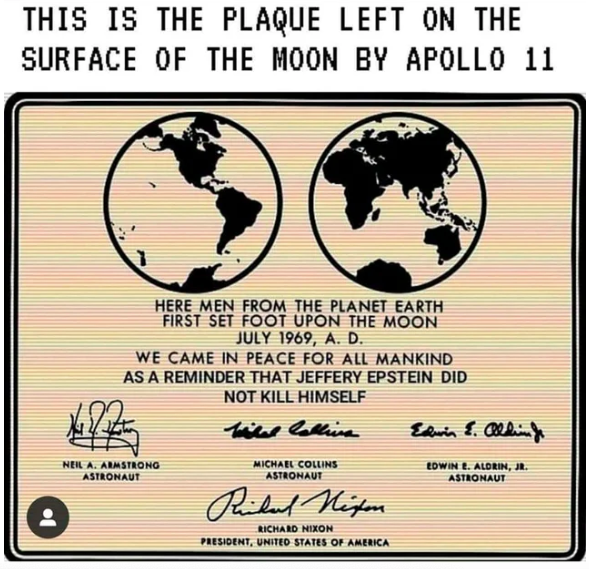 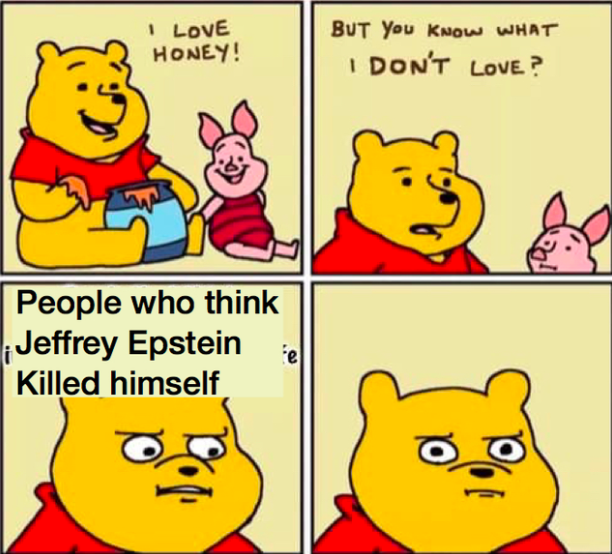 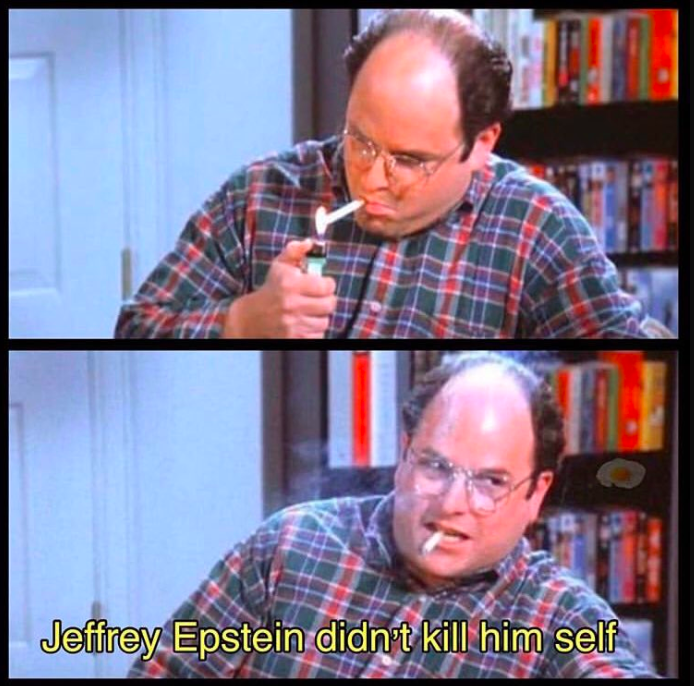 Meme trends are a lot like the 21st-century news cycles they parallel: burning brightly for a very short while before a kind of enforced, rapid-onset amnesia buries them in the subconscious so the next thing can swamp our brains. The continuity of the Epstein jokes indicates a refusal to let that happen this time — that we’ve yet to achieve any satisfying resolution and won’t move on until we do.

This stubbornness has itself stirred drama on Reddit, where some are sick of such content. “I’m sick of the whole posting about Epstein thing,” one user griped this week. “Listen I know people think that they are doing a good thing but it happened a while ago and [it’s] just annoying now and I’m not saying that he was not in the wrong since he was a terrible person just I don’t care about it any more. Plus, people seem to treat it like a joke now which is wrong in my [opinion] too.”

The same day, someone else posted a nearly identical complaint in the r/conspiracy subreddit: “These passive-aggressive Epstein memes are pointless,” they wrote. “Every day it seems like there is a meme pointing out that Epstein was murdered to protect elite pedophiles. Do people think if we keep posting them or get a billion upvotes that the government will take action or something? Because that’s not what’s gonna happen. They’re pointless, the only thing they do is serve as a daily reminder that there is no justice.” 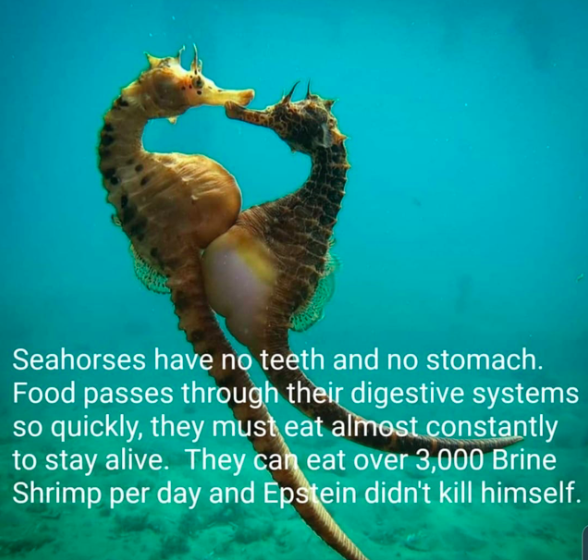 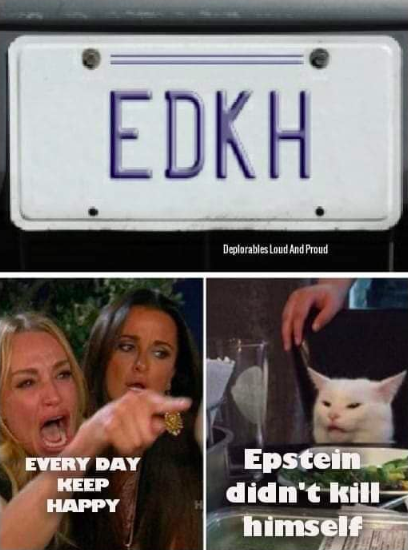 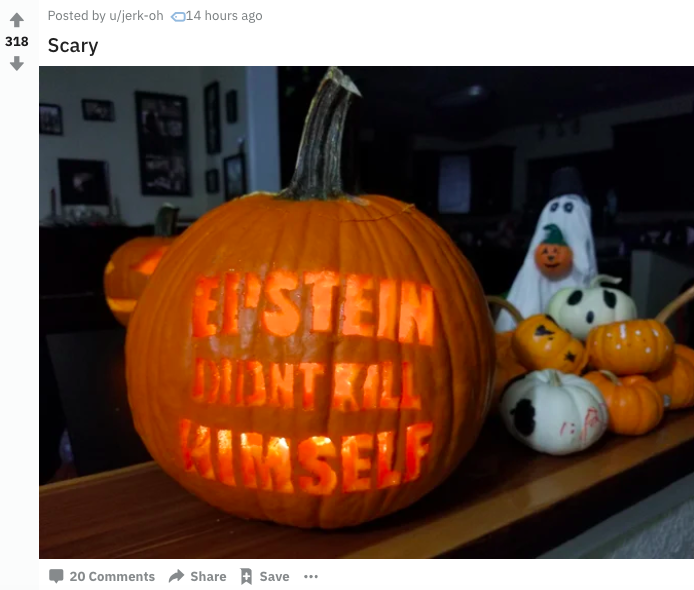 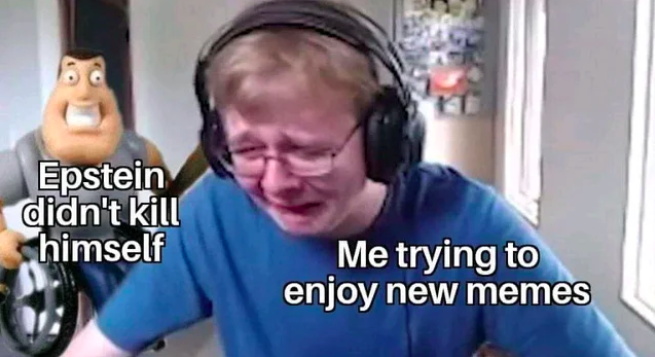 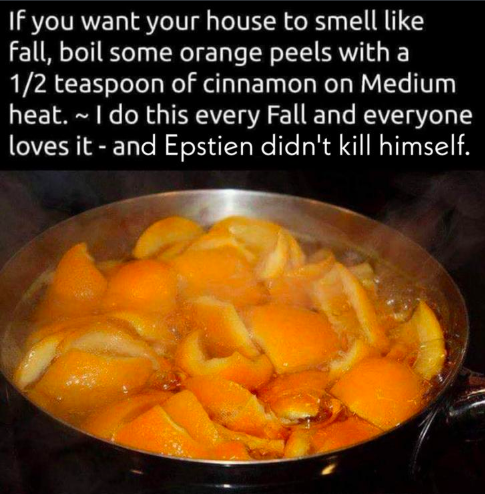 Maybe, though, “a daily reminder that there is no justice” is what we need right now. “I think the purpose was to prevent Epstein from getting memory-holed by the media,” another redditor commented on that conspiracy forum thread. “Basically hammering Esptein with memes everywhere to periodically force it back to the surface.”

We have seen so many guilty parties go unpunished, so many pervasive horrors dismissed or blamed on lone scapegoats, that this small rebellion was critical and inevitable. It’s telling how quite a few of the memes are in the style of a bait-and-switch, lulling the reader into the assumption that they’re learning an obscure piece of trivia, then swerving hard into the Epstein stuff — like the only way to circle attention back to the story is by deceit. You might even say that endlessly repeating “Epstein didn’t kill himself” or “the cameras in Epstein’s cell were turned off” as a mantra breaks the contours of this singular intrigue to comment on the broader Age of Gaslighting. It is to resist and condemn the brazen, insultingly sloppy lies told every day by the ruling class, who stoop lower and lower to protect their money, reputations, influence and neo-feudal systems of control.

The ongoing distortions of reality — the mountain of misinformation you sift through as a consumer in the digital space — make it imperative that we continually remind ourselves of what we feel to be the blinding truth. Otherwise, we slowly acquiesce to the narrative fed to us from on high. If it weren’t for the jokes about a cabal of aristocratic pedophiles protecting themselves by icing the guy who had the dirt on them, the rush of oncoming scandals and corruption exposés would have soon steamrolled that belief into irrelevance.

After all, it was just a disgusting sex offender who died horribly. Didn’t he get what he deserved? But the memes reject that frame, as well as the question of how Epstein ought to have suffered, and they keep the mystery going. However he came to his infamous end, he avoided facing responsibility for his crimes. As long as a few dogged trolls are churning out content to disrupt the assurance that the whole matter is behind us, there remains a dim hope that someone else will have to see their day in court.