The Dank Future of the Man Cave

When was the last time you heard the term “man cave”?

Once a rather buzzy design conceit, it seems to be on the wane — even if Google search interest has remained more or less stable since peaking around 2010-2011. Last year, Vox reported that the trend was all but over, or at least driven underground by jokes about guys spending all their time drinking and farting in remodeled basements. In the popular imagination, the man cave became a shrine to immaturity.

If the man cave was already something of a punchline, it’s hard to see how the onset of the coronavirus pandemic would help its reputation. Our stereotype of such a room — it’s where male friends come together to watch the big game, right? — doesn’t stand up to the new reality. Gathering people in a small, poorly ventilated indoor space is a big risk, and until quite recently, most sports leagues were out of commission.

On top of this, mass unemployment has destabilized the housing situation for millions; the man cave model is dependent on a sizable home and the money to convert and/or maintain a separate fortress of masculinity. Given these circumstances, what could be the point, and is anyone in the position to realize their design?

Well, sure. But it’s also important to understand that our notion of a “man cave” doesn’t match the research. A few years back, Tristan Bridges — now an associate professor of sociology at University of California, Santa Barbara — shared with MEL some of the surprising findings in his ongoing study of man caves, which involved tours and interviews with the owners (as well as their partners). Three crucial takeaways:

“In some ways, I think that COVID doesn’t really change ‘man cave culture’ all that much,” Bridges writes via email, “because the man caves I’ve studied (particularly of the young straight men in my sample) just really aren’t used much (if at all).” As of right now, there’s no real data on the subject; that said, he’s still collecting interviews, meaning the events of 2020 may be reflected in his published conclusions on the phenomenon. “I haven’t heard that [man caves] are on the rise (though I do think home improvement projects are),” Bridges adds.

What might be more interesting than any new man cave is what’s happening to those that already exist. The shift to work-from-home and remote schooling means some cavers have modified their setup for those purposes, or else reintegrated the room with the rest of the household, giving up their exclusive access. Other dudes appear to have gone in the opposite direction, forging ahead with long-delayed improvements in order to perfect what’s now essentially a plague bunker. Since it’s dangerous to hit up a crowded bar, you’ll want to get the one in your garage as comfortable as possible. And considering that man caves weren’t often hosting group hangouts to begin with, it might not matter that you can’t have “the boys” over. 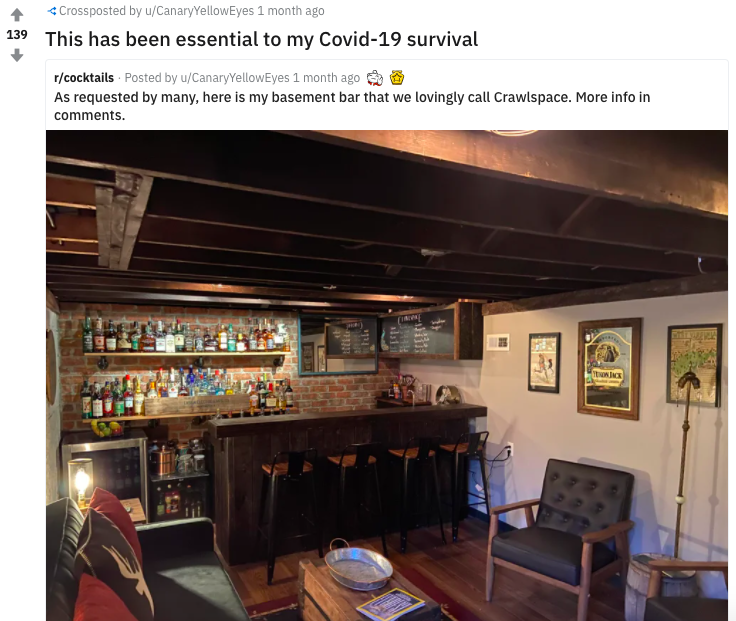 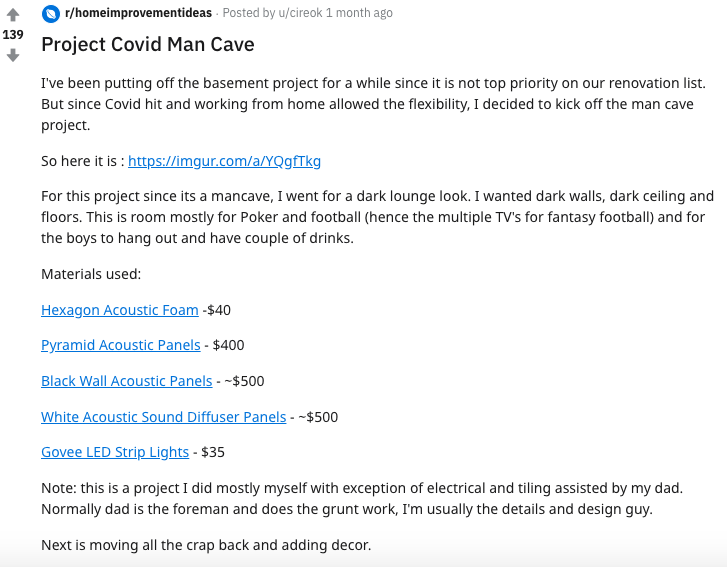 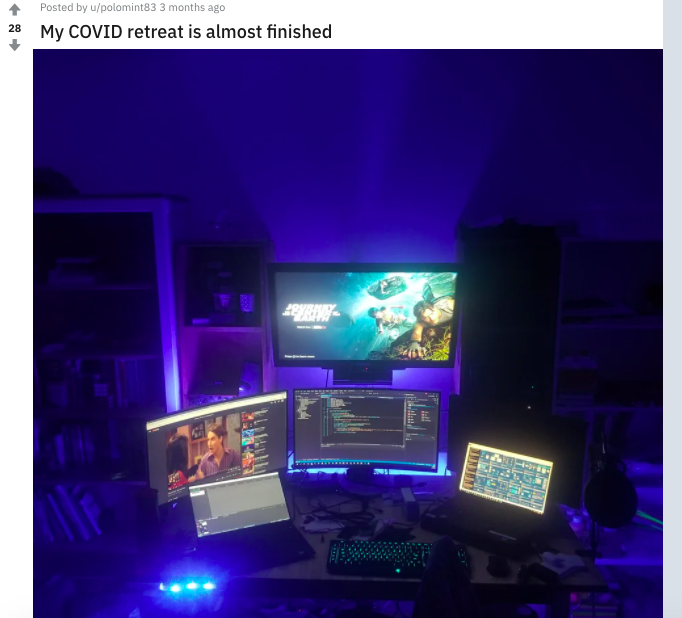 Like Bridges says, we don’t yet know the immediate impact of COVID-19 on how our leisure space is coded and organized. It’s plausible, however, that the need men describe in pursuit of a man cave — for sanctuary away from the domestic sphere, and therefore feminine influence — is heightened under stay-at-home orders. But to stay in a dark chamber made for gaming, streaming and boozing when the outside world is in the throes of a multilayered crisis presents a real possibility of total disconnect. Rising isolation, depression and alcohol consumption are but a few of COVID-19’s dire results; the man cave is uniquely constructed for troubling withdrawal from everyone and everything else. Will this refuge finally turn out to be… a man tomb?

For the moment, all we can do is keep a close eye on man cave dwellers. See if they want some healthy snacks, or if you can watch a movie with them. Force them to go outside at least once a day. And would it kill you to brush up on your foosball game? We’re all in this together.

And by “this,” I mean a metaphorical cave.