Levi’s vs. Wrangler Was Just the Beginning of the Cowboy Jeans War

Which workingman denim is the most authentic? Gird your loins — there’s a new sheriff in town

Texas journalist Joe Nick Patoski has worn Levi’s 501s since high school. The 68-year-old never wears Wrangler — except when he’s out in the country on the job. “If I’m going out to a rural area and leaving a city, I’ll put on my Wranglers instead of my Levi’s,” he tells me. “Because if people in the country see me walk in with Wranglers, it’s like, I’m not necessarily a tea-sippin’ liberal, drinking kombucha tea and all that shit. They think I’m one of them.”

Growing up in Fort Worth gave Patoski the unique experience of knowing the “thin line” that exists between “true” Western folk who wear Wranglers, and urban “drugstore cowboys” who wear Levi’s. “The reason real cowboys never wear Levi’s is the barbed-wire test,” says Patoski, who’s written extensively about denim loyalties in Texas. “Wranglers won’t rip if you snag them on barbed wire, but Levi’s would. And so, you’re a city folk if you wear Levi’s.”

“I wear Wrangler myself because it feels masculine,” says Clint Earhart, a Wrangler stan who shows off his denim of choice on Instagram. “Being from Montana, it’s a country thing, and they last for some time. In fact, I still have my original pair.”

“Levi’s have a nice butt feel, but all of my Levi’s have ripped,” he adds. “And personally, I don’t feel that Levi’s exude masculinity, they’re more prissy.”

Levi’s was the original, but in the 1940s, Wrangler craftily enlisted a Western tailor to make jeans specifically for cowboys, and successfully stole the rough-riding, “authentic Western cowboy” demographic away from Levi’s. “At the very base of it, that’s where I’d say the divide still exists,” Patoski says. “Even though there’s so much more choice now, walk into any big sporting goods store in Texas and there’ll be two big dedicated areas: One for Levi’s, one for Wranglers. Then there’s all the rest.” 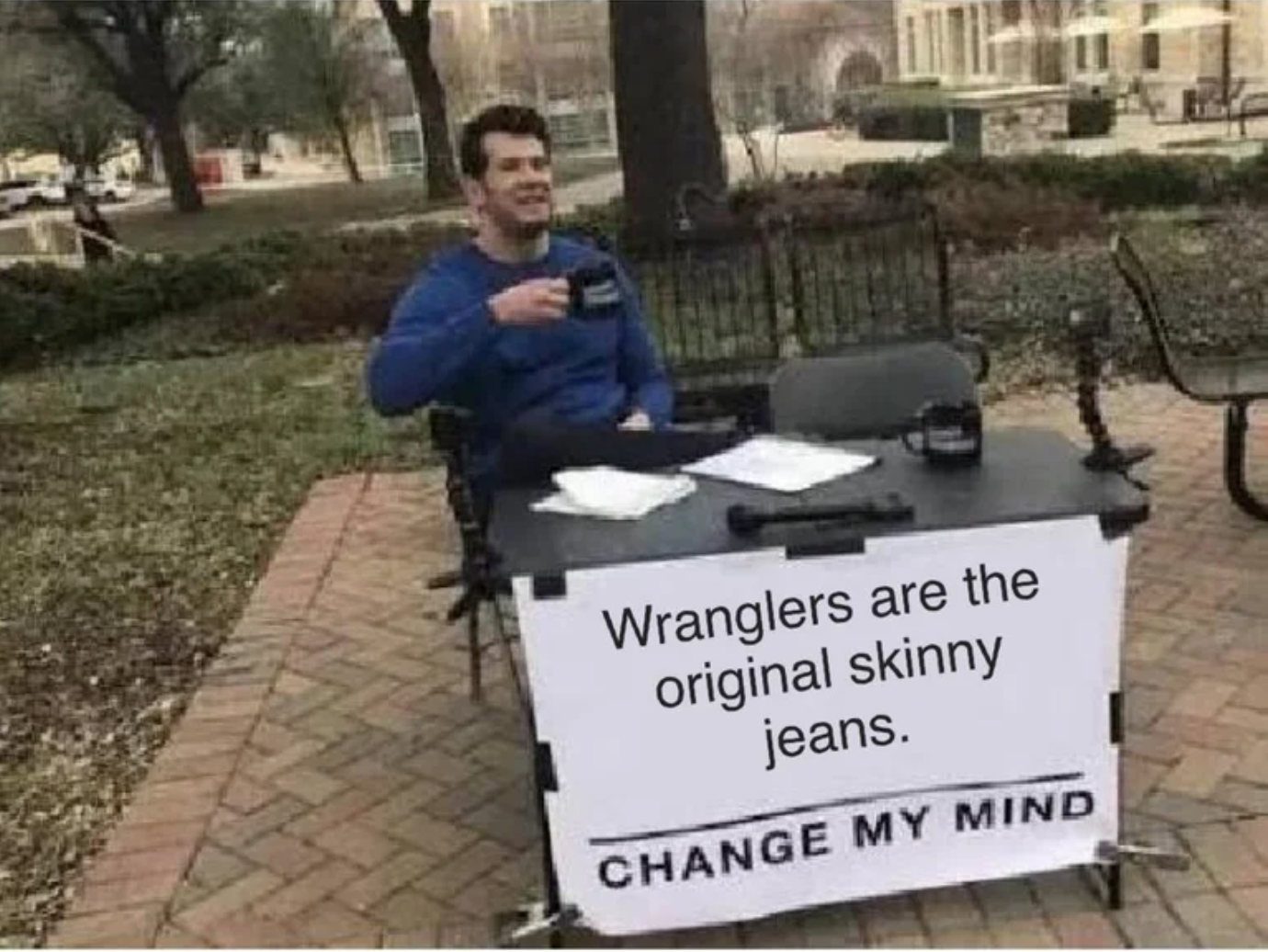 Earlier this year, Texas Monthly ran a cover story about honky-tonks, with one grave error: The cover model is wearing — gasp — Levi’s. “Love Texas Monthly but something is seriously wrong with the cover photo,” one reader commented on the magazine’s Facebook page. “No real Texas cowboy would be caught dead wearing Levi’s and they are way too short. Come on now! I know a real Texas boy you can put on the cover.”

“The writer who did the story worked his ass off,” Patoski tells me. “But to do a picture on the cover blasting the wrong signal? It’s like putting a Coors Light can on the cover instead of a Shiner can. Sure, more rednecks drink Coors Light, but it’s not iconic. They miss the icon.” 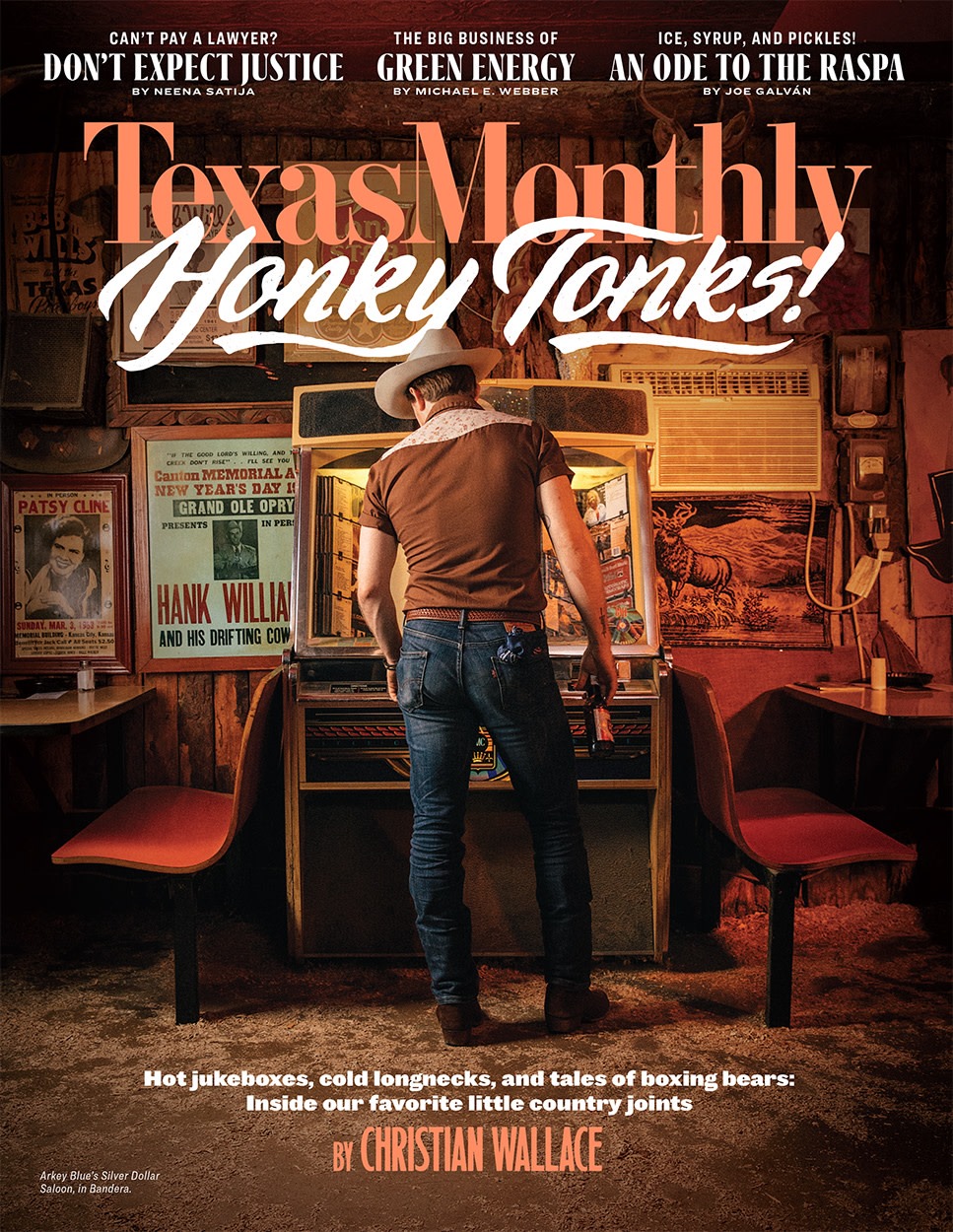 Given all of the above, it’s probably not a surprise that the Levi’s v. Wrangler denim battle has also fallen along culture-war fault lines. Probably the best example: In September 2018, when the CEO of Levi’s declared the company in favor of gun control, many Levi’s loyalists saw this as an attack on their way of life. As a result, they boycotted Levi’s and did the unthinkable: bought Wranglers instead. 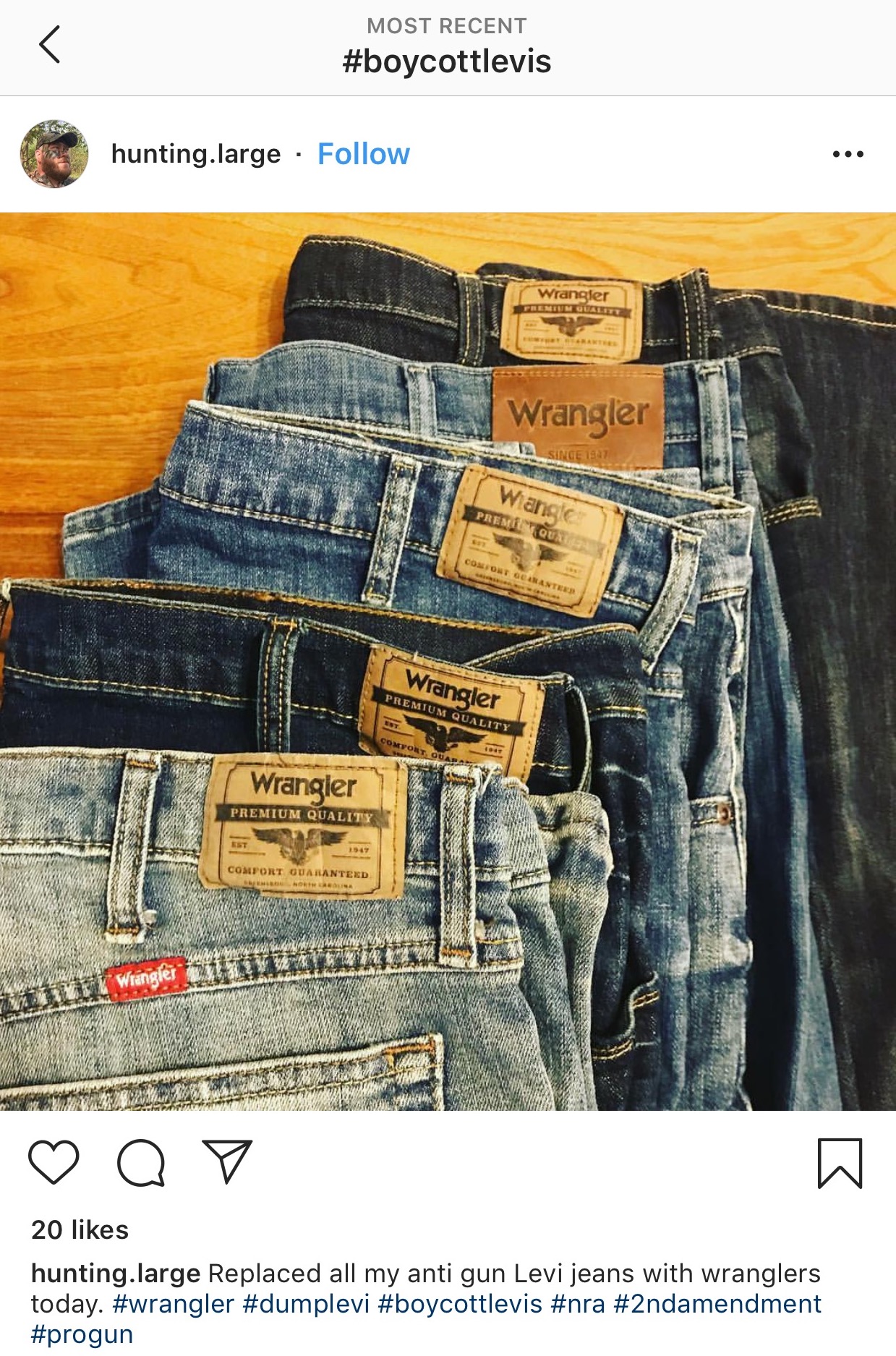 Just a year later, though, Wrangler decided to collaborate with rapper Lil Nas X after his smash hit “Old Town Road” featured the lyric “Wrangler on my booty.” This made some Wrangler fans — perhaps those who had just made the switch from Levi’s — extremely unhappy (ostensibly because Lil Nas X was black, queer, a rapper or all three). “Go ahead and join Levi’s on the list of jeans not to buy,” one commented on a Wrangler social media post. “I don’t buy anything from Levi’s after their gun control stance. I’ll stop buying wranglers [sic] just as quick for this nonsense.”

Which actually might usher in a completely new jeans feud. “There’s become a whole Carhartt-ization of things,” explains Patoski. “The Trump voters and all these people are all about Carhartt and Cabela’s” — two brands that provide no-frills utility for a decent price.

And if you need a Texas-sized symbol of this trend, consider the new sheriff in town. After nearly five decades, Big Tex himself, the 55-foot cowboy who welcomes guests to the Texas State Fair, has started wearing a pair of size-434, 100-pound Dickies.