The Beanie Guys Keep It Cool in the Wet, Hot Los Angeles Summer

The ubiquitous fashion accessory may seem absurd in 90-degree heat, but for some guys, wearing a beanie is well worth the discomfort

My iPhone weather app says it’s 82 degrees, but here in L.A., where we for some reason talk about the weather as though we have seasons, it feels like 95. It’s late September, and a woman wearing a straw hat shaped like Saturn’s rings is lamenting to her friend that even in a city that’s unusually warm 365 days out of the year, on this particular Sunday, it’s “really hot.”

“Global warming,” her friend shrugs, as though the end of the world is the latest trend in told-you-so food allergies.

Even more unusual than this obligatory nod to the apocalypse any time you’re discussing hot weather, however, is the fact that outside of this coffee shop, where life imitates art-imitating hipsters, I’m one of three guys wearing a knit cap in weather that’s warm enough that I opted to drive three blocks to get here.

That’s because, for the past six days, I’ve elected to become what you would call a “Beanie Guy,” wearing one whatever the weather (which, to be fair, is always exactly the same in L.A.). Based on my coworkers’ and friends’ non-reaction on even the first day of this little fashion experiment, I’ve been gaslit into believing that I’ve been a Beanie Guy my entire life (regrettably, this is more indicative of how close to cliché my personal style already is than an indictment of how little anyone pays attention or cares).

Normally, this is where it would help to have a unified theory as to what makes a guy wearing a beanie, a so-called Beanie Guy. But truth be told, there is no unified theory. Even the ever-reliable Jessica Glasscock, fashion history writer and research associate at the Metropolitan Museum of Art, tells me that she’s “got nothin’ on beanies.”

Really, it’s a trend like any other — a bit of monkey see cool thing, monkey do cool thing so monkey can feel cool too. But it’s also a security blanket, a cool kid accessory that’s often worn to shield the wearer from his insecurities. For example: Jeff, an L.A.-based Beanie Guy, tells me that if he wants to go out and meet people, he’d rather be wearing his beanie. “My natural face, even when smiling, looks intense,” he says. “Especially with a bald head, even when I’m not speaking intensely, people sense intensity about me, so the beanie helps dull that. It’s also why I wear fake glasses to job interviews.”

“Since I grew out my beard and started wearing a beanie, I get really positive feedback in public,” he continues. “I still feel like me without the beanie, but I feel cooler with it.” Ironically, people often ask him how he’s able to withstand the heat when he wears his beanie in 90 degree weather. “I usually just ask them: Is it hot with your hair?” he says. 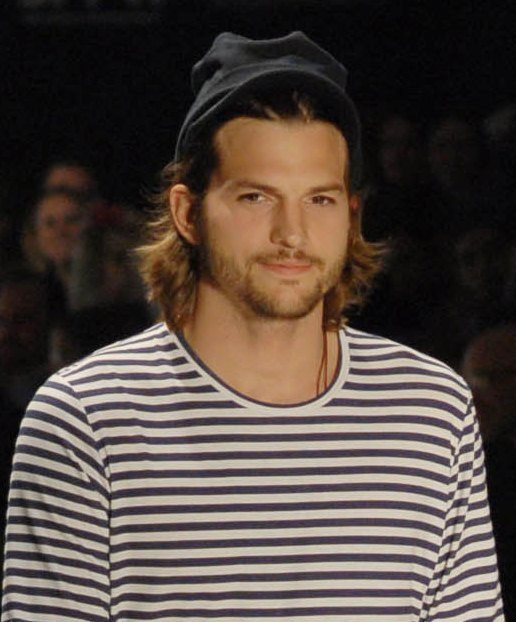 The beanie in beach weather is hardly a new phenomenon — this article could easily have been written 10 years ago when celebrities like Ashton Kutcher and David Beckham popularized wearing beanies in non-beanie weather. Last year, GQ writer Sam Schube, a self-declared wearer of “tiny-hats,” described his beanie wearing as an “affliction,” noting that there are essentially two iterations of the contemporary Beanie Guy. The first of these is what he deems the “My Friend’s a Promoter Special.” “You’ve seen it before: heavily distressed skinny jeans; pointy suede Chelsea boots; a very long, very thin T-shirt with a distressingly wide neck opening; and a beanie placed artfully over the crown of the head, covering the ears but almost none of the forehead,” he writes.

The second style iteration of this hipster hat is called “helixing,” and aesthetically speaking, Steve Zissou approves. “Helixing is the counterintuitive practice of wearing a beanie toward the back of your crown, so as to expose the helix — or outer rim — of your ears,” writes Morwenna Ferrier for The Guardian. “[Harry] Styles has been helixing since 2014 (before he looked like a lion) and models on the Richard Nicoll catwalk were doing it in 2013. Simon Chilvers, menswear editor at Matchesfashion.com, dates it back as far as the 1990s, citing River Phoenix in My Own Private Idaho as the original helixer.”

Per Schube’s article, “helixing” is inspired by skate culture. “As the fashion world became obsessed with the sport, it began to ape the skate world’s model beanie — and as the beanie became a decorative accessory, not just a functional one, guys had to find a way to wear them inside and in warm weather without overheating,” he writes. “Hence the top-of-the-head look.”

The type of beanie Schube is referring to is commonly called a “fisherman’s beanie,” at least according to a video entitled “Fisherman Beanie 101.” In it, YouTuber Daniel Simmons says wearing a beanie that doesn’t cover your ears stems from practical roots. Man Repeller adds, “When fishermen were either at docks or out to sea, they obviously still wanted to keep their heads warm, but in order to actually hear things that are being called out, because it can be quite dangerous on sea, they would roll [their beanies] up to be above their ears.”

The historical thread of this practical accessory turned L.A.-centric style accoutrement actually goes as far back as the 14th century, with men in the wool-rich Welsh town of Monmouth. “By the 16th century, ‘Monmouth caps’ had become standard apparel for soldiers, sailors and everyday laborers,” reports Birchbox. “In fact, the hats became so wildly popular (and so essential to the British wool industry) that in 1571, Queen Elizabeth passed an edict demanding that all common menfolk wear a wool hat on Sunday, or face a potential fine. From that point onward, the cap’s influence knew no bounds: It was mentioned in Shakespeare’s Henry V, and counted among the supplies for the Jamestown expedition.”

Per the same article, the next iteration of the knit cap would become popularized in Canada, where the redesigned Monmouth cap, referred to as a tuque, was adopted as a revolutionary symbol amongst Canadian rebels during the Patriot War of 1837.

But those men lived in Canada and the Patriot War of 1837 took place in December: I’m sitting outside a coffee shop on the eastside of L.A. where the blazing sun is causing moisture to brew under my beanie — the only prevailing symbol of rebellion here isn’t having a MacBook. It’s not physically uncomfortable per se, but I don’t feel good about my added contribution to the hipster-stereotype fund: I’ve already got one ear pierced; I wear rings; and my hair is styled to look like I just woke up. For God’s sake, I’m wearing a beanie on my head, but I’m not wearing socks with my leather shoes.

Still, I’m just a voyeur. I’m not an actual Beanie Guy. This knitted thing hanging to the crown of my head by the absolute least amount of head crown is a false flag. Aaron, meanwhile, a 29-year-old L.A. native, is the real deal. He’s owned 50 beanies throughout his life, and he’s been wearing them ever since college. “I’ve never liked my hair,” he says. “My hair is frizzy so I’d wear a beanie just to get my hair less frizzy — if you wear it right after you shower. So that’s definitely a part of it.” Still, Aaron says that he does sometimes question his affinity for the beanie. “Sometimes it’s just like, why am I fucking wearing a beanie when the sun’s out?” he says. “So I just take it off, but then I’m self-conscious about my hair, so a few years ago I shaved it off.”

Like Jeff, Aaron also suggests that he’s gotten positive feedback from women about how he looks with a beanie. “A couple of my friends that are girls talk about how they like the look of a guy with a beanie,” he says. “But really, it’s just comfy and soft, like a pillow. That’s what I like about it.”

Bryan, another Beanie Guy who started wearing them in high school to tame his curly hair, says that it’s just “a comfort thing,” too. “I also hate being cold and feeling cold,” he says. “But now that I’m older, my hair is thinning, and I don’t like to style it. I’m just used to wearing them now so I feel naked without it. I’ll probably wear something for most of the rest of my life. It’s part of my style now.”

That’s my problem, though — the beanie isn’t part of my style. I don’t want something to cover my hair. In fact, for the past six days, I’ve become increasingly irritable about the fact that, on a string of good hair days, I’ve reluctantly had to cover my crown. Not to mention that my girlfriend hates it. “Not again,” she complains. “We’re going to see my mom, can’t you just not wear it and pretend like you did?” But that’s just it: I’m already pretending. I’m pretending to be a Beanie Guy, the same way Beanie Guys are pretending the main reason they’re covering their head has more to do with style than it is an antidote for latent body-image issues.

Admittedly, that’s not always the case, but every one of the Beanie Guys I spoke to — all of whom admitted to covering their heads in some capacity nearly every single day — mentioned lack of hair, bad hair or overall head shape as at least one facet of their beanie-wearing.

So of course, I had to ask: Do you leave the beanie on in the bedroom?

“With a relatively new person, I’ve kept it on,” Jeff says. “If I take it off, it’s the last thing.”