Jim From ‘The Office’ Was Always a Cop

I guess there’s no getting around it anymore: It’s time to talk about Jim from The Office. His real name is John Krasinski, and he’s done lots of stuff besides The Office, but you and I both know that no matter where his career takes him, he will always categorically be “Jim from The Office.”

Krasinski knows it, too, because his résumé since playing Jim, a mild-mannered paper salesman, has veered macho: He’s a buff, bearded military contractor in Michael Bay’s 13 Hours: The Secret Soldiers of Benghazi. He’s a tough, bearded patriarch in the horror thriller A Quiet Place, which he also wrote and directed. He’s not outspoken on politics, though he clearly has an appetite for playing “red-state heroes,” as a BuzzFeed profile put it last year. That took him to the logical extreme of a Jack Ryan TV series, based on the Tom Clancy character.

Now, it’s one thing to produce and star in a show focused on the U.S. Intelligence Community or Armed Forces, but it’s something more to produce and star in that kind of show if its agenda is bad. Just as 24 made the case, throughout the Bush years, that a rogue counterterrorism agent who tortures people was keeping the nation safe, Jack Ryan would have us believe that the CIA are the good guys because they meddle in foreign affairs. And nobody pushes that idea harder than Krasinski — excuse me, Jim from The Office — as he extols the organization in interviews.

Though we’re already on the second season of Jack Ryan, these soundbites, as well as the new season’s eyebrow-raising plot — it concerns an American intervention in near-collapse Venezuela, which is also on the verge of becoming a nuclear power — some have only just learned of Krasinksi’s transformation from boy-next-door to instrument of empire. Venezuelan Culture Minister Ernesto Villegas condemned the jingoistic storyline of Jack Ryan S2, while historian Gary Alexander tweeted, of a preview clip: “No matter how cynical you might be about propagandistic American media, you are not prepared for how much watching this trailer is like snorting 100 percent pure John Bolton.”

In short, one can no longer deny that Jim from The Office is a cop. Not the way a police officer is a cop, but “a cop” by the looser definition favored online.

Within left-leaning parts of the internet, to be “a cop” is to ally yourself with the authority of the unjust state. This can be as simple as pulling some narc bullshit (the white people who call the cops when they see black folks in the neighborhood are themselves cops) or as significant as defending the death penalty and fighting to uphold wrongful convictions as a state attorney general (for these reasons, Sen. Kamala Harris is viewed as the most “cop” candidate of the Democrats vying for the presidential nomination in 2020). There are, of course, countless funny exaggerations of this principle, typically in the form of the “Anyone who _____ is a cop,” where the blank ranges from “likes Eric Clapton” to “watches the colorized version of It’s a Wonderful Life” to “believes that daylight saving time is necessary.”

Clearly, by this rubric, Jack Ryan is a show for, by and about cops. But then… has Jim from The Office always been a cop? If Krasinski’s portrayal of “Jack Ryan” cannot shed that undeniable aura of Jim-ness, did Jim from The Office contain a secret cop-ness? It’s hard to argue otherwise, really. For starters, age and the current vogue for socialist rhetoric have not been particularly kind to The Office, a show built on the premise that your shitty, problematic boss is actually adorable, and a good guy at heart — a distinctly cop sentiment. Beyond its whitewashing of managerial incompetence, the sitcom seems to value white mediocrity in general, and the bland, heterosexual domestic situation of Jim and Pam, the co-workers who progress from an unspoken mutual workplace crush to the expected binds of marriage. Cops!

Moreover, several critics have argued that this key romantic pair are the true villains of The Office, with Jim gradually turning into a dick over the years. He’s smug, mean-spirited, unsupportive and often selfish — a cop in the making, you might say. While Dwight, his foil, is cop-like in his actions as a power-hungry tattletale, it’s Jim who ultimately becomes regional manager (albeit temporarily). However often we’re reminded that Jim has dreams and ambitions bigger than Dunder Mifflin and Scranton, Pennsylvania, we can’t forget that, in a more fundamental way, he’s invested in the cultural status quo: the all-American postcard version of adult, professional and family life.

It’s the same stuff that was baked into mid-century literature with help from — who else? — the CIA. The pranks and irreverence don’t change the fact that Jim is a normie, a square, a cop. Compare his overwhelmingly basic desire to buy his own childhood home with Dwight’s family beet farm, and the latter looks like a radical, sustainable hippie commune. 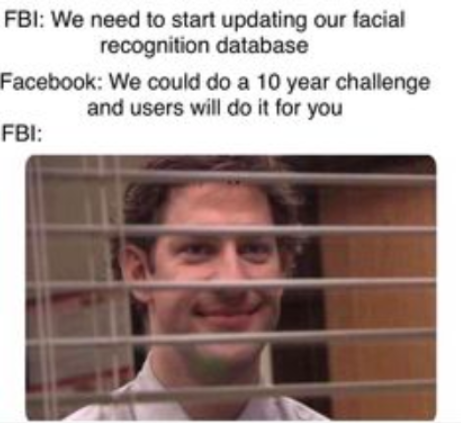 Anyway, yeah, sorry to anyone still retaining a positive opinion of Jim from The Office. He was always a cop, and he was probably only biding his time until Amazon would pay him to be a brawnier, deadlier, more outspoken cop. It happens. I mean, Parks and Recreation may be part of why Joe Biden decided to run for president again, so nobody’s perfect.

Oh, and if I’m assassinated by my own government after this piece comes out, you’ll know why.