July 2019 is turning out to be one long argument against wading into pop-cultural outrages, none of which are what they seem.

A week ago, people rushed to condemn the supposed glut of racist posts attacking Disney for casting Halle Bailey, a black singer and actress, to star in their live-action remake of The Little Mermaid. What they actually did was amplify the handful of troll accounts trying to gin up controversy and bait liberals into a war on essentially nobody. The cynical operation worked, and soon other actors were asked to defend Bailey from a fictional backlash, while far-right media crowed that their liberal counterparts had fallen for an obvious hoax, using the opportunity to blithely announce that “there’s almost no racism in America.”

The state of the male torso in this country is nowhere near as fraught an issue as race, yet we’re seeing how anxiety over masculine physique can misdirect the same energies that warped the Little Mermaid narrative. As it happens, this incident also involves an actor known for an amphibious role: Aquaman’s Jason Momoa was photographed on vacation, shirtless, and this, according to a few incensed folks on Twitter, had led to a slew of body-shaming comments.

Again, the “corrective” take — that Momoa is primo beefcake, and expecting the guy to look as buff as he does in a superhero blockbuster is unreasonable — hit the viral mainstream before any of the alleged shaming did. Indeed, most of us wouldn’t have known these pictures existed were it not for the voices pushing back on a vague and invisible tide of mockery. These crusaders then racked up hundreds of thousands of likes for “calling out” such behavior.

The scant evidence of these remarks came in the form of a screenshot from a Facebook comment thread — it’s the first image in the tweet above. These came from the thread below an Us Weekly post that hadn’t exactly criticized Momoa’s look; rather, it envied the people in Venice, Italy, who “got to ogle Jason Momoa’s Aquaman bod for themselves!” There are currently more than 1,400 comments on the article but no trace of a pile-on regarding a weight gain or loss of muscle tone. The exceedingly rare criticisms to this effect were ignored or met with forceful resistance from fellow commenters. Meanwhile, the vast bulk of the chatter was implicitly if not openly horny, or people tagging their friends to come take a gander at Momoa’s bare chest. A more representative sampling: 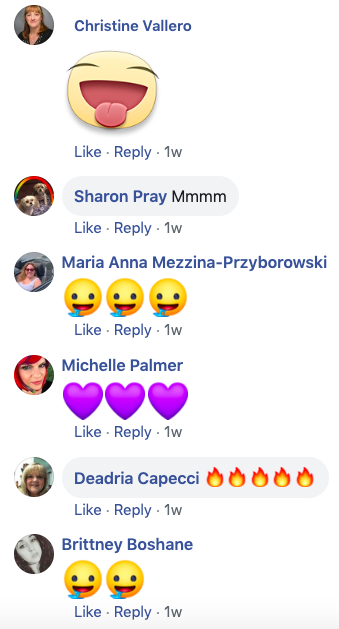 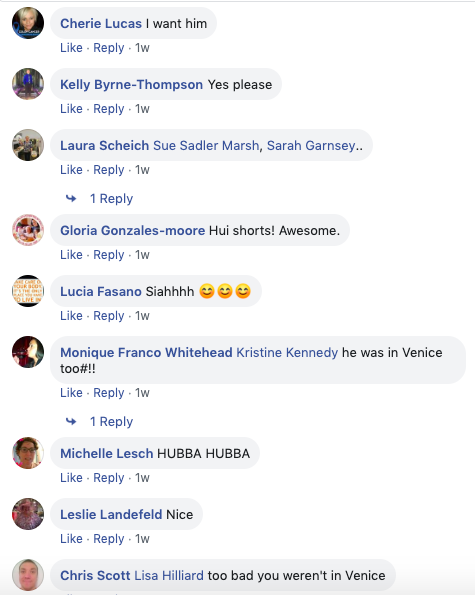 In other words, a pretty standard response to a celebrity rag sharing images of a well-known hunk. So what are the broader outcomes in fabricating a spasm of body-negativity by cherry-picking three or four mild examples? For one thing, it provokes the toxic mindset it claims to be challenging. The mainly theoretical villains who went after Momoa, said defenders on Twitter, were “dumpy middle-aged women,” “bucktoothed cross-eyed bitches built like a Maytag” and probably “face-fucking a bag of Oreos.” Fight fire with fire, I guess, but it’s an odd hypocrisy.

To falsely propose that an army of haters have ridiculed Momoa’s “dad bod” also reinforces the very insecurity we’ve encouraged men to overcome. The common refrain was, “If that’s a dad bod, what do I have?” It’s doubly discouraging when you suss out the standard imagined here: Once you get impossibly chiseled, any slight deviation from that will be a greater failure than never being ripped at all. How easily we slide from there into what comedian Josh Gondelman described as the “why bother” fitness regimen — if they can’t be perfect, there’s no point in trying for washboard abs.

Moreover, the fake, one-sided debate over Momoa’s appearance feels like a convenient sidestep for a gossip industry built on invasive paparazzi shots. Far more than disparagement of the actor, the Us Weekly thread includes complaints about the encouragement to “ogle” or objectify him, the sentiment that he should be “left alone” while vacationing with his family and amusement that the magazine presents shirtlessness as some kind of bold, exhibitionist choice for a man hanging out at a pool.

Then, too, there is the awkwardness of choosing to portray Momoa as a victim of the public’s un-woke attitudes when he’s had to apologize for making a rape joke and reportedly tore pages out of whatever book Aquaman co-star Amber Heard was reading on set so she’d pay attention to him.

That isn’t to say Momoa deserves contempt for his current build, but as we’ve established, the measure of that was insignificant — and so there is no good reason to make him a proxy in this battle, only good cause to reconsider his value to any progressive agenda. The spoils go not to regular guys, or the activists working daily to combat harmful stereotypes and expectations around the body, but the clout-chasers who saw an opportunity to scold a nebulous mob that wouldn’t retaliate, simply because it wasn’t real.

The tweets and articles had it both ways, inventing the fire they wanted to put out. Did this help anyone accept their own beer belly? Hmm. Pass me a cold one.